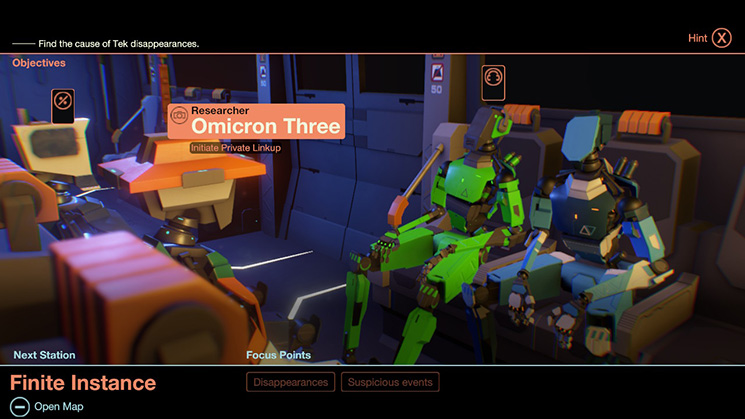 In Subsurface Circular you take on the role of Detective Tek James One One. Teks are robots controlled by management to take care of many tasks that are required for the well-being and confort of mankind. These include Teks for construction, medicine, communications, nursing, entertainment, police work, and more. The whole game takes place during a ride on a train that transports Teks to and from their many tasks, and it’s all based on the conversations and interactions that James One One has with the Teks that ride on the train during each segment of the game. 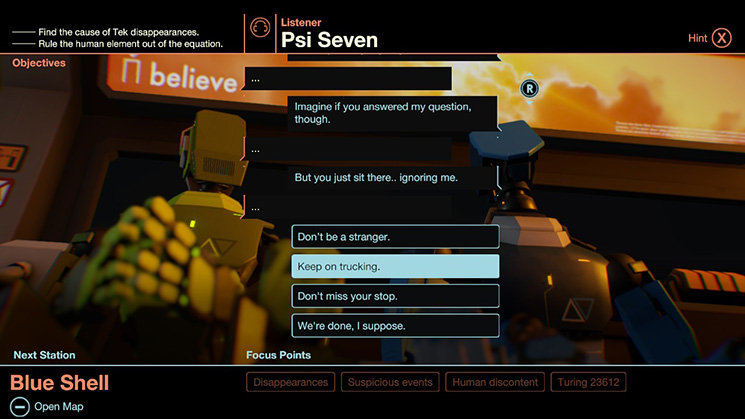 At first it seems like you’ll have a regular day, but you soon run into a Tek who says one of his friends has gone missing… and that he’s not the only Tek that is unaccounted for. This opens up the door for an intriguing tale in which several potential conspiracy theories are floated around to motivate players to get to the bottom of things to find out what is really going on. 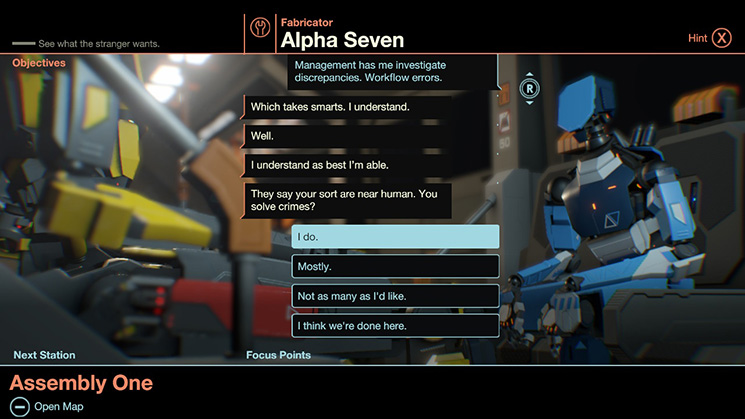 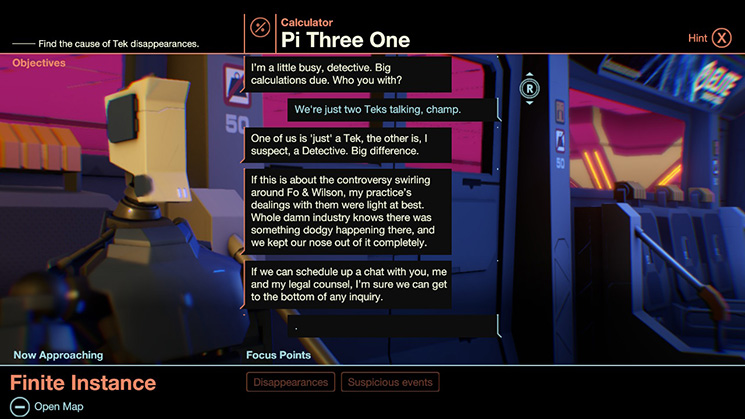 Since gameplay revolves around conversations, as you progress further in the game you will unlock new talking points which you can bring up when interacting with other Teks to inquire about specific information you need to acquire. Some Teks won’t have a clue about what it is you’re talking about, others might close up entirely and refuse to acknowledge your questions… but some will react to them and prove to be very valuable for your investigation. 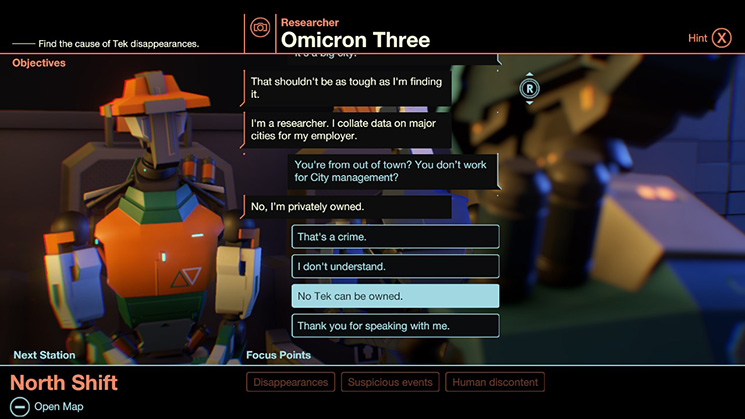 Once you complete the game you will unlock a concept art gallery that will show you part of the work done for creating the Teks, the train cart you spend the whole game in, the UI and how conversations are presented, etc. You will also unlock a development commentary to learn more about how the game was created, and how this is presented to players fits perfectly into the game’s gameplay. You’ll see what I mean once you finish the game and take on this commentary. 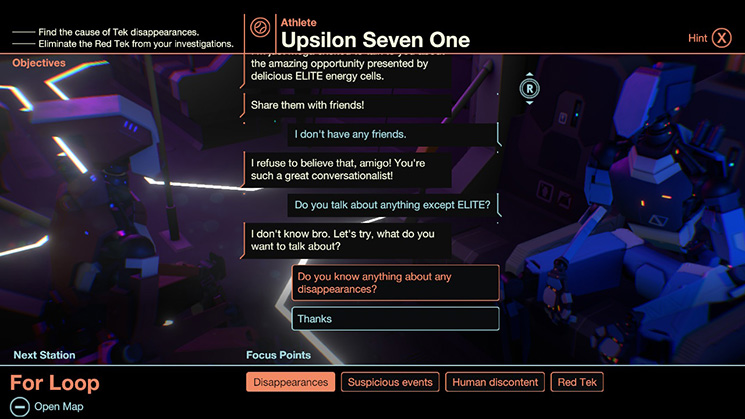 Subsurface Circulas is a great adventure release that shines on the Nintendo Switch. The HD rumble ads to the overall feel of the game, and the music greatly complements the overall experience to give us a short but great indie release that is one of the best game’s on the Nintendo Switch. The game looks great on TV and on the Switch’s screen, with a solid art style that shines on Nintendo’s hybrid console.

Disclaimer
This Subsurface Circular review is based on a Nintendo Switch copy provided by Bithell Games.

The Adventure Pals Now Out On PlayStation 4