SEGA is back on PlayStation 4 with the highly anticipated Yakuza 6: The Song of Life. Come check out why this is a must-have game for Sony’s home console.


Yakuza 6: The Song of Life is the first entry in the long-running series that has been built from the ground up for PlayStation 4, which makes this one the best looking entry in the franchise. Yakuza 6 is built on the Dragon Engine, and you will notice that everything and everyone around you just “pops.” The grass is greener, the city and its neon lights and colorful displays are more detailed and truly shine, and the characters in the story, particularly during cut-scenes, look the best ever – you can see the wrinkles on Kiryu’s face, the sweat on the face of the Triad thugs you battle, the wind blowing all around you. 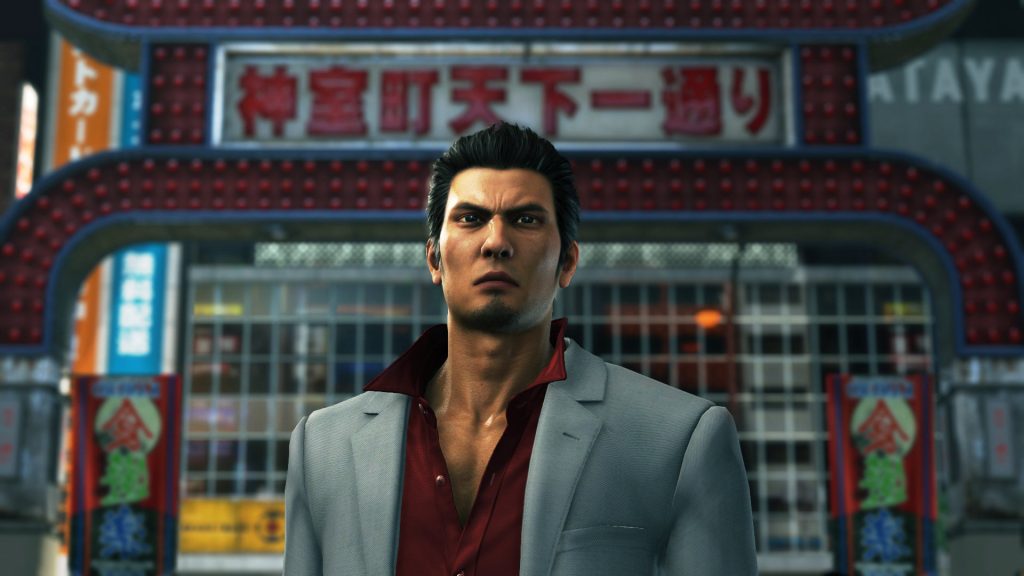 The sixth game takes place roughly three years after Yakuza 5 and, according to the development team, this is the last entry in the series that will focus on Kazuma Kiryu, the Dragon of Dojima. After spending three years in prison, Kazuma Kiryu finds out that former idol Haruka, who he cared for as if she was his own daughter, has gone missing. He sets out on a quest to find her to learn why she left and what has happened in her life over the last three years. Without going too much into spoiler territory, Kiryu does find out what happened: Haruka is in a coma… and she has a baby named Haruto. It is your job to keep Haruto safe while you try and find out why Haruka was in the accident that led her to be in a coma. 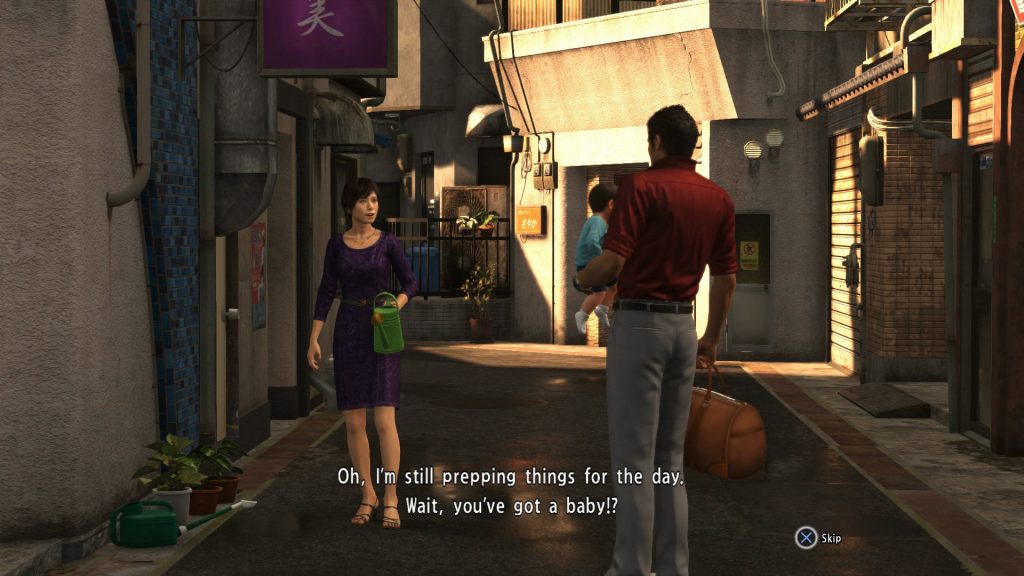 You will visit Kamurocho, the main setting of the Yakuza series, to try and find the clues that will lead you to the truth, and you will eventually end up at Onomichi, another town with a different set of characters, different activities, schedules, mini-games and more. The new location helps to keep things fresh, and is a nice change of pace to what you would usually do at Kamurocho.


This being game number six might make you think that you need to have played all previous games to know what is going on in Yakuza 6: The Song of Life, but that is actually not the case. If you’re new to the series, you will get some info on what happened in previous entries as the story develops, but you can also dive into the Memories section to learn a lot more about the franchise and its characters. And if you want to learn even more, you can visit the Yakuza Experience website yakuza.sega.com/experience for even more information as well as a digital comic for you to check out. 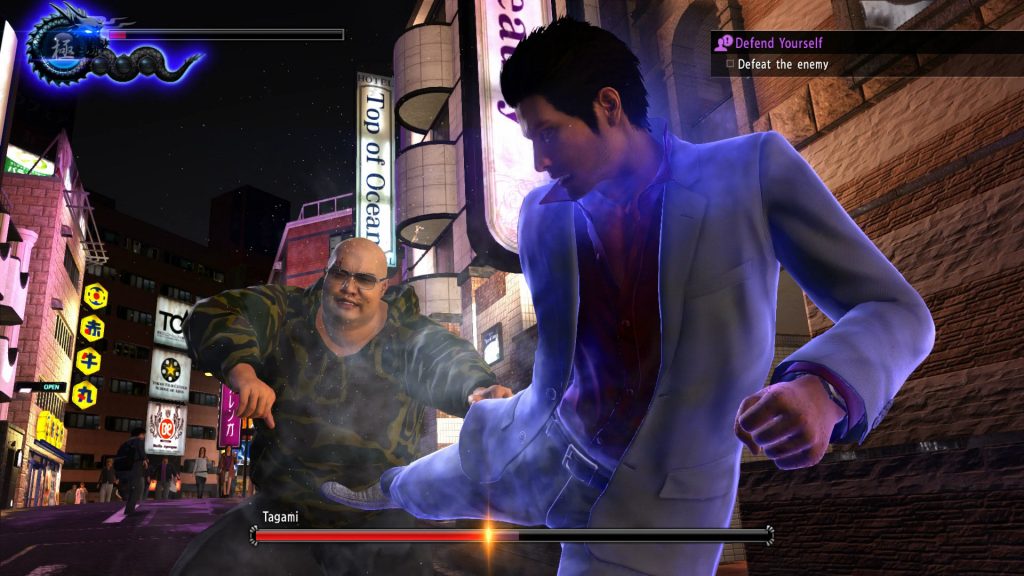 There are less mini-games in Yakuza 6 than what we got to play in the last release which makes sense since, as I mentioned before, this is the first “made for PlayStation 4” entry in the series. You really can’t argue with being able to play Virtua Fighter 5 Showdown and Puyo Puyo, as in the actual games, inside of Yakuza 6: The Song of Life, right? There’s also fishing, baseball, darts, going to the gym, interacting with hostesses, and even cats. Yes, cats. This is all on top of the main story and all the fighting you will do, making this a very packed entry in the series. 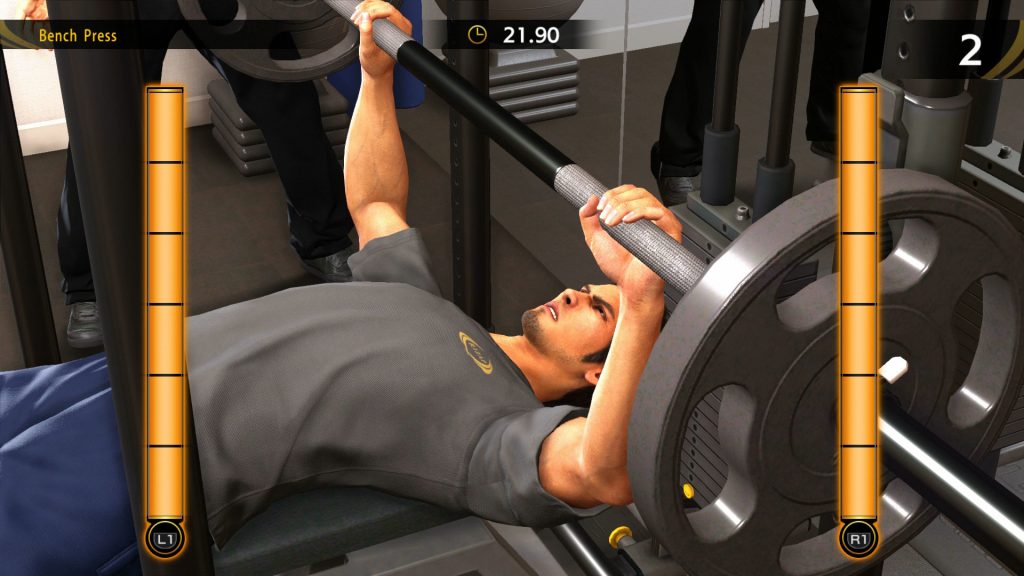 And then, there’s Clan Creator. For this mini-game you are given the chance to build the Kiryu clan so that you can battle it out against rival clans. Kiryu is obviously the chairman, and you’ll have a Captain, and Advisor, Lieutenants and Soldiers to assign so that they can level up as they take part in each fight. You’ll be out scouting and recruiting new members to take them on massive all-out battles that play out as sort of an RTS. SEGA has been giving out specific codes for the Clan Creator mode, so be sure to check out the trailer below to get you started, and check out the game’s website and social media accounts as well! You can even take your clan online and battle other clans from players around the world to see who really is the best there is.

Trophy hunters will be happy to learn that Yakuza 6 features the most straight forward and less time-consuming trophy list in the series. There’s only one missable trophy, but as long as you pay attention to it and take care of things during the proper chapter in the game (make a separate save at the start of each chapter just in case you’re too stubborn to look up which trophy I’m talking about!), then you’re set. There’s also the trophy that asks that you finish the game in Legendary difficulty, but what this really means is that you should make a separate save before the final part of the game so that once you beat the game once on Normal or Hard you can load that save, change the difficulty to Legendary, and then do the final part of the game again. Overall, you’re looking at 30-40 hours total to get your Platinum which is nothing compared to the 120+ hours you would need to get the Platinum for Yakuza 5. 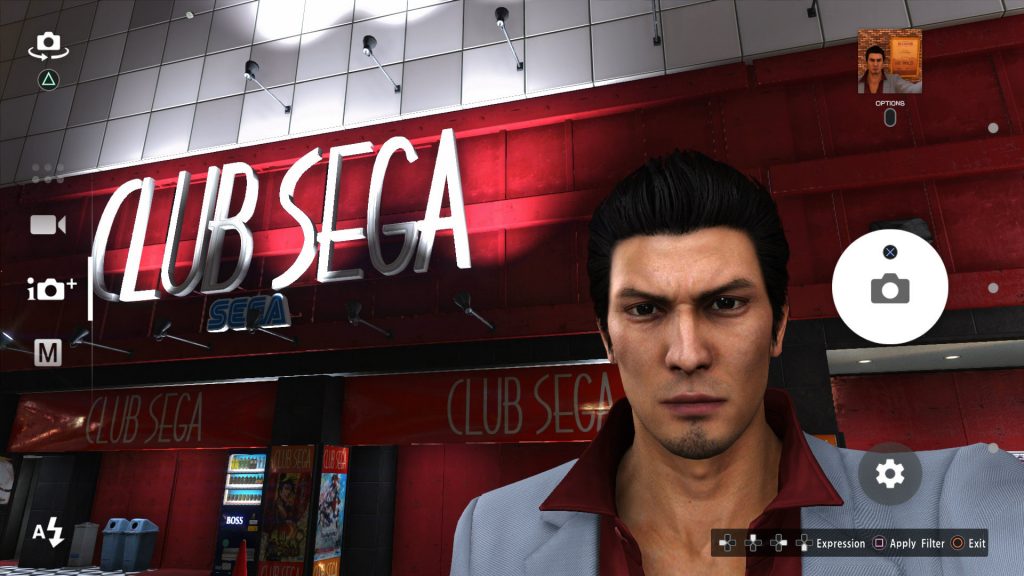 Yakuza 6: The Song of Life is a must-have game on PlayStation 4. The end of Kazuma Kiryu’s run as the main protagonist of a series that start way back on the PlayStation 2 goes out with a bang, giving us the best Yakuza game ever. It will be very interesting to see where the team takes the franchise after this one, but after seeing what the Dragon Engine can do, I’m sure it will be a gorgeous entry that will keep the drama and the action going strong. 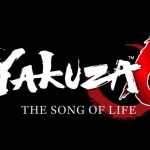 Yakuza 6: The Song of Life Review

Excellent end to the story of Kazuma Kiryu

Disclaimer
This Yakuza 6: The Song of Life review is based on a PlayStation 4 copy provided by SEGA.

Minit Set to Launch On PlayStation 4 On April 3