This is a double review for Under Night In-Birth Exe: Late [st]. The game was played by ThaRaven403 and EdEN. This review presents what they both had to say.

As far as the gameplay is concerned, it’s actually an easy fighter to pick up since there are only three attack buttons (light, medium, and hard attacks), while a fourth button serves for special inputs like throws and some special moves. But if it’s an easy fighter, why did the developer go and add a tutorial mode with close to 200 lessons? Quite simply, because the game is easy to pick up, but if you want to sharpen your skills and master your craft, you’ll have a lot to learn, and this mode is there to give you a lot of the help you need to get there. 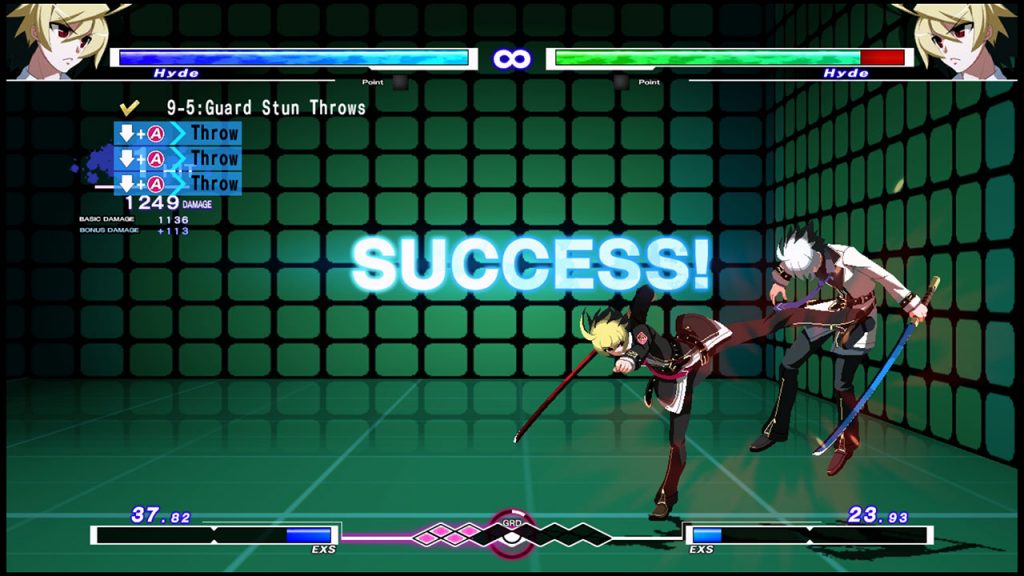 And if that wasn’t enough lessons for you, this release also includes a new mission mode, which is basically a ton of tutorial lessons specifically set for each of the 20 characters available in the game! While the beginner missions will be pretty easy to do, the more advanced techniques will require some perfect timing and some serious skills that should help you raise your game to another level.


Another mode that was added (yes another one!) is Chronicle Mode. This one will have you stepping away from all the fighting to enjoy a rich visual novel story, separated into multiple chapters, to see all the events and character interactions that lead to the events you see in Arcade mode. At about 10 hours or so, it does a really nice job of filling you in on the story, both for newcomers and fans of the original. 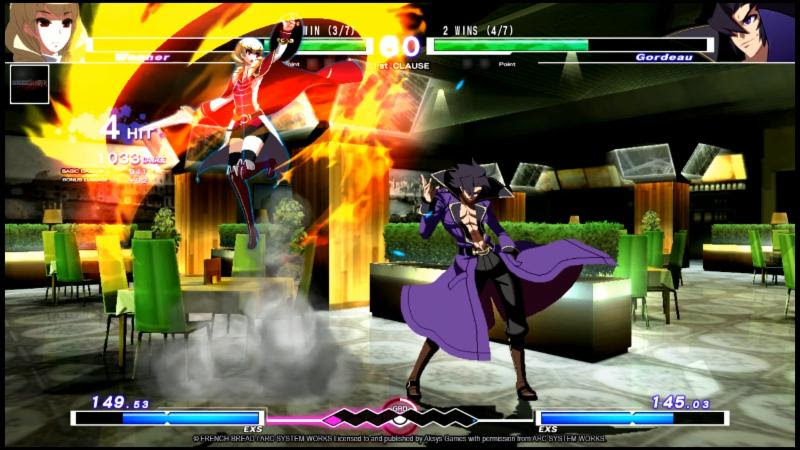 Apart from all the modes new to this release, you’ll also be able to treat yourself to all the classic modes you regularly find in fighting games: the aforementioned Arcade mode in which you take on ten opponents with short story scenes here and there between the fights; Score Attack mode where you’ll fight to score the most points to get to the top of the leaderboards; Time Attack mode where you’ll compete to finish in the shortest time possible; and Survival mode where you’ll try to defeat as many opponents in a row as possible before you are defeated. Versus and Network modes are also present if you want to spar with a friend for some couch competition or if you want to take the fight online.

While I love fighting games, I rarely play them because I am casual at best, and most of them heavily focus on the online aspect, I end up getting wrecked online and quickly lose interest. With this one, it was a totally different experience since I felt as if the focus was more about giving us a great single-player experience, with several extra modes for that as well as the usual modes that more hardcore players love. 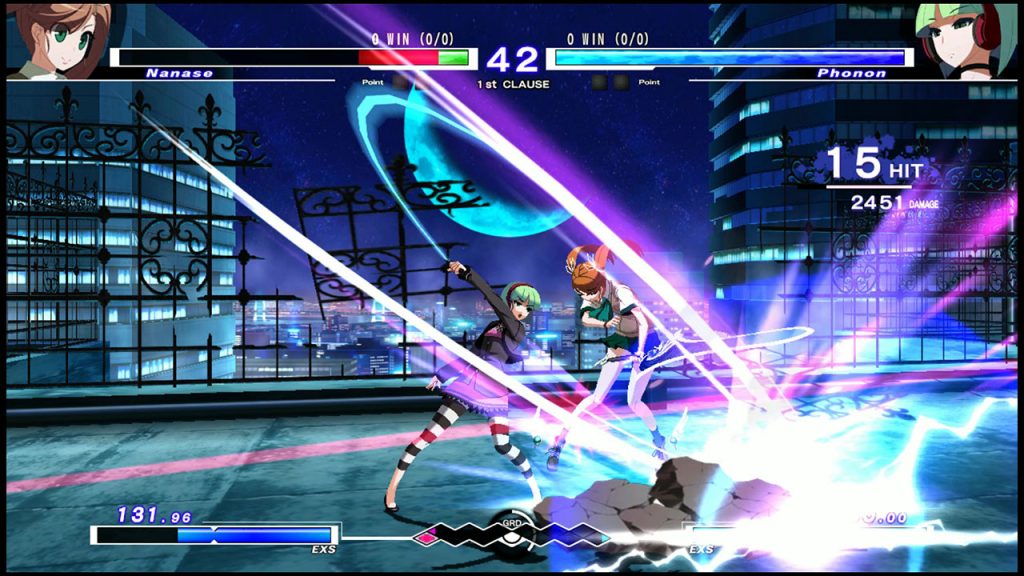 The first mode I tried was Arcade, on the easiest difficulty, just to get a feel for the game. After obviously getting through all the stages, I went into the tutorial and mission modes to learn a bit more about the mechanics, to eventually crawl back into the other modes and finally back to Arcade on a more difficult setting. It was, of course, harder during that second go, but still doable with some efforts and patience thanks to the extra practice I had.

While I’m not a visual novel fan, it was nice to give my fingers a break here and there while watching the chronicles and getting some information on all the things around the main setting for the game. And speaking of visuals, I can’t remember the last time I’ve seen such a beautiful 2D fighting game, with detailed characters, almost as if they were taken straight out of an anime, which allowed them to really stand out from the background.

If you’re a collector, this means that if you want a physical copy of this game to add to your collection you will need to get a PlayStation 4 one since the PlayStation Vita and PlayStation 3 versions of this very fun fighting game are only available digitally – makes sense since it’s been a long time since a game was released physically on PS3 but it does seem a bit weird for the Vita which still gets a ton of physical releases. 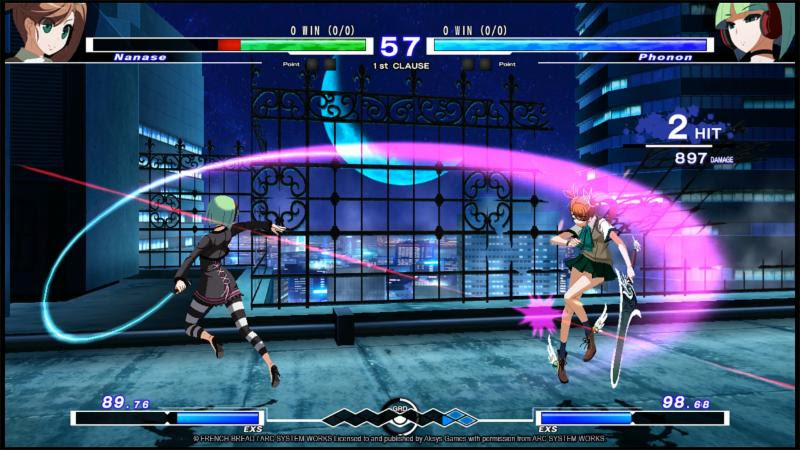 The fighting part of the equation is solid, and characters control like a charm, which is definitely a must for a fast-paced fighting game. The basics are simple to understand so that players of all skill levels can join in on the fun, but the game also has additional layers with extra systems and abilities for hardcore players who want to take things to the next level.

Under Night In-Birth Exe: Late [st] has 20 characters from which to choose from with play styles, abilities and combo capabilities that help to differentiate them. There are 20 characters in this release thanks to the addition of four new fighters added to this [st] version – Phonon, Mika, Wagner, and Enkidu – which is always a welcome feature. The previous PlayStation 3 version of the game, which added the Exe: Late over the regular Under Night In-Birth arcade version, added four fighters to the mix over the original arcade release, which means that this PS4 version has almost twice the number of fighters than the original arcade version had.

The game’s massive story mode, known as Chronicle mode, allows players to fully enter visual novel territory, with a large adventure to, well, read through (hence the visual novel name) in which characters and their interactions allow players to take a closer look at the lore behind the Under Night In-Birth Exe: Late [st] universe and everything that makes everyone tick. Sure, this mode is definitely not for everyone, but it doesn’t hurt to have a huge 8-12 hour visual novel in a fighting game, right? 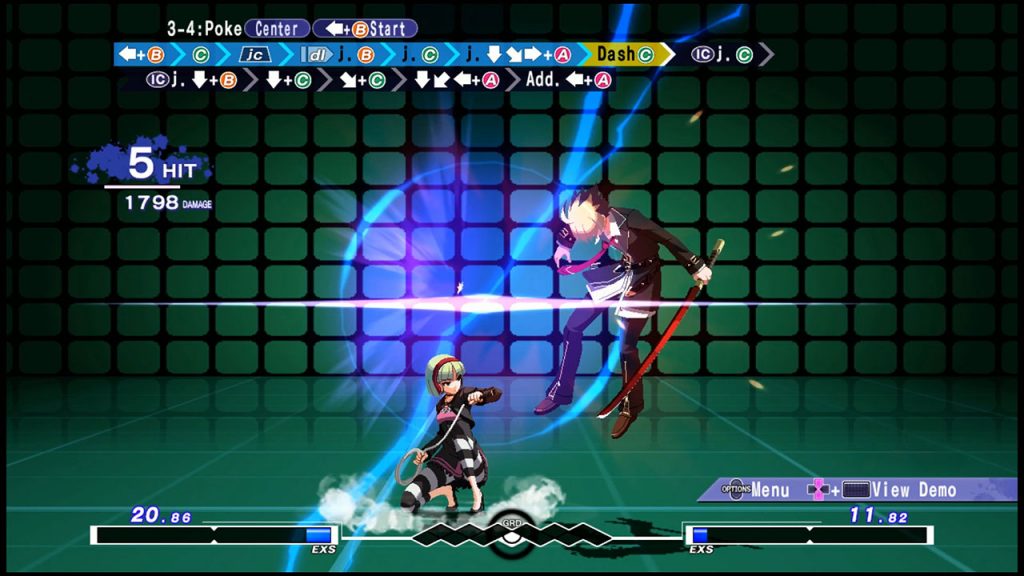 Trophy wise, my first suggestion is to give the Tutorial a go and to complete all of it before you even go into any of the other modes in the game. This will help you learn the basics as well as some advanced techniques and skills you are definitely going to need to know before you try to beat AI opponents on your way to getting enough experience with the game to take the fight online… and it will also allow you to unlock several trophies for your trouble. The great news is that, as is the case with most fighting games, there are no missable trophies in this one, so if you stick with it you could have a new Platinum trophy in around 10-12 hours or so which, considering the Platinum for Street Fighter V would take you AT LEAST 50+ hours to get, is great news for trophy hunters.

Final Thoughts
Aksys Games have done an awesome job with this game. It is both interesting for the casual and advanced players, and has more than enough content to keep you busy for a while. The only downfall for this game is that it was released in the same time as some major AAA fighting games that might make you not see it, but if you like 2D fighters, this one is a must-play on PlayStation. 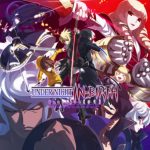 Disclaimer
This Under Night In-Birth Exe: Late [st] review is based on PlayStation 4 copies provided by Aksys Games.

Telltale’s Batman: The Enemy Within Season Finale Out March 27