[PS4] The Witch and the Hundred Knight 2 Review


I absolutely loved the original The Witch and the Hundred Knight which released on PlayStation 3 before getting a revamped release on PlayStation 4 – which I got a chance to review. The cast was funny and likable, and the graphics and gameplay were great. I didn’t think there would ever be a sequel, so when The Witch and the Hundred Knight 2 was announced, I knew I wanted to review it.

The Witch and the Hundred Knight 2 has a different cast and a whole new story, but the gameplay mechanics remain largely the same. In this sequel a little girl called Milm contract’s a disease known as Witch Rot which turns its victims into evil witches – it is apparently a contagious disease. After the village has threatened to kill her, Milm and her older protective sister Amalie decided to flee. They find sanctuary in a clinic that tries to cure Witch Rot with surgery… but unfortunately the operation fails and Milm is turned into a full-fledged evil witch, naming herself Chelka, and her bear became her Hundred Knight. 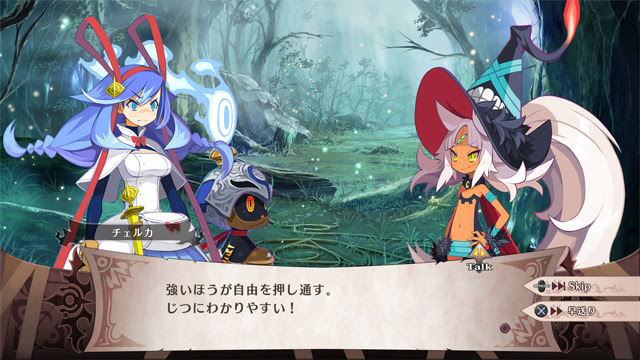 You can control the Hundred Knight with a mechanic called Self-Assertion. If you ask Hundred knight a specific question or issue an order, he can either answer with Affirm or Deny, which will impact the story and open the way for one of the possible endings, so be careful with what you do every step of the way!


Hundred Knight does the heavy lifting, so it will earn new skills as you play. By making use of AP, he can use his active skills, which include things such as rapid attacks or massive hits that damage multiple enemies. All skills can be leveled up using skill points that are earned from when the Hundred Knight levels up. There’s also the option of crafting weapons and items from the ingredients you get from defeating enemies or from treasure chests scattered in every corner of the game world. 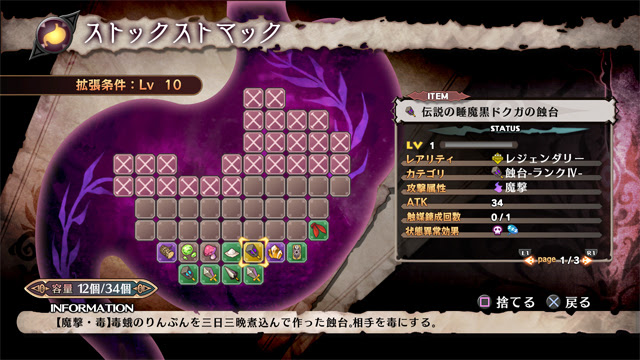 Another gameplay mechanic that makes a welcome return is Hundred Knight’s stomach stock. As he levels up he will earn an extra slot in his stomach to store more stuff, but upon his death his stomach is emptied and he will also lose a weapon. Being able to store more stuff is great since it will allow you to keep valuable food ready to be used in order to keep your GigaCals up so that you don’t end up dying while exploring.


Hundred Knight can equip five weapons at once, plus some armor and two accessories. The order of the weapons will determine how much damage they will do and the type of combos you will dish out. For example, sticking to five swords can add stacking bonuses, but mixing up the weapons like two swords, a lance, a mace, and a staff can cause a different type of damage that might be more useful against some enemies or bosses, so there is definitely some room for experimenting. 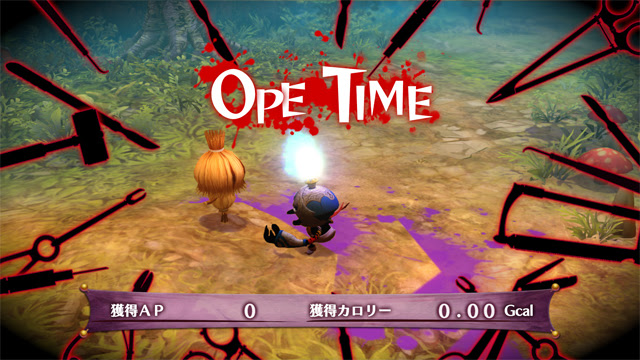 Something else you need to consider is Facets. Hundred Knight can go into battle with a maximum of three Facets, which are different forms for the knight that can affect how it can act during battles. More Facets will unlock as you progress in the game, so you will need to plan which Facets to take with you before heading out to explore. Facets can be switched in battle by using the L2 and R2 triggers, so be sure to experiment to see which one is best for each enemy type you run into.

Another returning favorite is Tochka, minions that Hundred Knight can summon to aid him, and for this sequel there are some new onews to try out! Some Tochkas cantake out multiple enemies at once while others can act as tanks. With these and the Facets you have many different options for how to take on the game, so you’ll certainly be able to find the right combination to help you on your adventure. 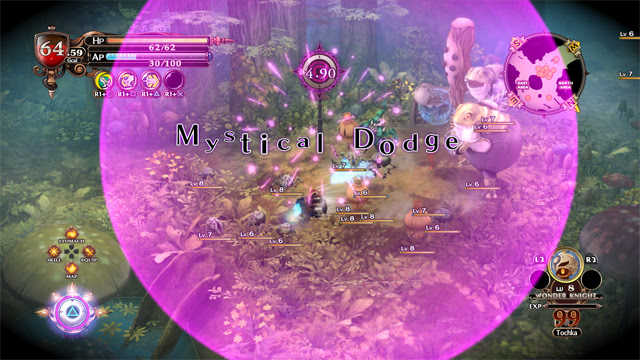 There is a lot of returning stuff in this sequel but it also has some new things that will make fans of the prequel have even more fun with The Witch and the Hundred Knight 2. I loved the first one so I do miss Metallia, but Chelka is definitely a fun character to take on for this sequel. She’s just as sassy and feisty as Metallia, but with some extra layers that make this new game feel very fresh. If you’re in the mood for a new action RPG on PS4, then this is exactly what you need!

Disclaimer
This The Witch and the Hundred Knight 2 review is based on a PlayStation 4 copy provided by NIS America.