Little Red Lie is an interactive fiction experience that riffs off of the classic ‘nine-verb’ adventure game format by allowing players a single mode of interaction with the world around them: LIE.

A contemporary adventure game about debt, family, and the truth about honesty.

Little Red Lie started strong by asking right in the intro some very personal questions about my finances, salary range, etc., saying that it would affect the narrative events. We get a disclaimer that this information will be treated confidentially and will only serve for the game’s presentation. Intrigued by how far this would lead me, I entered the requested answers and begun to play.

The intro talks about two different worlds: reality versus dystopia. While dystopia is supposed to be the bad one to be in, the writing made me feel like reality was already at least as bad as dystopia. As you can already guess, this game talks about mature issues and topics, as was the case with Actual Sunlight, and this can easily be seen during the intro to the game when you play as one of the main characters. 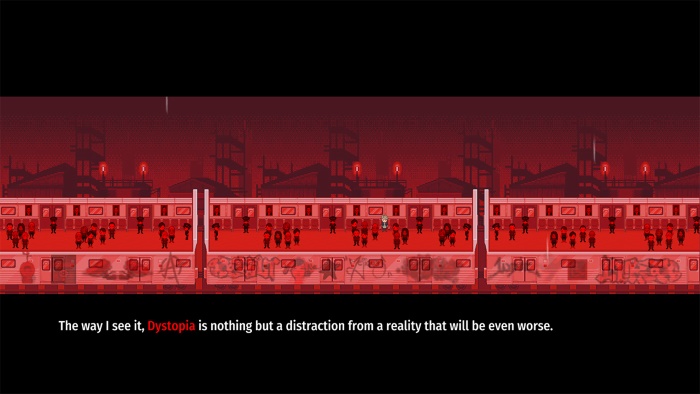 Once the introduction was completed, I was in control of a girl named Sarah who is living in the Toronto area. She has internal struggles, and we’re with her to follow what happens. There is a lot of dialogue in the game, usually with the choice of answering with one out of three possible replies, but it felt like the different answers didn’t directly lead to branching conversation options – it did, however, still feel as if some answers were kept in memory for future conversations. Once I completed a small segment with Sarah, I got to switch over to Arthur who’s giving a conference while mostly looking down on people who don’t have a lot of money. Then after a little while, we switch back to Sarah. I liked how the story was written and when we switched from a character to another to follow their stories in a parallel fashion.

There is a lot of dialogue through Little Red Lie, and the characters do swear a lot, as people tend to do in real life, which is another reason why this game is aimed at a mature audience. The writing is similar to Actual Sunlight, which, to be honest, is very depressing and definitively not for anyone. The characters will get to you in different ways, and you might finish your play session feeling depressed about their life… and your own.

Ah, Little Red Lie, and interesting experience of a game you definitely need to play on PlayStation 4 or PlayStation Vita. As Ceidz said, you will get to play as two different characters with a very different view on life and how it’s fair/unfair to them/to everyone else or how one of them doesn’t care about anything that isn’t going to benefit him in some way.

The game’s controls are very simple and to the point, since you’ll only need to worry about moving your character around with the left analog stick or the D-Pad so that you can interact with characters and objects by pressing the X button. Objects which can be interacted can also be highlighted by pressing the Circle button just in case so that you don’t miss any of them. 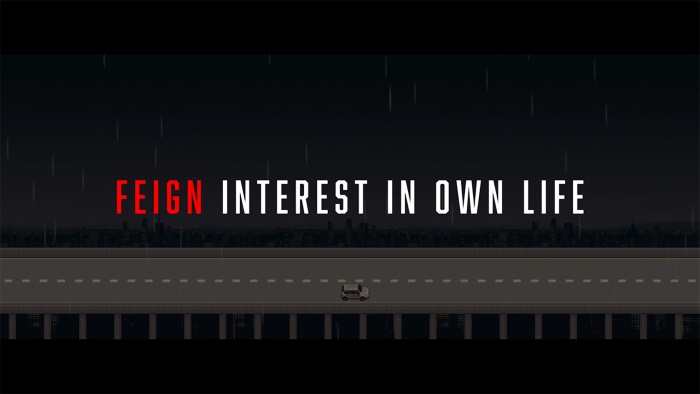 Sarah has been fired fired from her job, but she still hasn’t told her parents about it. Her mom has been sick for a long time now, her father has retired, and her sister is a compulsive buyer who uses her online presence to try and make a living… without ever leaving her room as she spends more than she makes, driving up a debt of several thousands of dollars in the process. When her father tells her that things are not going well with their finances, she’ll need to be careful, so they don’t learn about her own predicament.

Arthur, on the other hand, is someone who has a lot of money, cheats on his wife with prostitutes, snorts drugs to keep himself mildly happy, and makes a living by lying at people in motivational seminars, convincing them to hang in there, do things right so that they can reach their goals, and other crap people like to hear so that they don’t feel bad about having to spend money to hear someone tell them they’re on the right track to success instead of how they’re digging a hole for themselves from which they won’t be able to get out. Arthur does not give a damn about anyone else and is, for some reason, bored about making so much money. Fun guy, right? 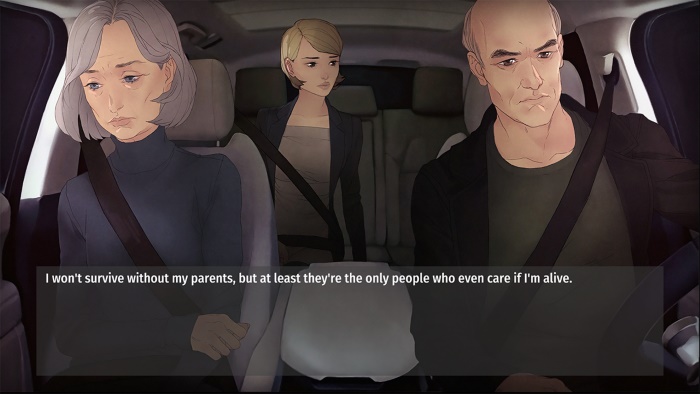 The game has a trophy list with several missable trophies, which is why if you want to get all trophies you should focus on the trophy descriptions while you play as Arthur. As you play as Sarah the only thing you should be taking care of is talking to every NPC you find for the Great Guy trophy. I suggest you enjoy the game and not put too much effort into trying to unlock each trophy since there’s a way to unlock all of them once you’ve finished the game – just do some browsing to find the way to do it.


Final Thoughts
Little Red Lie is a very interesting release on PlayStation 4 and PS Vita that will definitely make you think about life and your actions. Its theme and the narrative in the stories of Sarah and Arthur will hit a bit too close to home for some, but that only means the story is believable and rooted in reality. It will make you feel uncomfortable, it will make you feel a bit depressed, and it will make you take a look at how you behave in your day to day, which is definitely not something many games can manage to do.

Disclaimer
This Little Red Lie review is based on PS Vita and PS4 copies provided by WIZOGI.

Genesis: Alpha One Coming To PlayStation 4