Originally released on PC after a successful Kickstarter campaign last year, Pinstripe is finally out on PS4. Will you be willing to take the trip through hell in this game created by a one-man team? Learn more about it in our Pinstripe review!

The game kicks off with you, an ex-minister named Teddy, traveling with his three-year-old daughter Bo, riding on a train in the afterlife. After an encounter with the shady and mysterious Mr. Pinstripe, your daughter is kidnapped, and the train crashes… and from there you will be on a quest to find Bo, all while discovering more about your past and what lead to the events you are currently experiencing. Speaking more about the story would spoil things, since the story is definitely one of the highlights of the game.

As for how the game plays, you’re pretty much exploring the map in a typical 2D platform adventure. From time to time you’ll encounter monsters that you can shoot with your daughter’s slingshot, and other than that you’ll be solving puzzles. None of them are too tricky, but some of them will require you to carefully examine your surroundings, sometimes backtracking a few screens at most to trigger other parts of the puzzles. 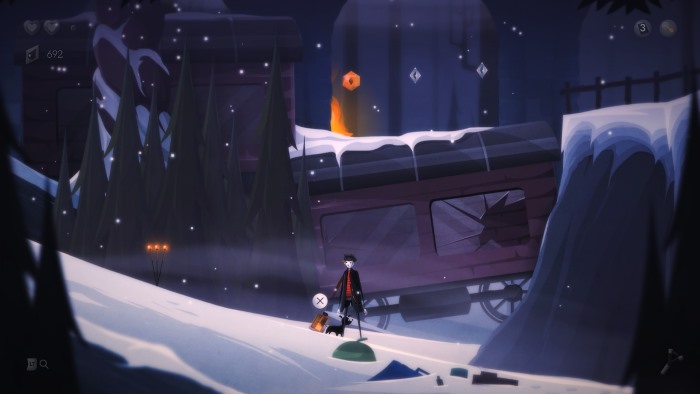 Now let’s talk about how the game looks. The first thing that came to my mind when I saw this one was “Tim Burton.” If you are a fan of the visuals from many of his movies, then you’ll love the way this game is rendered. Although we’re technically in hell, where everything should be dark and spooky, we get to see snow and a few other things that clash with the typical way this world is usually portrayed. The music also comes in to add up to the already great atmosphere created by the visuals.


At first, having read absolutely nothing about this game, I thought I’d be playing the whole game with Bo by my side, with her helping me solve puzzles here and there. So when she ended up getting kidnapped, I was already ready to go on that quest to get her back. What would seem as your typical “hero rescues damsel in distress” scenario evolved into something much deeper, something that made it worth it to finish the game.

The level of challenge of the puzzles was satisfying for me, with just enough difficulty to challenge me a bit here and there without losing the focus on the story. I’ve already mentioned this in other reviews of similar games, I don’t like when games that want to focus on the story give you some mind-bending brain-melting puzzles, and fortunately for me, Pinstripe was not like this. 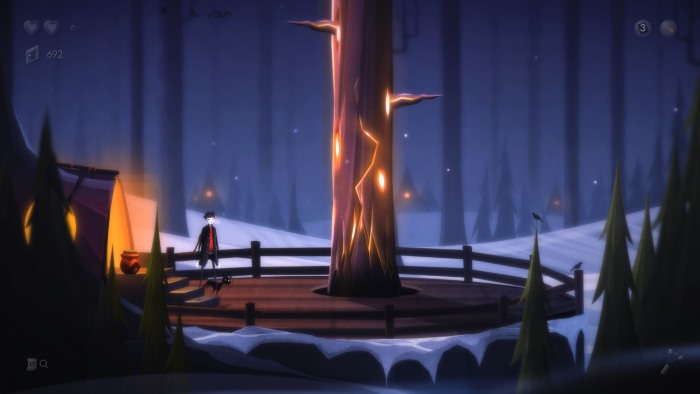 Although it’s obvious at this point that I enjoyed the game, there is one aspect to mention that positively influenced my appreciation. Whether it is for music, movies, or video games, I tend to appreciate media more when the person or the people behind it have an interesting backstory or persona. Pinstripe was created by a single man. The music, the visuals, the story, the programming, everything. For me, this is something that makes the game shine even more.

As far as the trophies are concerned, this game has a fairly simple list, although it will require you to have a complete playthrough without any kind of damage, whether it is from enemies or from jumping into holes. Fortunately, the game is not a long one (expect something between 3 to 4 hours), so additional playthroughs won’t be too painful to do and will add some replay value. There is also the fact that your dialog options can fork into two different endings that are required for the 100% trophies (no platinum, sorry!), so you should be at least going through hell twice with this one. 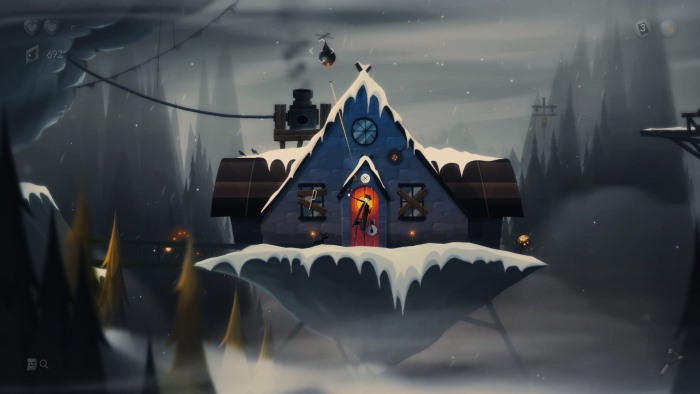 Final Thoughts
Atmos Games, a.k.a. one-man team Thomas Brush, created a nice little gem in Pinstripe on PS4. The atmosphere is great, the visuals are splendid, and most importantly, the game is fun and has quite the captivating story. This is not the last of Atmos Games since there’s currently a Kickstarter campaign for Once Upon a Coma for a Steam and Nintendo Switch release, so maybe we also end up getting the game on PS4 as a stretch goal!

Disclaimer
This Pinstripe review is based on a PlayStation 4 copy provided by Atmos Games.

PlayStation Plus For March – PS4 Edition