Iron Crypticle from Tikipod is a single player/multiplayer twin-stick shooter set in a fantasy realm. Learn more about this fast, action-packed release in our Iron Crypticle review!


The game is, at its heart, a twin-stick shooter, and that means you’ll move around with the left analog stick and aim/shoot with the right analog stick. You can also dash to evade attacks or use a powerful attack that will eradicate all enemies and enemy shots around you in case you find yourself in trouble – just be careful since this is a single use skill so you will need to find the mighty iron fist icon to be able to add a new activation to your arsenal. You can also activate magical scrolls with abilities to make your life easier, as long as you find a magic scroll or two in chests or as a random drop. 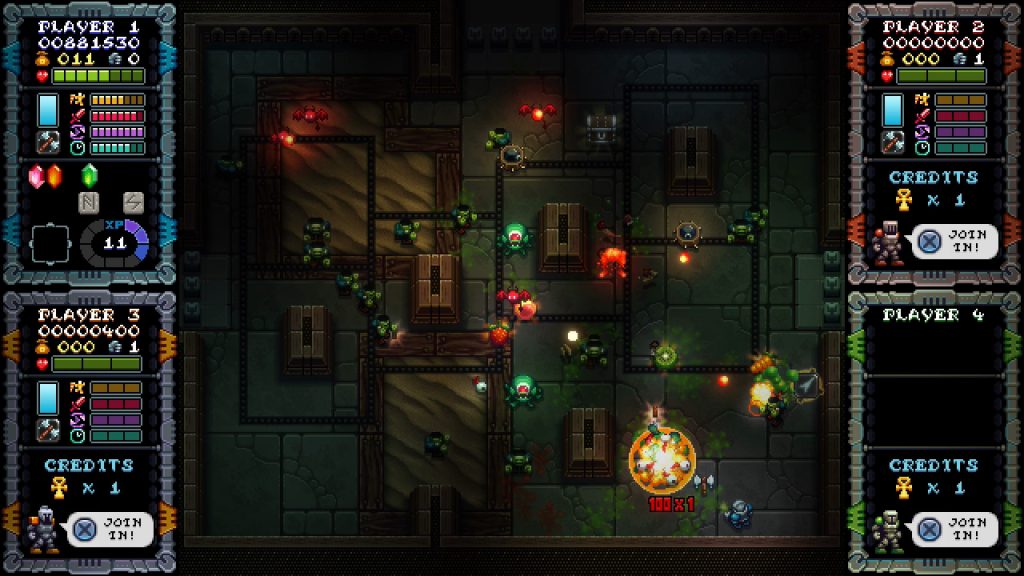 Once you start your run, you will be placed on the first floor with a set of randomly generated rooms. As you play the game, you’ll notice that each room has more than one way out, and the exit you take will dictate what path you end up going through in that floor’s map as you work your way towards the boss. Along with the regular rooms with waves of enemies to defeat, you’ll also run into set rooms such as the Catacombs, the Mud Pitts, and there is also a merchant where you can spend your hard-earned gold coins to purchase upgrades to your stats and other items that will aid you on your run. Oh, and you can even find an arcade room where you can use your coins to play a fun and minimalist 2D platformer where you can recover your investment and then some – not to mention it’s a fun mini-game that can also allow you to add a trophy to your collection. 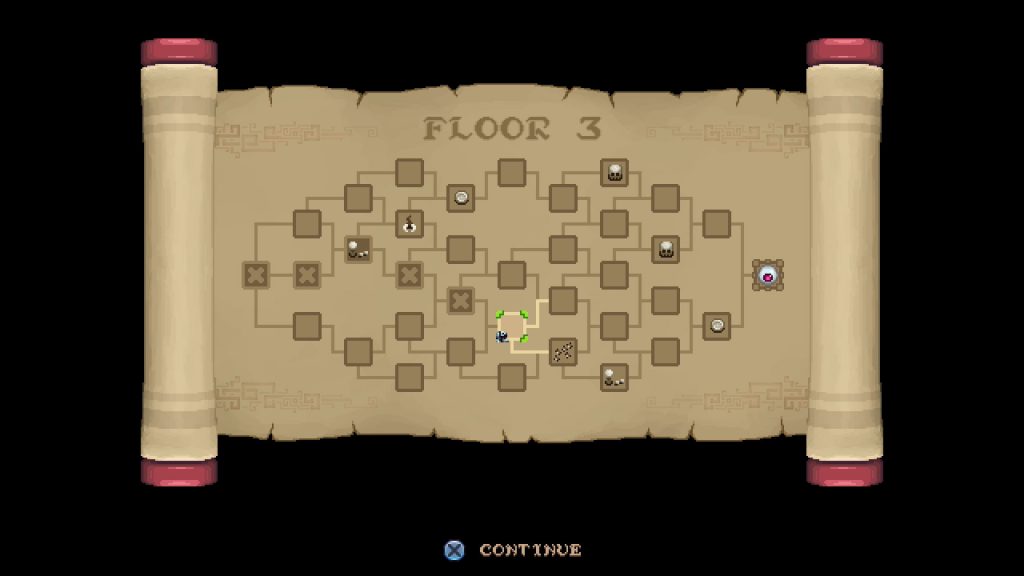 On that note, Iron Crypticle game has a Platinum trophy to get, and due to the game’s randomness due to its roguelike nature, you’ll need to do several runs to get a chance to add that Platinum to your collection. There are trophies for defeating each of the game’s bosses, for completing each of the specific room types, for completing a non-boss non-empty room without receiving any damage, defeating a boss without taking damage, without using a weapon pickup, defeating thousands of monsters, finding a map, and more. 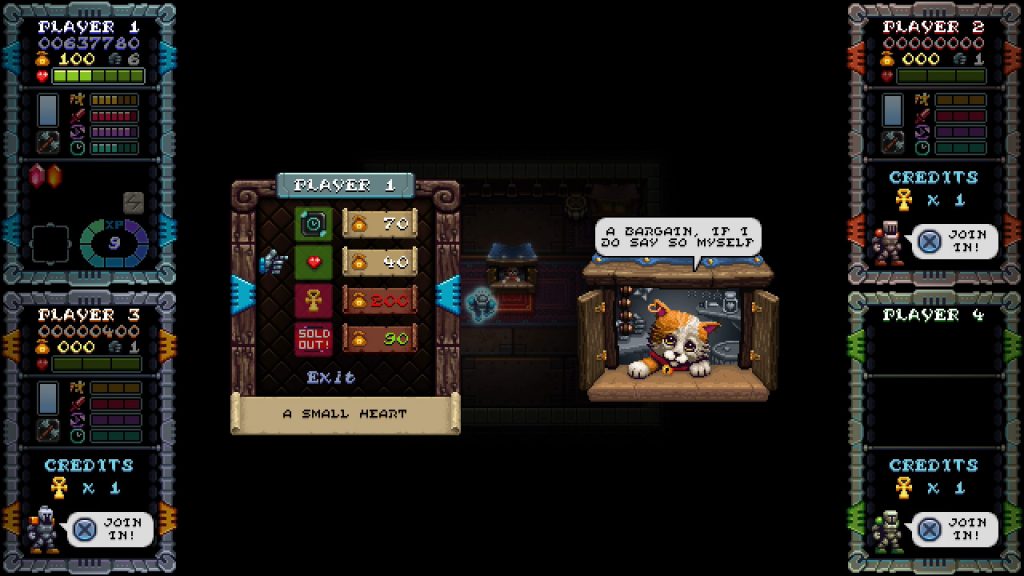 Iron Crypticle is a fan and fast-paced twin-stick action release on PS4 you can enjoy on your own or in a full four-player multiplayer session. While you technically don’t progress much in the game during each run since when you die you have to go back to the start, you do unlock new weapon times to grab as power-ups as well as add new entries to your items encyclopedia to complete your collection, so if you’re the type of player who wants to 100% a game, you will definitely end up being addicted to this cycle, and I recommend you get this one on PS4. 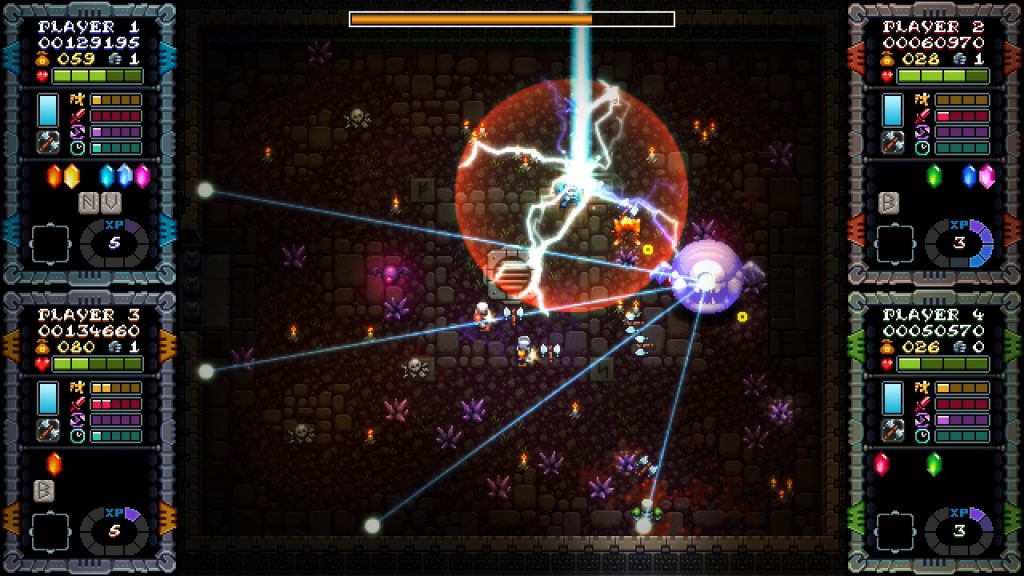 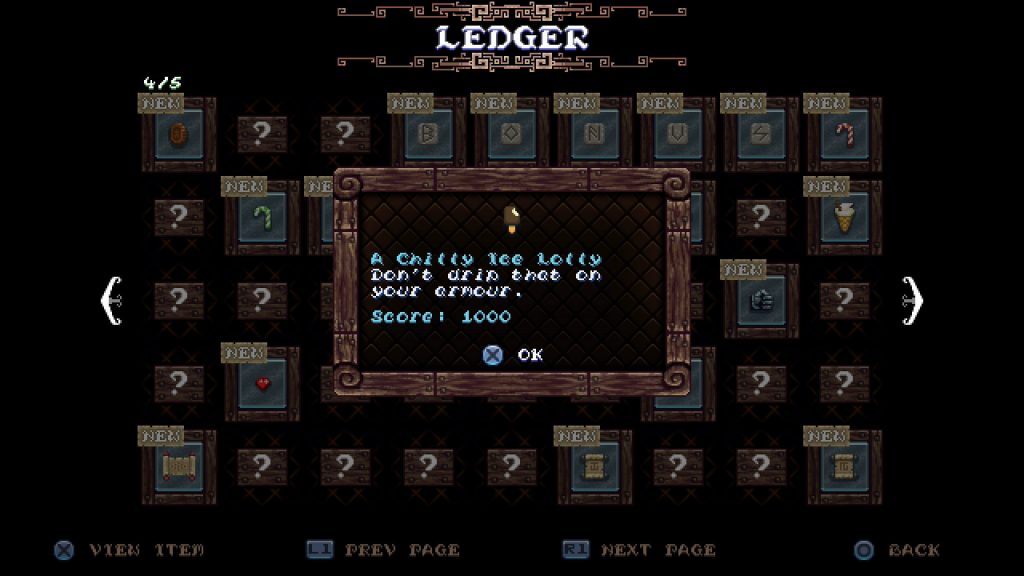 Disclaimer
This Iron Crypticle review is based on a PlayStation 4 copy provided by Tikipod.