As a gamer who played and loved the original Bridge Constructor release on my PlayStation Vita last year, I was really excited when I heard that the series would implement Portal mechanics since Portal is a game that I loved back when it released a very long time ago! And as soon as the game begins, we are greeted by a hilarious sequence for a job interview. If you happen to miss a question in the interview, a trap door opens and the poor applicant is into an incinerator. 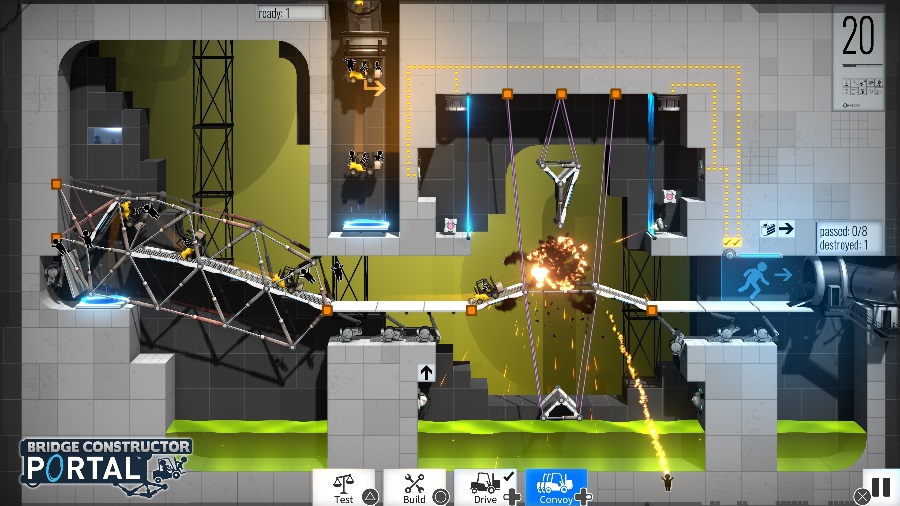 As for the gameplay, your objective in each of the 60 different levels is to build bridges (as per the game title) to allow Aperture Science Carts pass through the level. You can test each segment individually, and if your bridges fall under the weight of carts (or even under its own weight), there are no consequences since you can just make changes here and there and edit your creation. As expected, the physics engine is perfect for this game, and it really allows you to have fun with how you try to find the solution to each puzzle. Once a single cart passes through the level, its time to add some more and then send a convoy. Will your bridge be strong enough when under pressure?


Since not everyone will have previous experience with Bridge Constructor, the in-game tutorial that lasts a few levels will help newcomers to the series. Even after the tutorial is over, the Library of Best Practices (in-game help) will be a great way for players to review the basics. The level difficulty starts low, and while it ramps (pun intended) slowly, once you hit level 30 and beyond you will really feel the burn. I recall one level in particular in which I was messing around trying to find the solution after failing for half an hour… until I realized that one of the pitfalls could be avoided by using another option I hadn’t considered. 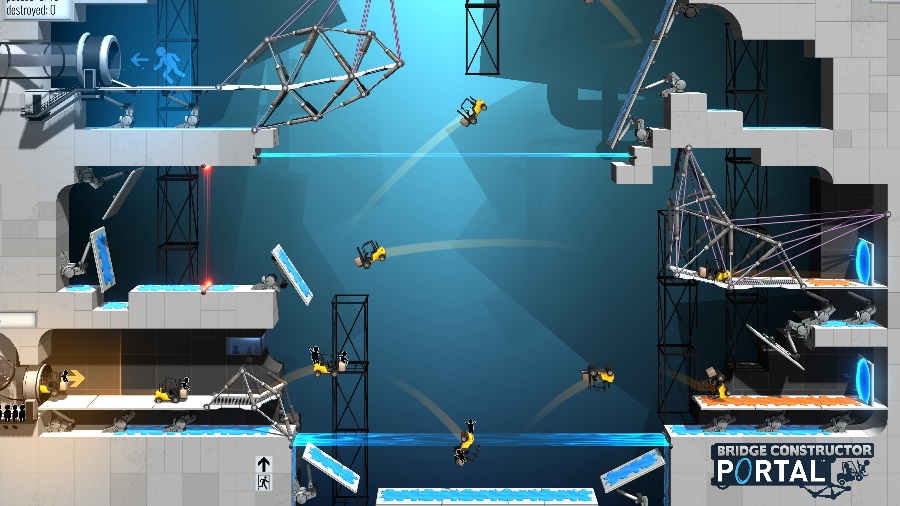 The presentation in this release is flawless. It includes original GLaDOS voice-overs, which I think it a very nice touch. The graphics engine has gone through a major makeover since Bridge Constructor was released, and all the different levels look great. Due to the game’s physics engine, there are many ways to complete each level, so you can be as creative as you want as long as you can complete the objective. Usually, the simplest route is the best way to go, but there is no punishment for being as elaborate as possible.

I also need to mention how natural the controls feel. Often, when a PC game gets ported to console, the controls are average at best, but in this case, it seems as if the game was made from the ground up with a controller in mind. Every action is perfectly mapped and is very easy to use just when you need it! 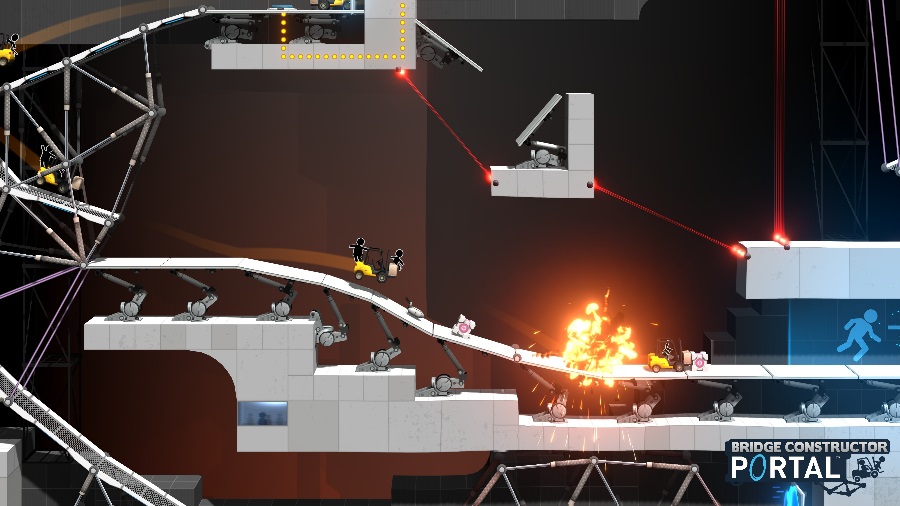 And if you want more information about Bridge Constructor Portal then be sure to check our interview with the dev team! 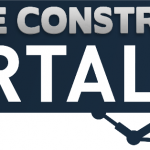