[Beyond PlayStation] Stick it to the Man Review


I played it way back in 2014 when the PSN version release and it was an addictive but short release. It was also featured as part of Sony’s Vote To Play initiative that promoted independent releases, which allowed the team to get the game in front of more people. Now that the game is on Nintendo Switch, I can tell you that it’s definitely a game worth your time and money.

You play as Ray, a funny little stick man who works as a construction hard hat tester. As you can guess, he’s had to suffer through his fair share of bruises at work. Things take a drastic turn when a big canister falls on top of his head… and then some type of weird creature enters his brain. Ray soon realizes he has a giant pink hand coming out of his head and he is conveniently the only one who can see it. There’s nothing to worry about since this hand is actually awesome since it allows him to read the mind of everyone around him. 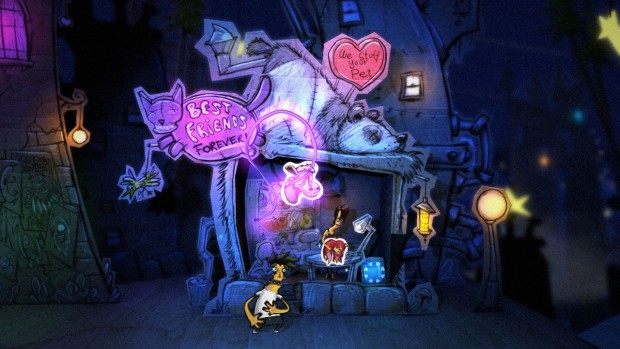 Ray can use the hand to use thoughts as stickers to interact with the world around him. For example, if you see someone looking like he’s going to fall asleep, read their mind, and you will see they are trying to figure out how to stay awake. If you see some zZzZz, you can rip those and then stick them onto the tired character and see what happens! This is basically how the puzzle solving works in Stick it to The Man: notice an issue, find the right sticker for the job and you’re done! 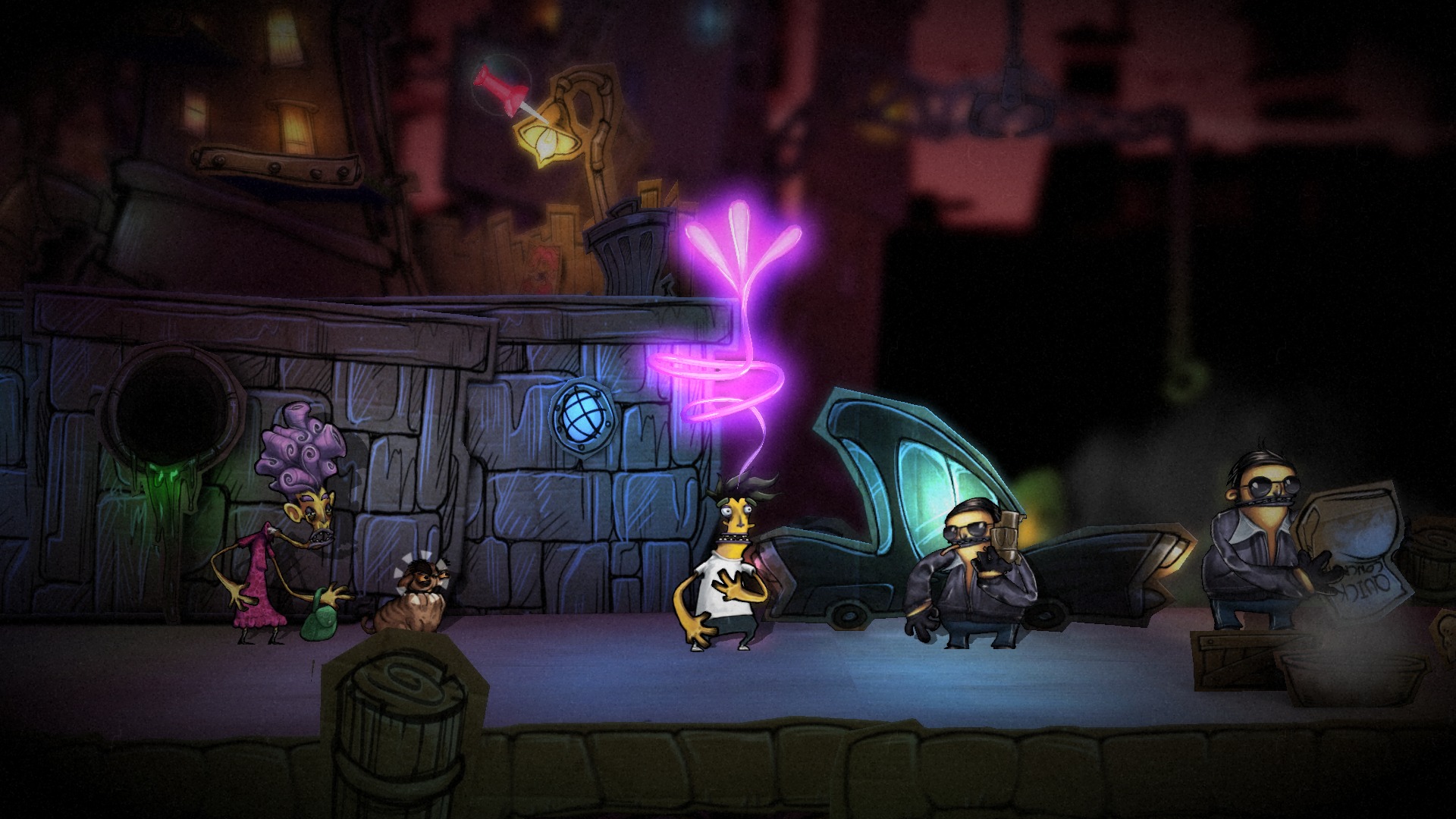 The characters feel like handcrafted paper figures, with a unique art style that makes them pop. Some might say that the designs are a bit grotesque, but I found them to be cute and cartoony in the best of ways, bringing its whole universe to life, big time. The game also features full voice acting which makes every character you interact with stand out. The HD rumble is a fantastic feature and Stick it to The Man utilizes that feature very well. Whenever Ray read the mind of someone, your controllers will simulate spinning effects. It’s difficult to describe, but believe me when I say it’s weird, interesting and fun. 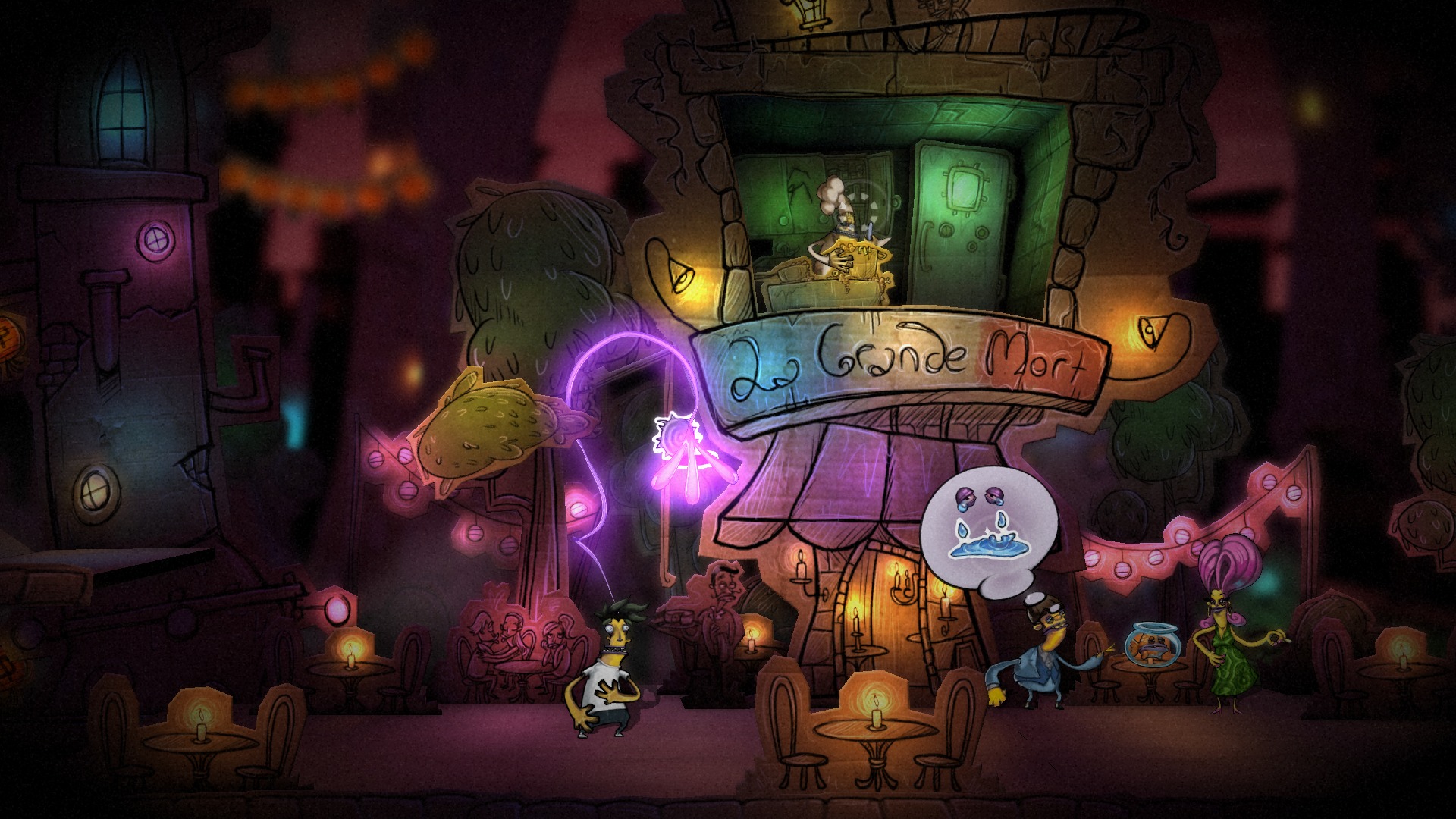 Stick it to the Man is a very fun and great looking release with an interesting premise that is an excellent fit for the Nintendo Switch. It’s a solid port you can play at home or on the go, and the HD rumble is unlike anything I’ve experienced on Nintendo’s hybrid console. I highly recommend this release and look forward to see what the next game from Zoink Games does on Switch!

Disclaimer
This Stick it to the Man review is based on a Nintendo Switch copy provided by Zoink Games.