Mad Carnage from QubicGames and Drageus Games is a turn-based strategy game on Nintendo Switch. Learn more about it in our Mad Carnage review!


Mad Carnage is not quite what I had in mind since, at first, I figured it would be an off-road style post-apocalyptic racer. Instead, I ran into a turn-based strategy release with a comic book style story. In this one, as expected, you take turns moving your units to try and defeat the AI. Upon booting the game, you learn about the Great War which has wiped out mankind, cutting off all communications and destroying every energy production and distribution plants. Settlements have been formed, and the main protagonist in the game is John carnage who aims to find out more about key events in the past that could be the key to their futures. The story is presented in comic book style strips with text box bubbles, which play as cutscenes between missions – there are also visual novel style huge walls of texts to read here and there. 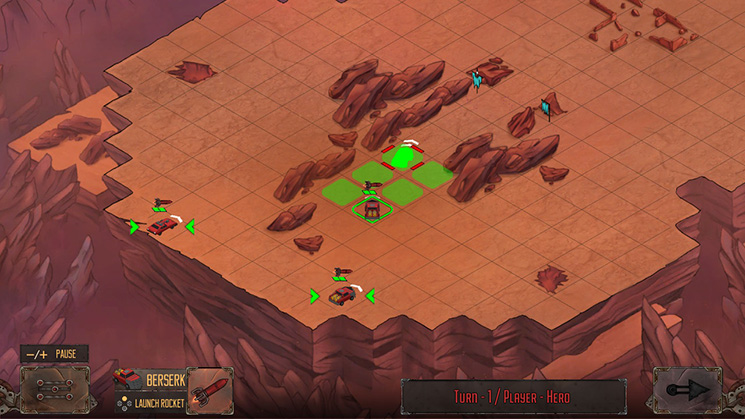 As for the gameplay, you are on a grid with squares, and you and your opponent take turns to move over said squares as you try to eliminate each other. The highlighted green squares indicate where you can move to and how many squares you can move while red markings indicate a crash, so don’t move to those squares! You also need to be aware of gaps in the grid since your movement is based on momentum, and the more momentum you have, the greater the distance you can move. 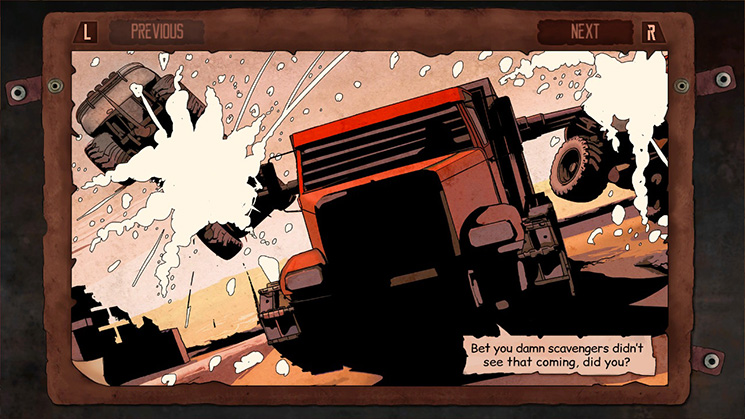 There is no tutorial for this one, so you will need to learn as you play – that’s one complaint I have with this release. But worry not because you can definitely get the hang of things after a few battles, learning the best strategies you can apply to progress in this game. Some trial and error never hurts, right?

During the Campaign Mode, you’ll see there is more than one way to complete a level, making this one a bit of a puzzle game along with the strategy game, which isn’t necessarily a bad thing! As you move you play from a top-down view, and you will notice that you can only fire your weapons within the green cone field of vision. You’re not alone in this one since you have some AI support with other cars that will try to hold off your enemies – they will, for example, ram cars off the road.

You also have a basic upgrade system in place that can help you enhance your stats, such as your speed and damage. After completing a battle, you will be rewarded with gears which can then be used to improve your overall build. It’s a pretty simple upgrade system when compared to other strategy games, but it definitely doesn’t hurt to have it in place for this one. 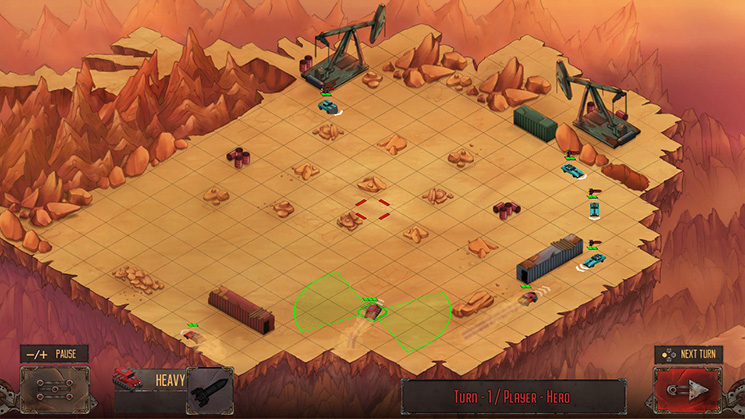 Mad Carnage is a fun strategy release on Nintendo Switch, but it’s definitely not for everyone. The fact that it doesn’t have a tutorial might rub some people the wrong way, but you can definitely get the hang of things after playing for a bit. The levels do look very similar through the campaign so a bit more variety would definitely have been nice, but it’s not a deal-breaker. If you’re in the mood for a strategy game, then this might be what you need. 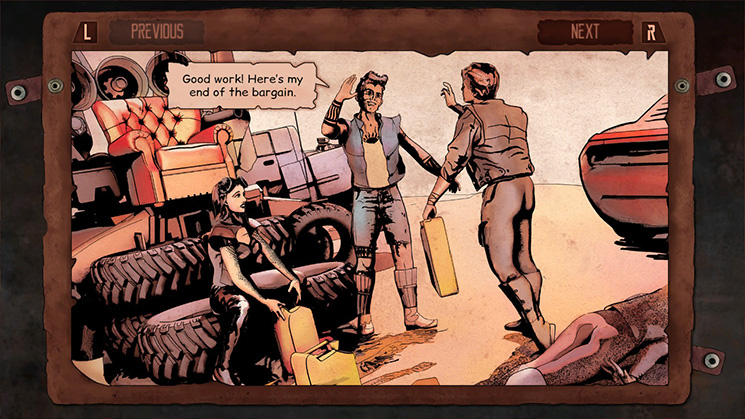 Disclaimer
This Mad Gear review is based on a Nintendo Switch copy provided by QubicGames.