We’ll be bringing you a review for Jettomero: Hero of the Universe on PlayStation, so I got in touch with Ghost Time Games to talk about the game’s development for its release on Sony’s home console.

PS4Blog Hi! Good morning. Thank you for joining us today at PS4Blog.net Could you please help us get going by telling our readers a bit about yourself and your work?

I’ve been making indie games since 2013, when I picked up Unity3D and taught myself C#. Before that, I had been doing QA and Sound Design at a larger studio, but I went to school for Art and Video Production. Music has been a big hobby of mine since high school, so I’m coming at things from a bit of a unique and varied background. When I started working on Jettomero, I was working a full-time job doing Unity development for a small company, which was how I could afford to fund my own projects.

I enjoy working alone for a number of reasons, but largely because it lets me work at my own pace (whether it’s an inspired sprint or a thoughtful crawl) and because it lets me take risks that I wouldn’t be able to if I had a team of people that relied on a safe and steady income. With my mixed background, I’m always interested in making games with a unique visual aesthetic and a strong soundtrack, and often a lot of experimentation and a philosophical narrative. I know I can’t compete with AAA studios in a lot of ways so I try to focus my attention on making the games that they can’t.


PS4B: Jettomero: Hero of the Universe is ready to go on PlayStation 4. How would you describe the game to someone who’s never heard about it?

I’ve adopted the genre ‘Meditative Narrative Toy’ to describe the game because I think it covers a lot of the core elements present. Essentially you play as a gigantic indestructible robot who takes on the task of saving the universe. Unfortunately and ironically, Jettomero isn’t very well coordinated or well-informed, so chaos ensues. It’s a pretty unconventional game, borrowing from a lot of unique influences.

There is a story, but in many ways, it’s entirely optional. The gameplay itself isn’t too deep and it’s more of a sandbox toy than anything. There’s an emphasis on experiencing the audio/visual elements in a stress-free and introspective environment. Jettomero can’t be hurt or destroyed, so players are free to wander the universe uninterrupted. It’s definitely not a game that everybody will appreciate, as it strays far from traditional notions of what a video game is, but for anyone open to something different I believe it’s something special. 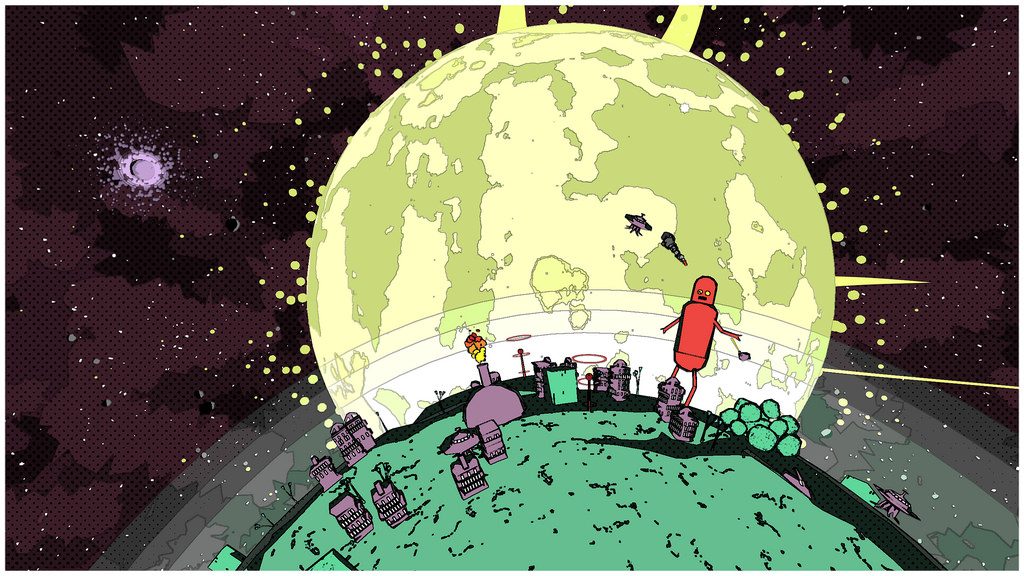 PS4B: How long did it take to bring the game from concept to life on Sony’s console? Any particular challenges or hurdles you had to overcome?

By the time the game was ready for PS4, I think I had been working on it already for over two years. It was my first time bringing a game to a console, which has been an incredibly exciting opportunity. I’ve had a lot of great help from the indie reps at Sony, but one of the biggest challenges has just been learning everything for the first time.

There’s a lot of steps involved in bringing a game to console compared to publishing a game on Steam or on the mobile stores, so that was something I had to work my way through. Making the game by myself meant that if I didn’t do something, then it wouldn’t get done, so having that responsibility was exhausting at times. At all times I have to be thinking about code, art, music, marketing, and business so delegating those tasks to myself is a juggling act. Thankfully using Unity3D greatly simplified the actual work involved in creating a playable port of the game on PS4, I think I had it running at 95% complete in the course of an afternoon which was fantastic, not sure I could have done it myself otherwise! 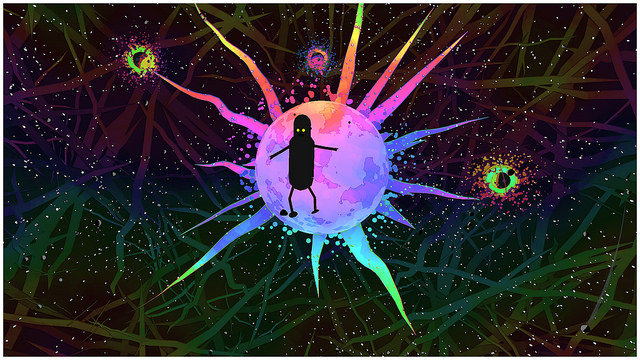 PS4B: Now that the game is done for PlayStation 4, what new project are you currently working on?

Since wrapping up most of my work on Jettomero, I’ve been putting together a prototype for a local multiplayer top-down space shooter. It’s a pretty big departure from what I did on Jettomero, although this one is also very stylized. It’s essentially a beefed-up take of classics like Asteroids and Space War, but it looks like a classic 1950s Sci-Fi B-movie. I’m not anticipating too long of a development cycle on this one since it’s a pretty simple game, but I’m having a lot of fun making something with a straight-forward objective and such a well-established aesthetic. Not sure yet where the project will end up, but I’d definitely love to be able to play it on console with friends sometime in the future. 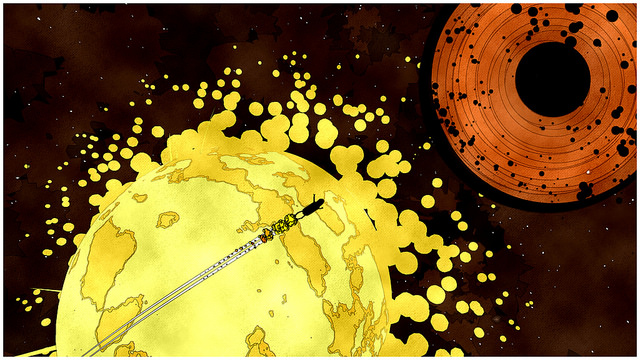 Thanks for the questions! I’m really hoping people enjoy their time with Jettomero and I’m looking forward to seeing what kind of screenshots folks share using the game’s photo mode. For anybody interested in following development on my projects the best place to do so is via my twitter. 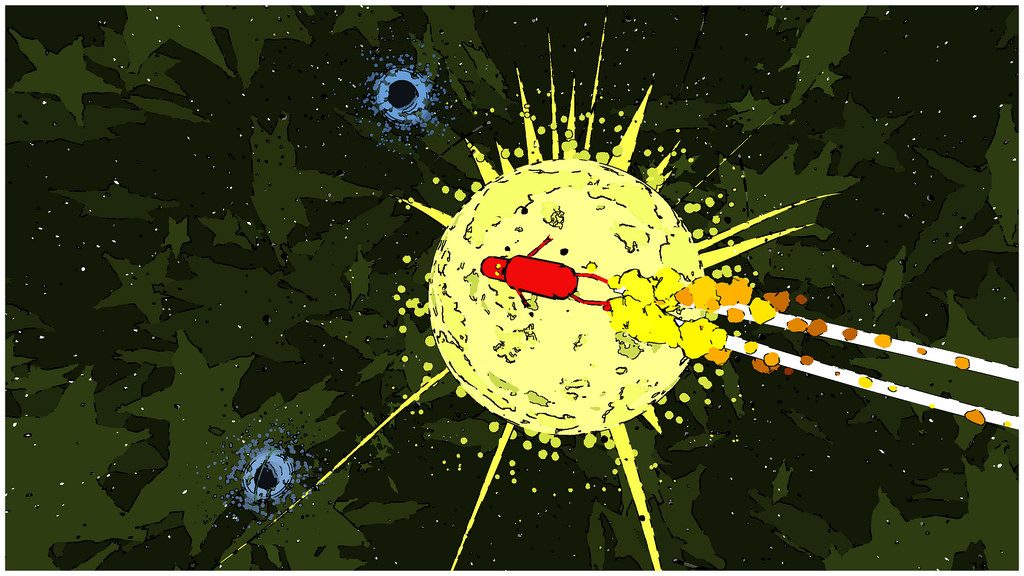