Wulverblade is a 2D sidescrolling beat ‘em up, a straightforward and linear experience with lots of action and violence… which isn’t a bad thing! Learn more about this one in our Wulverblade review!


At the beginning you have a choice between three characters to take on your adventure, each with varying stats – two men and a woman. After this, a cinematic will play to set things up, and you’ll then be able to slaughter your way through the game’s levels. I chose to play as Caradoc, a perfect all-rounder with decent stats, but you’re more than welcome to experiment with all three to see which one fits your playing sytle. 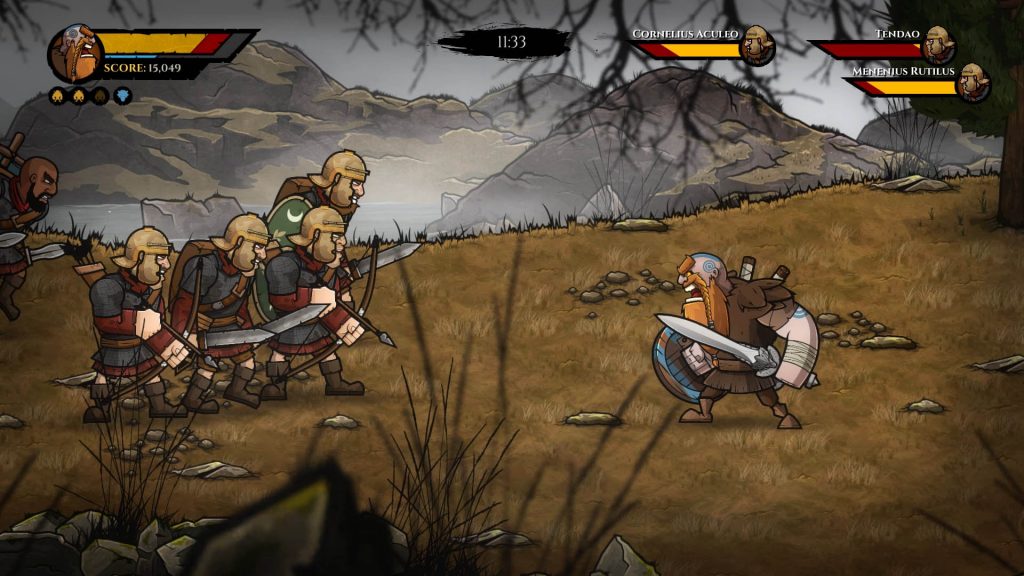 As you progress through a level you have a rage meter which fills as you chain combos, and when the meter is full you can go into full berserk mode, heal up some health for a small period of time and let lose as you slice at everything in your path. There is also special skill you can use to summon a pack of wolves to clear out the enemies, so do keep that in mind! 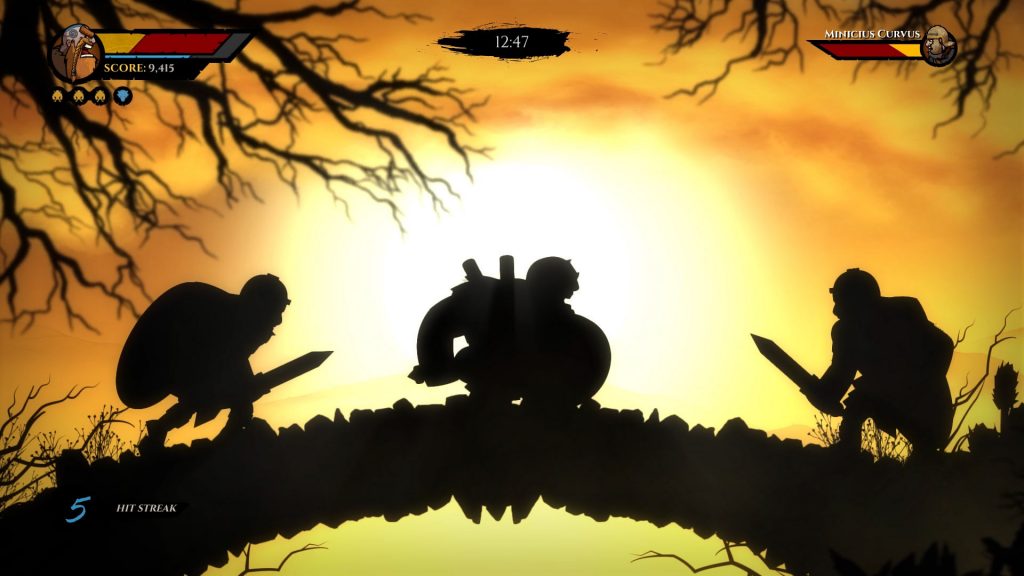 The more levels you complete the higher the difficulty will be, so you should always be on high alert and be sure to defeat enemies as soon as possible so that you don’t end up feeling overwhelmed at times. The difficulty ramps up at a steady pace and doesn’t feel unfair, and the more you play the more you’ll learn how to deal with each enemy type. 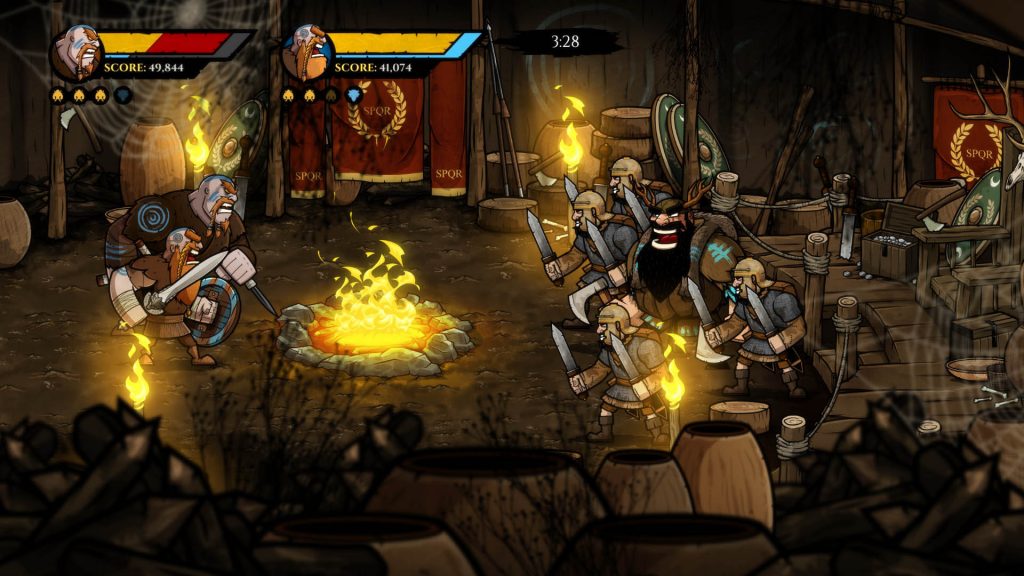 Boss fights are a serious challenge, which means you will need to rely on your well-timed dodge technique and on making the most of your rage meter to go berserk on bosses. All bosses are bigger, better and stronger than you, with better abilities, weapons and improved health, so you’ll be spending some time learning a boss’ movement and attack patterns before you can defeat it. 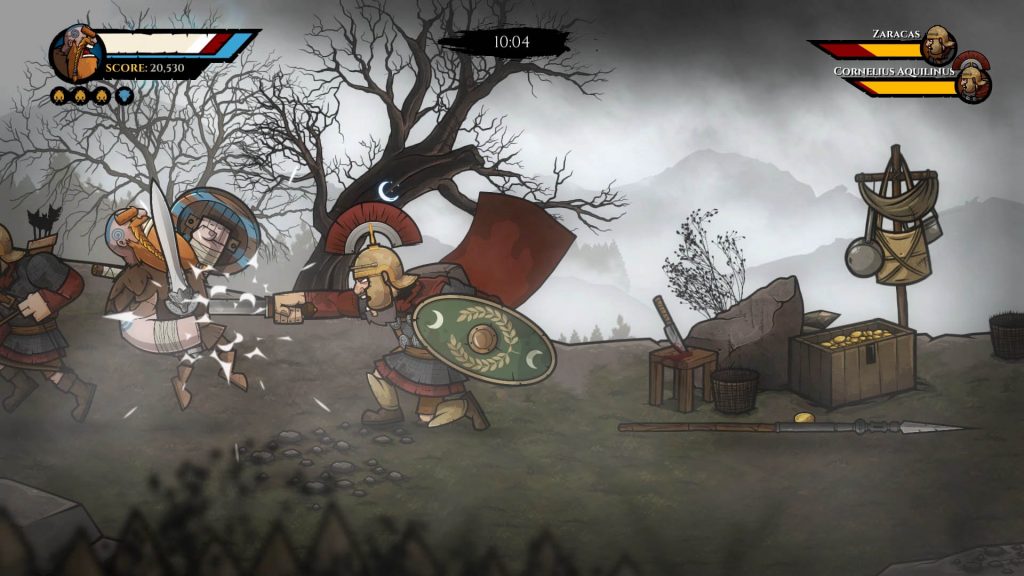 Along with the main campaign there are also optional modes to enjoy such as arcade mode which is an old-school version where you only have a very limited number of lives to complete your adventure. There is also a Hard mode which you unlock by completing the main game once, and this one is definitely for those of you who like to get hurt because the difficulty goes through the roof once you start playing that one! There is also the arena mode which is basically an endless mode where you fight wave upon wave of enemies as you aim at getting a good enough score to earn you a spot on the leaderboards. 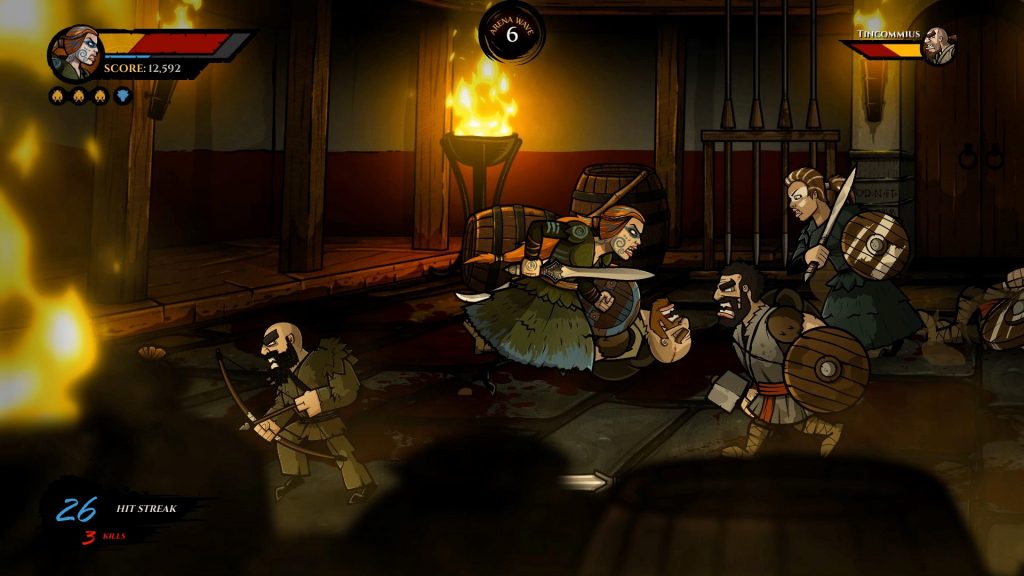 The two niggles I have about the game are that sometimes hit detection seems to be a tad off, and that items on the ground that are dropped by the enemies you defeat disappear too fast so you need to either focus on grabbing items as soon as they’re dropped or on defeating all the enemies around you.

Overall, Wulverblade is a fun adventure you can take on by playing on your own or in a fun couch co-op variant with friends. There is plenty to do and lots of replayability on offer, and the graphics and animations for the game are really wonderful. The story could be a little beefier, but this is a beat ‘em up so it’s not a deal-breaker. Be sure to check out Wulverblade on PS4!

Disclaimer
This Wulverblade review is based on a PlayStation 4 copy provided by Darkwind Media.

[FREE Game] World To The West GIVEAWAY (Nintendo Switch – US)