A while back ago, Over The Moon Games took The Fall, an episodic release, to Kickstarter. Part 1 of the series was later released on PC and consoles, giving us a very interesting adventure game with some action sequences here and there. The way the first part ended left me wanting to find out more about A.R.I.D. and her story, so I was definitely happy about getting a chance to review its sequel! 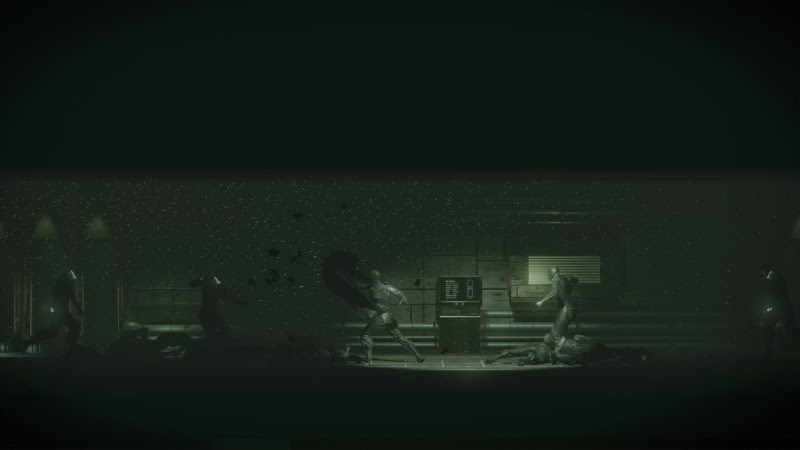 Let’s recap the story from the first game for a bit: after crash landing on an unknown and strange planet, an AI known as A.R.I.D is activated after the pilot is hurt during the crash. As part of her programming, she is bound to do everything possible to see her human pilot reach safety. Without spoiling much of the story, A.R.I.D. faces some difficult choices and is forced to bend or break rules to achieve her goals. The first game in the series is a very story heavy adventure, and will probably take you around 4 hours and change to complete. The Fall Part 2: Unbound greatly expands on the universe set into place by its prequel, and will take you four times as long to complete. 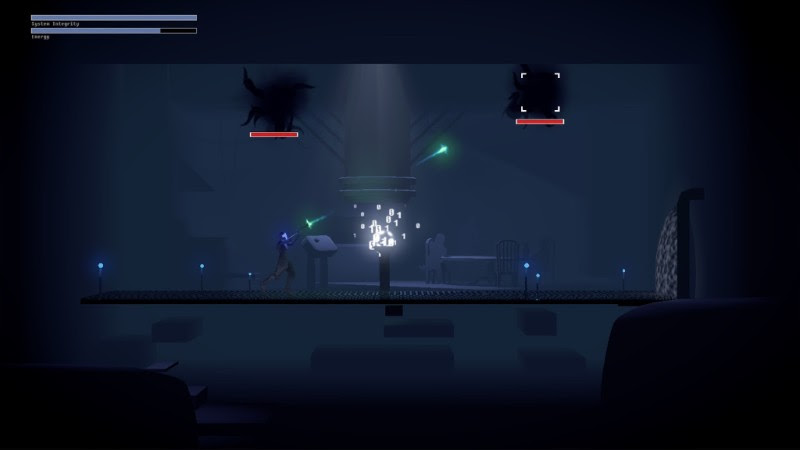 Part 2 follows on from the original episode, and remains as story-heavy as the first one, with tons of puzzles to enjoy, and I wouldn’t have it any other way. The mechanics haven’t changed a bit, giving us an adventure game that even feels a bit like a Metroidvania at some points, which is great news for fans of its prequel.

In this episode A.R.I.D. is on a mission to save herself before it is too late – she has basically gone rogue. A.R.I.D. has the ability to possess hosts and control them as she sees fit, and this gives her the ability to do things she otherwise can’t do with her own body. On top that, the sequel has a more creepy/sci-fi heavy theme, which greatly elevates the overall feel and the impact, the story has on players. There are three main hosts she can possess: a combat drone known simply as “One,” the sexy service Companion and the very proper Butler – three very different characters that will make you see A.R.I.D. in a different light! 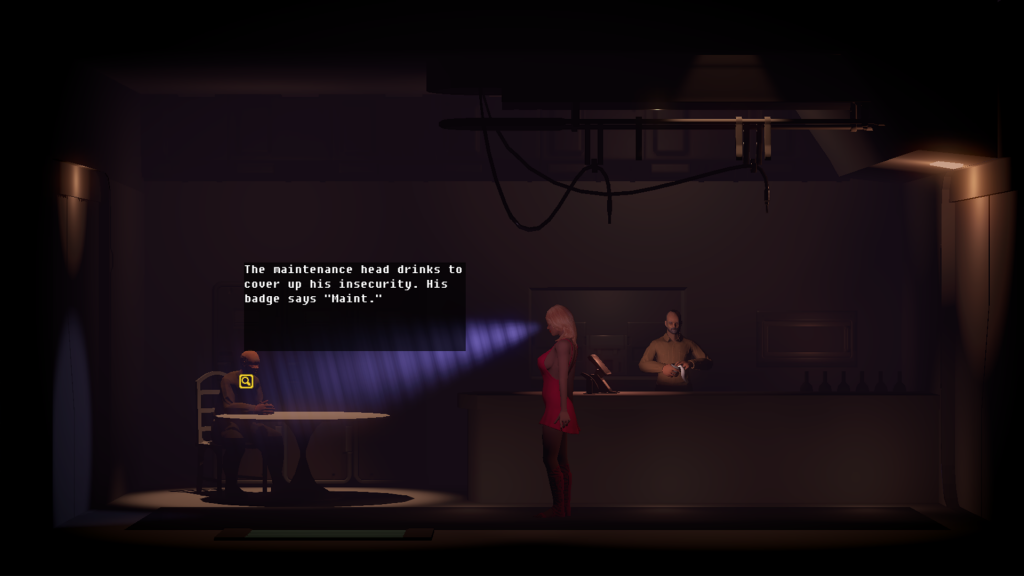 Like in the first episode, you will have to make some tough choices that will affect the outcome of the story, with consequences that will alter how the story plays out. You’ll get to enjoy a great point and click adventure with puzzles that will make you scratch your head just as much as you did on the previous episode, collecting items around each area you visit to try and find the clues that will allow you to fulfill A.R.I.D.’s mission.

The one thing that surprised me were the graphics for The Fall Part 2: Unbound since the game looks considerably better than its prequel, with a high level of polish for each location and character, great lighting effects and a colorful but dark setting around every corner. The voice acting cast is also great, bringing to life each of the main characters and the NPC around you. 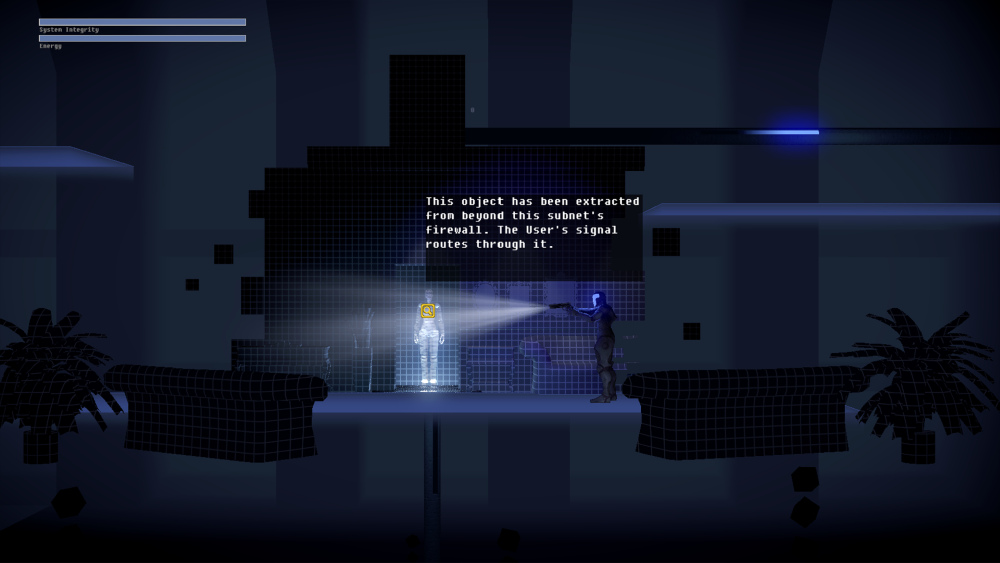 As you can see from our interview with John from Over the Moon Games, The Fall Part 2: Unbound has a shiny Platinum trophy waiting for you. There are several trophies tied to story progression, while there are others that are basically missable trophies since they are tied to specific choices you need to make in the game and which will block other choices later in your adventure. 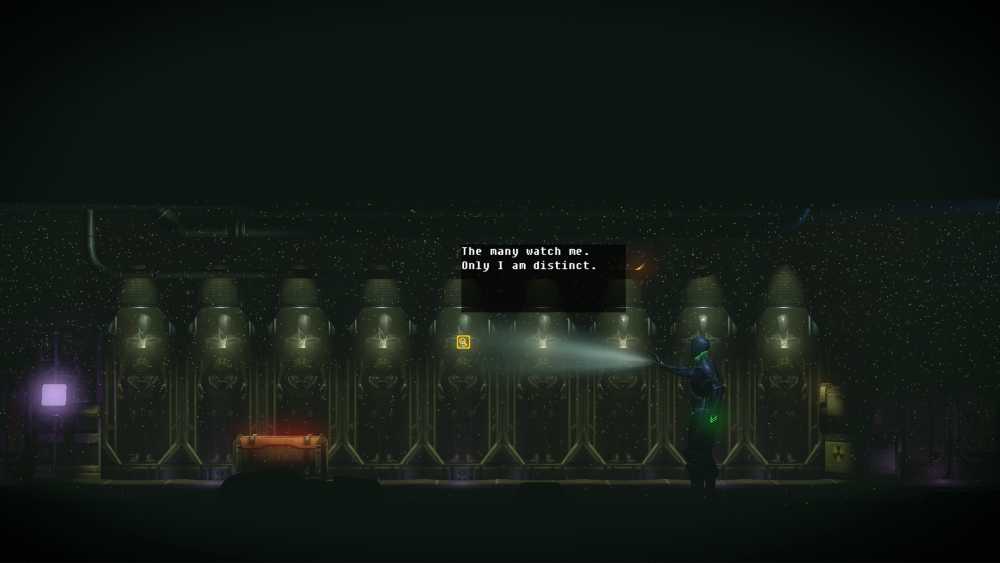 The wait for The Fall Part 2: Unbound has been long, but I’m happy to report that it has definitely been worth it. It is a bigger and better game that improves on everything its prequel did before and then some. The only complaint I can find about this sequel is that the wait for the third episode in the series is going to be a long one and I want to see where the story ends.

Disclaimer
This The Fall: Unbound review is based on a PlayStation 4 copy provided by Over The Moon Games.