Can you teach an old dog new tricks? Or in this case a long-running and beloved action series? Find out in our Dynasty Warriors 9 review!

A New Open World Warriors Game
For the first time in the series, the expansive land of China is shown on a single map with the introduction of an open world format for diverse progression through the game. The ‘one vs. thousands’ exhilarating action of the Warriors series and the beloved characters from the Romance of the Three Kingdoms tale are carried over, but the freedom through an open world stage provides a brand new Warriors experience.

Critical Missions unfold and progress the story of the player character, and are supplemented by numerous missions from various regions such as Regular Missions that affect the Critical Missions and requests from other characters. The situation will be ever changing depending on what missions are selected. In the many battles that occur on the map, players will find a variety of strategies and tactics open to them such as “attacking head-on,” “launching a surprise attack from an elevated position” or “infiltrating at night”, for numerous ways to enjoy the expansive world of the Three Kingdoms.

The map is displayed with beautiful graphics and features many different regions of China such as snow plains, jungles, and deserts which reflect the passage of time and changing climate. Key cities and checkpoints, such as Luoyang and Hulao Gate, and landmarks such as the Yellow River and Mt. Song, are replicated, allowing for deeper immersion into the game world.

I haven’t been this excited to review a Dynasty Warriors game in a while. For the most part, the series was focusing on small upgrades spread around all of the “Warriors” franchises. But when I heard Dynasty Warriors 9 was ditching the PS3 and Vita (RIP Vita) versions and adding an open world to the mix, Koei Tecmo America definitely had my attention. I have felt for a while now that the series has been held back by the development of versions for the PS4’s older siblings, which makes sense. 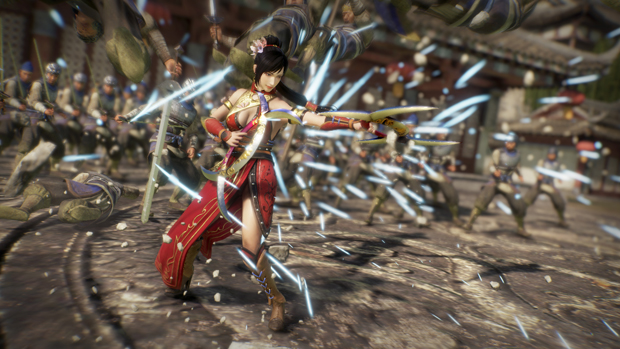 So how did Dynasty Warriors 9 turn out? Overall, it’s pretty good and has a lot of improvements! Let’s talk about the major changes to the game. The first one is the new open world which the game has been touting as a game changer for the series. The series had been plagued previously by menus to navigate to take you from large-scale battle to large-scale battle. This world felt different… everything you used to do in a menu has been converted into an open world solution. Now you have shops, merchants, blacksmiths, crafters and more instead on your map. You can jump on a horse and navigate the world, battling enemies and taking over it inch by inch. As you navigate China, you find crafting materials, similar to Horizon Zero Dawn, that you can make the most of, and you can now use stealth and take down fortresses at night undetected. This is a very different game that became incredibly fun to explore.

When you take a mission in the game you’ll realize you now have lots of tasks to complete along with the main mission, whether that’s gathering supplies or taking out certain generals to make your fight easier – it makes sense and adds to the immersion in the world. This itself adds a ton of variety to the title and really helped build yourself up for the epic battles you need to take on as well. As you play, you will unlock more characters giving you access to more pieces of the story and more missions, greatly increasing the overall volume of content available to you. 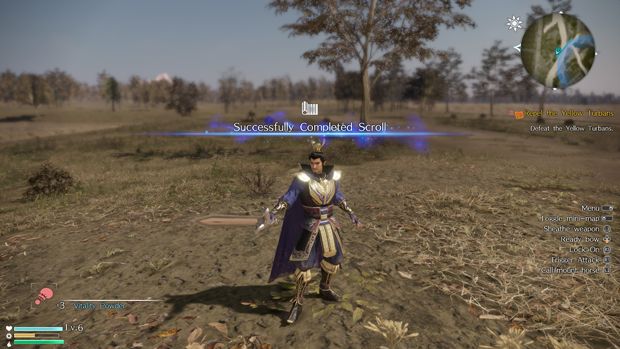 The main gameplay mechanics are similar to the rest of the Dynasty Warriors games that you have played in which you use the face buttons in conjunction with the upper right trigger button to unleash attacks on the huge grups of enemy combatants. In case you haven’t played any of the other titles in the series, or the spin-offs and licensed releases that use the same overall formula, the game takes you through tutorial that, as a veteran of the series, I feel might be overstayings it’s welcome a little bit. The game still feels button mashy to a point as you kill hundreds of enemies in massive combos and continue your way on to victory, but the changes to the game here and there do elevate the experience.

So with all the changes to the game and the new open world, I was hoping for a visuals upgrade as well, since the visuals for the series has not changed much with poor draw distances and generic enemy types. That, unfortunately, hasn’t changed that much in this one. Adding the open world required a lot of work, however, so the game seems to suffer from similar issues. I just came off playing Horizon Zero Dawn on my PS4 Pro in 4K, and now I know how open worlds can look, and I was expecting the environments in this new entry to do the power of the PS4 justice. The main characters you can play as do display a noticeable boost to their design and look, but the enemies you face are nothing to write home about. At least the game didn’t suffer from any slowdown during the massive battles with hundreds of enemies, although pop-in definitely seemed to be happening around the perimeter of a battle. It’s a trade-off that I was sorta expecting, but I do hope that the next entry in the series can push the PS4 further and further now that the game won’t be held back by having to also release on PS3 and Vita. 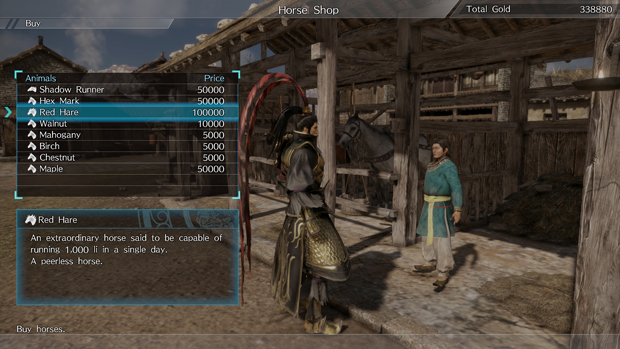 Dynasty Warriors 9 is definitely a new start for the series and a big change to what we are used to playing in a Musou game. The new open world design completely changed how I approached the game, and I was thrilled to be done with the old menu system. Unfortunately, the graphics haven’t changed much other than some visual improvements here and there.At the end of the day though I need to ask myself if I have had fun with the release, and the answer is a big yes. There are still things they can improve for the next entry in this long-running and beloved series, so here’s hoping Dynasty Warriors 10 knocks it out of the park.

Disclaimer
This Dynasty Warriors 9 review is based on PS4 copies provided by Koei Tecmo America.