SteamWorld Dig is a game I own on Nintendo 3DS, Nintendo Wii U, PlayStation Vita and PlayStation 4, and which I’m now gladly playing on Nintendo Switch for this review. You take control of Rusty who has traveled into Tumbletown after his uncle dies and leaves him his mine. The game will slowly show you the basics by giving you access to a pickaxe to break through the blocks in the mine to open up new paths further into the mine where you’ll find valuable gems and crystals that will be added to your pouch. After picking up some resources, you’ll be prompted to return to the surface to sell them to Dorothy (Dot) so that you can use the funds to purchase supplies and upgrades at the town’s store. 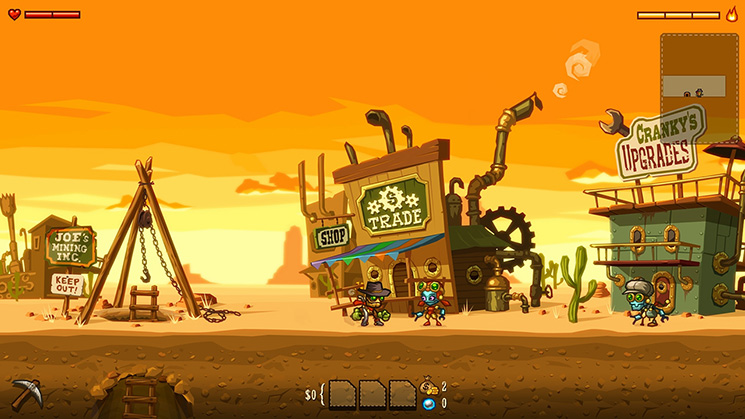 You’ll be repeating the “collect resources, sell them an upgrade your tools” cycle hundreds of times during your run with the game, and this is why the game becomes highly addictive since you end up going for “just one more run down the mine” many times… until you reach the end of your adventure to battle the final and only boss in the game. Since your pouch can only hold a limited amount of resources at a time, I suggest that during your first run of upgrades you get a bigger pouch so that you can hold more resources during each run in order to maximize your runs.
But the first update you need to get is an improvement to your pickaxe since the further you go down the mine, the harder the rocks around you will get, requiring either more hits to break them or becoming impervious to your pickaxe. The handy mini-map on the upper right corner of 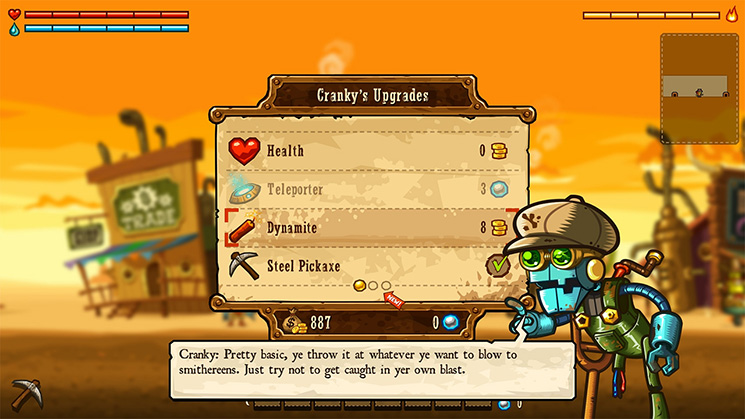 the screen will let you know the intervals at which the rocks become harder for the next layer on your path.

As you sell the resources you find in the mine you will level up, and doing this will unlock new upgrades and items at the store for you to carry on with your quest. You’ll know how much you need to sell before reaching the next level by checking the progress bar with Dot when you sell a new batch of resources. As you go deeper into the mine, the most valuable item will be the teleporter which can only be used once for each purchase. The teleporter will allow you to place it anywhere within the mine so that you can instantly teleport to the surface – this can be because you ran out of space in your pouch or because you are low in health and need to go to the surface to use your money to regenerate your health. 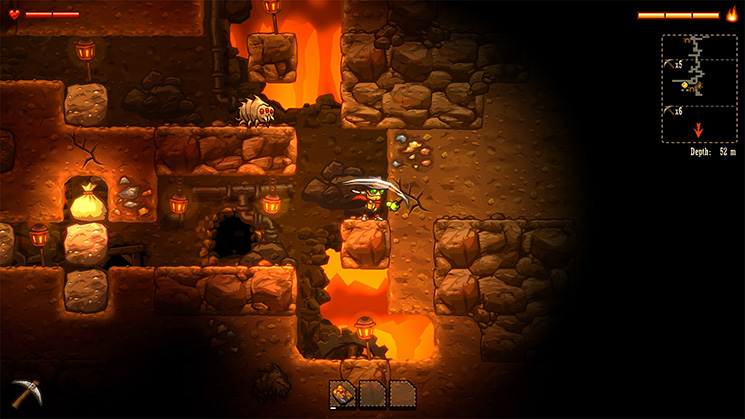 The game feels a bit like a Metroidvania since the new items you can find in the caverns in each of the game’s areas will allow you to visit areas you couldn’t have reached before, always working your way down to the bottom. I won’t spoil the game here, but you will, for example, find tools that require water to function, so you’ll need to make the most of the pools of water you can find in the mine so that you can keep on going forward without having to return to the surface. 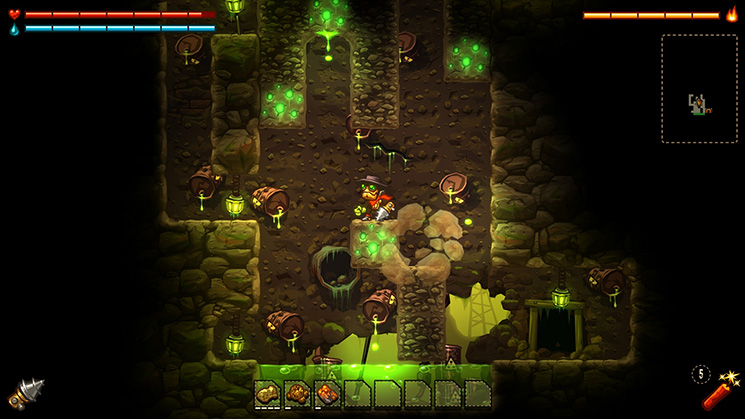 SteamWorld Dig is a game I have greatly enjoyed playing before in other consoles, and I was glad to get the chance to do it all over again on Nintendo Switch. If you’ve played the game before on other consoles then this is exactly the same game and it is just as addictive, but being able to play at home on the TV and take the adventure on the go in handheld and table top mode makes this the best version of the game. 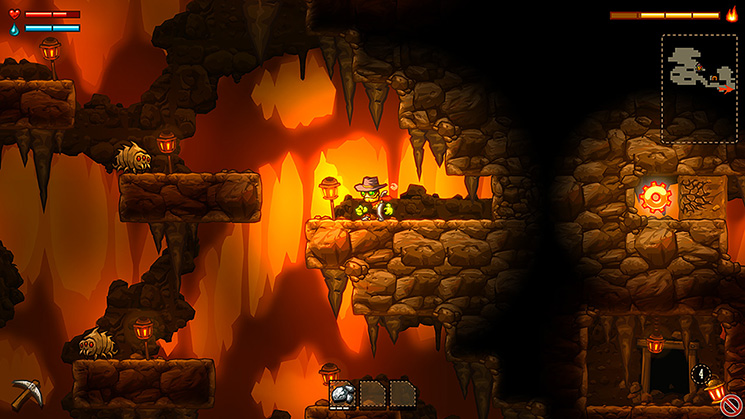 Disclaimer
This SteamWorld Dig review is based on a Nintendo Switch copy provided by Image & Form.

PlayStation Plus For February- PS4 Edition