Mecho Tales is a game from the team behind Plague Road that combines elements from a twin-stick shooter and a platformer. Learn more about it in our Mecho Tales review!


In Mecho Tales, you play as an unnamed protagonist who steals some blueprints from Jumali’s Lair, and as you can imagine, this is a bad thing. You must, therefore, escape through the game’s many levels, collecting the golden cogs dotted around the levels and killing the enemies on your path to get some extra golden cogs. These cogs are important since they’re needed to be able to build something from the blueprints that you have stolen from Jumali. You can use the cogs at Patchie’s store, which you can only access from the map using the Y button. You can also spend the cogs on upgrading your character in Patchie’s store, and there are plenty of different drones for you to buy that offer different firepower options when compared to your starting drone option. 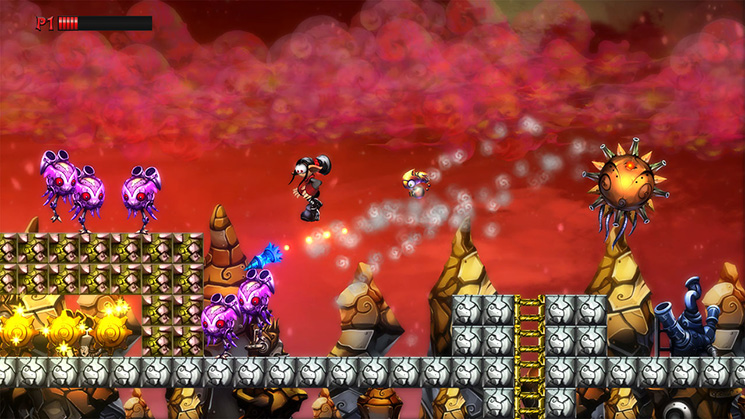 Speaking of that, the drone you start off with is quite slow and his damage power is quite low, but it is what you have, and it will serve its purpose during the first part of the game. Since as you progress the difficulty does ramp up, upgrading with the golden cogs you get is very important if you want to stay alive. Enemies do drop hearts to refill your health bar, but stronger enemies can make short work of you. When you die you lose your cogs, which means you need to be very careful with every step you take. 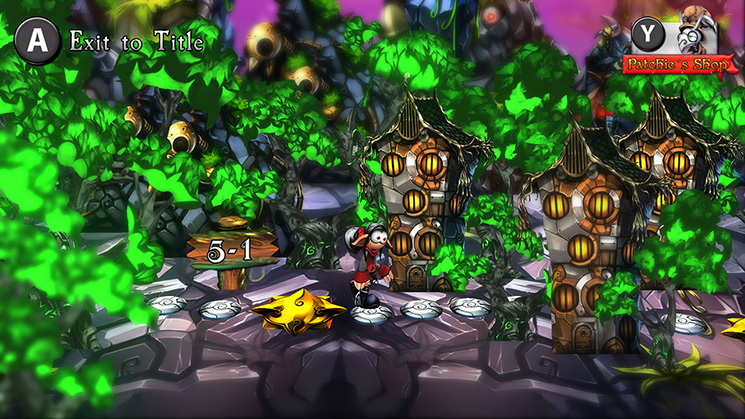 Controls are simple since you move your character with the left analog stick and jump with ZR or B buttons. Firing is done with the right analog stick, hence me mentioning the twin-stick shooter genre. Shooting is unlimited, and with no cooldown periods, so you should always be on the offensive, attacking everything and anything that moves. 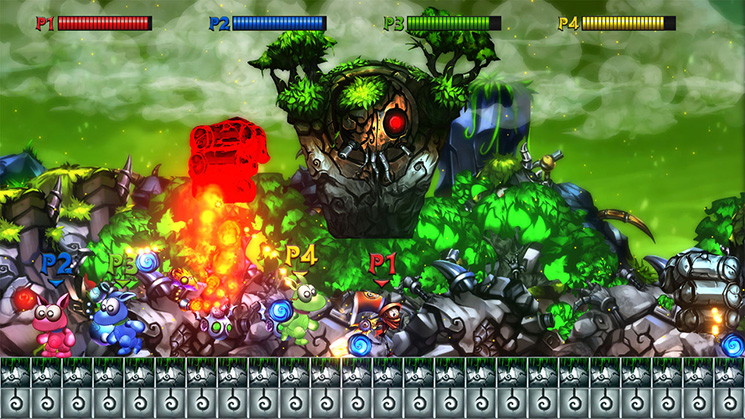 The platforming is very fun, and you can run, jump, go up and down ladders, jump over gaps and more. The platforming aspect feels very tight, and if you miss your footing or slip, your character can grab to a ledge for one final save before it is too late. If you can’t quite make a jump to a platform and end up falling down a hole, you’ll know it was your mistake and not the game acting up. 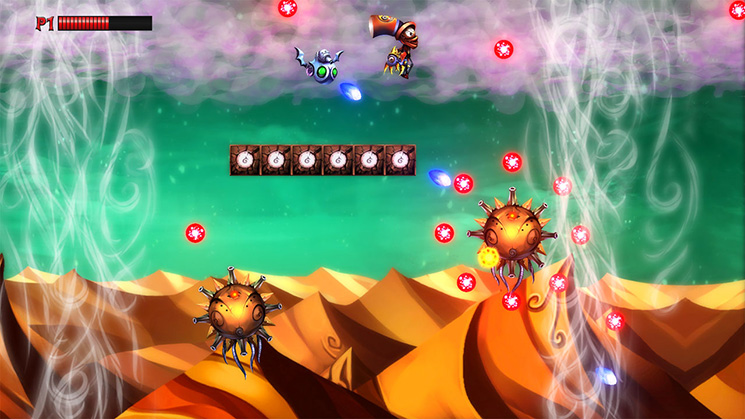 The game offers eight worlds to complete with some challenging bosses to take on, so your skills will definitely be put to the test. While the graphics are pleasing, I found the soundtrack to not be my thing. I did like the game’s story setup, but there is not much in the way of story progression beyond the opening cutscene which I felt was a little disappointing. 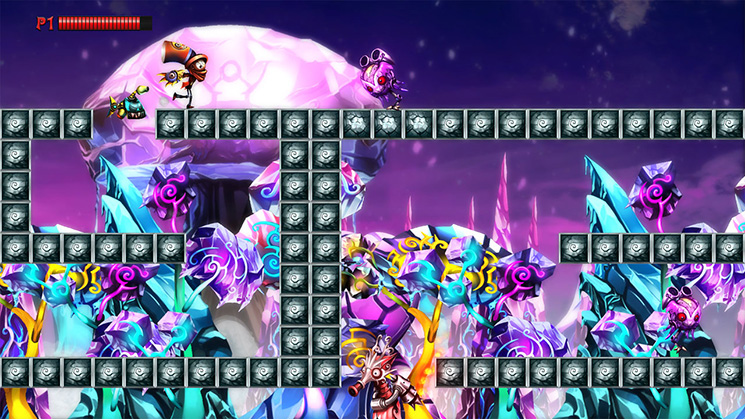 Mecho Tales is a fun platformer that isn’t without its faults, since I do think that the story could use a little more exposure. The aiming and shooting aren’t perfect, but they’re not a deal-breaker, so be sure to check this one out if you’re looking for a platformer on Nintendo Switch to play at home or on the go in an afternoon or two.

Disclaimer
This Mecho Tales review is based on a Nintendo Switch copy provided by Arcade Distillery.

[PS4Blog.net Interview] Camel 101 On Those Who Remain