The Fall: Unbound is almost ready to go on PlayStation 4 and Nintendo Switch, so we got in touch with Over The Moon to talk about the sequels imminent release.

PS4Blog: Morning John! Ready to get this interview going? How is everything on your end?

Good morning! Yes, quite ready – things are good! It’s been a crazy few months, but we’re finally over the hump of console submission, and we’re ahead of schedule on marketing material. Things are looking up. Fingers crossed!


PS4B: Cat is out of the bag, and The Fall: Unbound has been announced for release on PlayStation 4 and Nintendo Switch on February 13! How are you feeling now that the game is out of certification/lot check and almost ready for gamers to take it for a spin?

I’m feeling great, but also trepidatious. In all honesty, when you’ve worked on a project as long as this, there’s really no simple feelings in relation to it anymore. We’ve poured as much love into The Fall Part 2 as we can, and, obviously, I’m hopeful (confident, even) that people will feel that! On the other hand, I’m just coming out of a long phase where it was literally my job to look at the project with a “This piece of crap is broken” lens so that I could see the ways in which it has problems and fix them, to be able to arrive at a stable product ready to go.

You can’t really do that for months and then just feel like everything is rainbows and buttercups, although I’m confident that the game is stable. Point being, I’m feeling.. um.. everything at once right now. We’ll see how the launch goes! I’ll feel a lot better if and when it’s been well received. 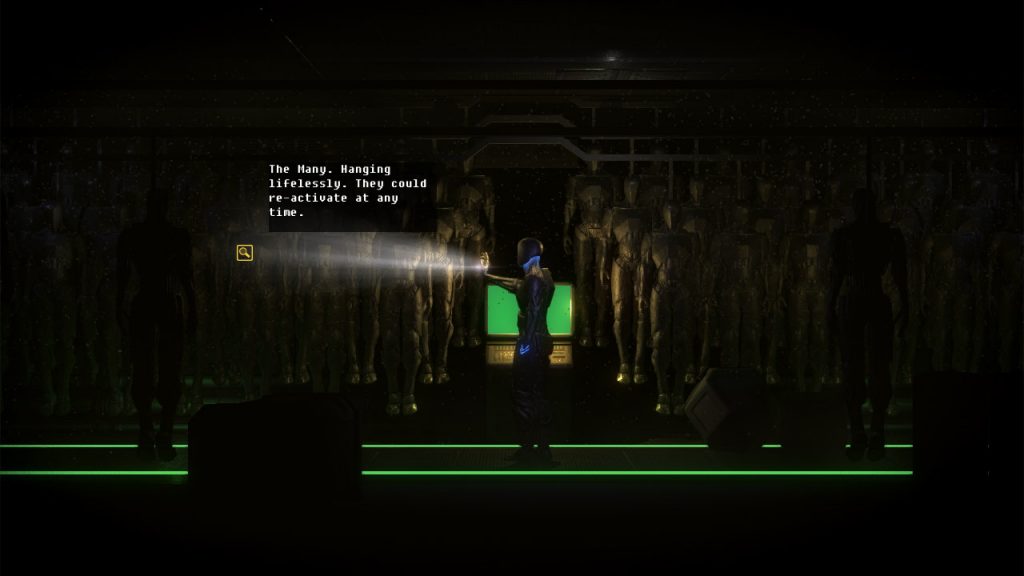 PS4B: Where there any particular hurdles or challenges you had to overcome when working on the game for PS4 and Switch?

Not as much as you’d think, but our game is relatively simple in the grand scheme of things. There are a number of small Switch optimizations that were added, but aside from a handful of those, the game looks and plays identically. Nintendo has built a nice little device in the Switch… and of course, it’s always delightful to work on the PS4, because I basically don’t have to worry about hardware requirements.

When you’re an indie, it really doesn’t make sense to build the type of game that requires incredibly efficient design and will push hardware to its limits. I know what those sorts of productions look like and they’re a serious undertaking. You’re asking for layers of pain by wandering into those woods unprepared. Better to avoid the whole problem entirely and chose an art style that creates the experience you want while being somewhat manageable. You avoid nightmares upon nightmares by doing that. 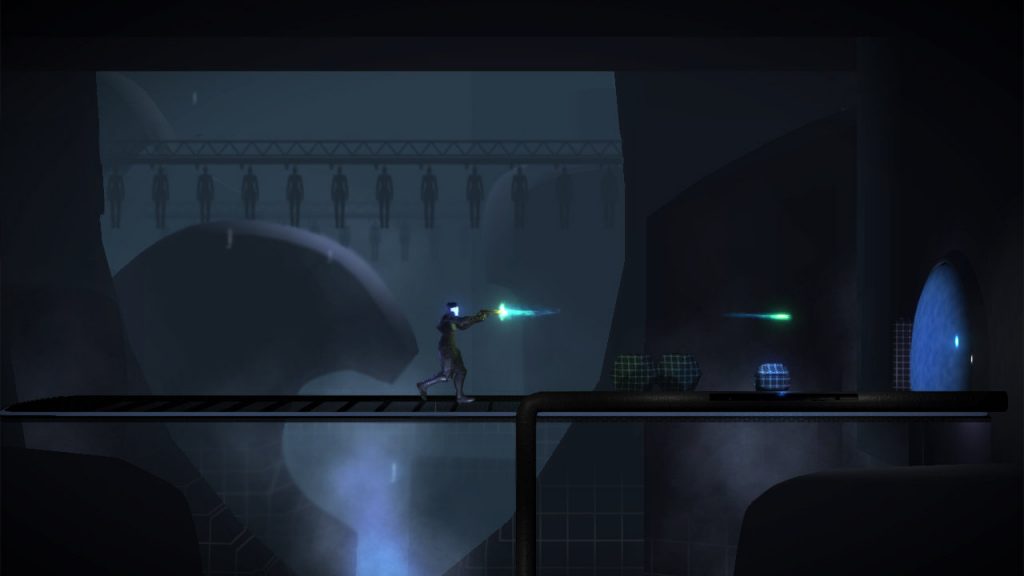 PS4B: And now, it’s time for some fun for trophy hunters out there! Could you please reveal the trophy list for the game along with its shiny Platinum?

Sure! Because our game is mostly about exploration and puzzle solving, our trophies are cryptic. There are also 11 that I have not included in the list (our story progression trophies) because they might be suggestive of spoilers.

You Tried
You WILL make a choice.

Ideologue
you WILL save yourself.

Glutton for Onishment
Take it out on me.

Only I Learn Quickly
You know what you have to do.

Become the Master
Manifest your message.

Trashy
We are NOT garbage.

Player
I thought I was irresistible?

Where’s my Oscar?!
I feel the snub.

Self-Talk
No, no, no, affirmations should be phrased in the positive.

You Red and Blue It
Not so predictable after all.

Social Worker
Who can I help?

How well DO you know them?!
Unpackage your parts.

Internal Damage
Not that kind of pain.

Refined Unrefinement
He will STILL not center to this.

Reflective
Have you cataloged correctly? 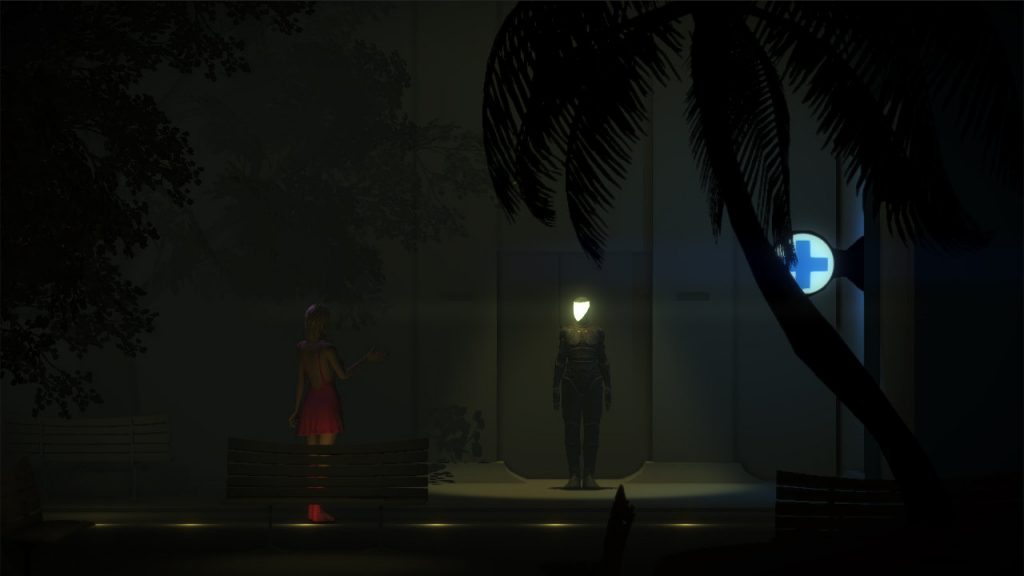 PS4B: Once again, thank you for doing this interview. Anything else you might want to add?

Always a pleasure sir! Thanks to you, and everyone at PS4Blog.net! I’ve got nothing much to add, really. Over The Moon focuses on story-heavy games so if you’re into that side of gaming, keep an eye on us. Also, I’ve decided to branch out and start a developer insights series on our YouTube channel, starting with an archetypal analysis of Dark Souls. The type of reader who enjoys video game theory should enjoy our videos! I think that’s it… Until next time! 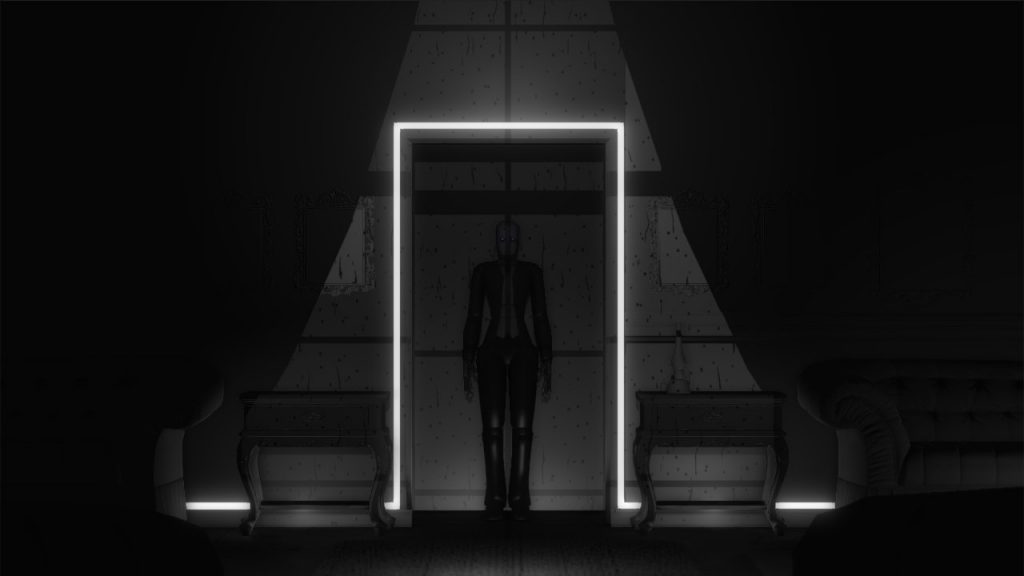