We’re currently playing Gunhouse on Nintendo Switch for our review, so we got in touch with Necrosoft Games to talk about the game’s development for Nintendo’s hybrid console.

PS4Blog: Hi! Thank you for joining us today. Could you please get us started by telling our readers a bit about yourself and your work?

I’m Brandon Sheffield, creative director at Necrosoft Games. I started out in the industry as a journalist, way back in… 1999 or so! I got to see some prime E3s, I will tell you what! I started working in games in 2005, mostly doing writing in games, from original stuff, like Barnyard Blast (if you remember that one!) to naturalization, like on Sine Mora, which just came out on Switch as Sine Mora EX (I also did some minor design rebalancing for that game).

I started up my own company in 2012, and Gunhouse was actually our first game released, though it took us a year and a half to do it. It came out first on PlayStation Mobile in 2014, on the PlayStation Vita. It did okay, but we kept having things we wanted to fix here and there, so we just kept working on it and releasing new versions until we reached the Switch and Vita native versions, which are out now. We’ve added just tons of stuff since then, which is gratifying but, hopefully, it pays off! Ha ha ha.

As for Necrosoft, we basically make the games we want to play. My favorite consoles are the PC Engine/Turbografx, the Neo Geo, and the Saturn. I’d say we draw alternately from those vibes depending on which game we’re doing, but we’re never trying to make throwbacks. We’re trying to basically say: If we were to make a goofy puzzle game on the PC Engine right now, what would that game look like? That’s kind of Gunhouse. If we were trying to make a Neo Geo game with modern sensibilities, that’d be our upcoming game Gunsport. If we were to make a modern Saturn game… well, that one’s a secret.


PS4B: Gunhouse is now out on the Nintendo Switch. How would you describe the game to someone who’s never heard about it?

Gunhouse is a goofy endless puzzle-meets-tower defense game. More specifically, I’d tell them how we tried to make a game using the smallest puzzle grid possible. Or how it’s turn-based and real time. Or how it’s got music by Disasterpeace and code by Jim Crawford, who made Frog Fractions. I’d tell them it’s got a ridiculous art style. But I also know it’s not a game for everybody!! I’m not mad if people don’t like it, games are a subjective experience. We do have people who have played the game for more than 80 hours though. The poor things! 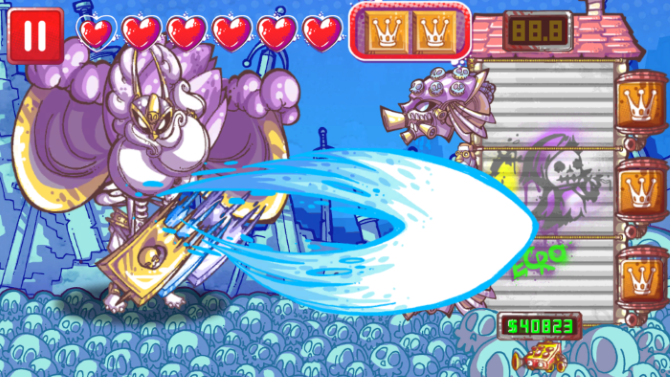 PS4B: Where there any particular hurdles or challenges you had to overcome to bring the game to the Nintendo Switch?

Porting was super easy, once we got a dev kit, thanks to our friends at Other Ocean, who are publishing us. They were a natural fit as a partner for us because… we work out of their office! Ha ha ha. The biggest challenge was probably all the stuff we wanted to add! We keep adding more, too… we can’t stop! 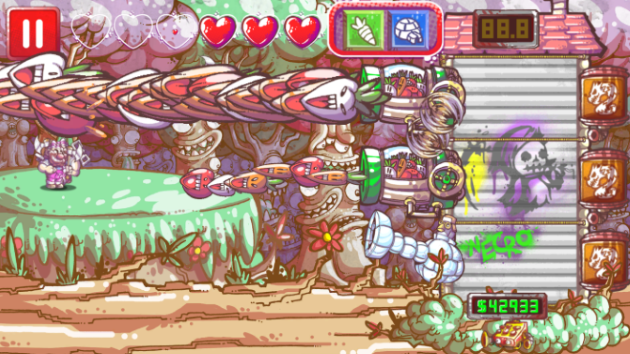 PS4B: Since Gunhouse has been released for Switch, what else are you currently working on? Any projects you are planning to release on Switch or PS4?

I can’t say everything, but I can tell you first and foremost that Gunhouse is coming to PS4 pretty soon! It’ll be cross-buy with Vita, so hopefully people are into that. As for what else we’re working on, we’re slowly working on our game Gunsport, which is basically 2v2 cyberpunk volleyball with guns. It was on hiatus for a while, but we’ve slowly been working on it as a passion project. We’ve also got a beta of our game Oh, Deer! out there, which is a pseudo-3D driving game. It’s out on PC in beta form, but we want to eventually bring it to both Switch and PS4! We also have… that secret project. But it’s a secret. 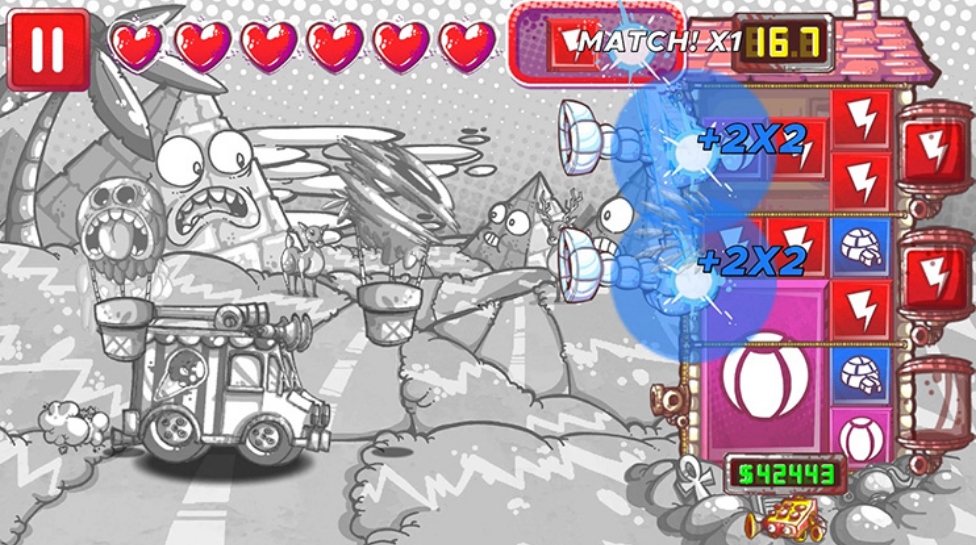 I just hope people like the game! As I said, it’s not for everyone, but I hope that if people try it, it’ll bring a smile to their face (and maybe a little good old-fashioned frustration too, ha ha ha). 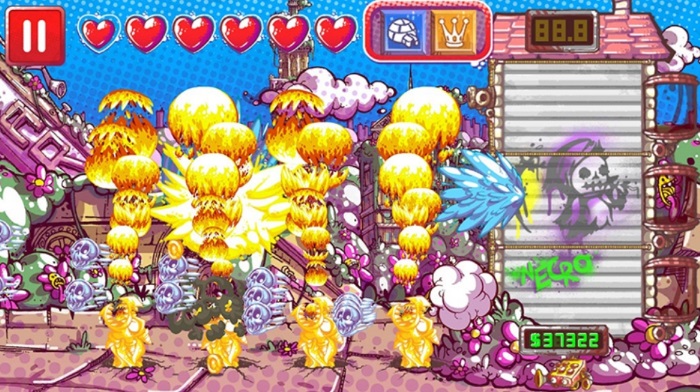