In Vitro Games set out to develop a game that mixes elements from fast-paced and hectic shoot ‘em ups with a dose of adventure gaming to present an action-packed exploration and narrative experience. You take control of Eneas, a cadet who has trained to pilot his Anakim, and advanced mech that can absorb and transform the energy around it. Unfortunately, there seems to be an issue with Eneas Anakim during a civil war lead by rogue Anakim pilots which, and this particular unit does not develop manage to acquire this skill. Eneas sets out to combat the rogue pilots to defend his home. 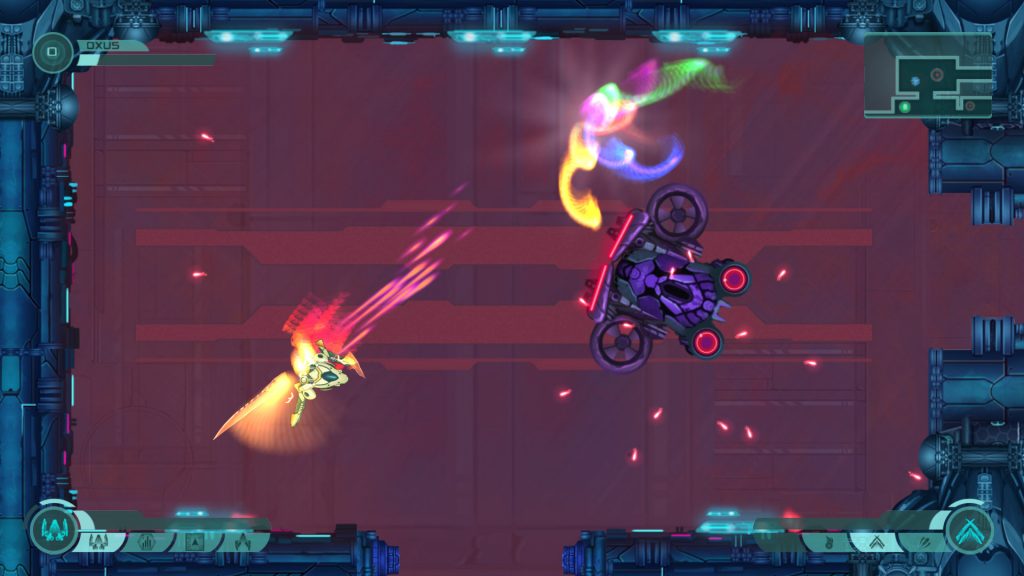 During the shoot ‘em up sections you move around with the left analog stick, aim with the right analog stick and shoot with the R2 button. While you can keep the R2 button pressed to constantly shoot at enemies, doing so will slowly deplete your weapon gauge, and if you’re not careful you’ll run out of energy and be left without a way to retaliate for a bit. Energy is important since you can also activate a shield by holding down the L2 button and then pressing the R2 button, and this will use up a lot of energy! Speaking of the L2 button, you can use it to activate an aiming reticle which can be used to target enemies, unleashing a powerful charged strike that deals considerable damage. 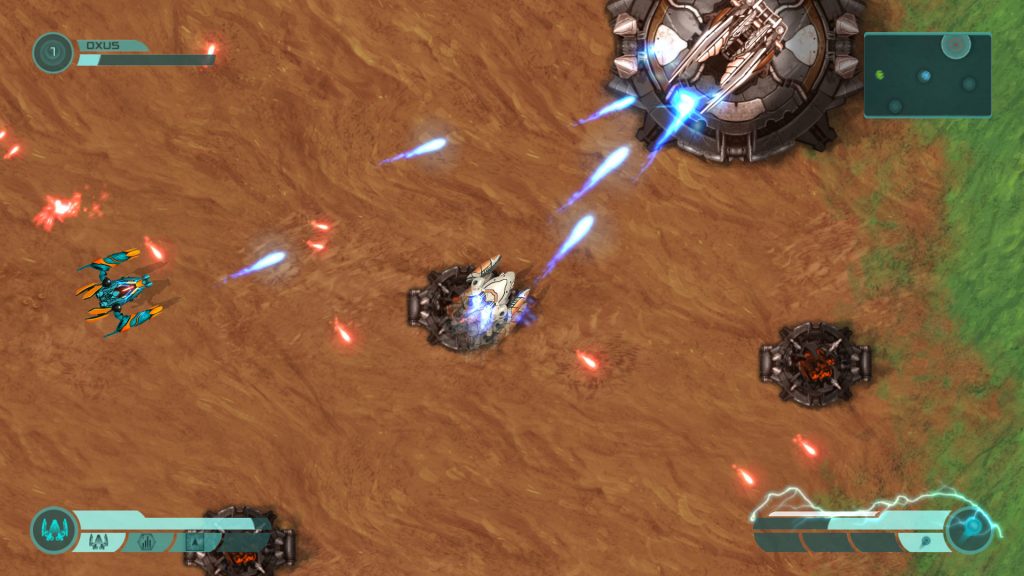 
You’ll be able to upgrade your Anakim by improving the Oxus Channeler (upgrade to collect Oxus and recharge containers faster), Ballistics (increase your ballistics discharge speed and damage), Oxus Container (adds an extra container to your Oxus capacity), Life Containers (add an extra container to your life capacity), and Speed (increase the speed and agility of your Anakim). You need Oxus for upgrades, so be sure to collect as much as possible during your missions! The fun thing is that Oxus can also act as a healing element while you’re out on a stage, so you’ll need to review if you want to recover some of your health during a stage or if you risk it and try to stay alive long enough to defeat the boss. 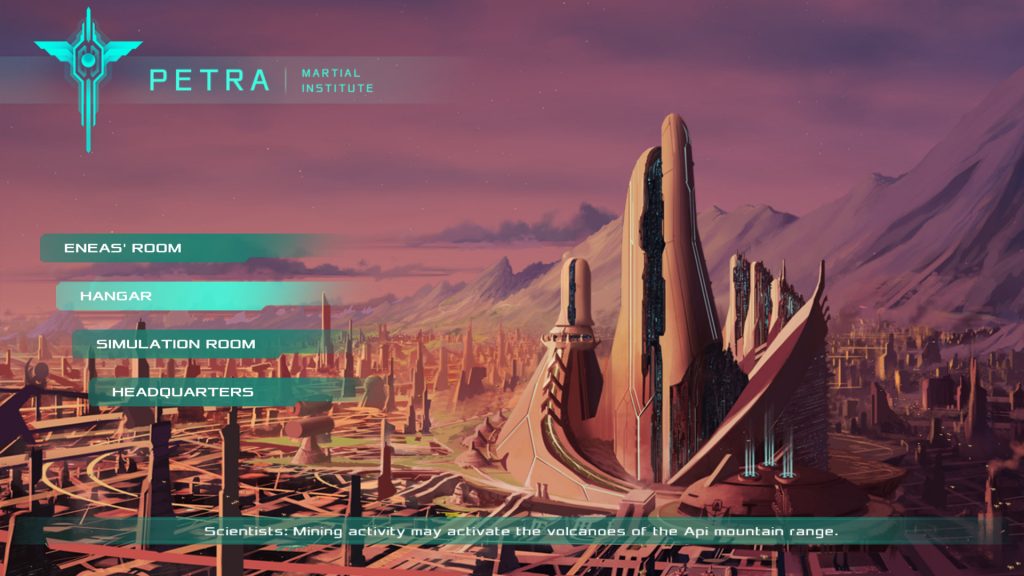 Defenders of Ekron does not include a Platinum trophy. It does provide players with a list of twelve trophies, one Gold, four Silver, and seven Bronze, unlocked for milestones such as analyzing objects, fully upgrading your Anakim, finding lost documents, completing the game, achieving 100% when doing so, and more. It’s a good list with plenty of objectives that keep things interesting. 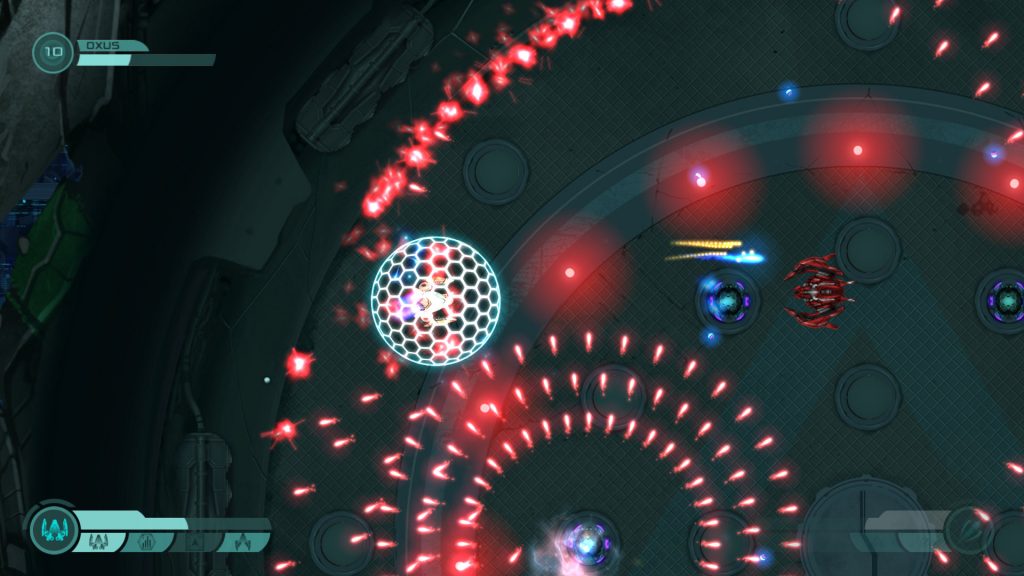 Defenders of Ekron is an interesting game that mixes genres with some success. The action sequences are solid and provide players with several variations on a winning shoot ‘em up formula to keep things fresh. There’s a considerable challenge in this one that will test your skills in full, and if you give it a try, you’ll see that the overall action and exploration segments come together to give us an amusing indie release on PS4.

Disclaimer
This Defenders of Ekron review is based on a PlayStation 4 copy provided by In Vitro Games.