Three years after releasing Lords of the Fallen, developer Deck13 are back with spiritual successor The Surge, a challenging science-fiction themed action RPG. Is the Souls influenced game worthy of being played? Find out in our The Surge + A Walk In The Park DLC review!

In a world where all of the planet’s resources have been exhausted, a company went on a mission to save the world and its inhabitants: CREO. Warren, the game’s protagonist, decided to apply for a job at CREO, which would allow him to regain usage of his legs by having an exoskeleton drilled into his body. Unfortunately for him, after painfully receiving the implant, he finds himself being dragged into a junkyard to be disassembled, something he will not agree to. That’s the moment you start your quest to get back to the factory to find out what happened and what secrets CREO is hiding…

For those not familiar with the genre, this game is a hardcore action RPG, in the same line as the Souls series or PS4 exclusive Bloodborne. Combat is mostly done in close-quarters and can’t be done like you would in, say, a hack-and-slash game, as you’ll probably be obliterated in only a couple of hits by a single opponent. And if you happen to die, which will happen more than you can imagine, you’ll lose all the tech scraps (the game’s currency) you acquired right where you died, and you’ll only have a couple of minutes to go back there and grab them back, otherwise they’ll be lost forever. 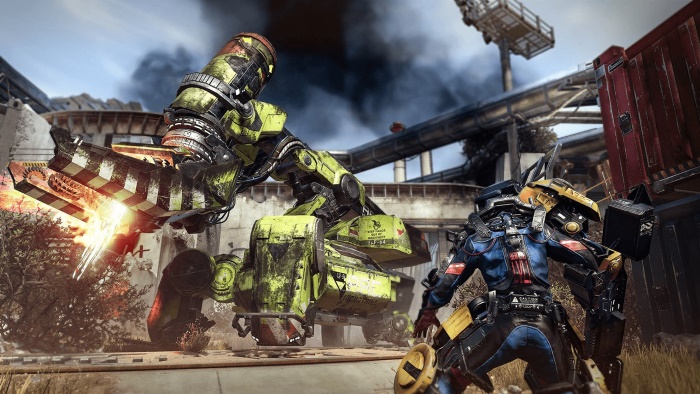 Speaking of currency, the strongest aspect of the game for me was the upgrades and implants system. Your exo-rig is composed of power cores, gear items, and implants. Implants are what allow you to alter your character’s skills, by doing things like increasing your health, reducing your energy consumption and so many more. The thing is, you have a limit on how many implants you can equip, but you also have to consider the number of power cores they consume by equipping them! Since your suit has a limited number of power cores (that can be upgraded with those tech scraps), you’ll have to choose carefully to stay within limit while having the necessary skills for what you’re trying to do. The gear you equip onto your body parts will also provide stats enhancement to help you survive, with a simple upgrade system that will require those tech scraps and other parts that will be looted in-game while exploring.


Visually, the game is really nice to look at. The environment isn’t as detailed and varied as some big open-world games, but there is still a lot of details that help to showcase the ravaged world you are in. It’s also worth saying that the different menus for the upgrades are great and very easy to understand, a feature that is sometimes forgotten in this type of game.

Coming from a guy that has never played any of the Souls games, or any of that genre actually, that game is haaaaard! The first time I died, I didn’t even see it coming. I just went through a door, as a normal player would, and that exo-rig dude just jumped on me, delivering a one-two hits combo that depleted all of my health. After a couple of deaths, I finally started to get the hang of how the game works in combat, started getting a couple of implants to choose from and enough tech scraps to add a couple of power cores onto me body, so everything was going well. And even though I kept on dying from time to times, I was going back at it, getting a little further each time… 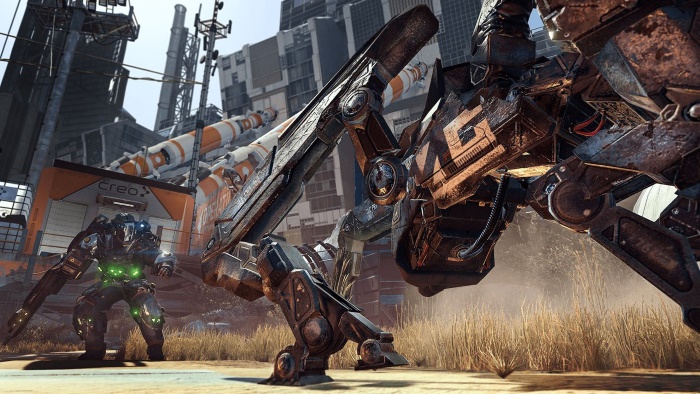 And then I met the first boss of the game, a giant robot that slashes you, stomps you if you’re too close, and eventually shoots rockets onto you. Unfortunately for me, it didn’t take only a couple of tries to beat him. It literally took a dozen tries before I managed to beat him. People who’ve played games like this in the past probably won’t have any trouble defeating it but, for me, it was just a bit overwhelming. Maybe it’s my lack of experience, but I found that there was a major difficulty curve between the boss and the regular enemies you encounter.

A bit further into the game, I was able to go and have a look at what the Walk in the Park DLC had to offer. Now, this is something I appreciated coming into this game for the first time, as I didn’t have to complete the game before being able to get into the DLC. As soon as I got into CREO World, given the mission to find and help the Operator, I felt a clash between what I had just been through and what was up ahead. Gone was the industrial look of the abandoned production facility, gone were the exo-rigged enemies (for now!) and instead I was greeted with a colorful place with picnic tables and with donut and soft drink headed mascots that wanted to kill me! The clash was the same as the Nuka World expansion did when I played Fallout 4. 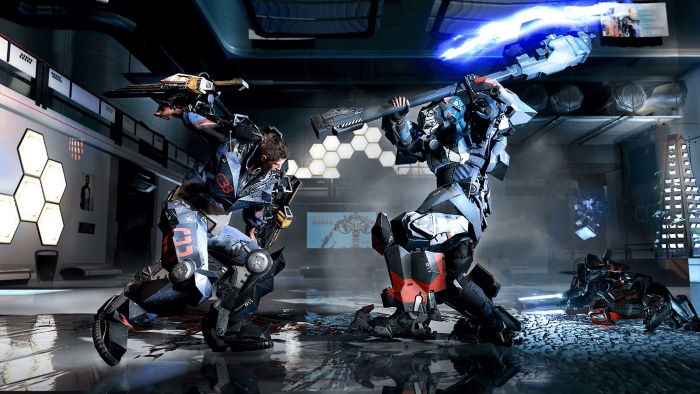 While I didn’t have the chance to see all the new weapons, armor and implants the DLC has to offer, I did a chance to retrieve one of the mascot’s head as an armor piece, which was quite funny and a nice touch to fit with the whole idea of the theme park. Even though the game is not an open world release, I felt that exploration was made a bit more important than through the main path of the game, while still keeping the stressful feeling of having to check around every corner for someone trying to kill you.

As far as trophies are concerned, beating the game itself will be a major accomplishment for me, and that is not even enough to earn that shiny Platinum! There are a lot of collectibles to find and a couple of missable trophies that will require some actions to be done in a certain order. Now the good news for newcomers to the game, or people revisiting it, is that there are many guides available on the internet for the base game since it was released back in May. 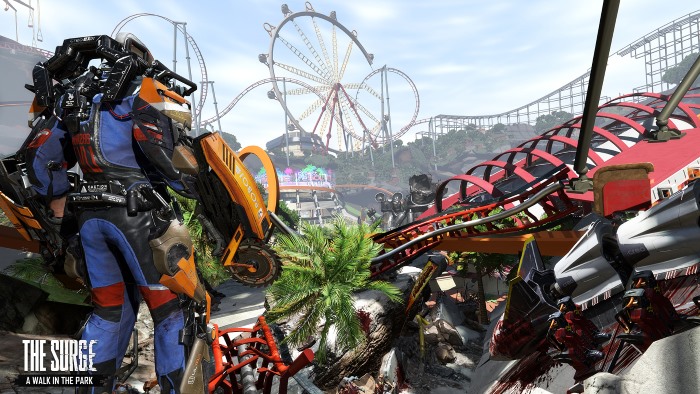 The Surge + A Walk In The Park DLC Review

Game title : The Surge + A Walk In The Park DLC

Final Thoughts
Even though the game is definitely hard, I really enjoyed my time with Deck13’s new release. The Surge is a great game to play that feels rewarding when you’re surviving and has one of the nicest upgrade systems I’ve seen recently in action RPG games. Fans of the genre should definitely check this one out!

Disclaimer
This The Surge + A Walk In The Park DLC review is based on a PlayStation 4 copy provided by THQ Nordiq.

[Beyond PlayStation] Max: The Curse of Brotherhood Review