Super Hydorah is a retro shoot ‘em up homage to the classics of ages past. Learn more about this fast-paced space shooter for the PlayStation 4 in our Super Hydorah review!


Super Hydorah is a love letter to the coin-op machines that were so popular back in the 1980s. Back in the day, there were no game saves or checkpoints, so you obviously had to complete games in a single go, and Super Hydorah follows the same formula, making this a challenging journey for those who are not fans of the genre. 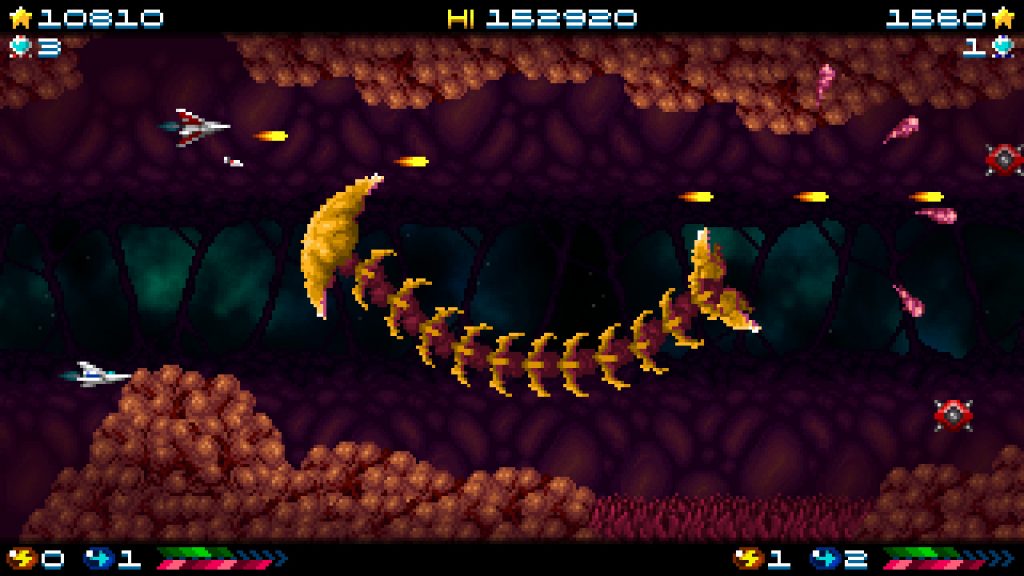 Enemies appear from all over the place, on the ground or flying around, some on their own and some on formations. Some enemies drop colorful power-ups you can collect to get extra ships, shields to defend you from enemy attacks, extra fire power, and more. Power-ups are a must for this one since they will greatly increase your odds of survival, especially since a single hit could be your doom! 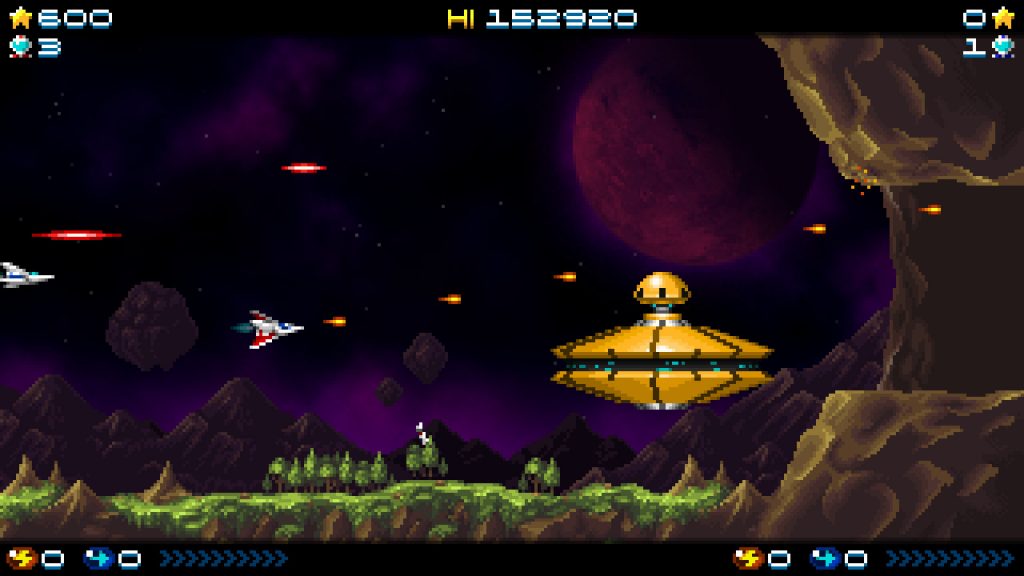 The very first level is pretty simple and eases you into the game with a few enemies and some obstacles here and there, as well as a simple boss fight to complete. After defeating that boss you will gain your very first new weapon, and you can put it to good use on the next level you select from the overall branching path before you. 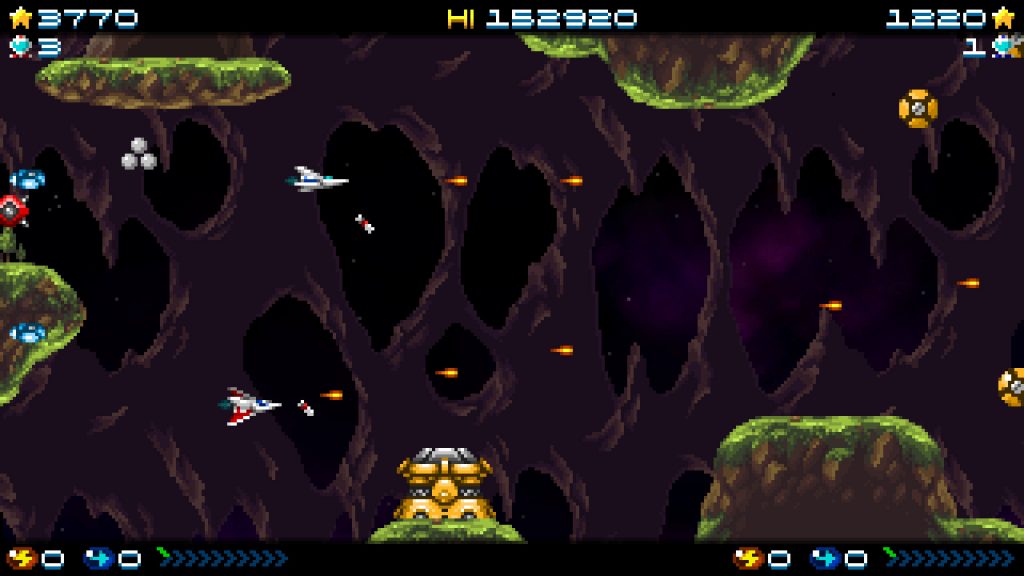 Levels do ramp up in difficulty as you progress, all at a steady pace, and you’ll probably end up replaying some levels as you learn their layout, the enemies you’ll face up against, their attack patterns, etc., all leading up to that stages boss. The branching paths do offer you the chance to change your path if you find that the current level you’re playing is a bit too difficult for your skill set, which is definitely a nice option. 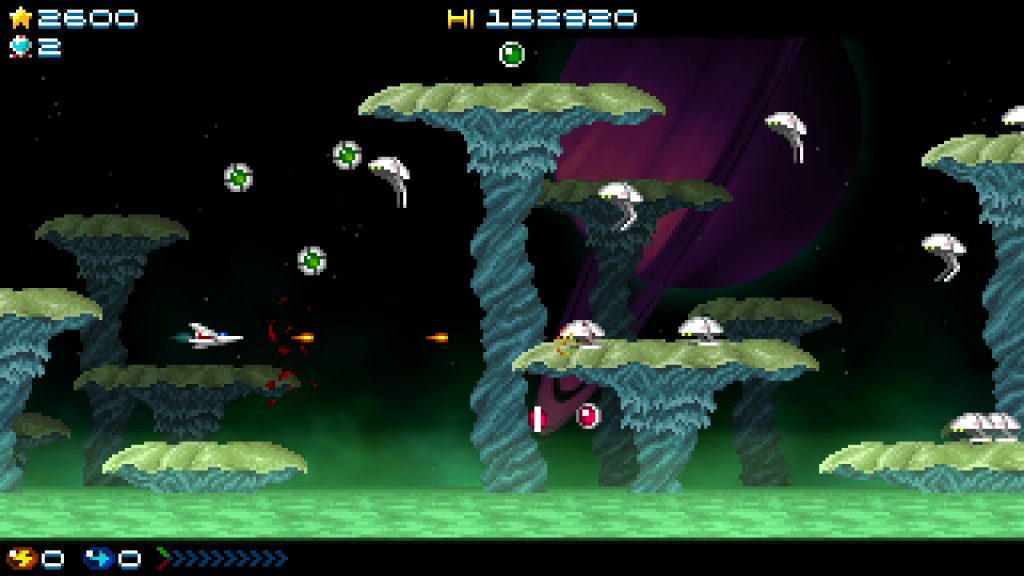 In the final set of levels of your run, you will notice that the difficulty will have a considerable bump, with narrow passages to traverse while you avoid enemies and their attacks. This is where frustration can kick in, but some good old-fashioned trial and error as you learn what works and what doesn’t for each section of the stage will definitely go a long way. Are you up for the challenge? 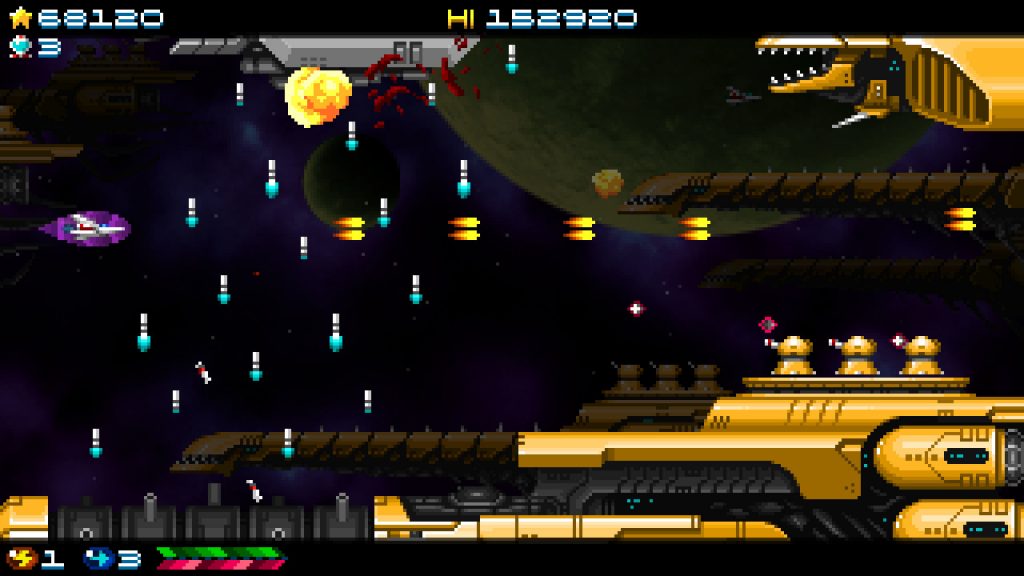 There is a platinum trophy to earn for this one which definitely surprised me as it’s technically a fairly short and small game, so I wasn’t expecting this. But since there’s a lot of replay value in the game from the different paths you can take, having a Platinum trophy to aim for is certainly a welcome surprise – not to mention there are several Gold trophies on this list! 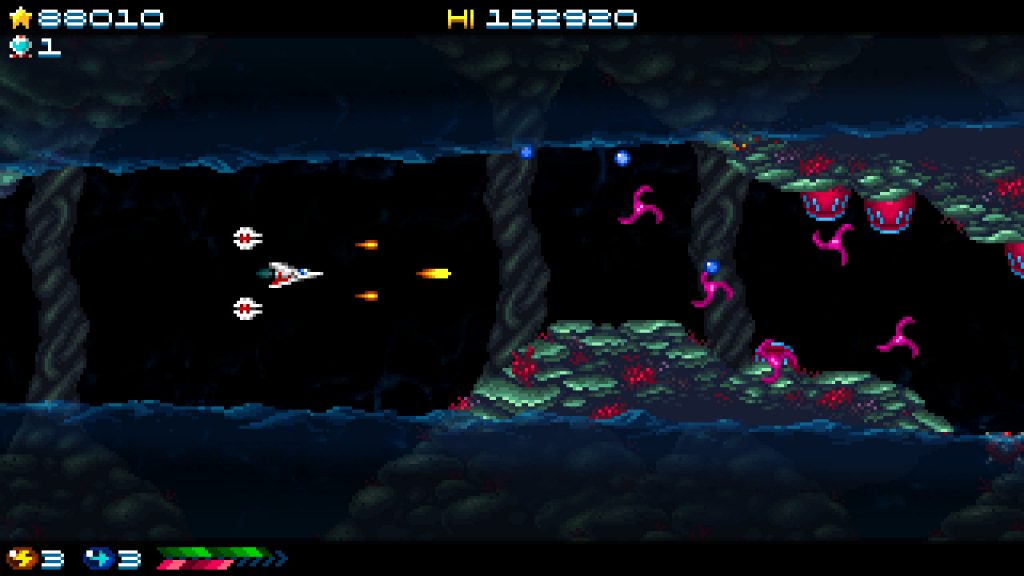 Super Hydorah is a solid tribute to old-school shoot ‘em up that also does its own thing to give us a great PS4 release you need to play. Older players who actually went to the arcade back in the 1980s are going to love this one, and those new to the genre are going to find a great 2D pixel shooter to keep them busy for many hours.

Disclaimer
This Super Hydorah review is based on a PlayStation 4 code provided by Abylight.