Hey brother! There’s an endless road to rediscover. Hey sister! Do you still believe in rhythm games? I wonder ! If you recognized the slightly modified lyrics of the song Hey brother by EDM star AVICII, then you should check out our Invector review!

Invector starts off with a little cinematic, introducing you to Stella, the young girl on a space mission to find a chocolate bar with almonds. While this game does not feature an Uncharted-grade story, it does have a funny way of taking you through space with the short-tempered girl and her problems with her spaceship showing up between the songs you play. 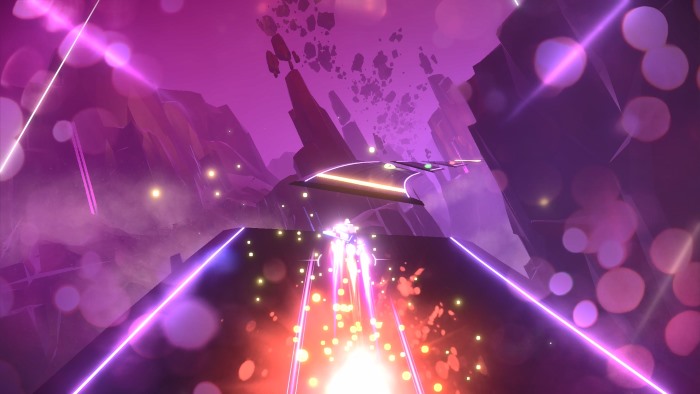 Speaking of songs, this game has 22 tracks for you to play, all by Swedish EDM artist AVICII. If you’ve played any kind of music rhythm games before like Rock Band, DJ Hero, or, more specifically, controller focused ones like Amplitude or Rock Band Blitz, you’ll feel right at home with this game. Depending on the songs and the level of difficulty you play (there are three levels), you’ll have to press any of the four face buttons, L1, or move left or right, carefully matching the beat while your spaceship flies over the displayed buttons. There are also some segments in the songs where you’ll be free flying, and instead of matching the buttons you’ll have to navigate through floating rings to continue your hit streak.

If you can imagine a spaceship flying through a dance club, then you’ll have an idea of how this game looks. Each different section of the game (which re-group a couple of songs together) are rendered under a certain thematic, and all feel different while preserving the futuristic aspect of the game. 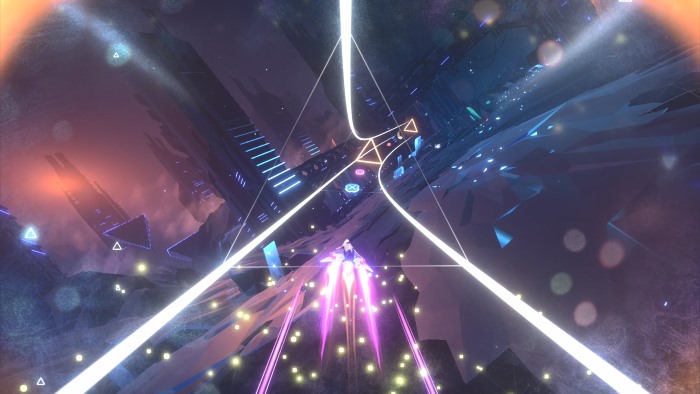 As for the soundtrack, it’s 22 smash hit singles by AVICII. This is where the game could be anything from a must-buy to a “stay away from it” for you depending on whether you like EDM music or not – specifically AVICII’s music. It gives a more consistent feel to the game, as you’re flying through the same type of music throughout the whole adventure but it’s obviously the complete opposite of having a variety of songs and genres to play (like in any Rock Band titles for example).


As for me, I like EDM music, and I like AVICII as an artist, so this game’s been a really good time for me. I’ve enjoyed playing all the songs and really liked the fact that none of them were extremely hard to play or finish. A lot of times in rhythm games there’s a certain point where the songs become devilishly impossible to play unless you considerably lower the difficulty which ruins the fun you’re having, but Invector didn’t suffer from this. And while I haven’t played all the songs on the upper difficulties (I’ve only cleared all on Easy), I still found that the songs I replayed on Medium or Hard are indeed manageable. 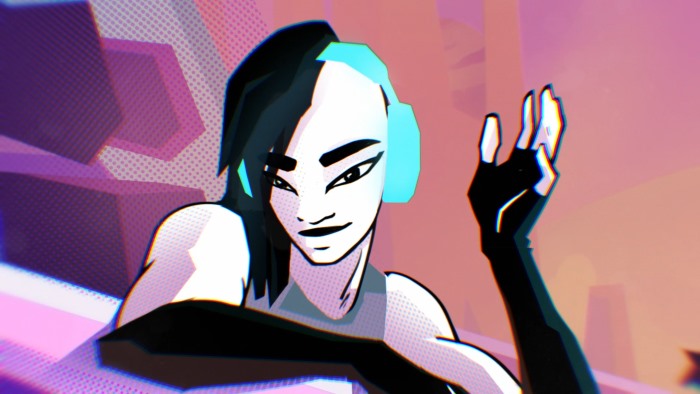 I also like the little segments where you’re free flying, it serves as a little pause in the middle of the songs and does a nice job at introducing a good change of pace. The only thing that bothered me in those parts was the fact that the game does not offer the option of inverting the Y-axis (yeah, I’m one of those that inverts it), so a lot of times I ended up missing the circles since I just went the wrong way.

As for the trophies, well, it will all depend strictly on your skills. A lot of them will unlock naturally while you play the game, but then there are trophies for hitting 100% of the notes on easy/medium/hard. While I said all the songs were not too challenging to play, I still found myself missing a few notes here and there, so for me that the Platinum might prove to be a challenge – be sure to calibrate the game before you start playing due to how TVs nowadays introduce a bit of lag into the whole equation.


Final Thoughts
Hello There Games made a risky bet in putting all the focus of their game on a single artist, but what they did with AVICII’s music is a success. There’s a nice, funny story that blends in perfectly between the songs, and the rhythm sections are a blast to play. If you’re a fan of the genre, then the only thing that could stop you from checking this one out is if you really don’t like EDM and/or AVICII. Otherwise, get that music playing and enjoy this game!

Disclaimer
This Invector review is based on a PlayStation 4 copy provided by Hello There Games.