Party on, my friends! Gang Beasts is one of the best party games to drop in a while for PlayStation 4, and you should definitely check out our Gang Beasts review to find out why!

Customise your character and fight local and online enemies in the melee game mode or fight with friends against the gangs of Beef City in the gang game mode.

Gang Beasts is a game from developer Boneloaf. It’s been on PC for a while in Early Access (since 2014!), and now it has finally released on PlayStation 4! After watching some hilarious let’s play videos for this one over the years, I knew this was a game I wanted to get my hands on.

You might be asking yourself, what is Gang Beasts? The title does little to tell you what the game is really about. Well, it’s a 3D Brawler in which you control an anamorphic blob character and try to outlast the other blobs by not falling or being thrown from the area. It’s definitely an interesting concept that yields some very fun results!

The game itself is kind of akin to Surgeon Simulator, I am Bread or Goat Simulator in some ways since, while you do “control” these characters, they are purposefully hard to control to get what you want them to do. It helps create an even layer of chaos for all the players involved and really leads to “an everyone could win” scenario. You can punch, kick, headbutt, grab and lift people over your head and toss them. The last part is important as you want to do that to win! Each of the triggers acts like a grab for the left and right hands respectively, and once you get a good grab, you can hoist someone over your head. I’ve also seen people climb walls using this while trying to survive. 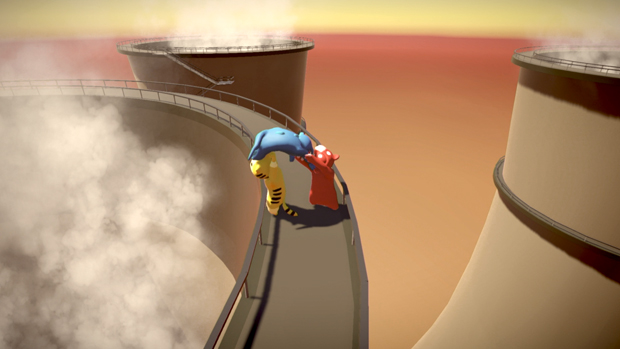 While the characters can be customized with different costumes and other pieces of attire they can all feel pretty similar, it’s the stages that really set show how fun this game can be! They can be simple like a boxing ring, but do start to get more complicated and dangerous including breaking icebergs, suspended train cars from a crane, meat grinders, Ferris wheels, and more. The stages will randomly start to fall apart or destroy the characters, so not only are you working against other players, you are trying to save yourself from the stages as well! 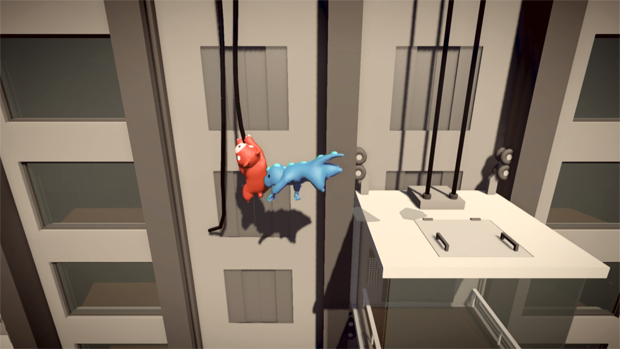 The game really shines when playing with other people – I might even say it’s one of the best party games ever made! I had a bunch of friends over a few times, and we couldn’t stop playing the game, passing the controller around as we all wanted to take turns playing this madness. You can also get private matches going to play with people online, but it’s not quite the same atmosphere. As there is no single player content, you need to either get online or have friends over to really have fun with this one. 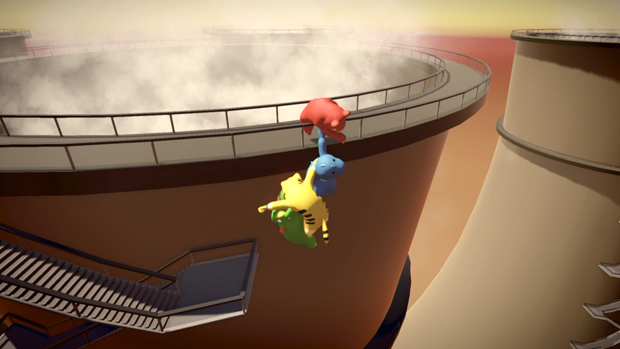 I really liked Gang Beasts. It might seem as if there isn’t a lot going on for this one, but trust me when I say it’s the perfect party game for when you have friends over! It has now become one of the essential party game I bring out when friends visit, so be sure to give this one a go!

Disclaimer
This Gang Beasts review is based on PS4 copies provided by Double Fine Productionss.