Defunct is a fun and fast-paced game that, due to its nature, certainly seems aimed at the speedrunning community. Learn more about it in our Defunct review!


You play as a broken one-wheeled robot who is trying to find his way back home after falling out of a giant cargo ship. You land on earth where humanity has become extinct, and run my robots. You will be riding up ramps, hills tubes and more, aiming to beat each in the fastest time possible. You can also compete with others for a place on the leaderboards, as you learn how to make the most of the gravity mechanic.

Along with the main Campaign Mode which has 40 levels for you to complete, you also have the Time Trial Mode where you play for gaining top speed to finish puzzles as fast as possible. There are several unlockable stuff things I the game like skins to customize your character, and you can also unlock many tricks. 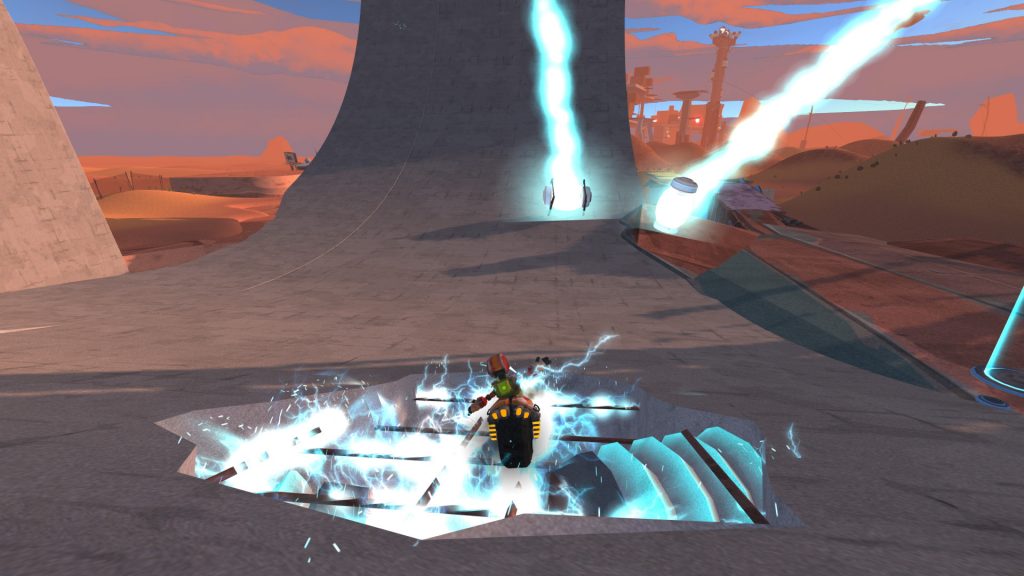 Gravity is your ally, and you can also magnetize and stick to some surfaces so that you can go through levels upside down… and then there’s Enerjuice! Enerjuice is Defunct’s version of a turbo boost, allowing you to quickly your top speed. The tracks are fairly short, which is not bad since it makes it possible for players to focus on the need for speed – you can memorize each track as you go to find ways to cut valuable seconds here and there.

Even though there are open spaces begging to be explored, exploration is not a big part of the equation since you need to focus on finding the best route through each of the lush locations and bio domes you will traverse. Sure, the game is pitched as an adventure racer, but I would have liked it if there was more exploring in the whole thing. 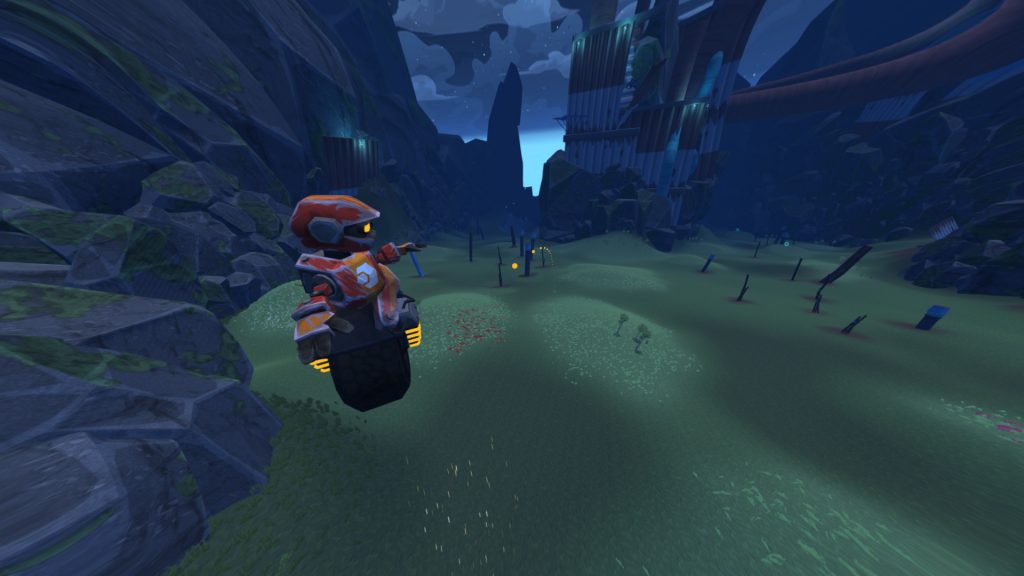 Because the game revolves around speed running, exploring is not really a part of the game, even though there are open spaces that is begging to be explored, which is a shame and a wasted potential as the beautiful lush locations and biomes should have a free roam option so players can explore their surroundings. The game is pitched as an adventure racer, and it would be more of an adventure if the game had a lot more to offer than speed running. Although there is some very minor exploration to be had as sometimes you may need to find a key or hit switches to carry on, the focus is definitely not on that.

There are a lot of different lush environments to race through, from dirty, sandy deserts to green wonderlands full of color. Graphically, the game looks gorgeous, and the environments are very diverse so you won’t feel as if you were racing on the same type of track over and over. Freshly Squeezed Studios and SOEDESCO have put great care into this game, and other than some minor bugs for which I ended up stuck behind an object, but hitting the options button allowed me to quickly respawn at the last checkpoint, so it was not a deal-breaker. 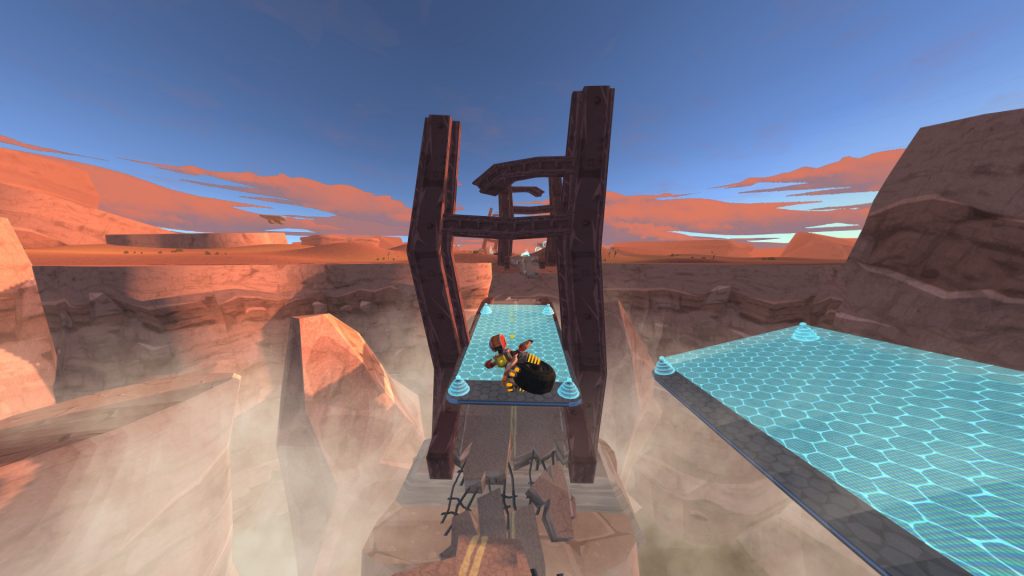 On the whole, the game is a lot of fun for those who live for speedrunning. Using your robot to make the most of gravity as your ally will be a very fun ride, and while the game is a bit short, the price is right, and there’s a lot of replayability in this one. 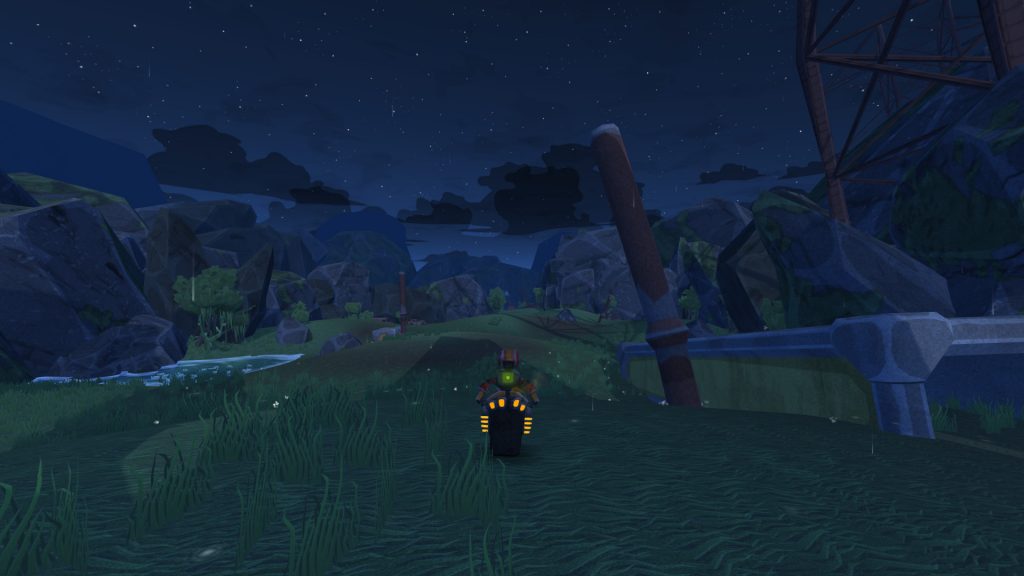 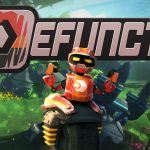 Disclaimer
This Defunct review is based on a PlayStation 4 copy provided by SOEDESCO.