Birthdays the Beginning is a new game from Yasuhiro Wada who created what used to be known as the Harvestm Moon series proper, and which now goes by the name Story of Seasons. For this game, you’re in charge of a sandbox in which you can build a cube-shaped world with some very fun and interesting lifeforms. Every step you take, every move you make, will have an impact on your world. 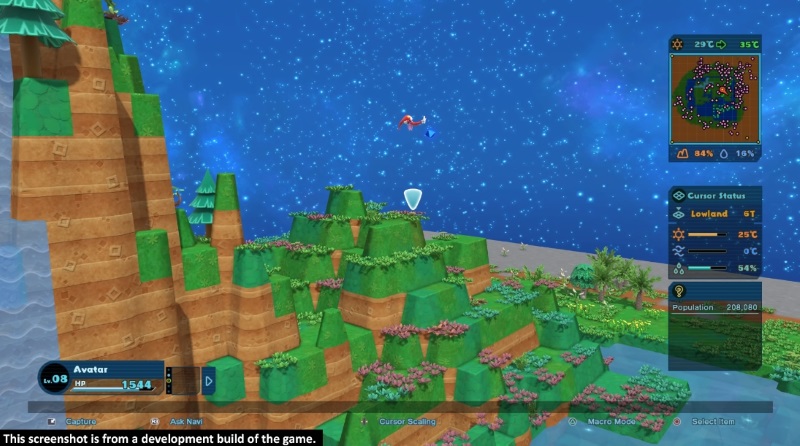 One day you find a map inside of an old book, and decide to follow its directions to see what is going on. Turns out the map leads you to a spot in the forest which then leads towards a cave that is emitting a very bright light. After entering the cave, you black out, and when you wake up you find yourself before a giant cube, a smaller cube, and a weird alien-like creature dressed in red. The small cube us called Navi, and it will aid you in creating your sandbox world. The red alien-like thing? Turns out its your avatar, and after giving it a name you’ll be ready to start the game. 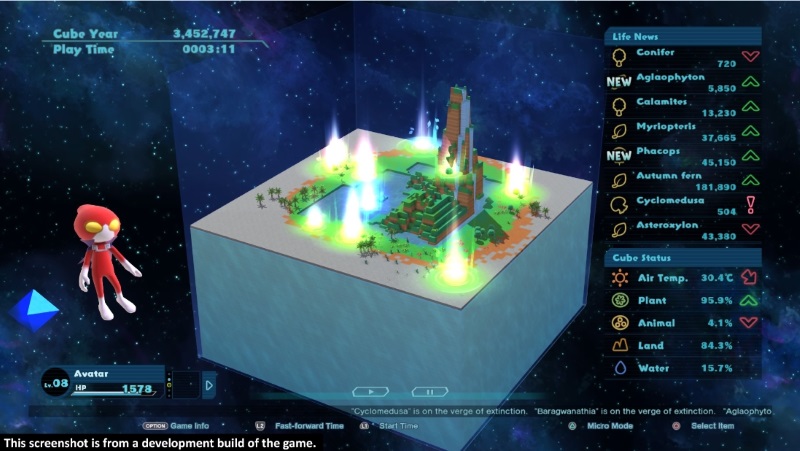 As the game begins you’ll enter a tutorial for learning the basics of the game. Your avatar will hover around the cube and a red square below it will be your cursor for interacting with everything. You’ll move your avatar around with the left analog stick, and you can speed up your movement if you hold down on the L2 button. The R1 button allows you to raise the terrain, while the R2 button will lower it. Lowering and raising the terrain is key in influencing your world’s environment, so don’t forget it! L1 changes your point of view, and you can use this along with the mini-map to see where you are and where you need to go. By lowering or raising the terrain you will use up your HP, so you’ll need to heal back in Macro mode before you can carry on more on that below.


Another way to affect the terrain is with the use of items. The first items you’ll gain access to is the Valley Source which will allow you to dig a big hole in the ground. You can open your menu with the X button and then use the highlighted item with the Square button. Water is key for lifeforms, and you can add this to your world with the Primordial Drop, a mysterious item that can create a vast amount of water out of nothing. Another very useful item is the Broth of Life which can create new organisms for you – that is as long as you use it in the sea. Once you’ve used the Broth of Life, you’ll just need to wait for lifeforms to pop-up. For this, just press the Triangle button and you’ll exit the cube and watch your creation from a distance. 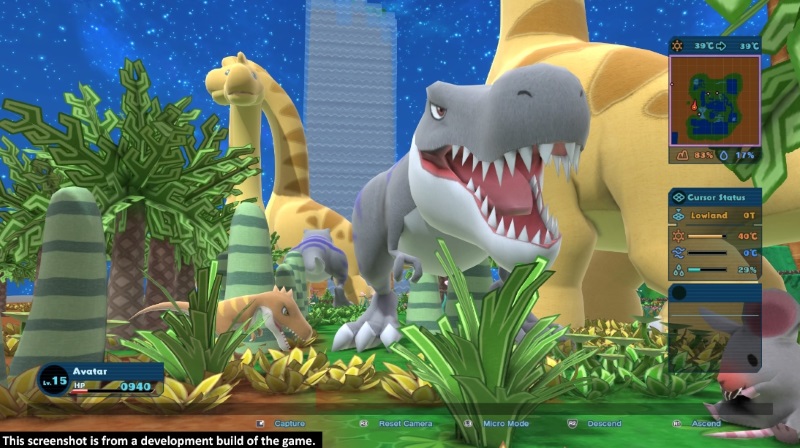 This is Macro Mode, and it allows time to once again flow through. Time allows the environment within the cube to change – just press the L1 button for time to move forward at a slow and steady pace. Macro Mode will allow you to see your world’s air temperature, plant life %, animal life %, and which % of your world is land and which % is sea. The ratio of sea to land determines your world’s temperature: the more land there is, the lower the temperature and the more sea there is, the higher the temperature. Elevation also plays a role in this since higher elevations make lower temperatures, and vice-versa. If you want to greatly speed the passing of time, you can press the L2 button, but this will consume your HP, so be careful! 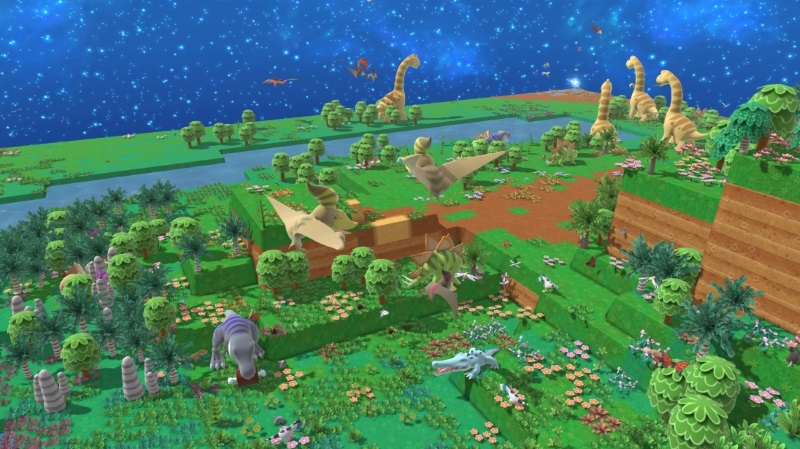 Your first pair of organisms will be Phytoplankton and Zooplankton, and from these you can start to work on your food chain. You see, Zooplankton eats Phytoplankton to survive, so you need the second one for the first one to be able to survive. Species will grow in population and will eventually adapt to the environment and evolve into a new species while the previous one becomes extinct. If you’re in need of a hint or two about what to do next to keep your world moving forward in the right direction, you should press the R3 button to see what the game has to offer.


The new species that show up in your world need to be captured in order for it to be added to your encyclopedia, so be sure to visit in Micro Mode every now and then when a new birthday occurs so that you can then press on the touch pad in the DualShock 4 to add the information for that species. Capturing new species will allow you to gain EXP to level up, which will thus increase your overall HP. Leveling up will allow you to adjust the size of your cursor so that you can speed up your process – this is done by pressing left and right on the D-Pad. You can press the L3 button to enter view mode to view your creations and search for lifeforms you haven’t captured yet – just keep in mind you won’t be able to alter the terrain while in view mode.

The game has a full list with a Platinum trophy, but it’s one that will require that you grind for a very long time – or that you at least leave your PS4 up and running for many weeks to be able to “play” the game for as long as the list requires. There are a handful of trophies for clearing the in-game scenarios, as well as trophies for moving terrain, creating a ton of organisms in your world, lowering and increasing the temperature in your cube to very low/high levels, turning the whole cube into a sea, clearing challenges and more. 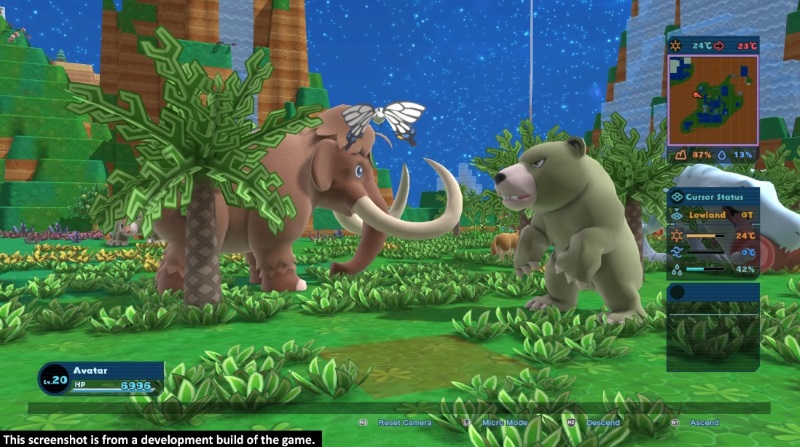 If you’re a fan of sandbox games, then you should definitely check out Birthdays the Beginning. It’s a quirky, colorful and fun sandbox release with a ton of lifeforms to create and capture, giving you dozens of hours of gameplay for your purchase. There have been a couple of patches to the game to rebalance things, and the Platinum will take you “forever” since you’ll need to basically keep your PS4 running for months, but don’t let that get in your way since the overall experience is great. 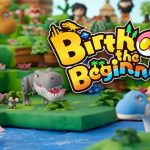 Disclaimer
This Birthdays the Beginning review is based on a PlayStation 4 copy provided by NIS America.