Tiny Metal from Area35 and UNTIES is a very fun and colorful strategy release now out on Nintendo Switch. Learn more about it in out Tiny Metal review!


Tiny Metal had a Kickstarter campaign that did not reach its funding goal, but that didn’t keep the project from moving forward. In an interesting twist, Sony decided to help the game to release, and it’s now available on Nintendo Switch. OK, so it wasn’t Sony proper who released the game but Sony Music Entertainment (UNTIES), which makes things even weirder. The good news is that this one is a very fun strategy game that pays homage to the Advance Wars series, which is great since we don’t have an Advance Wars game on Nintendo Switch… yet. 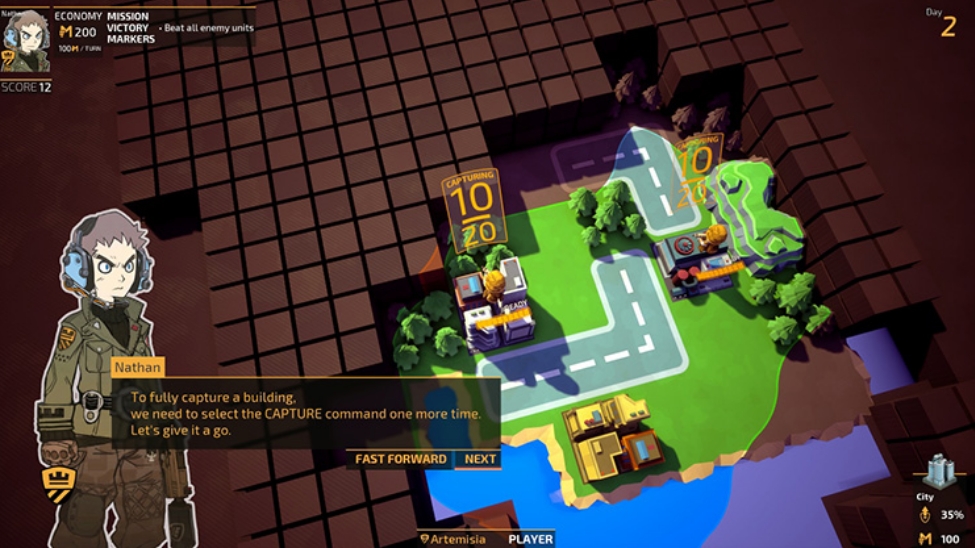 You take control of Nathan Gries, an Artemisian Lieutenant out on a very important mission: finding what happened to his King and Coronel, and their missing aircraft. The first handful of battles will act as the game’s tutorial, showing you how to move your units to attack enemies, how forests and hills provide extra cover to your units so that they can have the advantage, and how going on the offensive and attacking first is good since you can do good damage and lower the number of enemies in a unit so that when they counterattack, or attack in their next turn, they don’t deal as much damage to you. 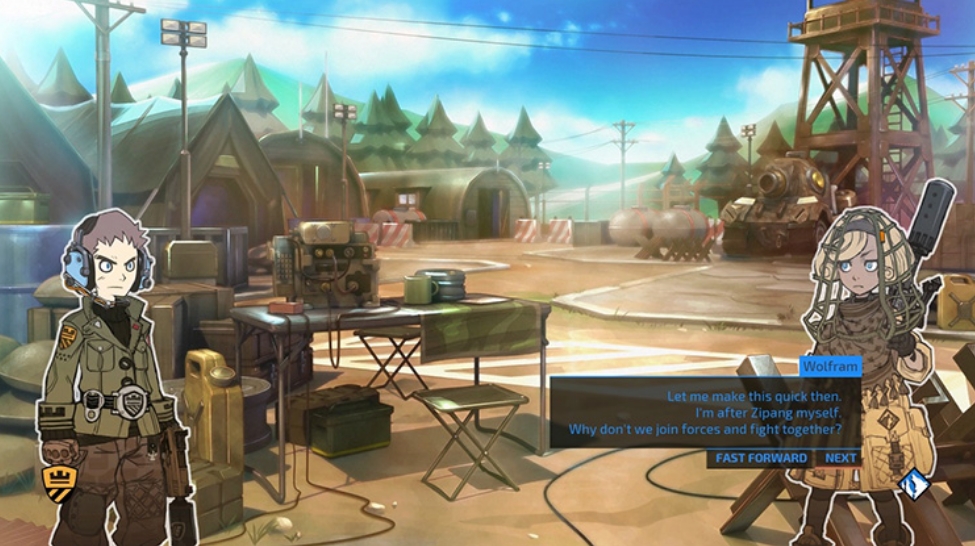 You’ll also learn about capturing cities and other buildings for your cause so that you can gain access to valuable resources that will aid you in your cause. And in battle you’ll also need to make good use of your assault skill to make an enemy unit move away from the slot it is currently occupying – this is great for moving one unit out of a building it is capturing or that you want to capture. But the most useful skill you have is being able to lock on to a target since this way you can focus your fire and attack with several units in one go, which makes even the regular infantry units a deadly opponent.


By attacking and capturing buildings, units can rank up, thus becoming more effective when attacking other units. A 20-30% increase to their attack might not seem like much, but it could be the difference between a unit living to see another day or being defeated in a counterattack by an enemy who could not be destroyed in one go. And when you realize that having more than one ranked up unit lock onto an enemy, with their 20-20% attack boost, before another unit attacks said, enemy… well, you get the picture. 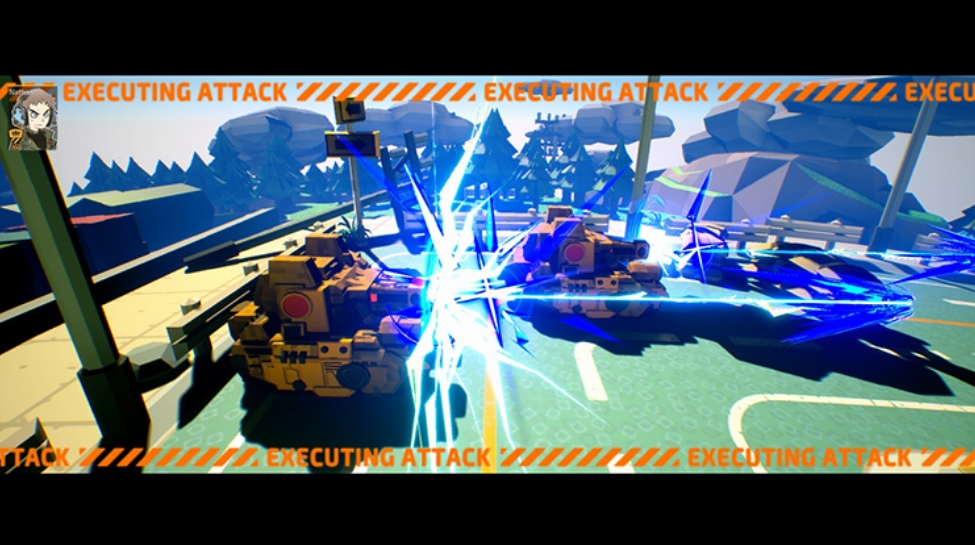 There are buildings in some of the levels you play which can’t be captured. Instead, for some, you’ll see a prompt to explore the building, and this will allow you to secure a soldier’s log which will be added to your Metalpedia under Records of War. The Metalpedia will also include valuable info on how you can repair units stationed at a city, factory or airport by selecting the Heal command, or how units that are damaged will have less infantry/vehicles in its group, thus also lowering their overall attack power. There are also other buildings that will allow you to call a special hero unit that is more powerful than regular units, a valuable asset that can boost your overall odds of survival. 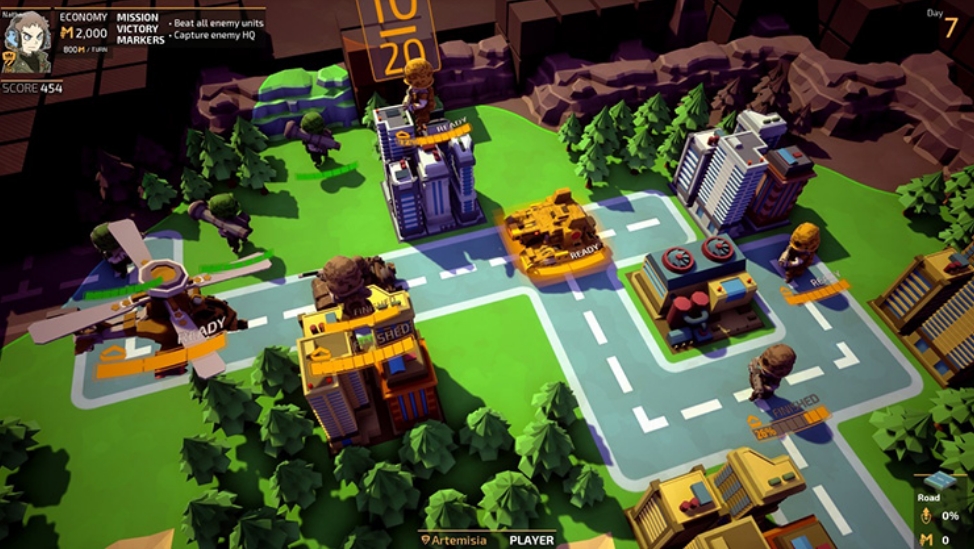 For each battle, you take on you can get a Gold, Silver or Bronze rating based on your performance and the overall score you achieve. If you can end battles quickly, capturing several buildings in the process while keeping your units alive and well, then you will have a good shot at getting a Gold rating for your efforts. And if you fail to get that Gold rating, don’t worry too much about it since you can replay missions to aim for that Gold rating after you learn what type of challenge you are dealing with.

The game looks great, with lots of colorfully animated units battling it out (and you can either speed things up or turn off battles, as is the case for the Advance Wars and the Fire Emblem series). The game’s story is fully voice acted and it even features a narrator that helps move the story along, but his voice and the voices of other characters are available only in Japanese with subtitles for other languages (although during battle units do have voices in English). 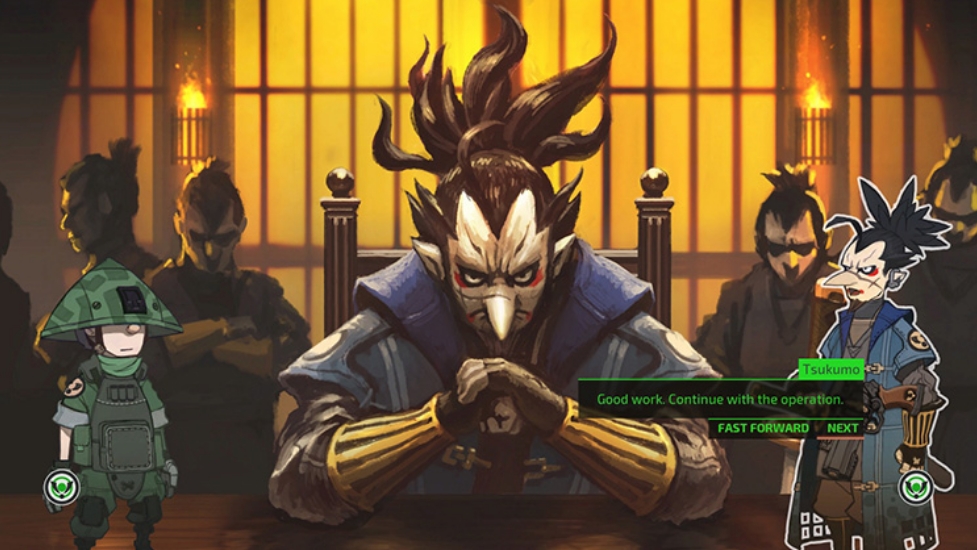 Tiny Metal is a great homage to the Advance Wars series that is going to seriously scratch that itch for fans of Nintendo’s strategy series. Its colorful look, fun gameplay mechanics, good unit variety and a solid amount of content to enjoy will keep you busy for several hours, making this a must-buy for fans of the strategy genre. Area35 did a great job with this game, and I’m very glad this one made it to the Nintendo Switch.

Disclaimer
This Tiny Metal review is based on a Nintendo Switch copy provided by Area35.

Dark Souls: Remastered Out This May On PS4!