Blossom Tales: The Sleeping King is an incredibly addictive 16-bit game that pays homage to The Legend Of Zelda series, in particular to The Legend Of Zelda: A Link to the Past. But the game goes beyond that, doing things differently here and there so that it can stand on its own with solid gameplay mechanics and fun and clever dungeons. If you’ve played A Link to the Past, then you know the basics, and will probably start to break jars left and right in a few minutes. 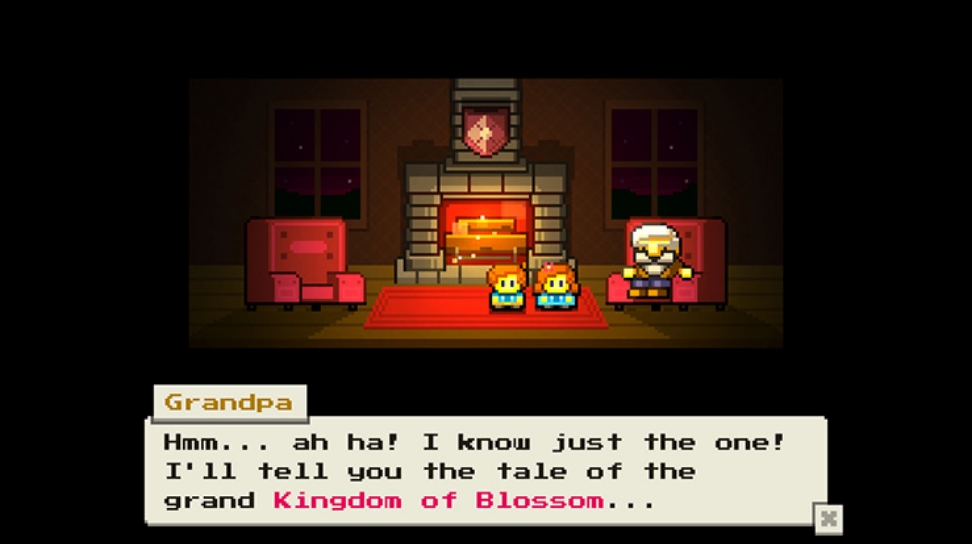 Blossom Tales: The Sleeping King is told as a bedtime story by a grandfather to his grandchildren Lilly and Chrys. He has told them the story of an elven boy from a faraway land in the kingdom of… well, the kids interrupt him before he can name the kingdom, but it starts with an H, so you can imagine what kingdom he is talking about. 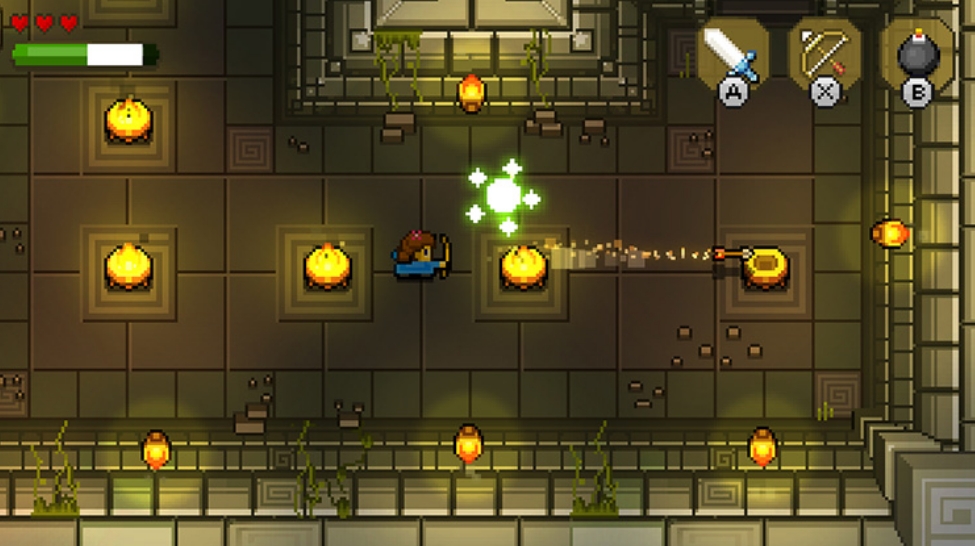 The game offers you up to three weapons/items slots for quick access to the right setup for every situation you will run into during your quest. Moving around with the left analog stick you’ll explore towns, forests, the castle and dungeons in the game as you use your shield to deflect arrows, your sword to attack enemies and a healing potion or two to keep you healthy and alive. If you need to change what is active slots you can press the + button to check the menu tabs for that and for your map – a very handy map that will tell you where you’ve been and where you need to go. 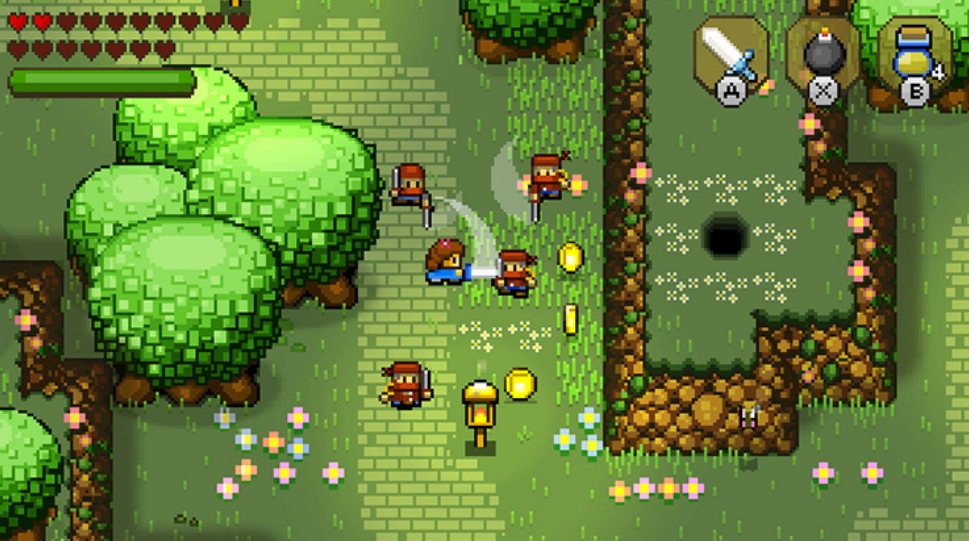 Side-quests play a big role in the game since there are several to complete during this quest. Enemies will drop items that will help you to please NPC for weapon upgrades, heart pieces, stamina pieces or money. These include things such as mushrooms you can get by defeating mushroom enemies and feathers from corrupt and evil druids, to name a few. 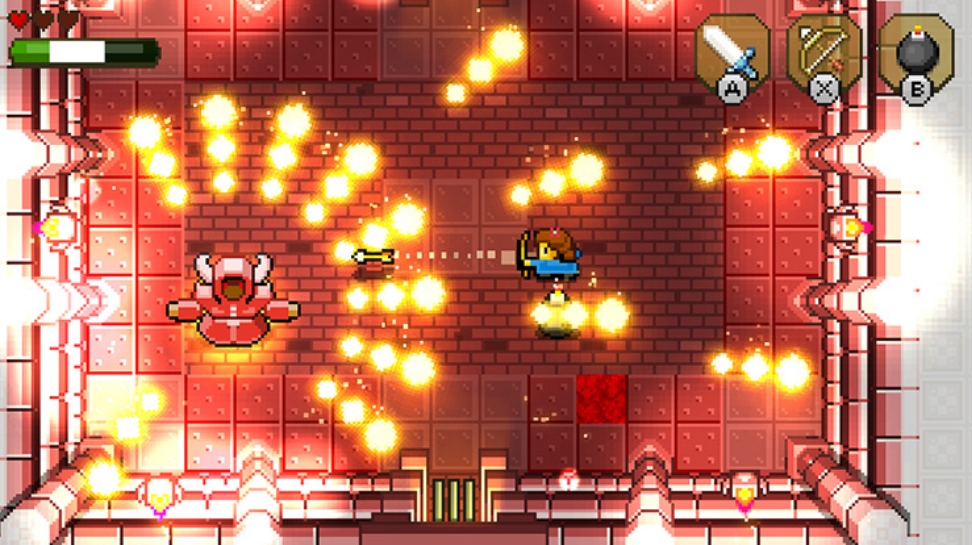 Aside from side-quests, there are lots of secrets to find, such as hidden areas with chests full of loot to collect. For instance, near the start of the game I found what looked like an empty shed and after getting closer to the upper right corner of the screen I found a hole, falling down into a room with several chests with plenty of money, which allowed me to purchase a heart piece at the town’s shop – there were other things on sale but who says no to a heart piece? 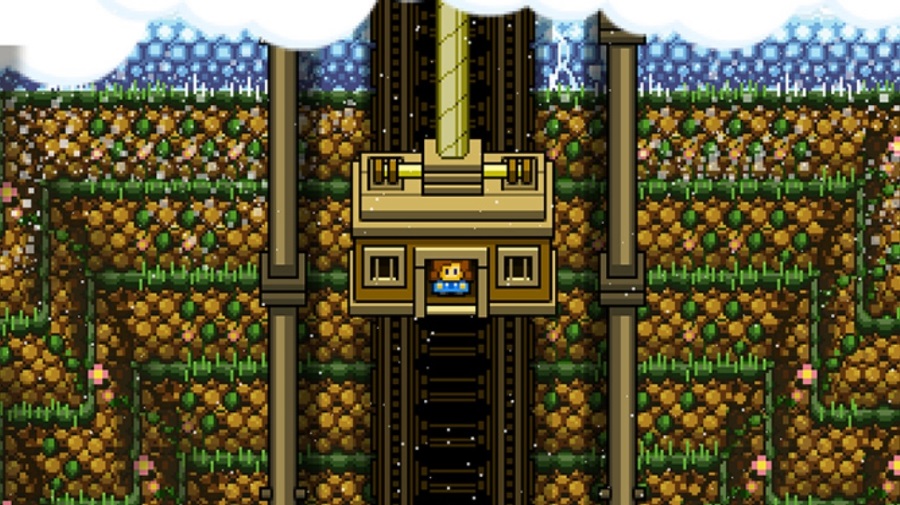 The dungeons for the game are a bit easier than those in The Legend of Zelda, but you’ll be hitting switches here and there, using bombs to blow cracked walls, defeating enemies who won’t stop until they’ve ended your existence. Bosses are also fun to deal with as you find their movement and attack patterns, testing the skills you have learned along the way. 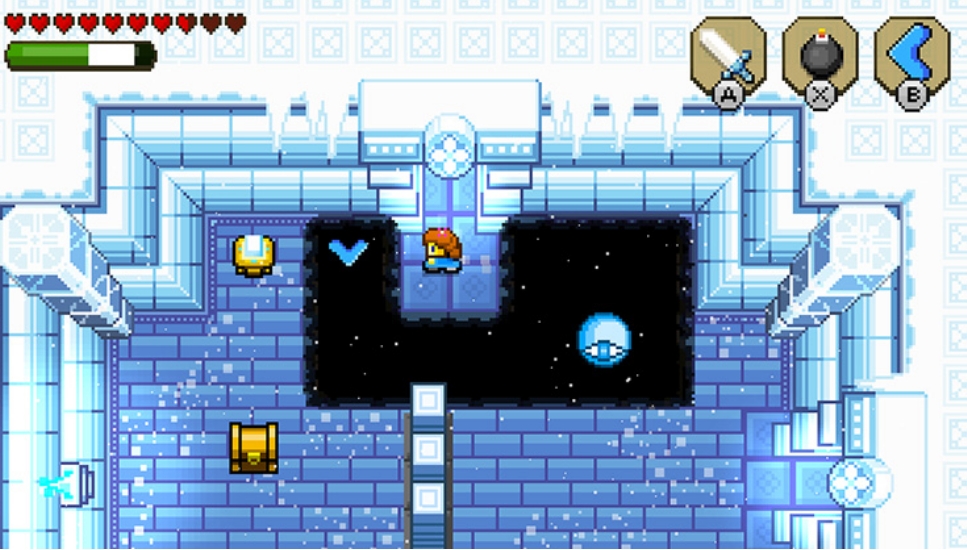 Blossom Tales: The Sleeping King is an excellent game that is console exclusive to the Nintendo Switch, and one that is a must-play on the hybrid console. Castle Pixel and FDG Entertainment have done a great job developing the game, giving us a very polished adventure with a ton of content to enjoy at home or on the go.

Disclaimer
This Blossom Tales: The Sleeping King review is based on a Nintendo Switch copy provided by FDG Entertainment.

PlayStation Plus For January- PS4 Edition