80’s Overdrive from Insane Code is a very fun homage to racing classics of ages past like beloved Outrun. Learn more about it in our 80’s Overdrive review!


This being an arcade style racing game by nature, controls are simple but offer something more engaging than “hold down this button to acelerate.” You can move left or right with the D-Pad or the analog stick, and accelerate with the A button. If you need to break, you can do so with the B button. When you need an extra kick you can use a nitro boost with the X button. And if you select the manual transition option for your car, you can shift gear down or up with the L or R button. 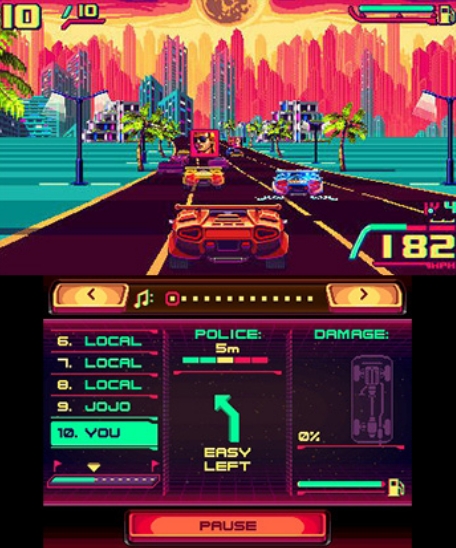 There are six cars for racing which you can purchase from what you win for each race. Each car has different stats and, as you can imagine, the more expensive cars will have better stats. As you race you will need to keep and eye on its damage – you know, from how good you are at driving safely during each race – as well as on the fuel gauge. The stats for cars can also be updated as long as you have enough money to pay for each bump. You can improve the engine (speed and acceleration), steering (turning radius and more control while skidding), or the chassis (improves the car’s grip and the recovery after skidding). 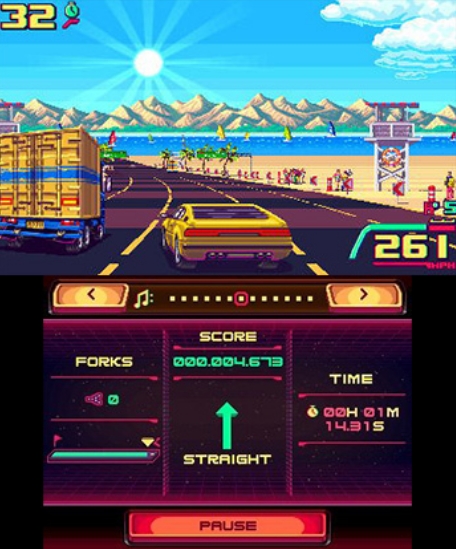 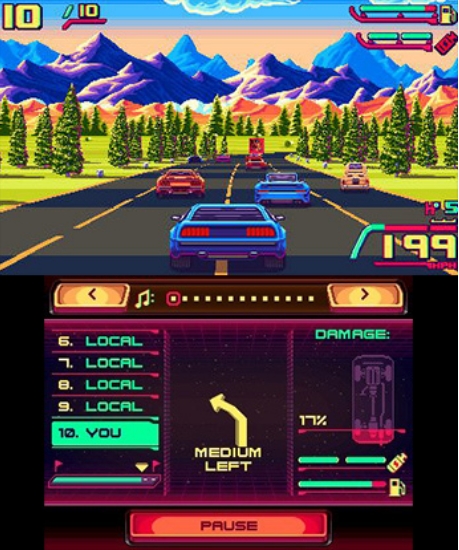 In order to take part of a race you need to pay the entry free. If you’re ever low on cash and can’t afford the fee, you can always go and wash some cars to earn some coins. You’ll need to clean the dirt on the cars, either by using the A button and the D-pad or the analog stick, or you can use the stylus over the touchscreen. 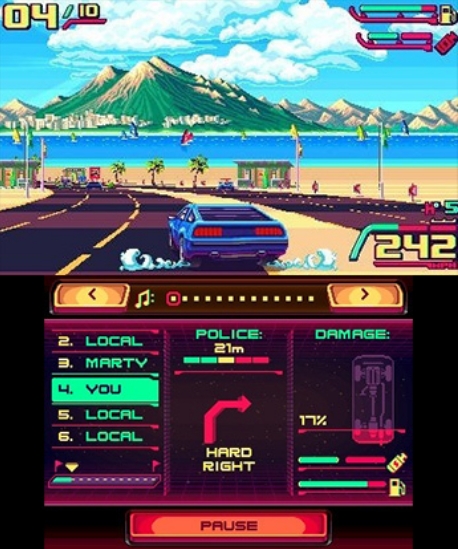 Another mode in the game is Time Attack in which you are tasked with driving your car as far as possible before the timer reaches zero. If you can manage to reach a checkpoint you will get more time to keep on racing. And if you live dangerously and drive very close to other cars you will get a small time boost. You won’t have access to the nitro boost, but at least there is no entry free for taking on each race. The car’s damage and fuel levels 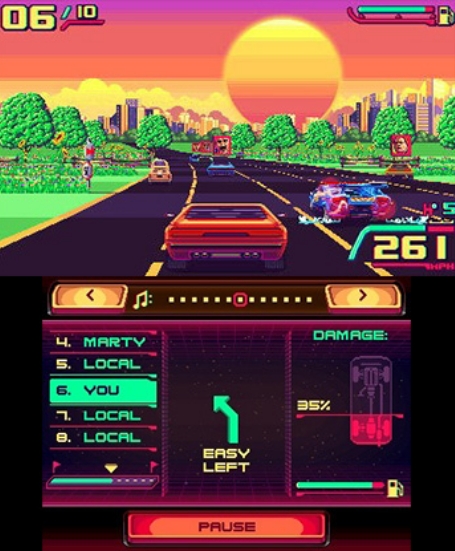 The final mode is the Level Editor in which you can create your own levels. You have the option of creating up to 20 custom levels and build them from a theme, set its length, set the number of straight sections and the curves for the level, hills, etc. Once you’re satisfied with your creation you can share it with other players by using the level’s code which is available at the top of the editor screen. 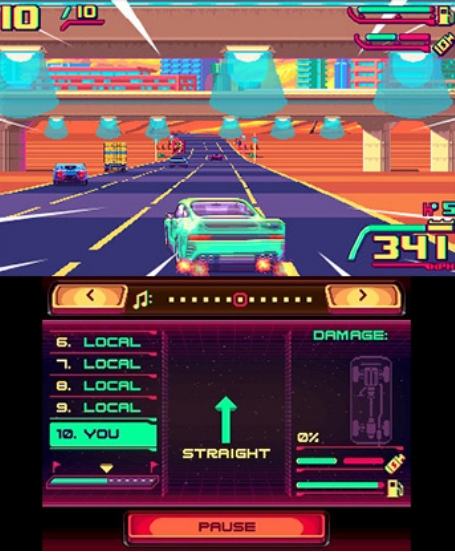 80’s Overdrive is a fun racer that pays homage to Outrun and does so in style. The tight gameplay mechanics, colorful graphics and solid soundtrack come together to give us a great portable arcade racer with plenty of levels to complete, a time attack and even a level editor so that you can customize your own levels to share with the world. If you’re in the mood for a new pixeltastic racer on the go, then give this one a go.

Disclaimer
This 80’s Overdrive review is based on a Nintendo 3DS copy provided by Insane Code.