After an accident at a school for witches and wizards, nine magical parchments have been scattered around the world. Learn more in our Nine Parchments review!

This is a double review for the PS4 version of Nine Parchments. The game was played by Tracey and Ceidz. This review presents what they both had to say.

Nine Parchments has been developed by the team behind the Trine games, a beloved series of puzzle/action games. This time around, their release has a big focus on multiplayer, even though it does allow players to take on the adventure on their own. Let’s dive in and learn more about the story of Nine Parchments.

I’ll be blunt: I feel that the solo portion of the game is a bit boring, but it does the job of training you for the main portion of the game which is the multiplayer. Frozenbyte definitely wants you to play as a group, as you all come together to shoot at hundreds of enemies of all shapes and sizes – a colorful onslaught of creatures out to get you. 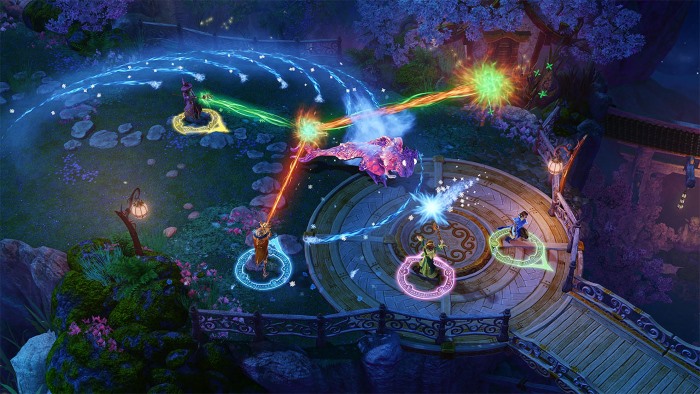 With a full party of spellcasters in a full-on multiplayer session, the game becomes fast-paced, chaotic and hectic since there is plenty of friendly fire to worry about! But if you want to tone things down a bit, then worry not since you can turn off friendly fire in the options to give everything a more arcade-style vibe. You can also work with your party by fusing attacks to create more powerful spellcasting which will light up your screen in a flurry of sparks, gaseous clouds, flames and so much more.


One thing that I totally disliked, however, was that after playing my solo campaign, I jumped into the multiplayer portion and realized my progress did not carry over. Why? Because the developer only put a single save slot in the game. There should always be the possibility to have more than one save slot, and the team has said it is working on a patch to change this. 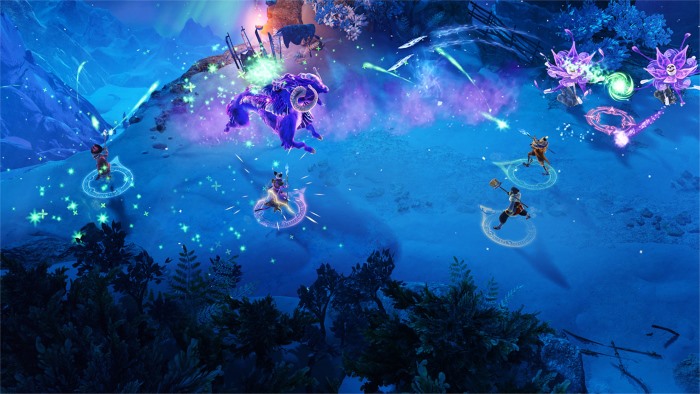 As I said before, I do recommend that you play the single player first as it serves as a tutorial, since you’ll learn the basics, unlock other characters and collect stuff for your characters, including staves and hats – who doesn’t like hats? Once you’ve done a full run, you’ll be ready to dive into the multiplayer, either in local co-op or by going online to find a game in progress or starting your own.

Like Tracey mentioned, this is primarily a multiplayer game, so after I tried the game on my own for a few hours, I decided to ask my daughter to join me on the adventure. It was a significantly more fun experience, even if she ended up being defeated by some of the enemies in our path. Even at the normal setting, we thought that the game was somewhat hard, but the difficulty can be turned lowered or increased depending on the skill level of your group. For example, the easiest setting has no elite monsters and a higher level cap, while the hardest setting has a lower level cap and a ton of enemies to defeat.

There are eight characters that can be found in the game, and you start with only two and the rest will need to be unlocked during your journey. A nice feature in the game is that each character has his/her/its own set of spells to being with, so playing with a different character will yield a different gameplay experience – electrical spells can paralyze enemies in place while fire spells deal constant damage to the enemies they burn. 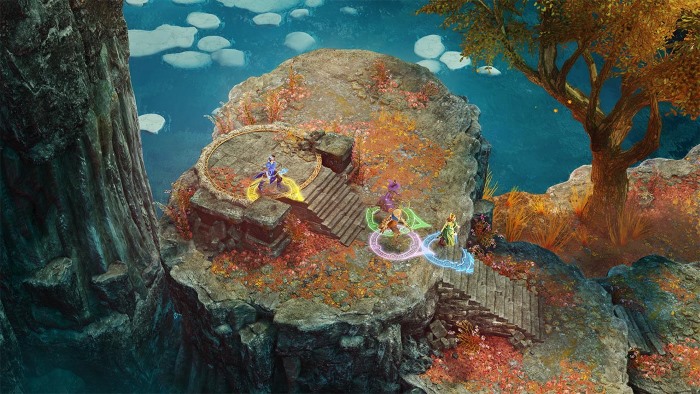 As for the controls, it plays mostly like a twin-stick shooter. Each spell can be selected by pressing L1/R1, and they have their own characteristics, range, and elemental strength. For example, the fire spell is effective against ice monsters. One thing I liked is that each spell has its own cooldown period, independent of the other spells, so you can completely deplete one spell type, and quickly switch to another one while the first one recovers. There will also be more spells available as you progress through the adventure, so you can change your strategy as you go.


Visually, I was impressed by the graphics of the game, as the colors are vivid and the environments all look great. If you’ve played one of the studios Trine release, then you have a pretty good idea of the visual quality and attention to detail you’ll find in Nine Parchments. While you’re at it, I also recommend you to play the Trine trilogy because they are certainly a lot of fun! 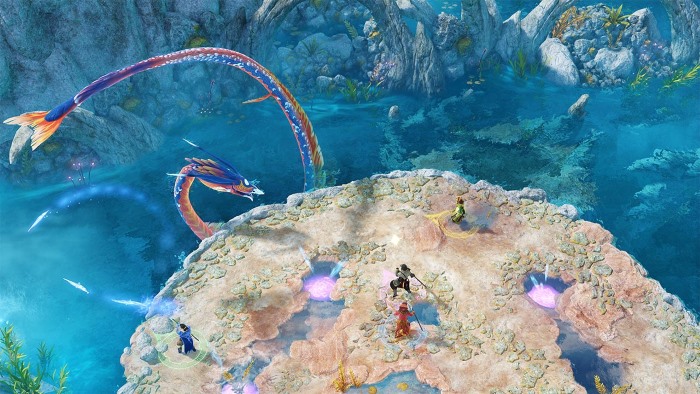 Final Thoughts
As you can see, we had mixed feelings about our experience playing Nine Parchments. The game is good in multiplayer, but the solo campaign didn’t impress us and felt more like training tutorial for the multiplayer sude of things. We think that this is a shame as there is still a good market for single-player games, and this game could have had both a great single and multiplayer experience. That being said, this is a release you should keep on your radar if you are a fan of the Trine series or a co-op type of gamer. Hopefully the incoming patch from Frozenbyte continues to improve this game.

Disclaimer
This Nine Parchments review is based on PlayStation 4 copies provided by Frozenbyte.