Danganronpa Another Episode: Ultra Despair Girls takes the series into a different genre, giving us a third person action shooter. Your task, as Komaru Naegi (sister of Makoto), is to defend Towa City from the onslaught of mechanical Momokuma. You’ll be helped by Toko Fukawa, who has a secret trick up her sleeve. You start with a cut-scene that shows Komaru has been imprisoned for a year and a half, with no contact with the outside world. She gets three meals a day, and must live inside of her room forever… or so it seems. She is “freed” by one of the mechanical Monokuma who is ready to slice her down to bits, so Komaru decides to run for it and try to find a way out before it is too late. 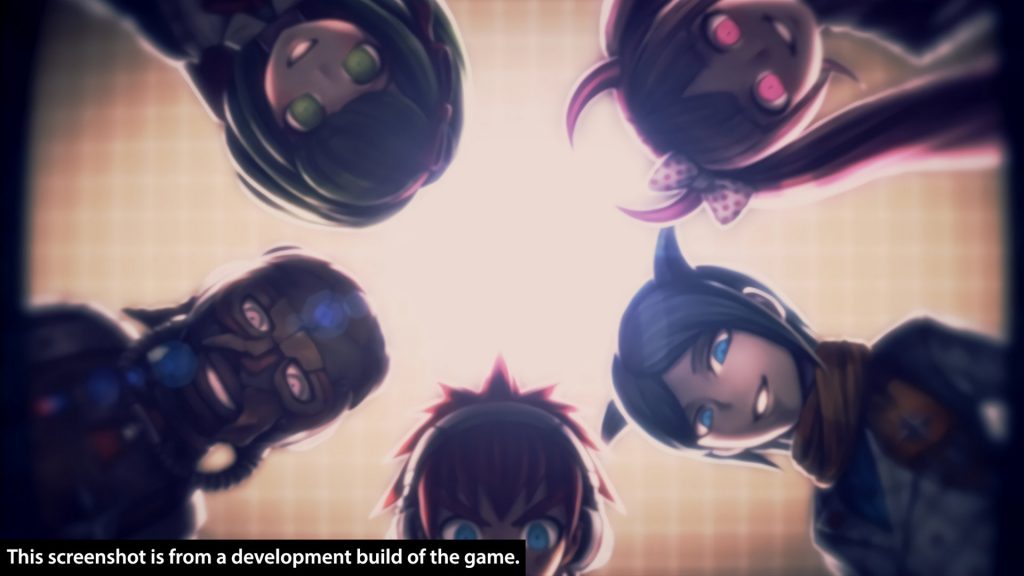 After being rescued by members of Future Foundation, and being given a hacking gun that shoots out an electric code pulse that can destroy the mechanical Monokuma, Komaru is given a gun of her own, told to read the instructions for operating it, and sent towards the restaurant in which another member of Future Foundation is waiting. When she arrives at the restaurant, everyone is unaware of what is going on outside, so the Monokuma have an easy time jumping in and slaughtering everyone. It is then she realizes that she must do whatever it takes to stop them from killing anyone else. 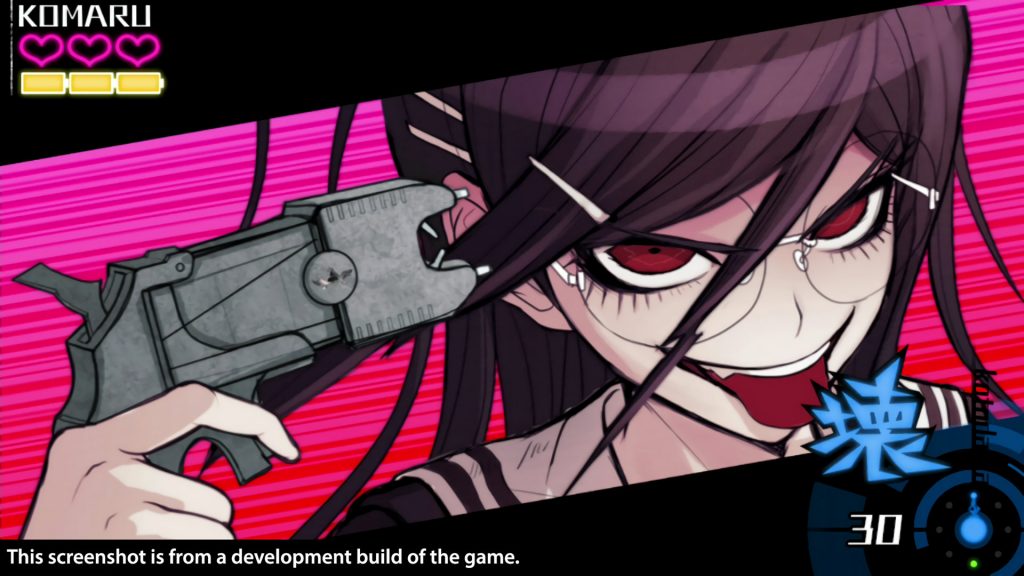 This will prompt the start of the game’s short tutorial in which you’ll get to learn the basics of the game. By pressing the L2 button, you’ll prepare the Hacking Gun for use. Once you’ve done this, you can move the aiming reticle around with the right analog stick and fire the gun with the R2 button to shoot a Truth Bullet. By pressing the Square button you’ll be able to select between the available Truth Bullets (Burn, Defect, Link, Break, Knockback, Dance, Paralyze and Move), selecting the one you need with the D-Pad. You won’t have all Truth Bullets at the start of your adventure since they will be taken away, for balancing purposes. 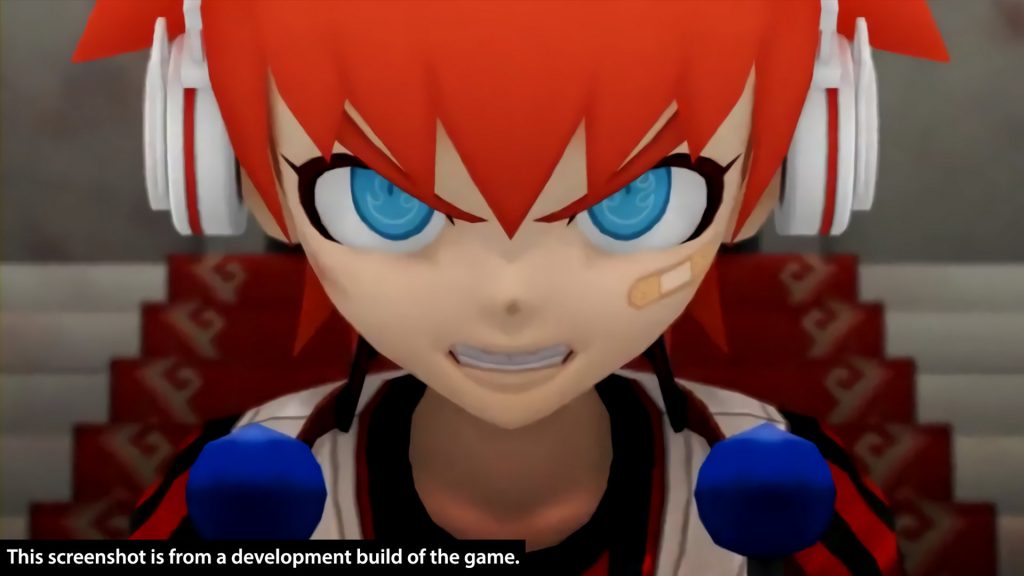 After this section, you’ll learn about how a group of crazy children has set out to purge the city of adults so that it can be a paradise made of children, by children, for children. Masaru, Kotoko, Jataro, Monaca, and Nagis are the members of the Warriors of Hope, and they will stop at nothing to make sure their plan is successful. This is why they have unleashed the Monokuma on the city, so that no adult is left standing.


As you defeat the Monokuma, you’ll earn coins for your trouble, and hitting them in their red eye will reward you with a better coin than vanquishing an enemy with a regular shot. Coins can then be used to upgrade your weapons, giving you a better chance of surviving each subsequent battle. Don’t forget to save at the designated save spots so that in case you are defeated you don’t lose much progress! Nothing stings more than doing a couple of solid battles with plenty of critical hits only to be overwhelmed and having to try and do it all over again. 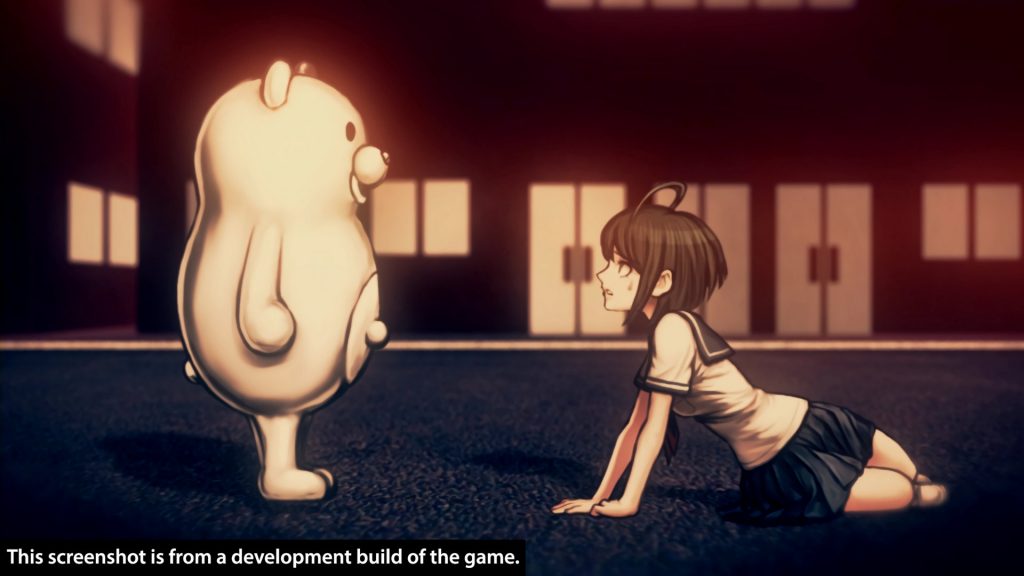 And as you defeat those nasty Monokuma in the game, Komaru will level up and earn skills points. Skill points can be used to equip skills in the Skills menu. Since each one you use will require a certain amount of skill points, you leveling up is a must so that you can activate more skills as you find them! The first skill you will already have in your arsenal is an auto-lock skill that will make it so that you can auto target the Monokuma, but I suggest you don’t use it since this will make it harder for you to be able to hit their red eye for a critical and a bigger coin payout. Other than that, check out all skills as you find them to see which ones work best with your gameplay style and strategy! 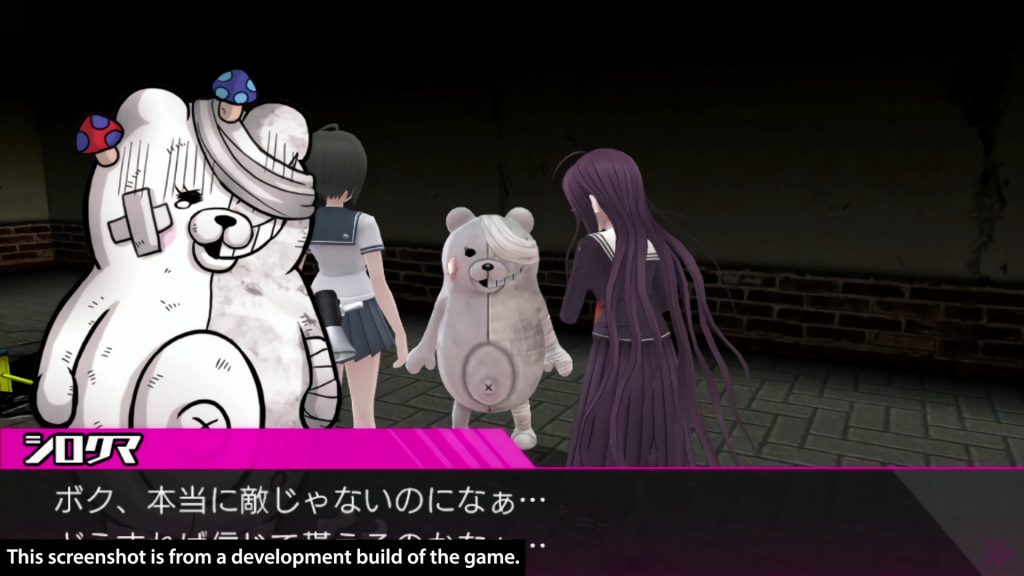 There are plenty of twists and turns in the story, but talking any more about it would spoil your experience with this spin-off. Rest assured that after the crazy setup and premise for the game, the story for Danganronpa Another Episode: Ultra Despair Girls certainly does not disappoint. Once you’re introduced in Chapter 1 to Toko Fukawa and her secret, the fun won’t stop until the story is over. 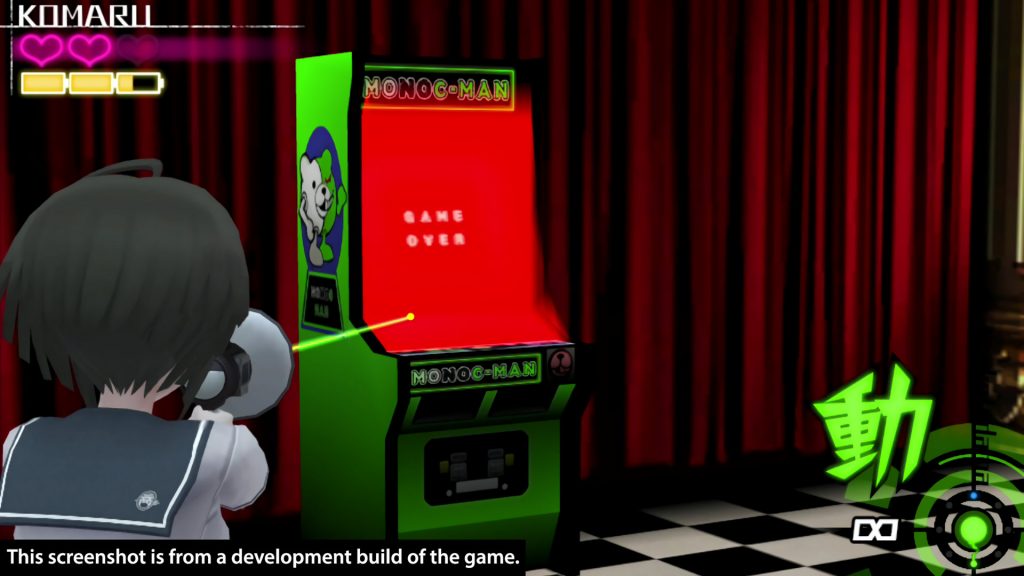 Danganronpa Another Episode: Ultra Despair Girls is an interesting spin-off from the main Danganronpa series. It gives us a new glimpse into the Dangaronpa universe from a different angle, remaining true to its visual novel roots with a ton of story to experience while also adding some light-hearted third-person shooting action on the side to tie it all together. If you’re a fan of the Danganronpa series you should definitely give this one a go, with its intriguingly crazy and weird story, and the psychopath group of kids who don’t mind killing every single adult in their way to get what they want, make this a great game on PlayStation 4. 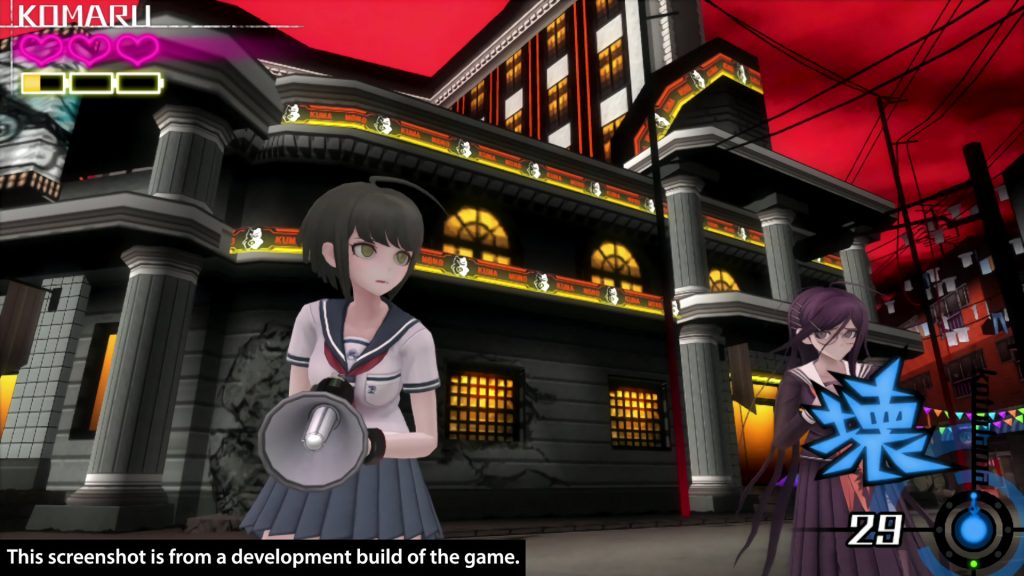 Disclaimer
This Danganronpa Another Episode: Ultra Despair Girls review is based on a PS4 copy provided by NIS America.

Minecraft: Story Mode – Season Two – Above and Beyond Out Today