In action RPG Tokyo Xanadu eX+ you explore a version of Tokyo that was rebuilt from the ashes after being devastated by a massive earthquake ten years prior. While things seem to be returning to normal, it turns out that a sinister world known as Eclipse, a shadow world that caused the earthquake, is slowly expanding as it aims to consume the whole world and alter reality. 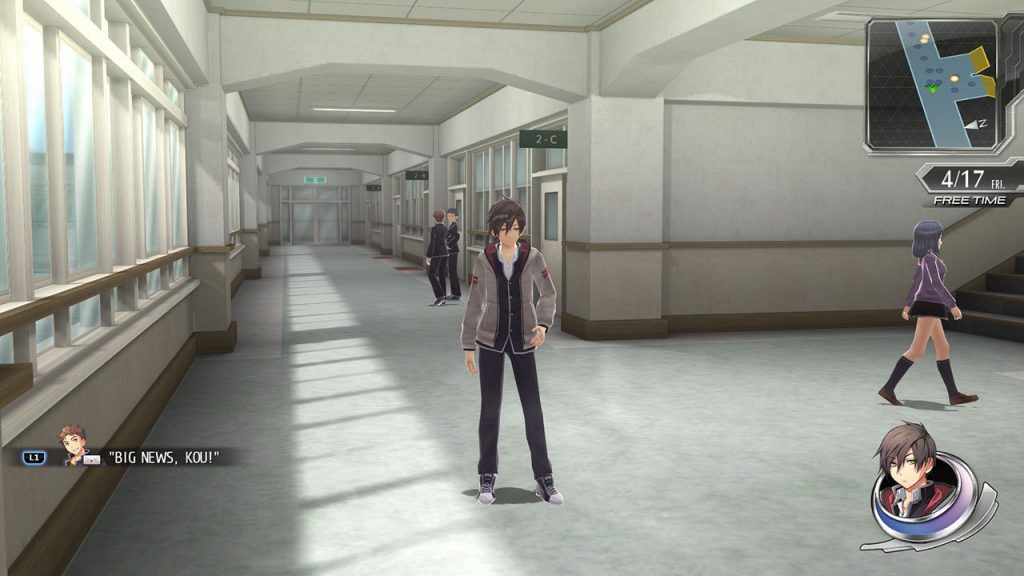 Before you dive into your adventure, you will get a chance to select between the five available difficulty settings. Beginner is for players who just want to enjoy the game’s story since they’ll be playing through easier labyrinths. Normal is the regular difficulty setting for players of most skill levels to take on. Advanced changes things a bit by limiting item usage, while Elite really limits item usage while increasing the overall battle difficulty. The final option is Calamity, and it’s there for players who are either as good as they think they are or who like to punish themselves. There might be another difficulty setting available during a second run, but you’ll need to find out on your own if this is true or not. 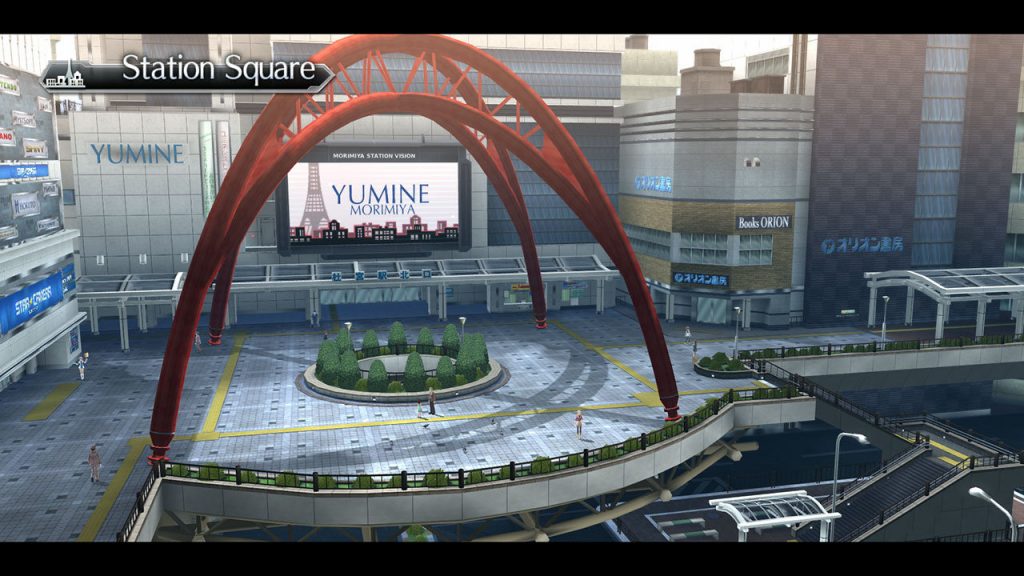 This being a more action-packed game, you will be moving around with the left analog stick and moving the camera around with the right analog stick as you attack with the X button and jump with the Circle button. You can change partner with the Triangle button as needed based on your current situation. There are also skills to unleash with the Square button and Ex Skills with the R2 button. If you want to stay alive, you’ll also need to make good use of your evade/roll, which can be triggered with the R1 button. 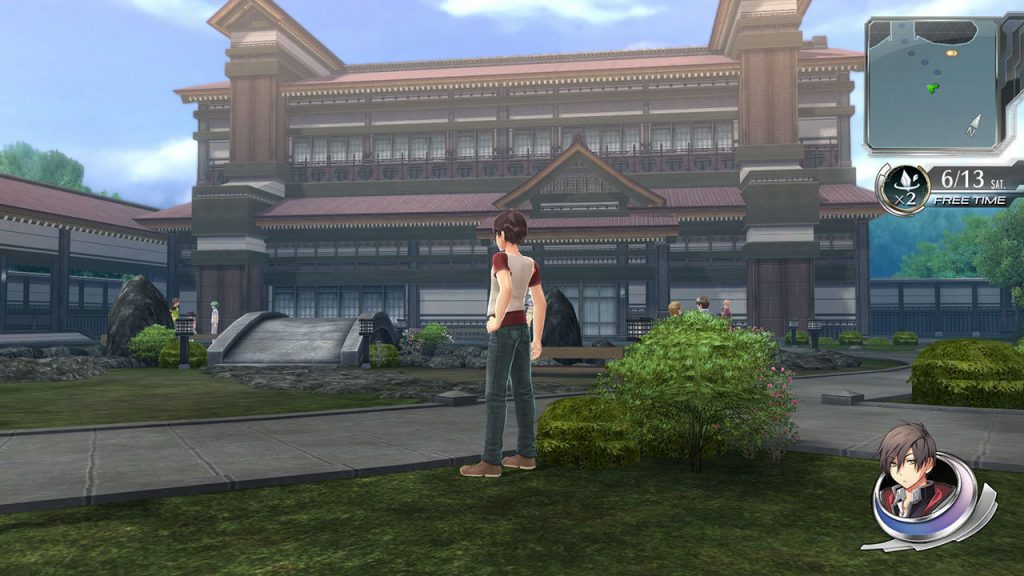 Early in the game you, as Kou, will run into Hiragi who enters a mysterious and creepy door that materializes out of a red crack in the area. After following her through the door, you’ll find yourself in a short dungeon that leads to a secluded area in which Hiragi makes a sword appear out of thin air to defeat the demons that surround her and a pair of bullies that had set out to attack Hiragi in the real world. After witnessing her power, she makes Kou basically fall asleep so that he forgets about what has happened. He wakes up back home, ready for another casual day at school, but it is while at school that he starts to have flashbacks to what happened during the previous night. 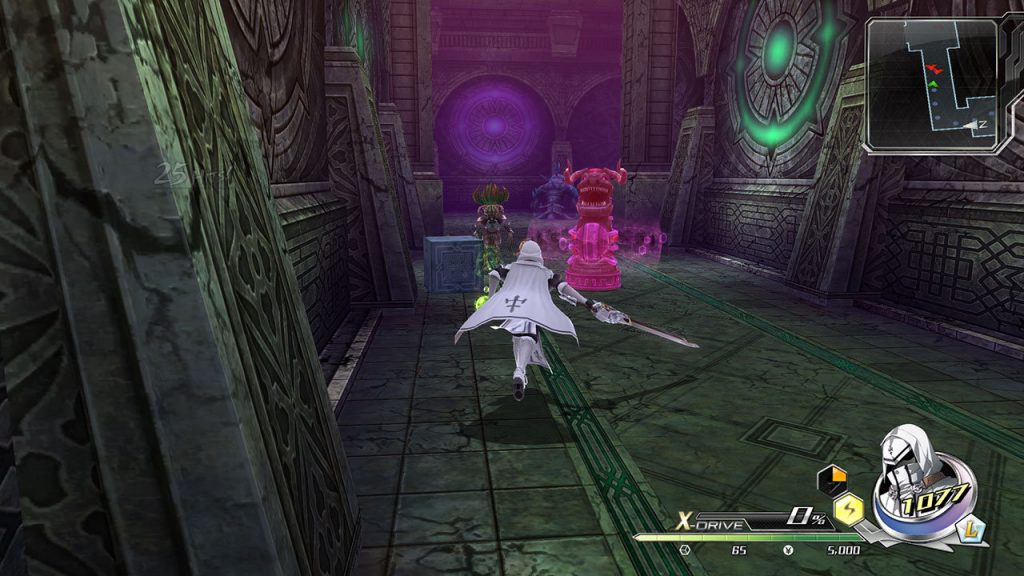 The game is heavy on the story, sometimes reaching almost into visual novel territory. Between all the chatting and once the school day is over you’ll get some Free Time to explore around. This Free Time will be great for you to talk to those at school or in town as well as to check out the available shops, as well a use the NiAR app in your Xiphone. NiAR is a social network service that allows you to communicate, take a look at past events, review tutorials, as well as check out info on characters and shops. The app will receive updates with new features as you progress in the game, so be sure to review those as you unlock them! You will also receive voicemail as you play, which you can reproduce with the L1 button – be sure to check messages since they will be overwritten by new ones or even deleted just from advancing the story.


There is also a heavy push for you to spend a considerable amount of your time on the not-combat part of the game, exploring the school and interacting with characters, or visiting the library in which, as you can imagine, you can read books. New books will arrive every now and then, and reading books will increase some of Kou’s stats, which definitely make it worth your time to visit the library every chance you get. You can also change between available locations in the city by pressing the Square button to open your map. You’ll then be able to travel to certain areas where you might find other characters or activate a key event. 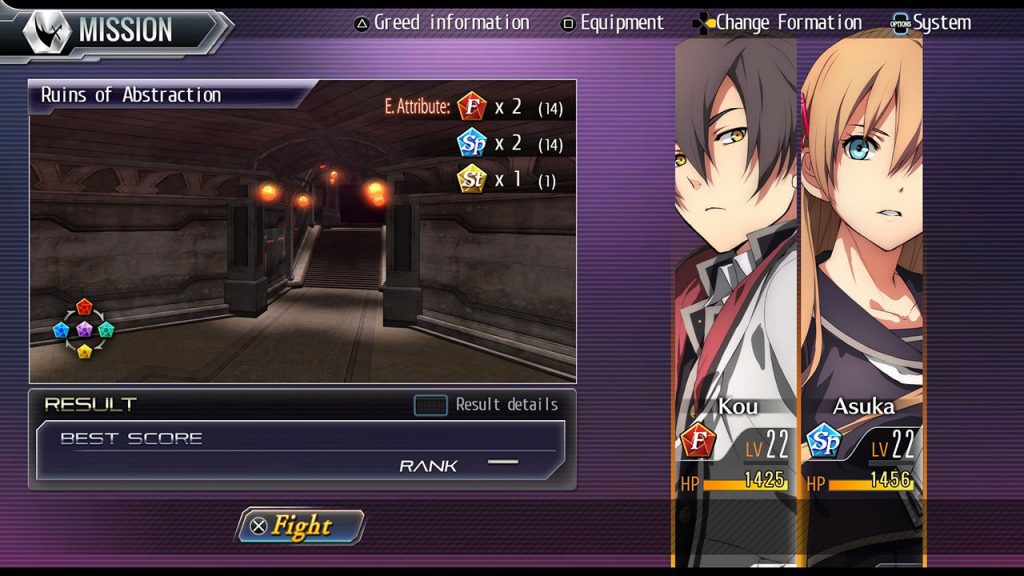 But you should first visit every area in the school, especially its shops! There’s a student cafeteria where you can get food to heal any wounds, as well as a store that sells you items for you to equip for a stat boost. There are also vending machines with foods and drinks, offering, for example, green tea to heal your hit points and recover from poison, hot coffee to recover some health and heal from freeze, or a meaty udon that will heal your wounds while nullifying ailments and trap damage. And then there are the shops at other locations around the city where you can get an energy drink or two, a cleaner for your phone, a plug-in to change the NiAR wallpaper, lottery tickets and more! You start the game with some money, so be sure you put it to good use! 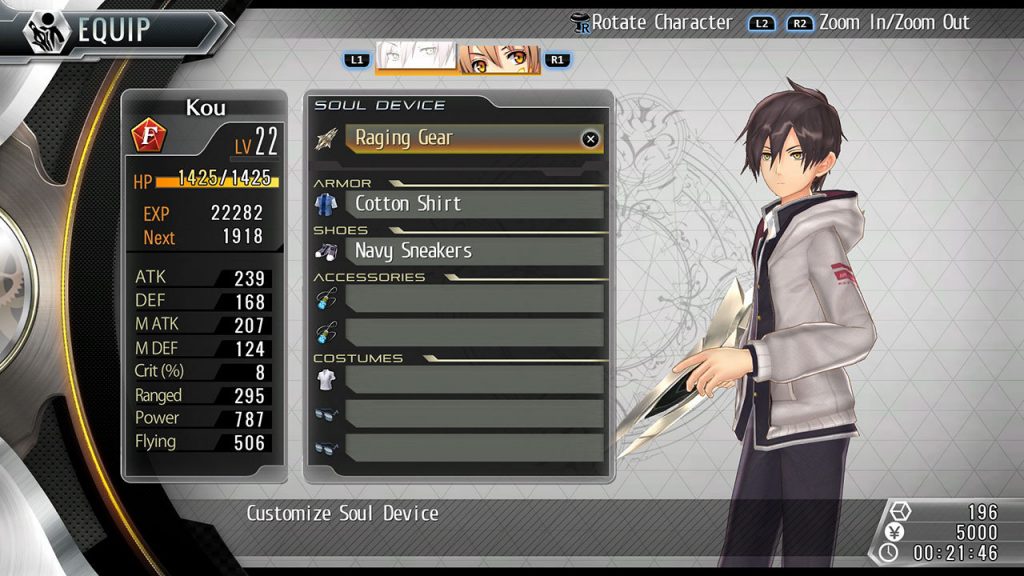 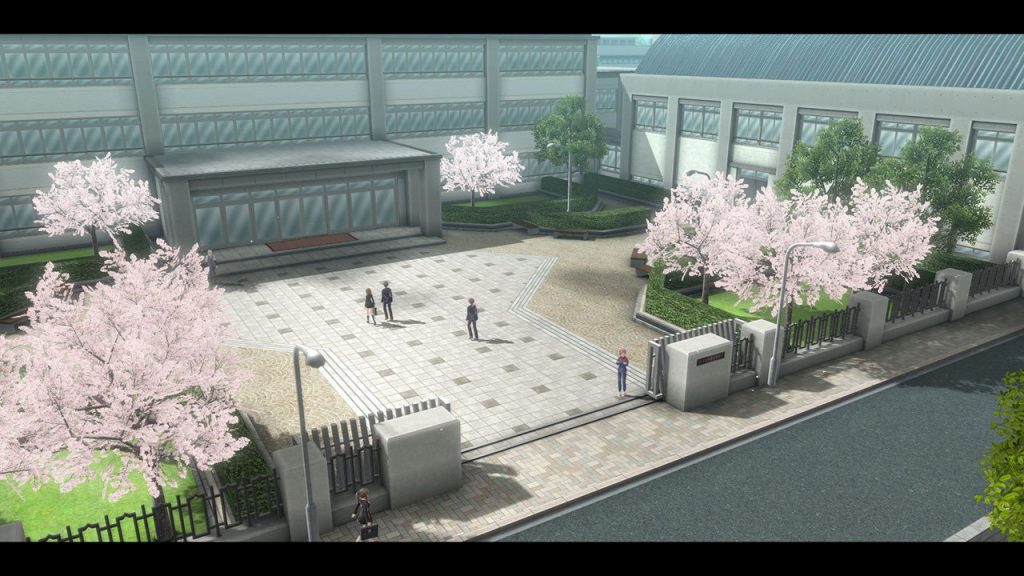 Exploiting an enemy’s elemental weakness will reward you with a kill bonus, which will affect your stage clear rank. You can also trigger a fatal kill if you deal damage to an enemy that is equal to more than half its HP, do a chain kill when you kill 2 or more enemies simultaneously, an aerial kill by defeating an enemy with an aerial attack, an aerial power attack or a flying skill, or an EX kill by defeating an enemy with an EX skill. Doing each of these will increase overall gem drop by 10% as well as increase the rare item drop rate by 10% 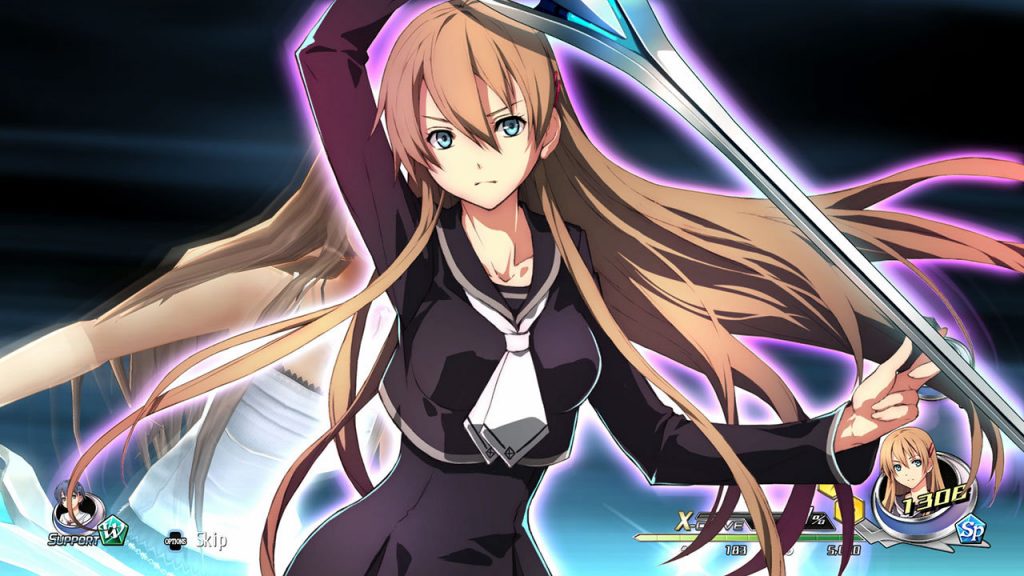 If you’ve played Tokyo Xanadu on PlayStation Vita you’re probably about to ask, “but what is new about this PS4 version?” Well, since this one is called Tokyo Xanadu eX+ you’d imagine it would include additional content not found on Vita, and you’d be correct! The PlayStation 4 version feels like a remaster, with sharper graphics and an overall more polished look, which is definitely a plus over the PS Vita regular version. On top of this, you’ll have access to new scenarios that increase the scope of the game, with new quests to complete, as well as new dungeons to explore, new monsters to destroy and new bosses to defeat. You also get to play as a new character and take on new Time Attack and Boss Rush modes. 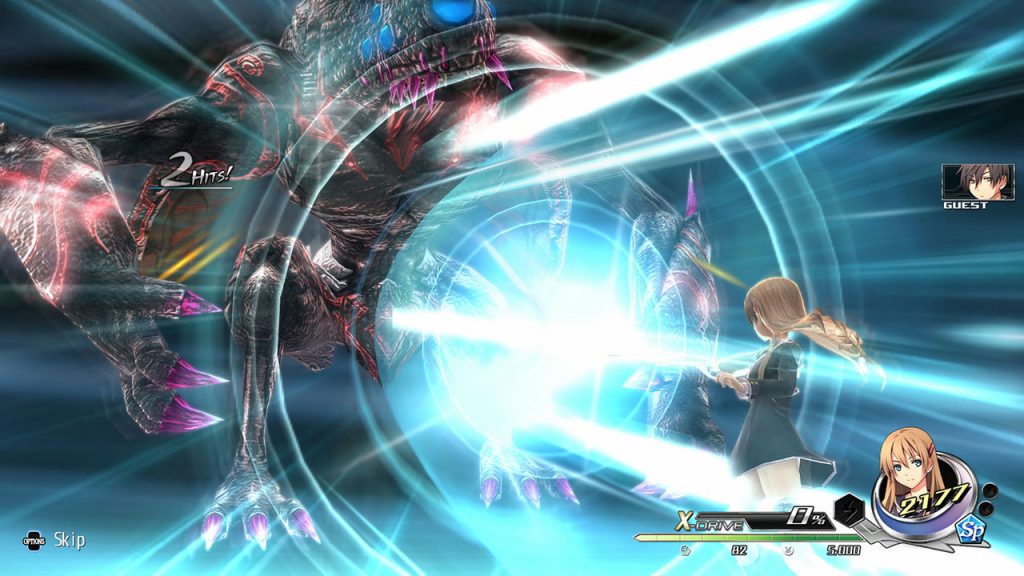 Trophy-wise, the game’s trophy list shares some trophies with the original PS Vita version, but it changes things up a bit here and there while also offering more trophies overall on your path towards the Platinum trophy. The list has a ton of objectives for you to complete, from completing each of the game’s chapters or completing the game at the highest difficulty settings to opening all treasure chests in the game, completing all side-quests or amassing a wealth of 500,000 yen, to name a few examples.

Tokyo Xanadu eX+ is a solid action RPG on PlayStation 4 with good gameplay mechanics and a heavy emphasis on its story and setting. It’s a meaty adventure with 50+ hours ahead of you, and even longer if you want to aim at getting a new Platinum for your collection. The improvements made over Tokyo Xanadu on PS Vita for this PS4 port make this a better overall game and one that is easy to recommend. 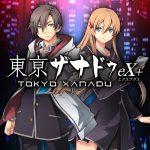 Solid action RPG with a focus on story

Disclaimer
This Tokyo Xanadu eX+ review is based on a PlayStation 4 copy provided by Aksys Games.