Hob from Runic Games is an action adventure on PS4, and the last release from the studio that gave us Torchlight and its sequel. Learn more about this fun release in our Hob review!


The world of Hob is presented to you without any text or dialogue, told visually as you interact with the world’s inhabitants and the world itself. Your task is to repair a world in despair, changing the landscape around you as you work towards restoring it to its former glorious self. Can you do this before it is too late to repair it? 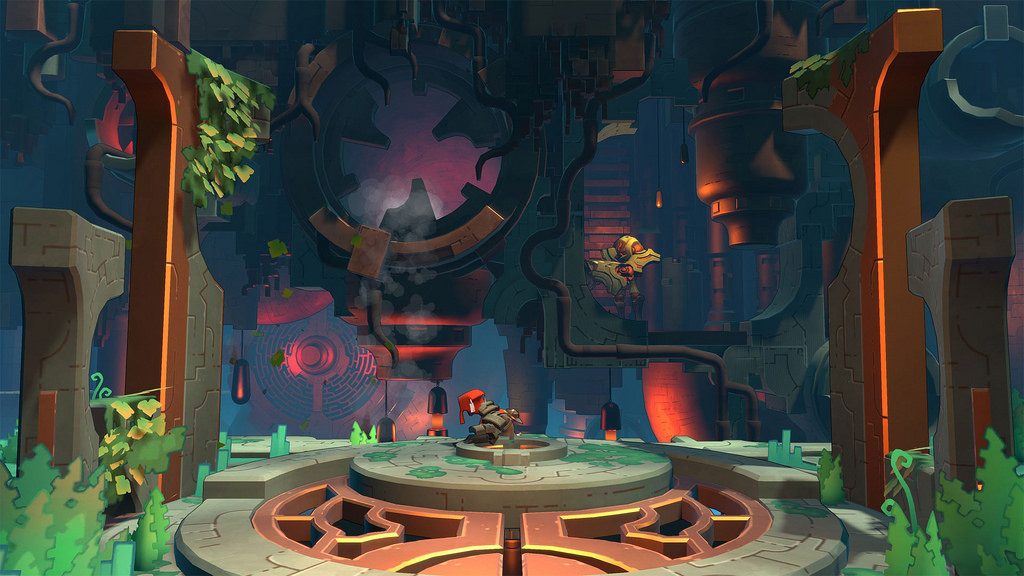 The game’s controls might seem a bit overwhelming at first, but they are easy to understand since you can move around with the left analog stick, run or climb faster by pressing the R2 button, and you can interact/attack with the Square button. Along with this you can jump/climb with the X button, roll/dodge with Circle button, or use your punch globe with the Triangle button. There’s also a Grapple Glove mapped to the L1 button and a Warp Glove mapped to the R1 button, and you can also shield with the L2 button. You’ll get the hang of things as you play the game, so don’t worry too much about it – you won’t have everything available right from the start. 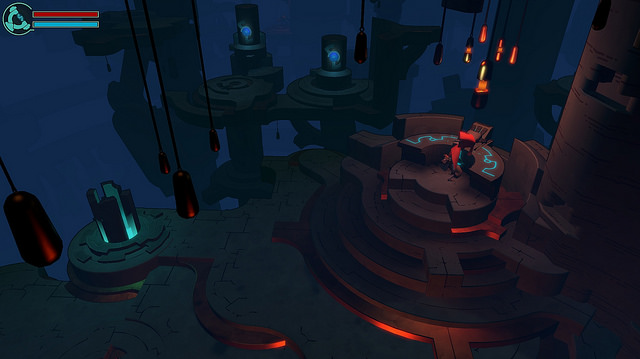 After you awaken from your slumber by a big robot, you will yourself in a colorful world in ruins, with many interesting creatures running around in this openworld release. Following the robot at the start of your journey will allow you to progress in the game since a large part of each area is covered in this weird mix of pink and purple dangerous-looking entities, with large and creepy claws that can deal considerable damage to you. After exploring for a bit, you’ll get stung by one of the pink and purple things, which will poison your arm and start to make it look like the weird pustules that are all over the place. Luckily the robot will come to your rescue, but unfortunately the only way he can save you is by chopping off your infected arm, thus saving your life. Since you’re now one arm down, the robot gives you one of his arms so that you can carry on with your quest. 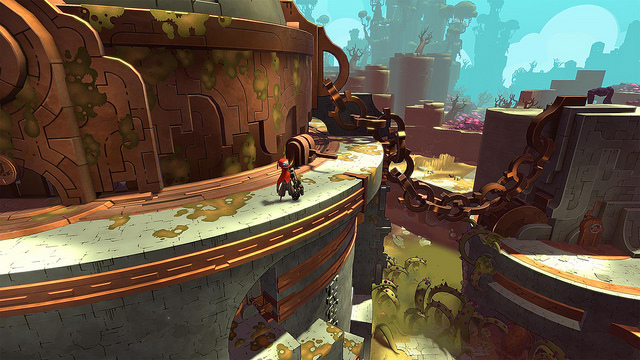 Your first task will be to use the pieces of a sword to restore it to its former self so that you can use it on your adventure. While doing this you will run into a glowing semi-circle structure in which you can place your glove to purchase upgrades for your skills with the in-game currency you will secure during your quest. These upgrades include adding a third hit to your sword combo, being able to do a powerful sprinting attack with your sword, improving your roll dodge, unlocking a mechanical shield for your arm, and more. Near this structure is the magical forge that can restore the sword, so from this point forward you will now have a way to defend yourself in this broken world – not to mention it will allow you to cut down bushes and other leafy things that are in your way. 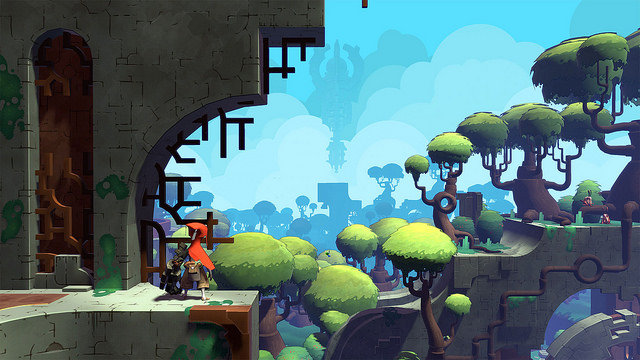 You will soon run into your first dungeon, and within its walls you will get your first arm upgrade, allowing you to punch with all of your might. This will allow you to punch buttons as well as break weak walls so that you can circle around this first dungeon and exit back to the over world. You’ll also be able to jump with the X button and then press the Triangle button to dive down into the grown with a powerful punch to activate ground triggers. This is only one of the skills you will obtain in your adventure, and a very handy one! 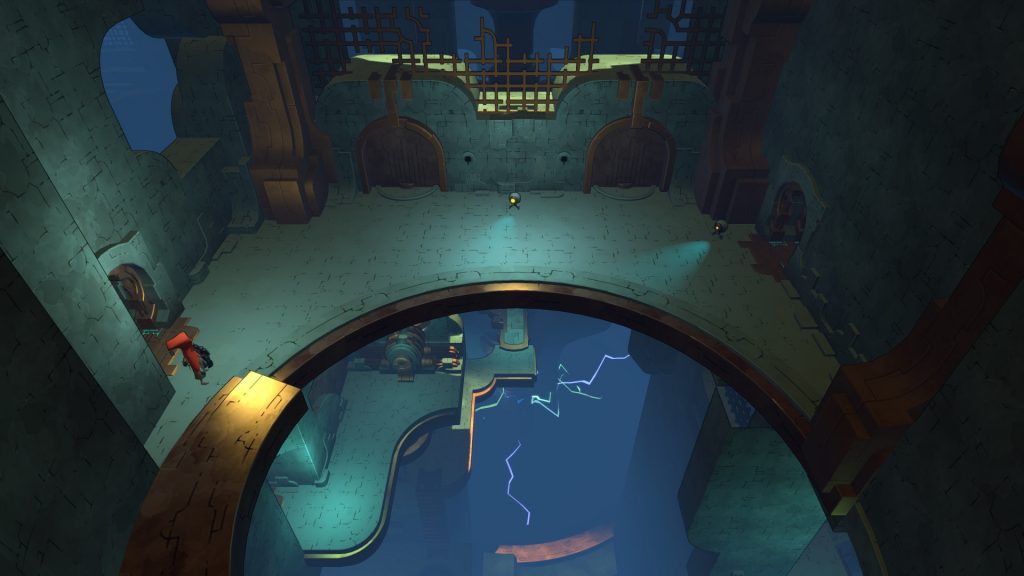 During your quest you will run into several collectibles up for grabs which mechanical butterflies, hearts to increase your total health, energy cores, sword pieces, in-game currency, abilities, cloaks and breathtaking vistas. Once you unlock your map it will be easier to keep count of which one’s you’ve found, but you should know there are 24 butterflies, 18 heart pieces, 20 vistas, 12 word pieces and several abilities and cloaks, so if you want to 100% the game you’ll spend some extra time exploring each area. 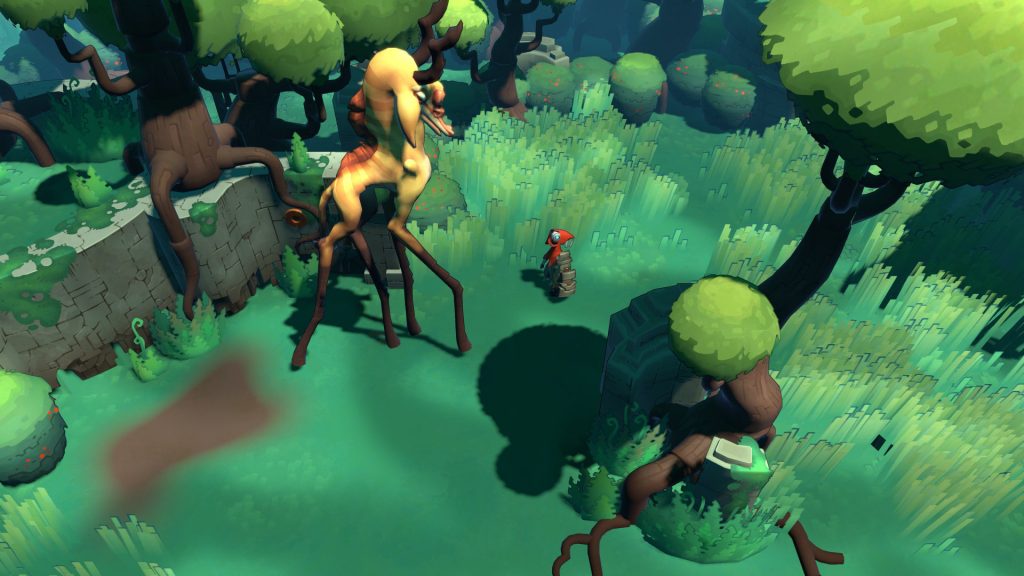 If you’re a fan of the old-school The Legend of Zelda releases, or the newer The Legend of Zelda: A Link Between Worlds on the Nintendo 3DS, then you’re going to love Hob on PlayStation 4. It’s charming art style, fun gameplay mechanics and clever puzzle dungeons will keep you entertained until the end. Other than some mild framerate dips here and there during areas with more flora and fauna, or during areas like the desert in which lightning bolts come crashing down onto the ground, but this never got in the way of the adventure.

Disclaimer
This Hob review is based on a PS4 copy provided by Runic Games.