[PlayStation 4] A Hat In Time Review

A Hat in Time from Gears for Breakfast and Humble Bundle is now out PlayStation 4. Learn more about this colorful collect-a-thon in our A Hat in Time review!


Gear for Breakfast took A Hat in time to Kickstarter way back in 2013, smashing its modest goal while also reaching a ton of stretch goals after reaching over $290,000 in funding on the platform. These goals did not include porting the game to consoles, but here we are in 2017 with the game on PlayStation 4 thanks to publisher Humble Bundle. 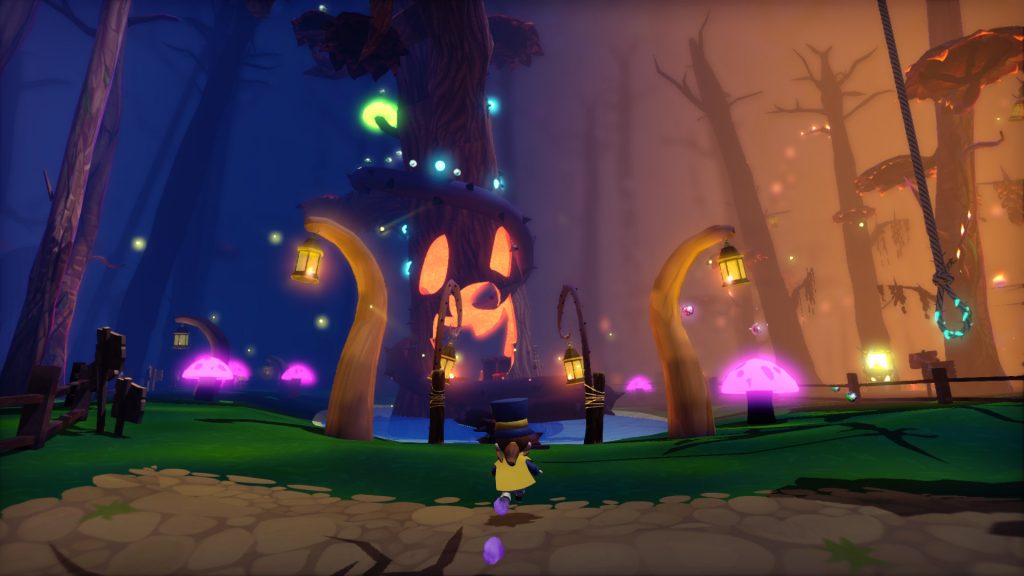 You start your adventure in your room inside of a peculiar and colorful spaceship, and after reaching the main area of the spaceship, you will be stopped by someone who says you need to pay the toll for passing through Mafia Town. This individual will cut a whole on the wall of your spaceship, which will end up sucking you out into space along with all the time pieces your ship was using as fuel for you to make it back home. You will then be dumped into Mafia Town where you’ll get started with your new quest: recovering the lost time pieces. While doing this, you will also get to collect a ton of gems to purchase items as well as do some platforming here and there and a bit of fighting. 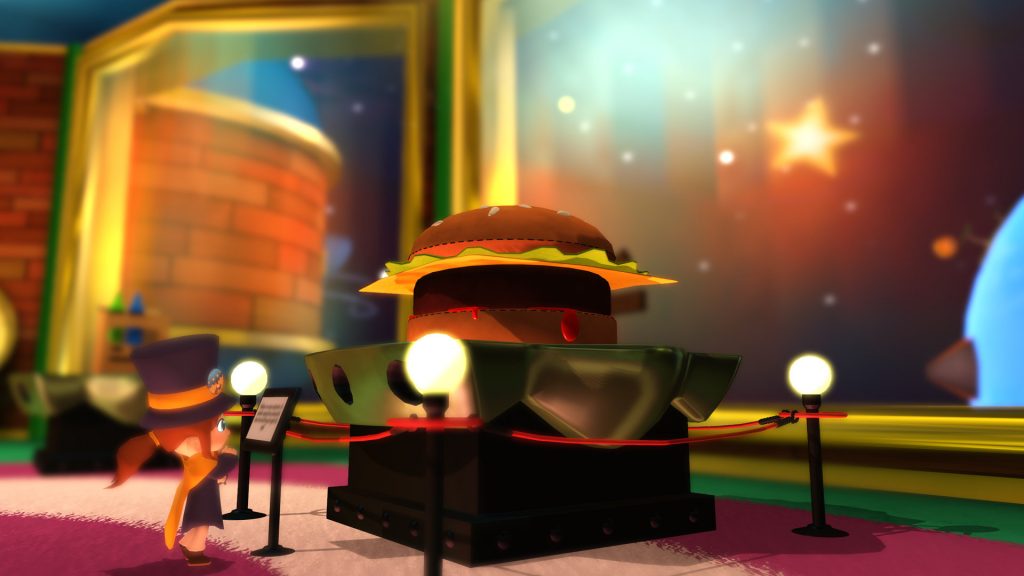 The game is split into Chapters, and each chapter is split into Acts, similar in a way to how Super Mario 64 handled its stars. As you explore each act, you’ll be collecting more gems, finding pieces of yarn to stitch up a new hat (for example, I managed to get a Sprint Hat which allowed me to sprint very fast by holding down the L2 button), and several relics that will serve a purpose at some point. Once you have more than one hat, you can hold down the L1 button to open up a radial menu from which you can select the hat you want to equip. Perhaps you’ll be able to stitch up a hat that allows you to throw bombs? Who knows! 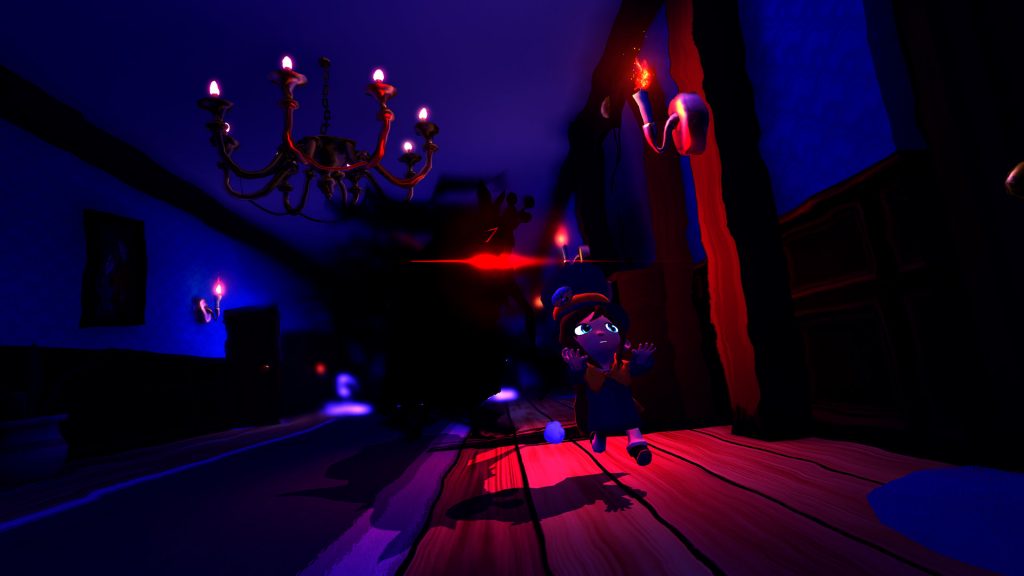 As you collect time pieces, you will eventually unlock new chapters and content, as you would on Super Mario 64 with its doors with star requirements. You’ll also be able to gain access to combining the relics you find around each stage to create displays for your spaceship. For example, if you combine a small train with something on which the train can travel… 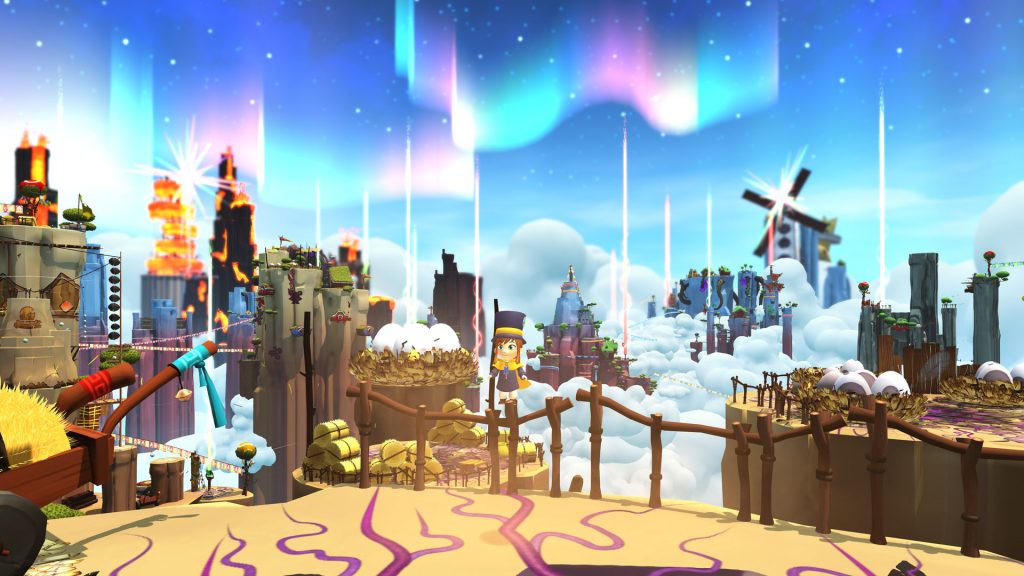 Since the game is a collect-a-thon of a good length, it includes a full trophy list with a Platinum. The objectives for the trophies include collecting all time pieces in each of the game’s areas, completing a particular stage without touching the lava, finding a secret hideout, equipping badges, and doing things like sitting in three chairs or hooking onto a ceiling fan with the hookshot. It’s a good list that will keep you busy for a while, and one with no missable trophies since you can replay the acts in each chapter at any time. 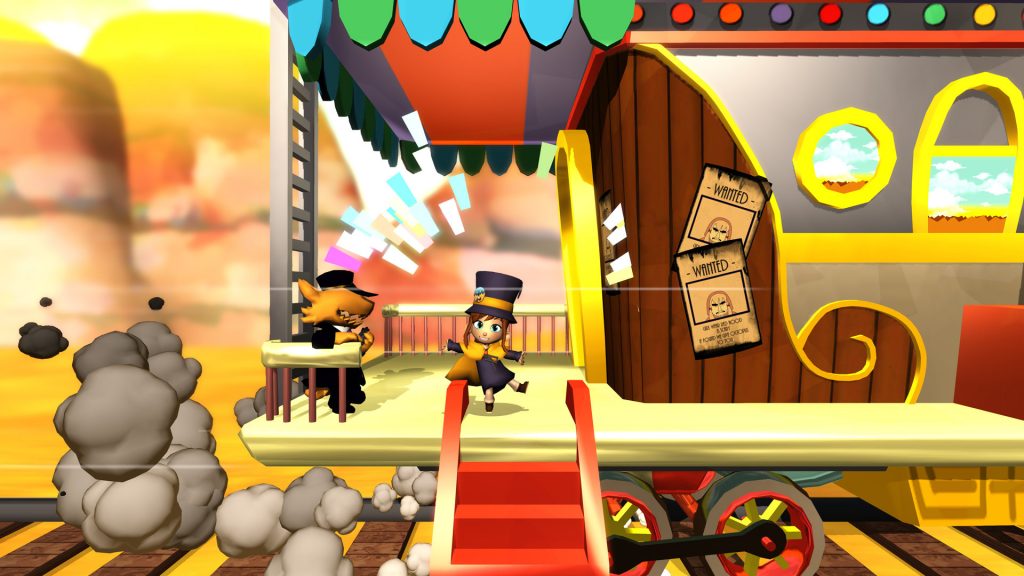 A Hat in Time is a fun an colorful platformer with plenty of things to do. You’re looking at around 7 to 9 hours to complete the game based on skill, and some extra hours on top of that for trophy hunters who want to add a new Platinum to their collection. The fun gameplay mechanics, charming voice acting, and solid music, come together to give us a solid platformer collect-a-ton on PlayStation 4 you should definitely check out. 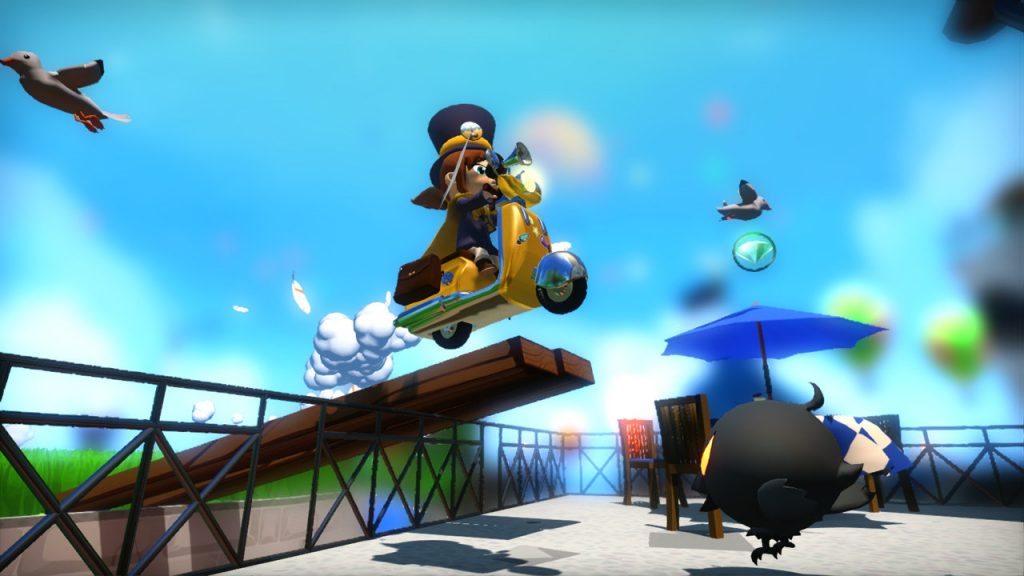 Disclaimer
This A Hat in Time review is based on a PlayStation 4 copy provided by Humble Bundle.