Since my childhood happened during the Atari and NES eras, you can imagine why the Super Mario franchise is one of my favorites series of all time. After the very fun and clever Super Mario 3D World, I was definitely up for a new Super Mario adventure on the Nintendo Switch. Nintendo puts a lot of care into their Super Mario releases, and in Super Mario Odyssey they have given us the best platformer of all time and what is being heralded as Game of the Year almost everywhere – you know, when that award is not being won by The Legend of Zelda: Breath of the Wild. 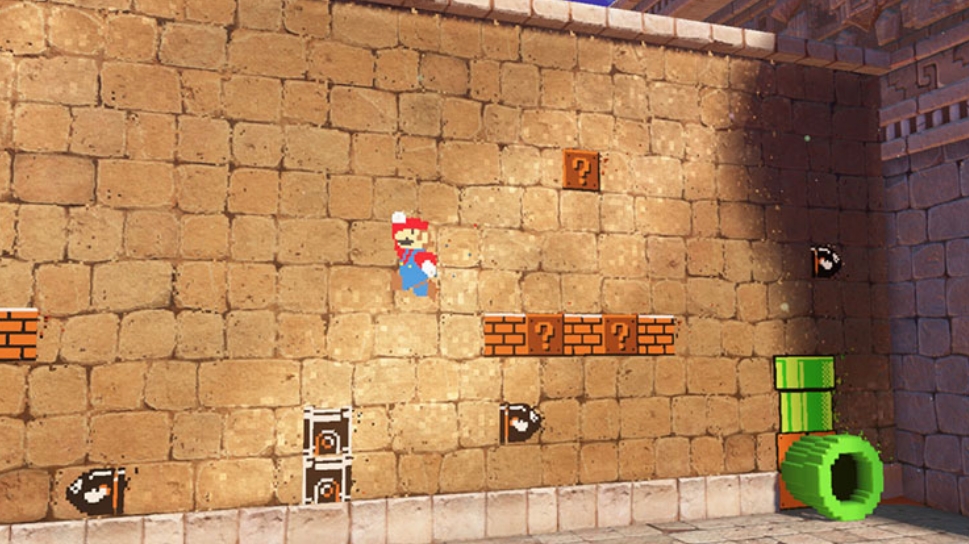 For Super Mario Odyssey, Nintendo has decided to give us a bit of a sandbox feel for the game, with self-contained levels that are big enough to feature a ton of things to do and plenty of moons (which take the place of stars) to find, without being too big as to make players feel lost. There are moons out in the open, moons for defeating bosses, moons hidden under rocks or inside of ponds, moons that are obtained by grabbing musical notes that pop-up as a timed challenged, and more. There are 900 moons to find in total, so look forward to spending dozens of hours with the game! 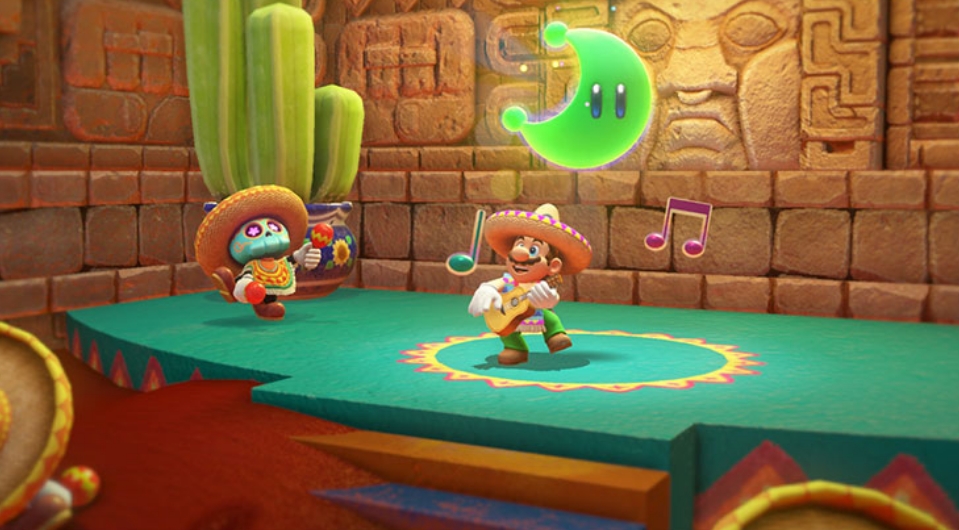 Along with the moons which you need to power up your vessel, you’ll also find the regular classic coins you can find in all Super Mario games, as well as special purple coins which are only valid to the level you’re visiting. Regular coins are there to serve as your lives counter (die and lose 10 coins) while regional coins are used to purchase souvenirs, stickers or regional costumes that will allow you to gain access to some of the areas in the level. 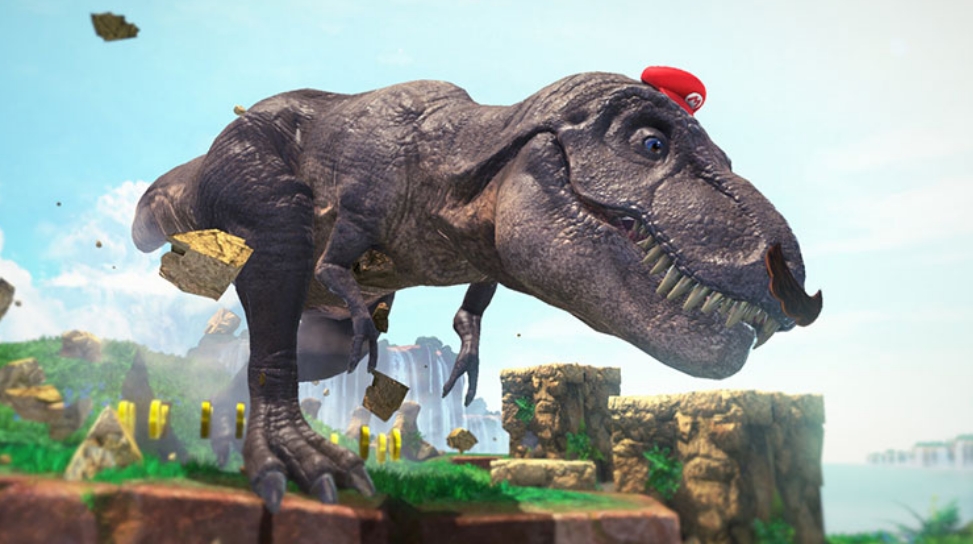 The main new gameplay mechanic for Super Mario Odyssey is Cappy, a magical sentient hat you can throw at enemies to posses them, allowing you to use their abilities in the process. Only enemies that are not wearing a hat can be possessed, and these include Goomba, Bullet Bill, Cheep-Cheep, a frog and a T-Rex, to name a few. There are clever puzzles tied to each of the abilities you can gain access to by possessing enemies, which keeps the whole experience feeling very fresh from start to finish. 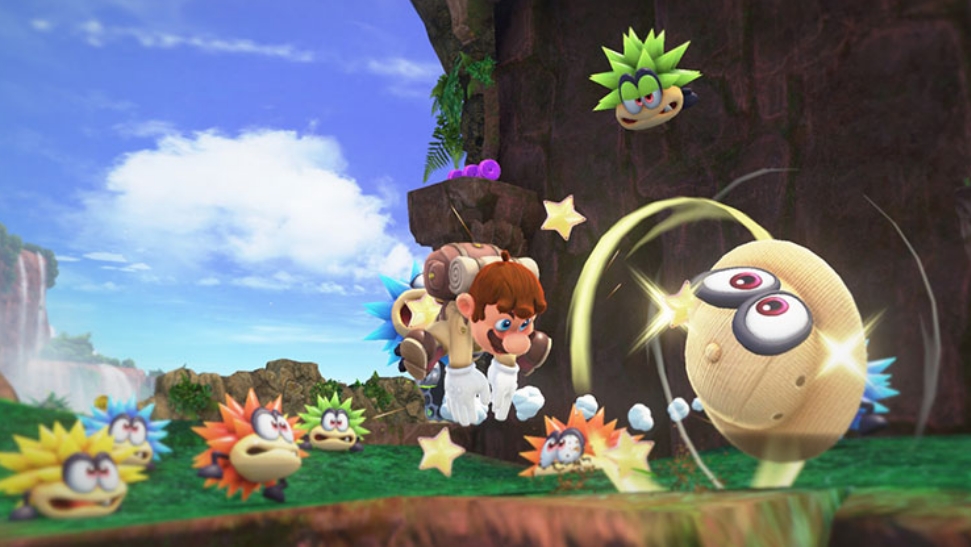 I could keep talking about how awesome Super Mario Odyssey is, but I don’t want to spoil your experience with the game. Rest assured that it’s Game of the Year for a reason, and a must have release for all Nintendo Switch owners out there. 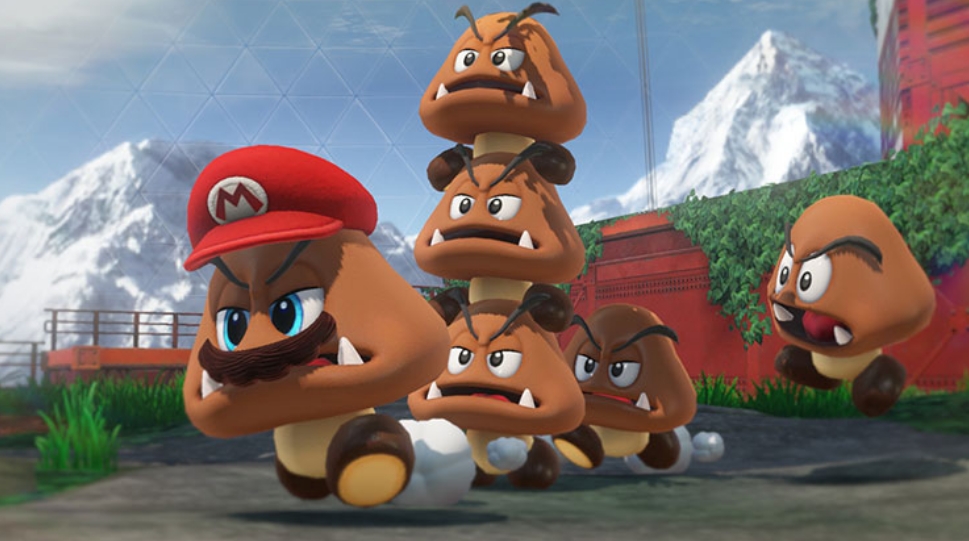