We’re currently playing League of War: VR Arena for our review so we got in touch with the team at MunkyFun to talk about the game’s development.

PS4Blog: Welcome to PS4Blog! Thank you for taking the time to do this interview. Could you please introduce yourself to our readers and tell them a bit about your work?

My name is Nick Pavis, and I’m the CEO and co-founder of MunkyFun, an independent game developer/publisher based in San Francisco. Our studio was started by a small group of passionate Ex-LucasArts game developers, with a deep history of console development. Over the years we have developed and published games on various platforms: PlayStation, PC, mobile devices and now VR. Our forte tends to be in core gaming experiences with high production values.


PS4B: League of War: VR Arena is now available on PlayStation VR. How would you describe the game to someone who’s never heard about it?

Around the office, we like to think of it as the table-top, head-to-head war game that you always imagined the future would deliver.

In a nutshell, the game takes place across a virtual table-top battlefield. You engage an opponent commander at the other end of the table in full-on, head-to-head battle, each sending your army units across a virtual battlefield to duke it out between the two of you. The first to blow up the other commander’s base wins. But, as you might expect from MunkyFun, there is a deeper strategy to be discovered in the war game!

We had prior success creating the “League of War” universe of Mercenaries on mobile, and we felt this was the perfect IP for a table-top wargaming experience. 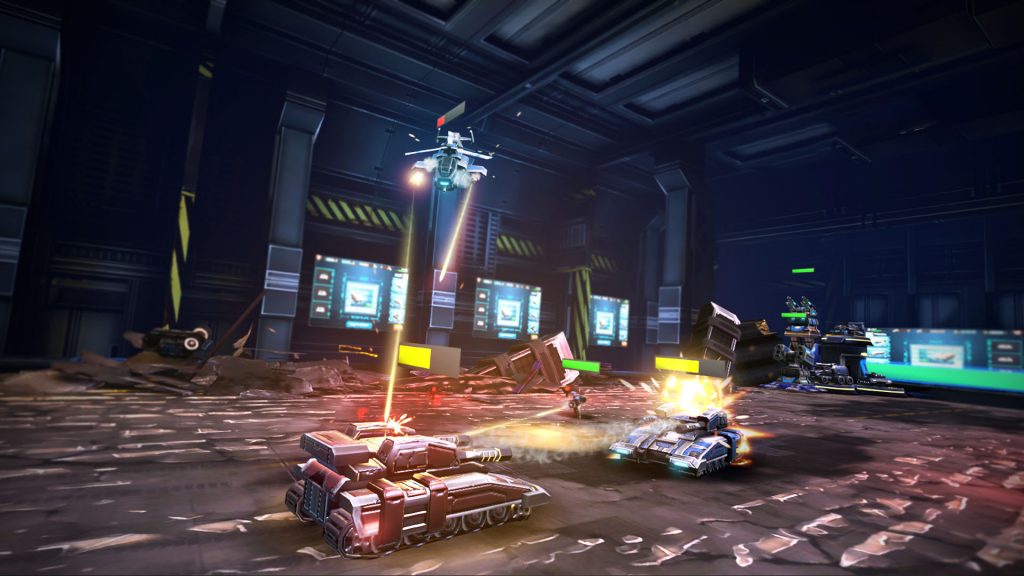 PS4B: How long did it take the team to complete the development of League of War: VR Arena? Where there any particular hurdles or challenges you had to overcome?

League of War: VR Arena has been a labor of love for the studio. We had been keenly engaged in the VR space for some time, and we set out to create a compelling VR experience at an affordable price-point to serve the hunger of the VR gaming community.

Our basic proof of concept was put together at the end of 2016. This was the initial prototype that had us realizing we could build an immensely engaging and fun experience for VR. We then hit about four months of delays before we could enter into full production. Once we got going, we were at full bore for six months, creating content, developing the game engine, working with the Sony hardware, developing the commander characters (including voice actors), tuning and balancing the squads and the units until our hands bled, and then iterating again… and again. 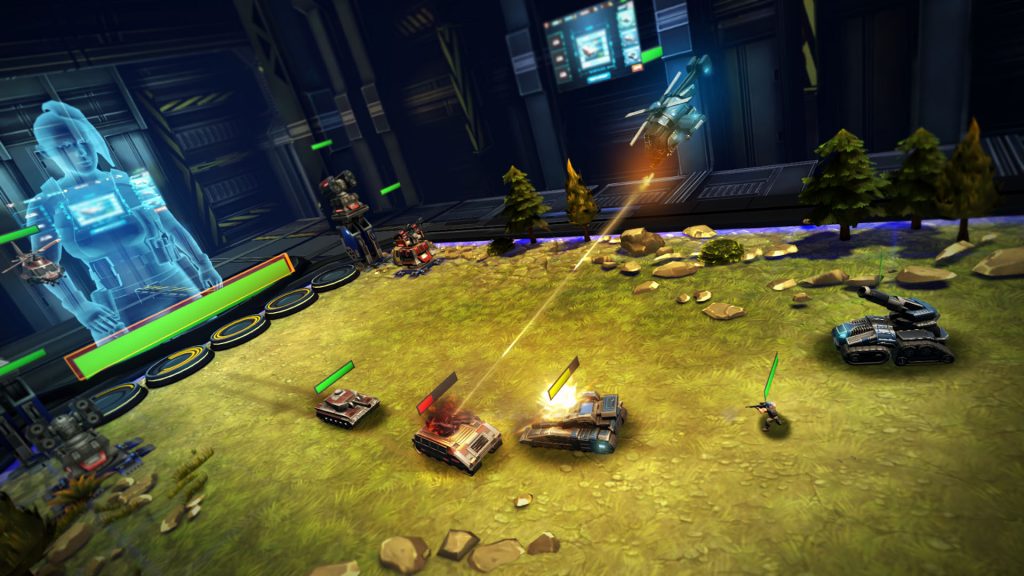 Refining the player controls to create a polished VR experience was a project in and of itself. We even developed a local multiplayer experience using the Social Screen aspect of the PS4 setup. We took early demos to gaming tournaments and indie game nights in San Francisco, also to a couple of gaming conferences and press events, with a few rounds of consumer testing too.

We strived to create an experience that is accessible to the whole family, but also contains deep strategy. It was important to us that we leveraged the aspects of the VR interface that differentiate it from a regular screen and controller interface. As such the game quite literally delivers on a “pick up and play” concept. The handling of the units was meticulously crafted to the point that you never stop to think about the interface. You can jump right into the action, as if you were a young kid playing with toys, without stopping once to consider such things as how when you grasp a unit in your hand it is always perfectly aligned for targeting. Or that the ease of the laser targeting surpasses any controller input because your hand delivers 6 degrees of freedom of movement. 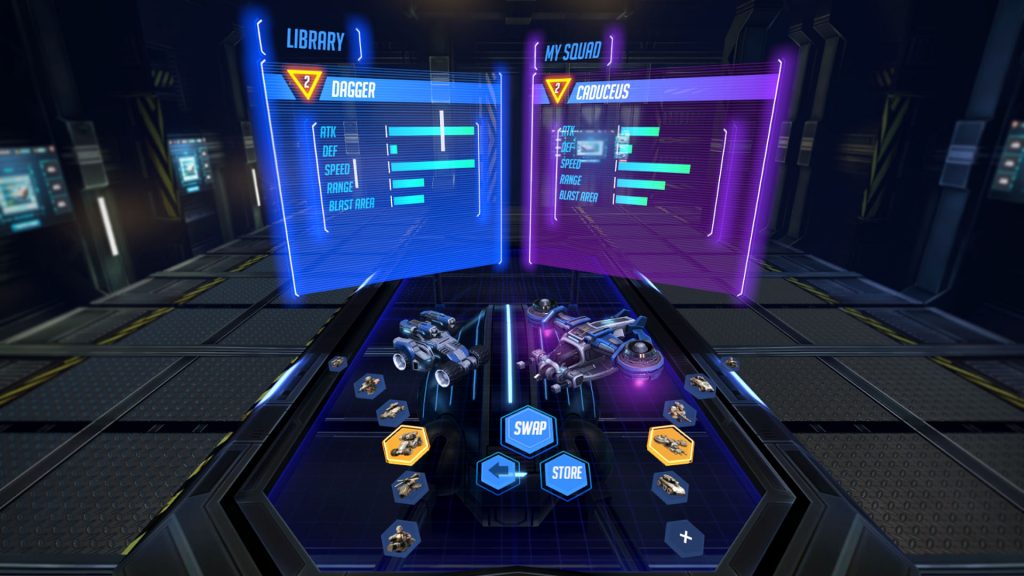 PS4B: Due to the game’s nature, are you considering the release of additional content either as free or paid DLC?

Yes. The loudest feedback we have had from players is that they want online play. It’s a good sign. The game is perfectly suited for online, league play, tournament play, and even an online spectator mode. We also have a few more units in the pipeline that would complement the custom squad very nicely for online battle. However, online play doesn’t just come at the flick of a switch. We are contemplating various options for bringing online play to the product very soon. 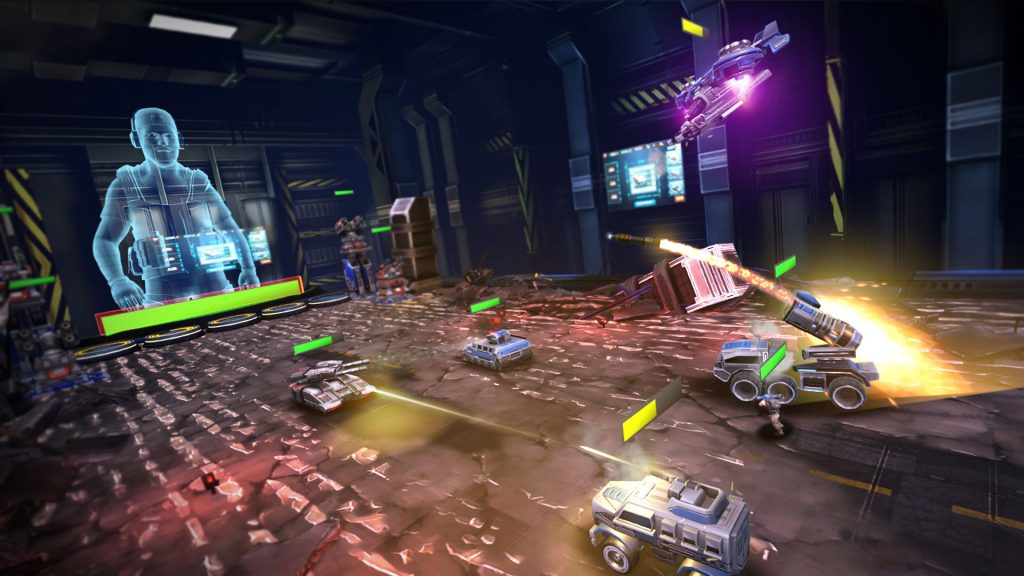 The development of “League of War: VR Arena” generated incredible excitement and passion at our studio. Any game worth playing and talking about tends to be more than the sum of its parts, and this product is no exception. We had fun developing the world and the characters and the interface, the ruleset, all of it. I truly hope it delivers on the promise of accessible entertainment that we sought to provide. The VR space may still be in the early stages, but as the market grows, you can be sure that we will be engaged in delivering new games.

[Beyond PlayStation] Heroes Of The Monkey Tavern Review