Super Daryl Deluxe caught our eye, so we got in touch with indie team Dan & Gary Games to talk about the game’s development for the PlayStation 4.

PS4Blog: Morning! Thank you for joining us at PS4Blog.net. Could you please get us going by introducing yourselves to our readers and telling them a bit about your work?

Dan: Howdy! Glad to join you. My name is Dan and this is Gary.

Dan: And we are the two halves of Dan & Gary Games and creators of Super Daryl Deluxe – our first game. I’m the artist and Gary is the programmer. We don’t know who does everything else. The two of us began this project as sophomores in college at the Rochester Institute of Technology, and for five years the game miraculously avoided the trash pile where the short list of our other endeavors ended up. 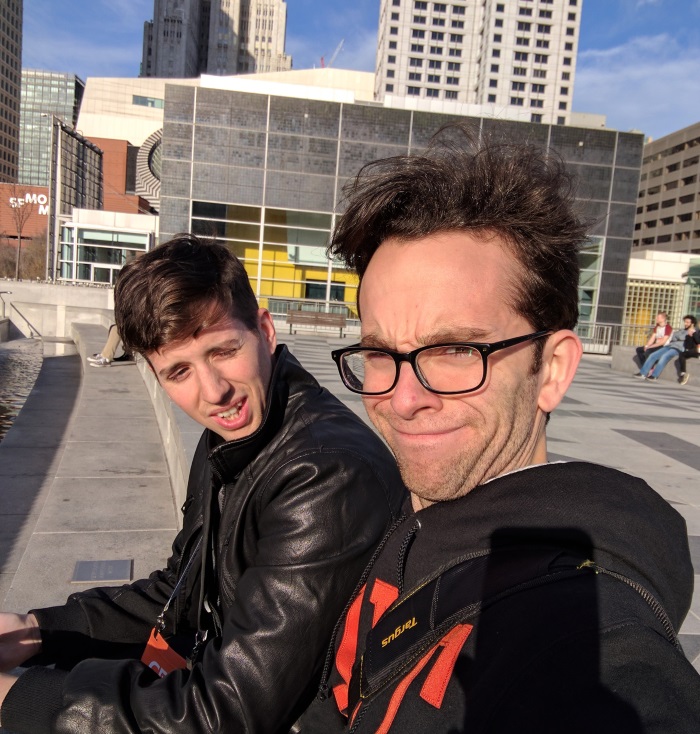 PS4B: You’re working hard on Super Daryl Deluxe for a PlayStation 4 release in 2018. How would you describe the game to someone who’s never heard about it?

Dan: Oh boy… Well, our marketing team suggests that we describe it as an RPGvania with a brawler-style combat system and hand-drawn comic aesthetic – which is true – but to truly understand Super Daryl Deluxe is to experience Super Daryl Deluxe, as we say here at Dan & Gary Games. It all begins in this seemingly normal, vaguely dreadful school called Water Falls High where, like any normal school, the classrooms are locked down and students are going missing. You play as this mysterious, silent, noodly new kid named Daryl who, we assume, only wants to make friends.

He’s introduced to these two shady kids who rope Daryl into their delusional contraband textbook business. As anybody in that business will tell you, the work involves a lot of sneaking around and trespassing to get things done, and this is no different for Daryl. What is different are the dark secrets that lurk in the shadows of Water Falls High… also the whole multidimensional classrooms thing. It turns out that each room is an entirely different world based on the classroom’s subject, such as an absurd Tron-inspired Science world where flasks waddle around, or the History room where Napoleon is waging war against goblins alongside Cleopatra and Genghis Khan (like real history).

Of course, Daryl doesn’t wander around unprepared. His generous employers pay him in pages ripped out of a mysterious self-help book that grants him extraordinary powers. Daryl can lay waste to evil waddling flasks with hulked out punches or surf on the back of a shark over a gang of villainous clay blobs. The point is to allow the player to construct their own means of combat using the 40+ skills they can earn in the game, with everything from combo skills to poison, to range, melee, utility, etc. Using these skills earns you experience, which allows you to level up your skills and unlock stronger, flashier, more badass powers.

So yeah, with the aid of his trusty self-help book, Daryl must uncover the dark secrets of Water Falls High and hopefully save the world. 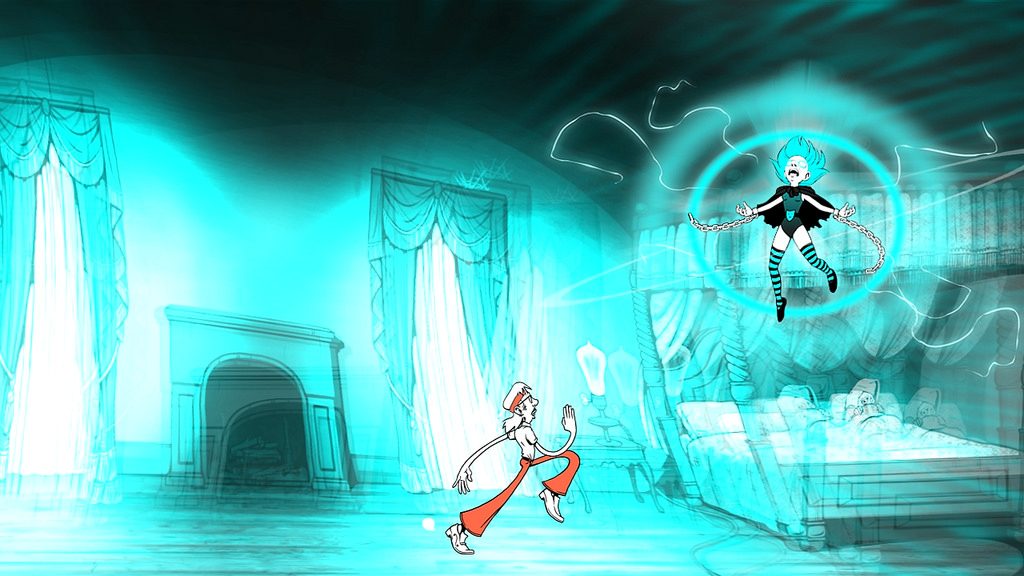 PS4B: Can you please elaborate on the RPGVania side of things?

Gary: When we originally threw together a very rough idea of the kind of game we wanted to make it involved the same basic systems that Dan described… a combat system that was highly customizable and a large, semi-open world for the player to explore. (The sweaty teenager protagonist was always a given.)

I wanted all of the typical RPG features – a leveling system, quests, equipment for the player to wear… the list goes on. I began to build all of these separate pieces, and we ended up with a pretty fun start to an RPG that spanned across multiple play styles. Daryl defeats enemies, earns experience, levels up, unlocks more abilities and equipment, completes more difficult quests, repeat.

The way the world of Water Falls High School is set up and the way Daryl must navigate it to complete his quest is where the “vania” half of RPGvania comes from. There are four major classrooms at Water Falls High School, and each one is home to a large, totally historically accurate world. At the “center” of each is Daryl’s goal, although I won’t elaborate on why that is or what lies at each room’s center. The story takes Daryl through each of these classrooms, but Daryl will continuously face roadblocks that cause him to explore other classrooms or even backtrack to previous areas after completing certain quests or obtaining key items. Pieces of the story will develop through the environment as Daryl is forced to revisit previous areas to advance the plot, but there are other reasons to return to old classroom corners as well. 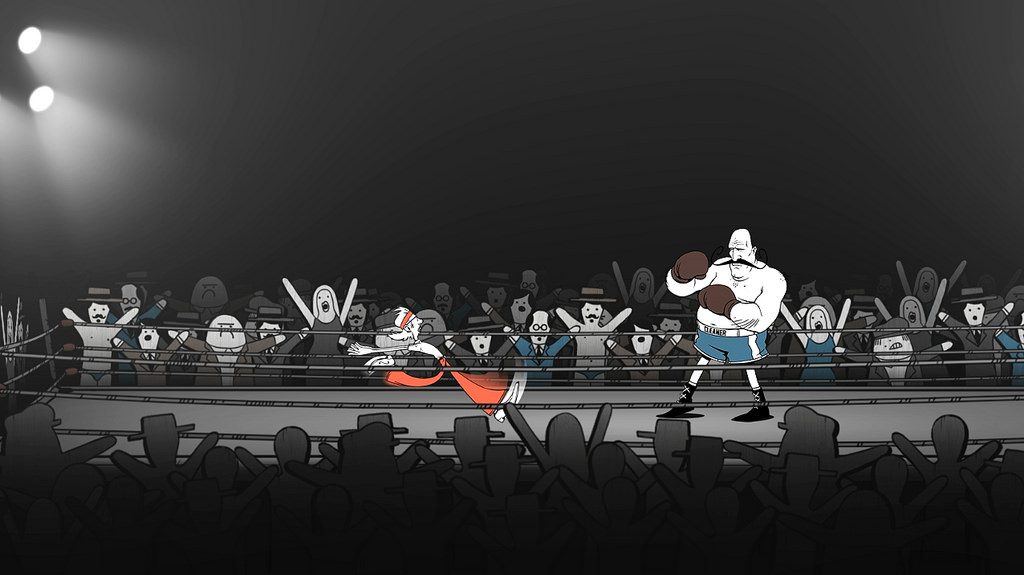 PS4B: How long will the game end up being? How many hours would it take someone, on average, to play the whole thing from start to finish?

Gary: I think it’s safe to say between 15-20 hours for the average player’s first playthrough. That could go up or down based on how much time you spend leveling up your abilities (there are over 40, and they are all upgradeable), and how many side quests you do, but our experience playtesting it has been in that range. For those that want to complete absolutely everything, it will take longer for sure. 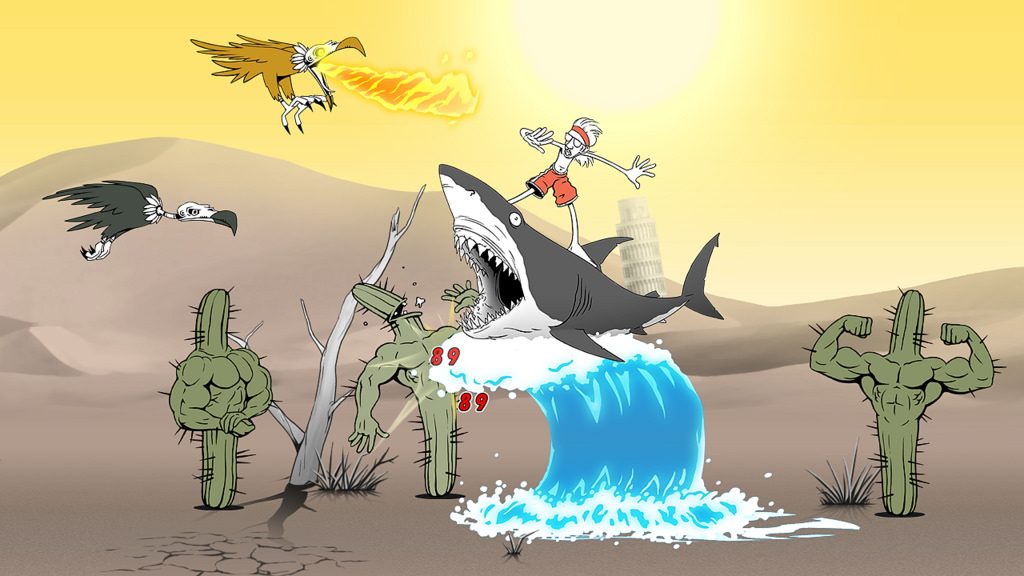 PS4B: Once again, thank you for doing this interview. Would you like to add something else before we go?

Dan: I think we’re set! We hope y’all stick around for more Daryl news. Thank you for the interview!