The Girl and the Robot was successfully funded on Kickstarter way back in 2013, a time when most games were guaranteed to fund fairly quickly. The Girl and the Robot achieved a stunning 250% on its modest $15,000 CAD base goal, reaching its Wii U stretch goal. The game had a considerably lengthy development process, but it was eventually released on Wii U. And then, we got a PS4 port of this 3D action puzzle adventure! 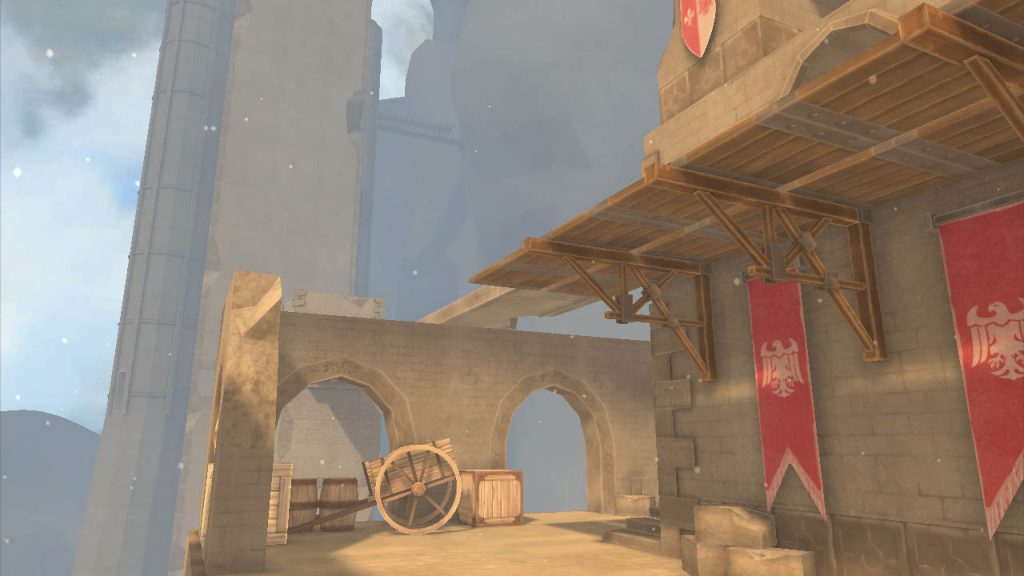 I first got a glimpse of the game when it was an Alpha build. The game’s art style made me remember ICO, so I was definitely interested in checking it out. The gameplay for The Girl and the Robot didn’t change much from that Alpha build, but the graphics are definitely brighter and prettier. You’ll be playing with both the girl and the robot, since the girl has been locked up in a castle and must escape by working together with the robot as you both work towards completing the puzzles in the game. 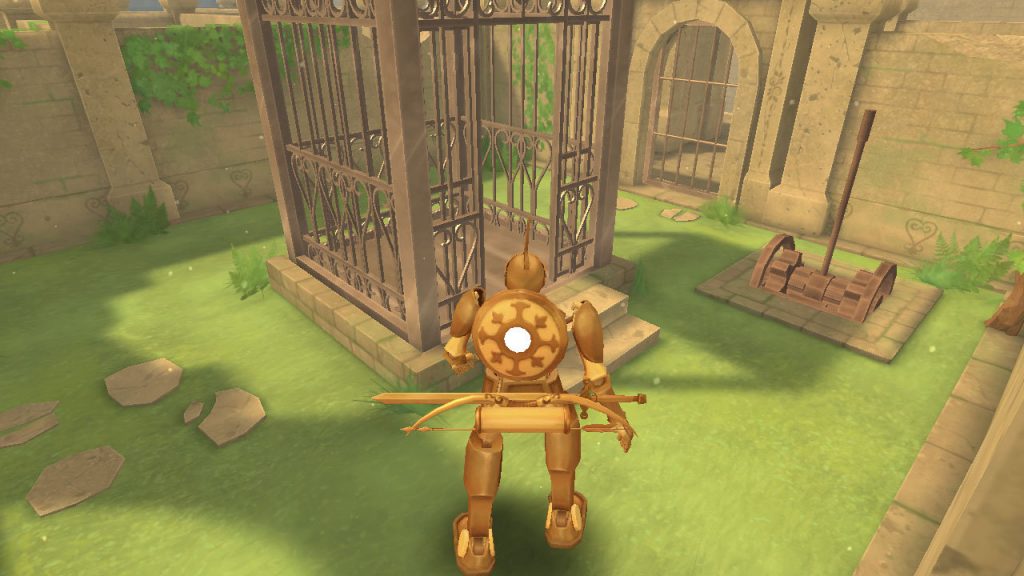 The Robot is able to do a basic three-hit combo attack and defend with his shield, as well as use a bow and arrow… but the combat feels a bit off when playing. You can attack enemies, but when you’re hit, the light in the back of the robot will change color, and you must avoid other attacks until it can change back to white. The girl can also repair the robot by standing behind him and pressing the Square button. 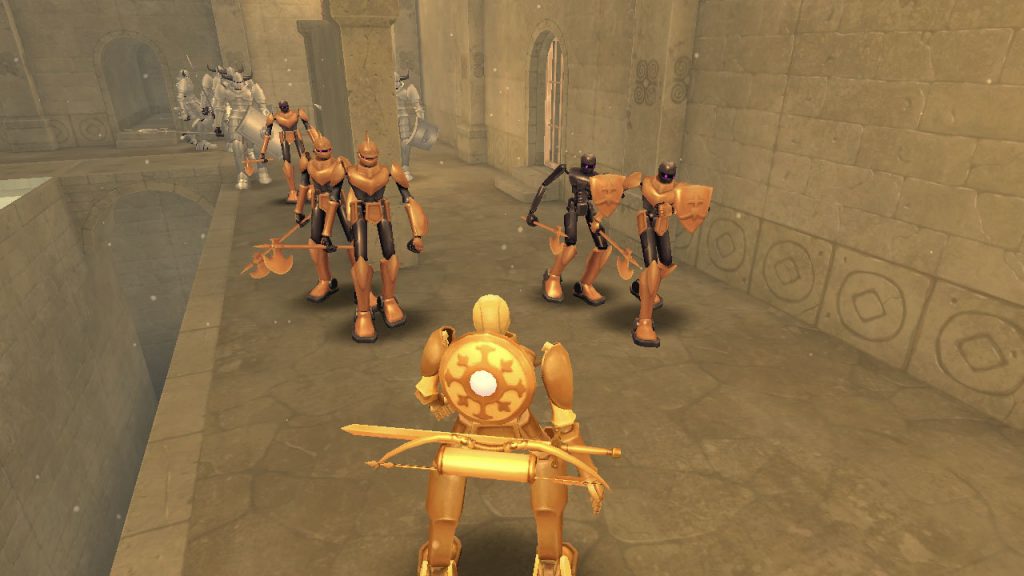 As for the puzzles, the Robot can carry the girl around his shoulders, but when controlling the girl, the robot is left behind. It is then that you’ll need work together to, for example, use a lever to activate an elevator so that you can move to a lower level while then activating a switch so that the robot can reach the final lever that will open the way for both to carry on. This will allow you to explore the castle, the mazes and the town area for this roughly 3-4 hour game. 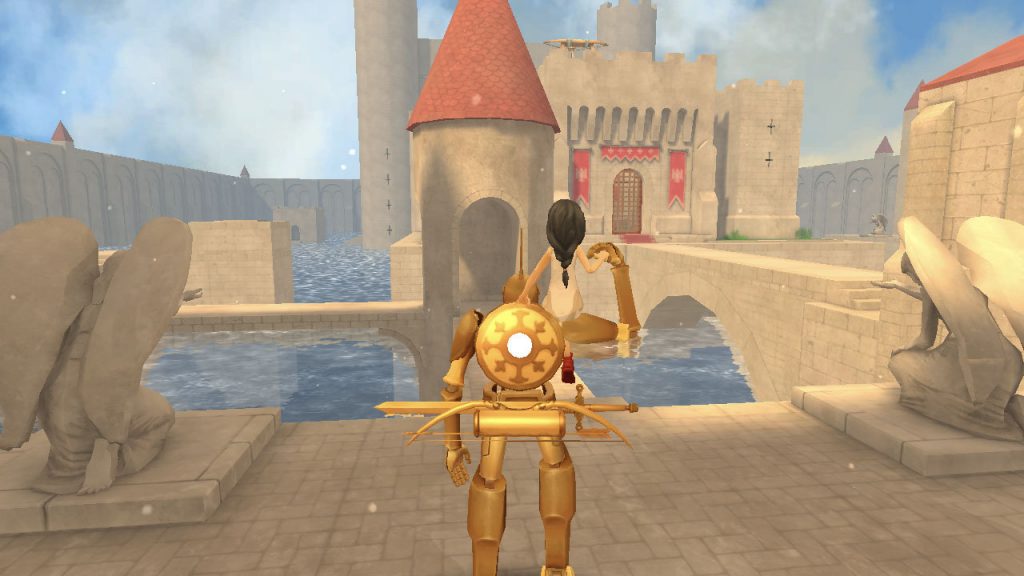 The game does not have a Platinum trophy, but it does have a list that includes trophies for completing each section of the game, as well as the game itself, but it also has trophies for finding a secret toy room, as well as for examining all paintings. 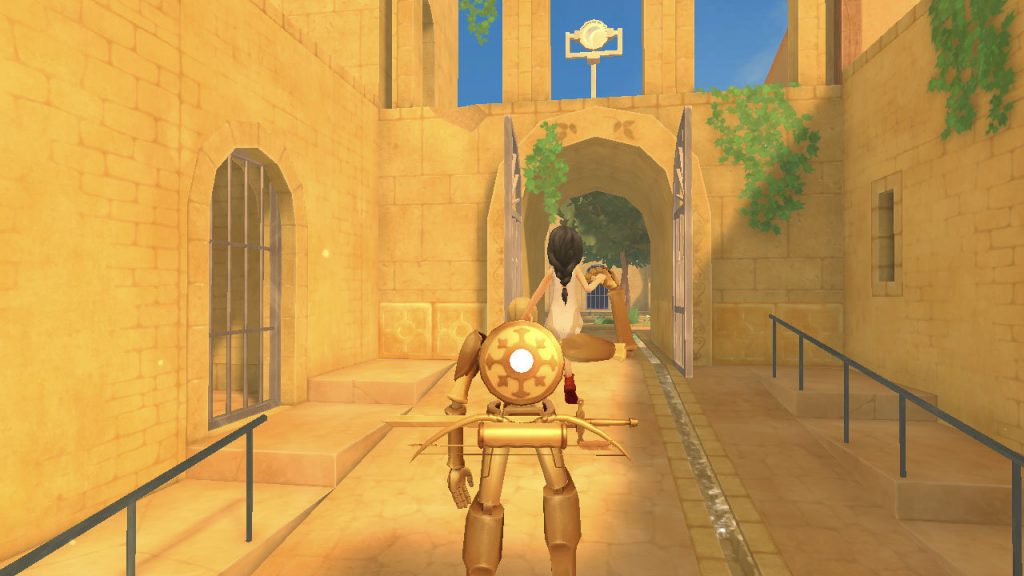 Overall, The Girl and the Robot is a fun release with good and colorful graphics, and music that perfectly complements the gameplay and story. The combat is a bit lacking, but it’s not a deal-breaker for this indie release. After all the time it spent in development, it’s great to finally be able to enjoy this one on PS4. 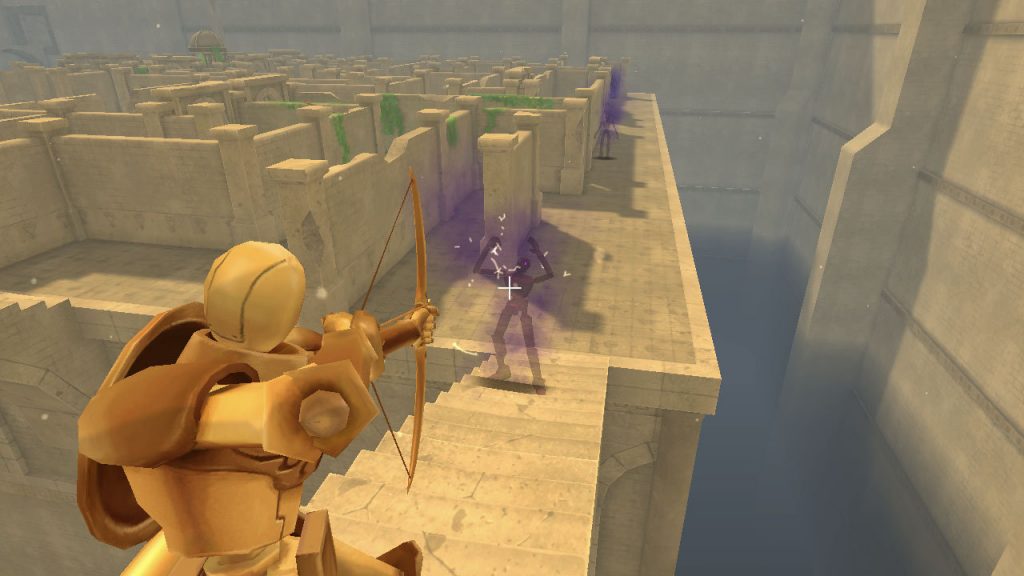 Disclaimer
This The Girl and the Robot review is based on a PS4 copy provided by Flying Carpet Games.