A broken Planet in one of Saturn’s moons holds a very valuable source of energy known as Aleph. Whoever controls that energy will gain its ultimate power, which is why a ton of raiders have invaded the planet, fighting amongst themselves to be the first to get their hands on said ultimate power. Unfortunately, the raiders are marooned on the planet, which has forced them to team up and split into factions to increase the odds of getting their hands on Aleph. Are you

This is a very ambitious game that could be compared to a Free To Play (F2P) release, with a twist. This one is from indie team MercurySteam, a studio that has developed several games for other studios, but that is diving into the self-publishing waters with this release. Does the gamble pay off? 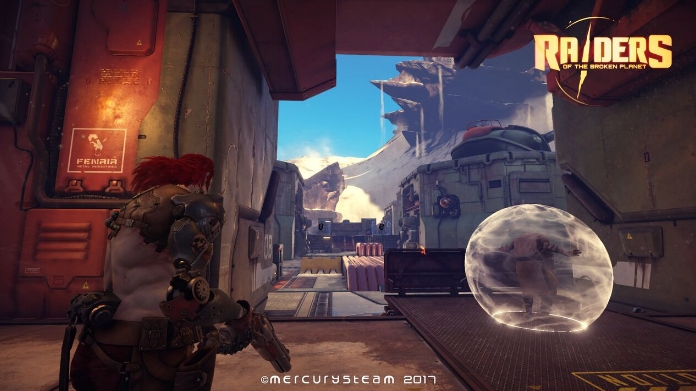 Raider of the Broken Planet is neither going the F2P nor the dreaded Pay to Win route. Instead they, will be releasing adventure driven campaigns (four in total so far), for $9.99 each – sort of like in an episodic format! The prologue version of the game is your tutorial with some extra missions thrown in for good measure, plus multiplayer to ease you into the game. It’s basically like a demo, but a more robust version of a demo.

You don’t have to spend a dime to get stuff in the game since you can earn Mercury Points to get cosmetic changes or new loadouts. The only real world money you will need for the game is the campaign purchases, which at roughly $10 a piece are a good thing and add up to less than what a full retail game would cost. With that out of the way, let’s dive into Aliens and Myths, the first campaign for the game! 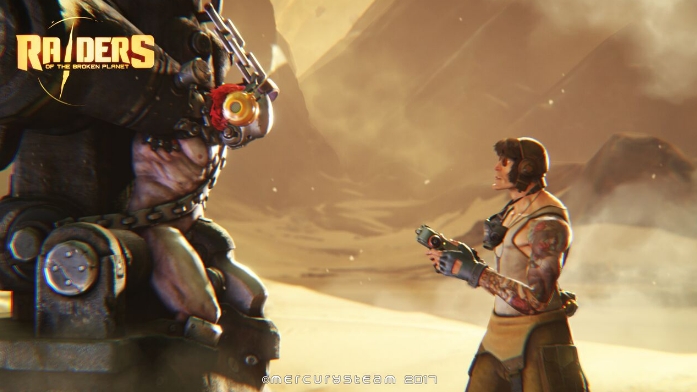 Before you start with Aliens and Myths, I highly suggest you give the prologue a good play so that you can get the basics before you jump into the adventure proper. That way you’ll understand how the gameplay mechanics work, and you can then undertake missions in either solo play, co-op or online with random players to get some additional practice before playing the Aliens and Myths campaign.

The campaign has four missions that revolve around the search of the legendary protectors to try and drive out the raider invasion. Each of the four missions is different and promises to keep you on your toes all the way through. You will be doing a variety of smaller missions such as escorting and protecting others, killing everything in sight and more – these have no checkpoints but you do have three lives available which run on timers. When you lose a life, a timer will count down until the life is regenerated. Lose them all, and you will have to restart the mission! 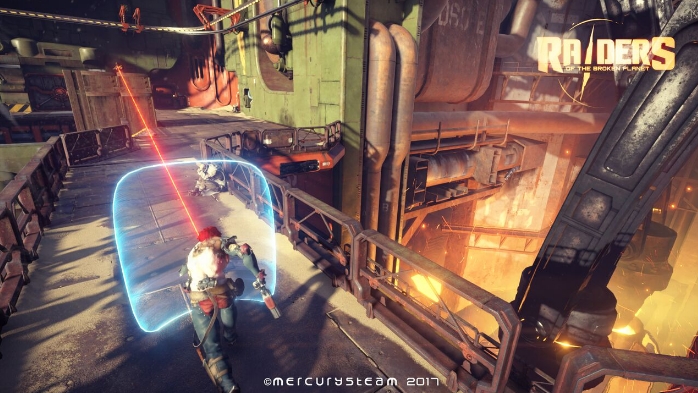 Before you begin you are given a choice of characters to play as, and all characters have their own weapons, abilities and play very differently. The character select screen will help you with your choices, so you are not going into missions blind. For the first mission or so, I suggest you follow the game’s recommendation to get the hang of things – but in the end it’s your call. Characters are interesting and do stand out. One of them, for example, is a sniper who has an amazing ability of being able to warp to a vantage point and shoot in secret…. a perfect character with good stealth abilities if you like to remain unseen!

The combat is a mix of stealth, run and gun, and melee. Oh, and you can also grapple, dodge and punch! Punching ends the grapple and dodging speaks for itself – you can avoid attacks, and grapple catches a dodge. You can cancel the actions of other players with this system that, at its core, is an elaborate Rock-Paper-Scissors setting. Each action and attack has a place and a time to be more effective. For example, if you want to refill your ammo, you’ll need to get some melee kills under your belt! 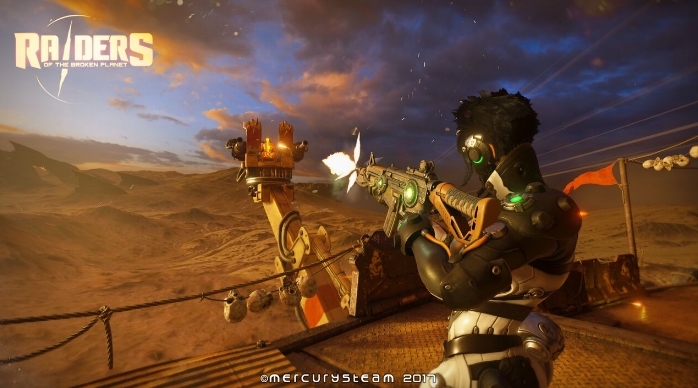 Getting hurt is quite interesting in the game as it affects not only your ability to fight back, but also your movement. If you are hit hard, you will start to limp and the attacks you deal will be slower and harder to land, which is definitely a nice touch. The game is fun in solo play, but very tough. As you can imagine, the game encourages you to play online and in a team, so be sure to give that a try

For me, the menus are hard to read, which is really annoying. The in-game text is too small for its own good! Hopefully this is patched soon, because it does get on my nerves every now and then. That would the one complain I’d have about the game, because the rest is solid and shows how MercurySteam has grown as a team! 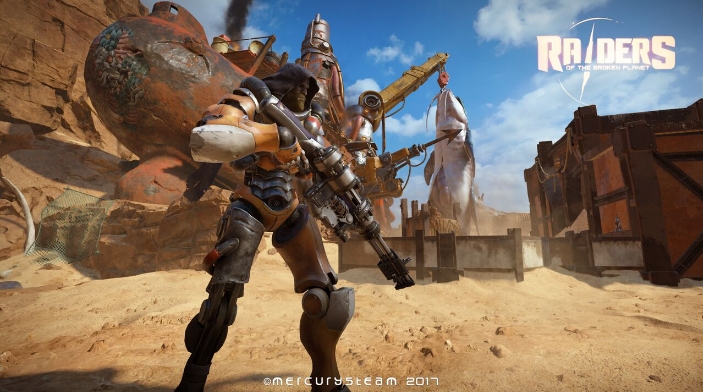 Raiders of the Broken Planet is an ambitious and solid indie release on PlayStation 4 that does a lot of things right. MercurySteam managed to release a fun episodic game with offline and online modes while offering it at a fraction of the cost of other games. Being able to get campaigns as they release is interesting, and if you like the prologue you can dive in and get the Founder’s Pack which makes it so that you get all campaigns as they release. 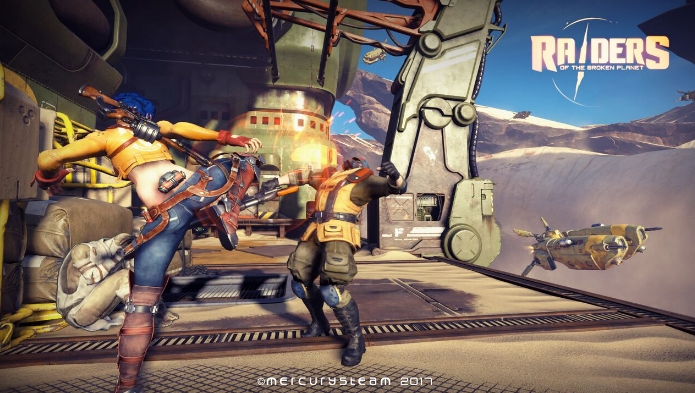 Disclaimer
This Raiders of the Broken Planet – Aliens and Myths review is based on a PS4 copy provided by MercurySteam.