Your adventure, like any good adventure, starts at the tavern in where you must hire three heroes to take on an epic adventure full of treasure and glory. You can hire, for example, a Priest who is handy at healing your party members, a Warmage who balances melee and magic attacks, an Herbalist who can heal the party by medicating, a Barbarian who is very handy with weapons and who can rage as needed, a Huntsman who can attack from long range, and more. Each character has different pros and cons as well as a different stat allocation in Life (affects HP), Strength (raises power and physical defense), Dexterity (raises accuracy and physical defense), Intelligence (raises magic and magical defense) and Faith (raises spirit and magical defense), so you need to mix and match the available heroes so that you can have a balanced party. 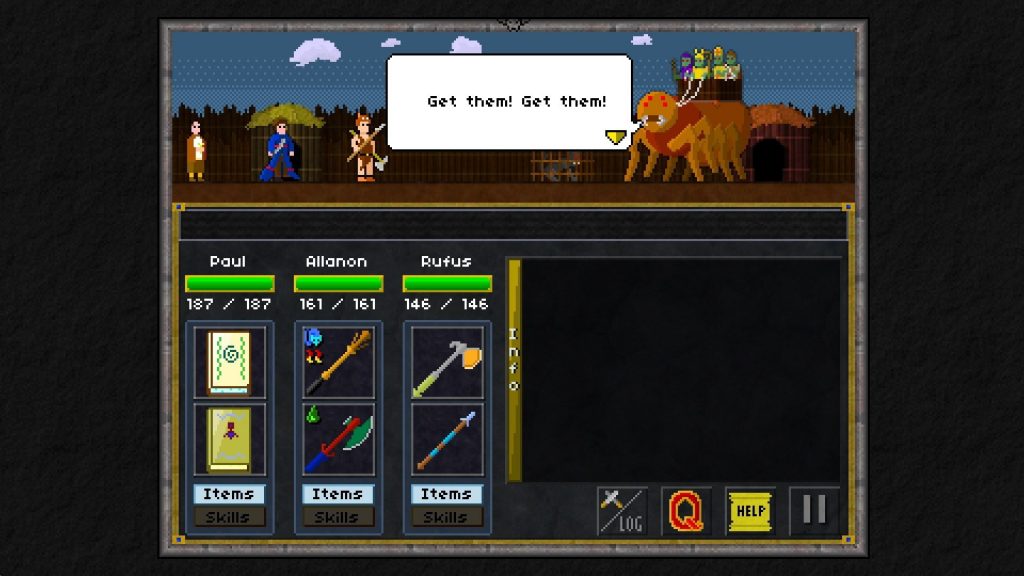 Once you have selected three heroes you’ll be ready to take on The Sons of Dawn, a weird cult that prays to a dark elder being and who are recruiting more and more people to their cause. You’ll be able to check out the town before moving on with your adventure, so you’ll need to use the L2 and R2 buttons to move around because the left analog stick will move the cursor around in the bottom on the screen between the available icons as well as the interaction prompts for entering buildings or talking to NPC. This is how you get quests in the game, for things such as recovering a magic amulet that was stolen by trolls. You can also visit the Blacksmith so sell some of your items or equipment or to purchase new weapons, armor and accessories to boost your attack power and defense capabilities. 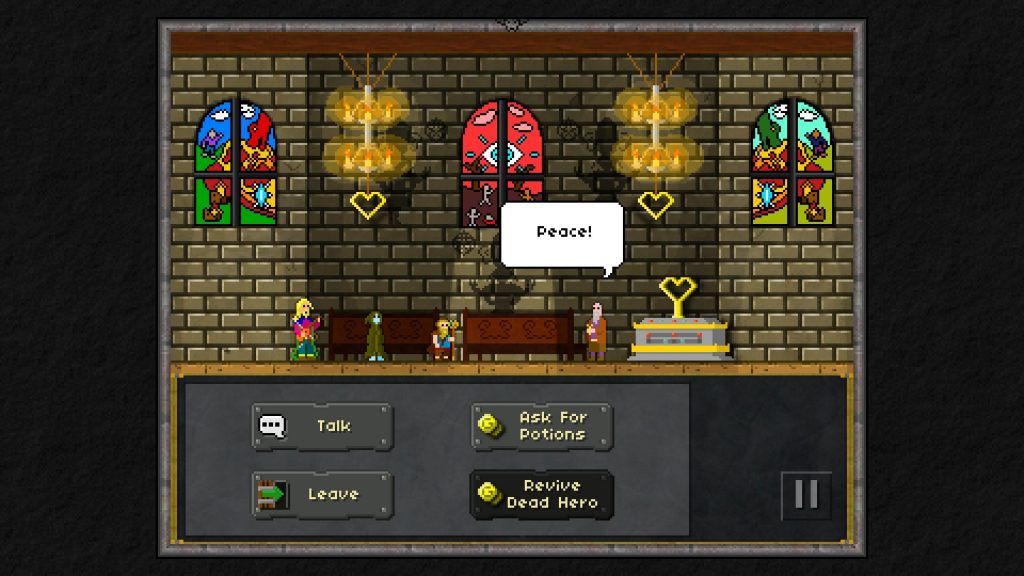 As you battle you need to be aware of the many status effects that can land on your party members. Bad things such as Burning which causes constant damage, Poisoned which causes increasing damage, Bleeding which damages a party member based on his/her current HP, or Infested which means a parasite is growing inside the hero which will deal massive damage when it hatches. There are also good status effects such as Hard which raises physical defense, Witty which raises Magical Defense or Blessed which allows a party member to deal more damage and healing. These are only some examples, so be sure to check the in-game help menu to learn more about status effects! 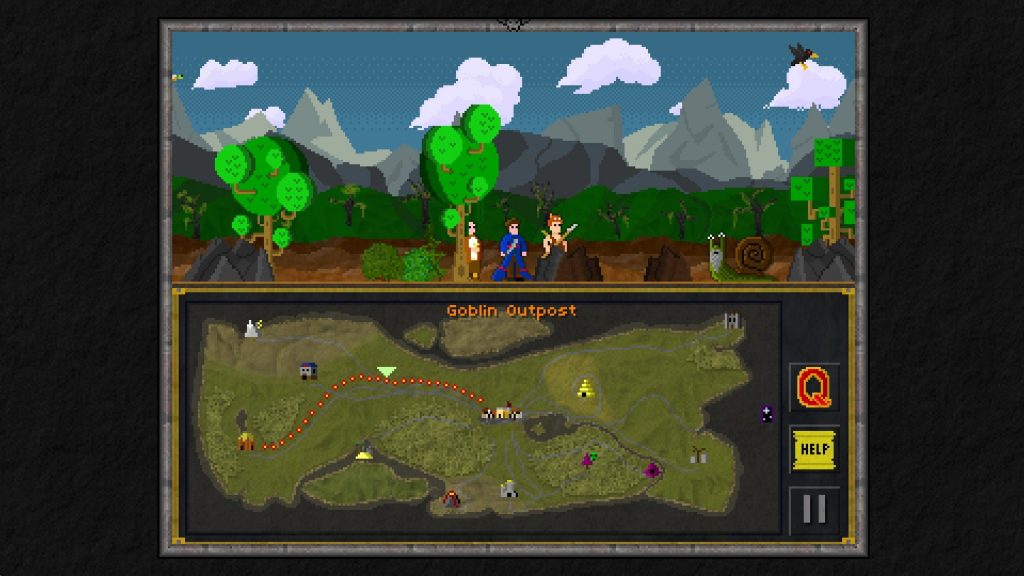 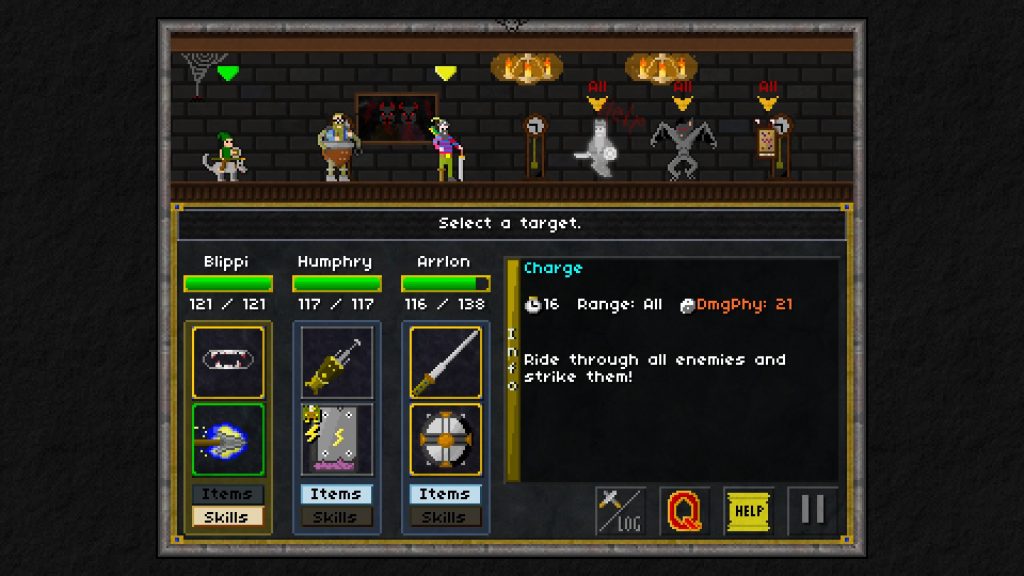 Before you can take on a new area’s many rooms as you try to reach the boss, you’ll first need to make it to said new area. During your journey there you will meet NPC you can interact with, and this might lead to a battle or to your heroes gaining some extra Exp, but sometimes you might want to ignore them completely as to not risk triggering a hard battle at the worst of times. And once you make it to a new area? You’ll realize there are seven rooms to travel through before the final eight room with the boss battle, and each room can have a battle, buried treasure that requires a hero with a lot of strength to recover, loot that might be booby trapped and which will require a hero with high dexterity, and more. 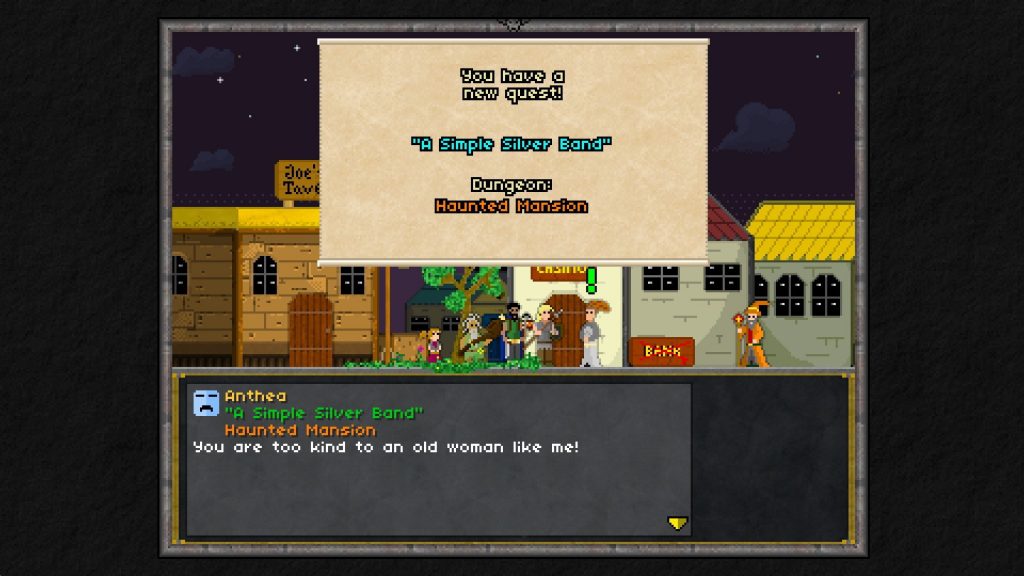 Pixel Heroes includes a full trophy list with a Platinum trophy. You’ll need to obtain a ton of bronze trophies and some silver trophies if you want to add that Platinum to your collection, doing things such as defeating your first enemy, losing a hero for the first time, completing your first quest, fishing an adventure with an all-human party, defeating three enemies with one hit, surviving through three dungeons in a row, defeating each of the game’s bosses, unlocking all hero classes, or drinking 100 glasses of beer in a single adventure. You know, the usual.

Pixel Heroes: Byte and Magic is a fun and challenging is a fun and challenging old-school styled RPG on PlayStation 4 with a lot of quests to complete and plenty of fun to be had. Due to the game’s nature, this one certainly is not for all gamers as it is aimed at a more hardcore crowd. But if you’re looking for a meaty RPG that will test your skills in full, and in which when your party dies you are forced to start all over with a new group, then be sure to check out Pixel Heroes: Byte and Magic. 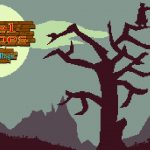 Disclaimer
This Pixel Heroes: Byte and Magic review is based on a PS4 copy provided by Headup Games.

It’s Time To Save Big At The NISA Store!