The story for the game, despite this one being a direct sequel to Grim Legends: The Forsaken Bride, changes things up a bit while staying true to the fairytale theme. This time the focus is on the Six Swans from Brothers Grimm. The story is about a King and Queen who were happily married and had just brought a child into the world. The Queen is, unfortunately, a mute. A healer had been summoned to help her speak again but, as you can imagine, things don’t go as planned. The Queen has fallen ill, but things begin to take a sinister twist when the Queen and her newborn son become trapped in her bedroom – she is eventually rescued, but her son is kidnapped. You will have to find out exactly what has transpired and rescue the baby! 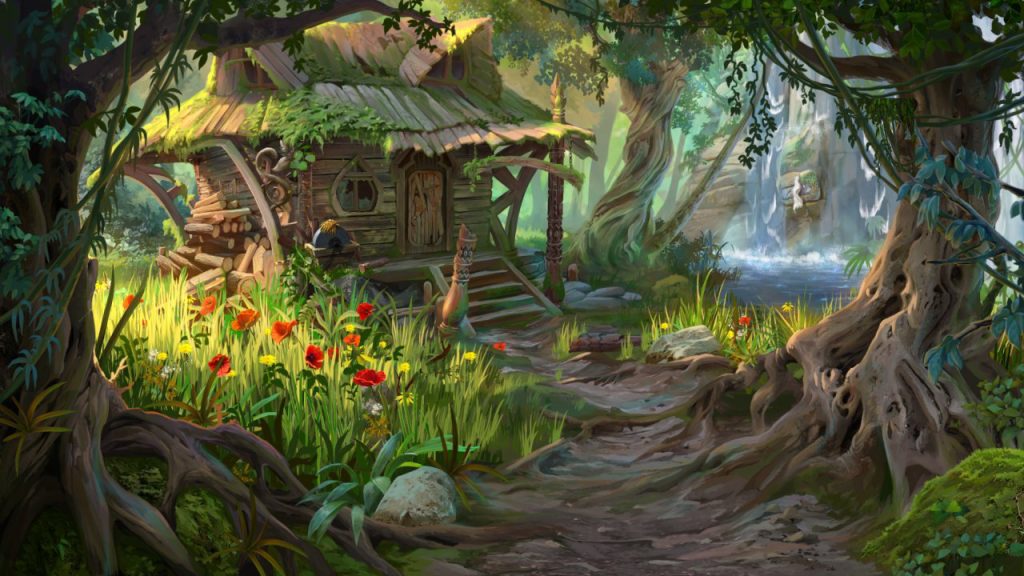 You will visit many gorgeously hand-drawn locations to solve a ton of puzzles as you unravel the mysteries at hand. You will eventually get a map in which your objectives and location will be clearly marked – if you ever get lost you can always refer to your map! There is some backtracking involved for this one, which is to be expected from an adventure game. I do have to say that I love backtracking in adventure games as I find new items that can help me solve a previous puzzle or to gain access to a new area! 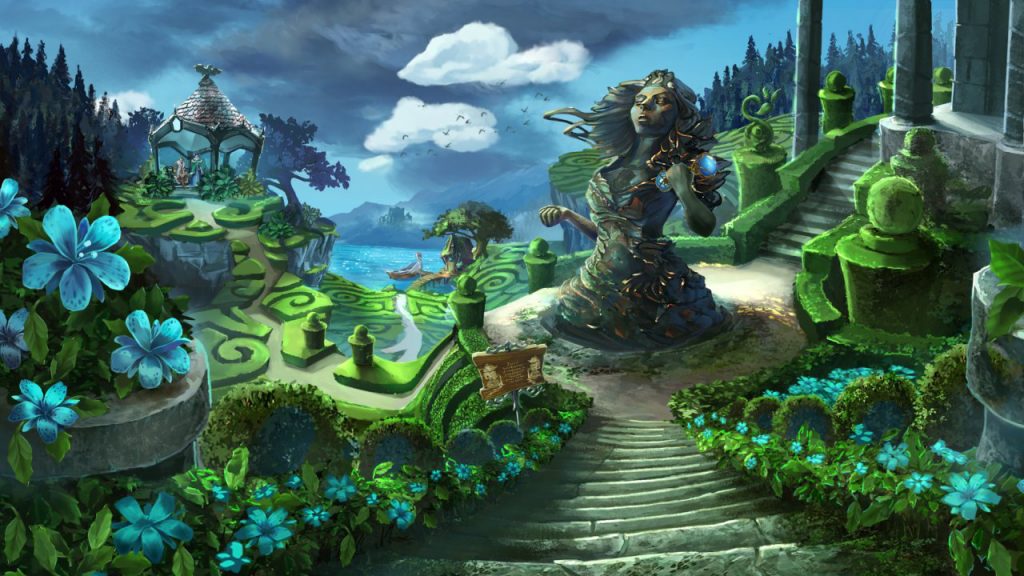 Unlike other releases from Artifex Mundi, Grim Legends 2: Song of The Dark Swan does not have a bonus mini-game to replace hidden object puzzles. Sure, there are some sliding puzzles that are quite challenging in the end, and there are also rotation puzzles for this one, but the standard ones are the puzzles with hidden objects. You will also be crafting potions, but first, you will need to search for the corresponding items to create them. 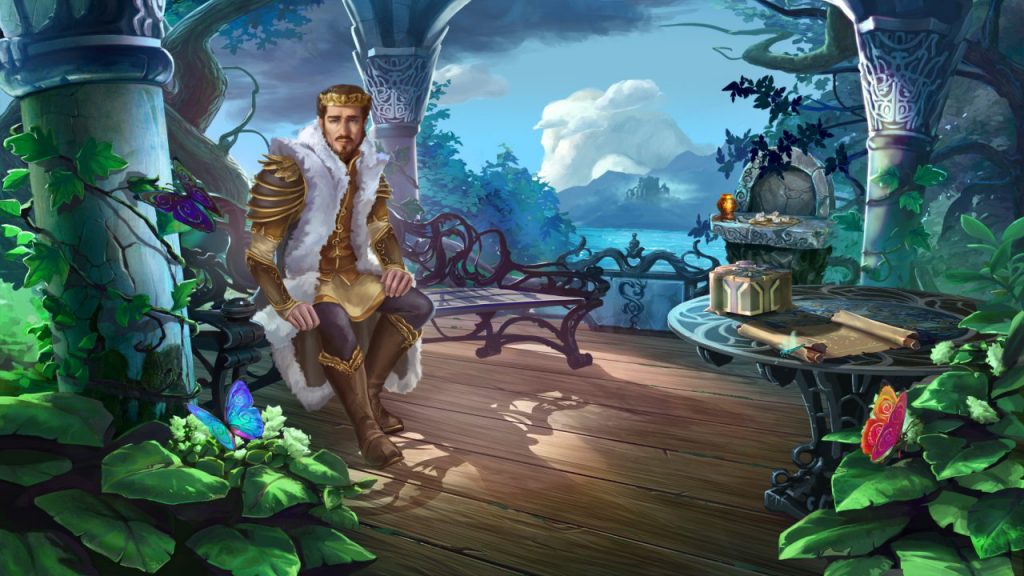 The hint system is back – and doesn’t appear to be going anywhere anytime soon! However, the hint system is tied to the difficulty of your choice, so if you go for Casual Mode them your hints recharge faster, and you can use them without any penalty. On the other hand, for Expert Mode, which is the one I selected for working on this review, hints charge at a much slower rate and you are penalized for using them, so think before you hit the hint button on the expert difficulty! 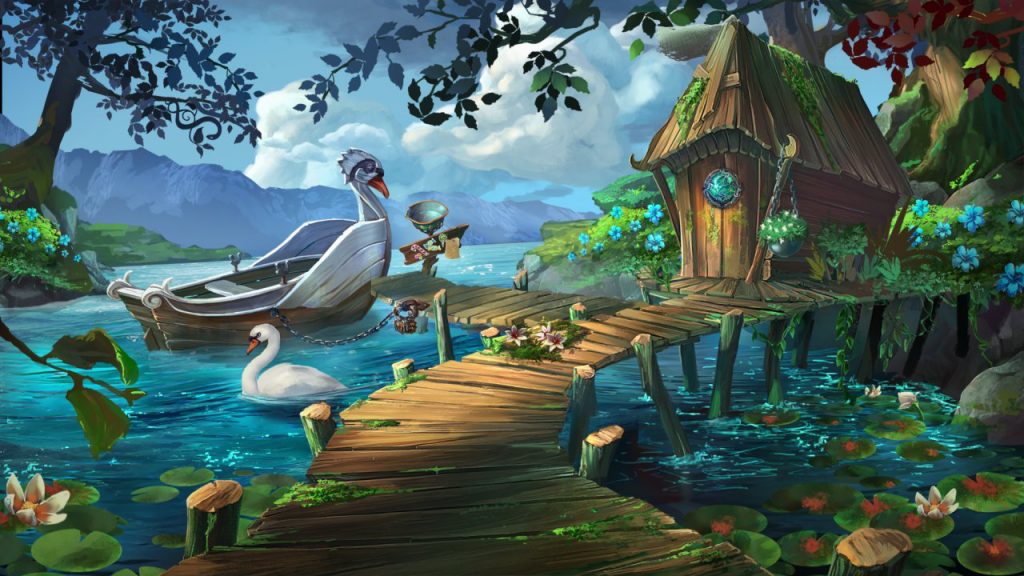 You also have three companions to help you in your puzzling quest: the swallow will help you reach things you can’t, an otter will scare animals away, and the forest sprits can make plants grow. This is a nice element since it mixes things up a bit and offers some extra variety, which is always nice.

But that’s not all! You also get a bonus campaign to play through after completing the game, which adds another hour or so to your total run. This bonus story revolves around the forests spirits who want get rid of a dragon. While it’s not related to the main story, it’s a bonus story added to the main package at no extra cost, which is great! Overall you’re looking at around 5-6 hours in total for the main campaign and the bonus story, which we can’t complain about. 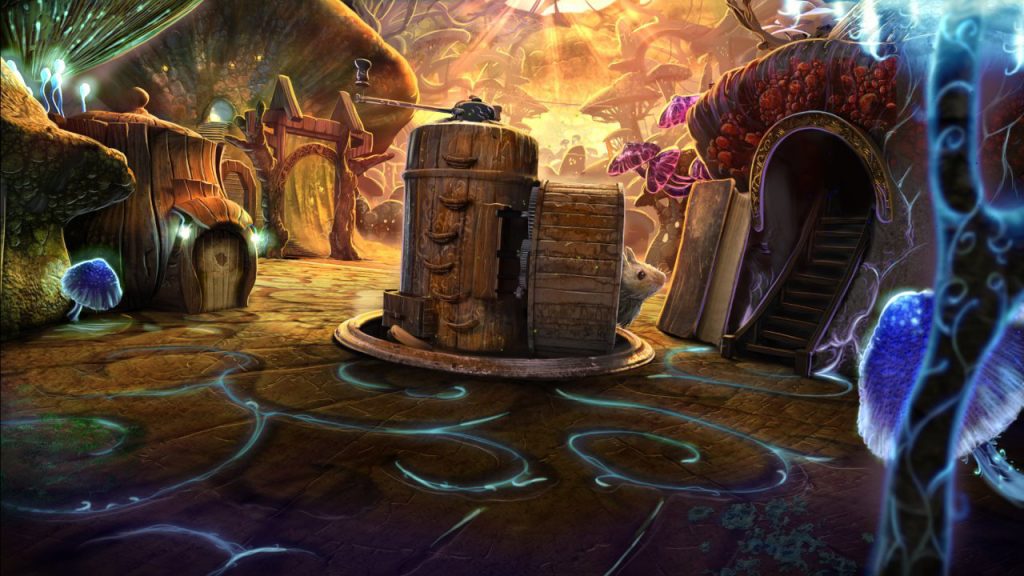 Grim Legends 2: Song of The Dark Swan, with its gorgeous and colorful hand-painted graphics, its detailed locations and the considerable amount of content to play, makes this a must-have for fans of Artifex Mundi – and for fans of adventure games with hidden object gameplay mechanics. I love their games, and I look forward to checking out what they have in store for us for the rest of the year!

Disclaimer
This Grim Legends 2: Song of The Dark Swan review is based on a PS4 copy provided by Artifex Mundi.