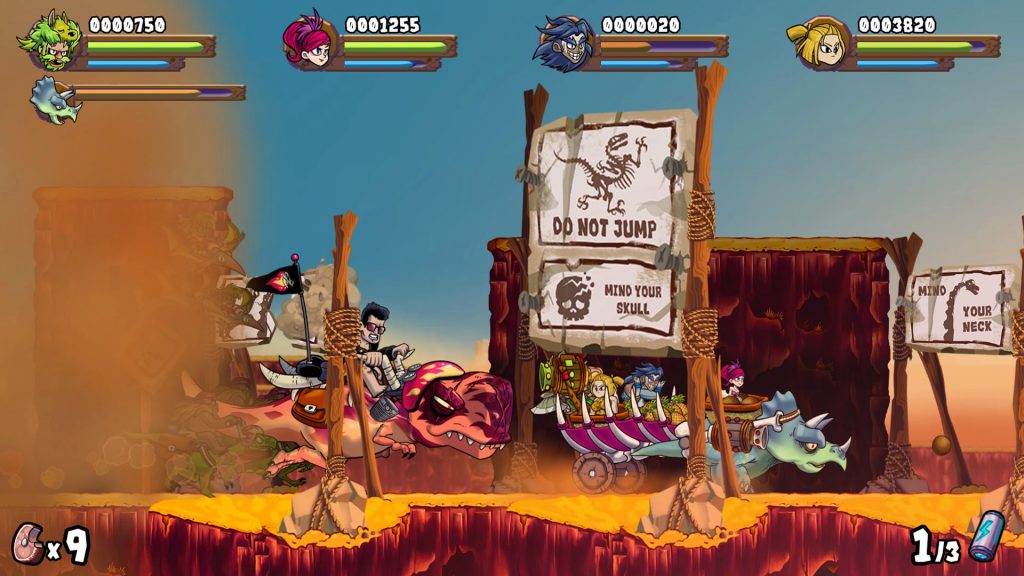 In this one you’ll find plenty of dinosaurs and other elements from prehistoric times as you play as a group of characters that wouldn’t feel out of place in The Flintstones! The story has no voice acting and is told through comic book style cutscenes that match the cartoony art-style for the in-game graphics.

The story includes alien abductions and a charming cast that goes out on an adventure through time. Along the way there are several enemy types that you can make short work of with a variety of prehistoric weapons, from a leg of something, to spears and more. Once I started playing, I fell in love with the game’s gameplay mechanics and charming humor. 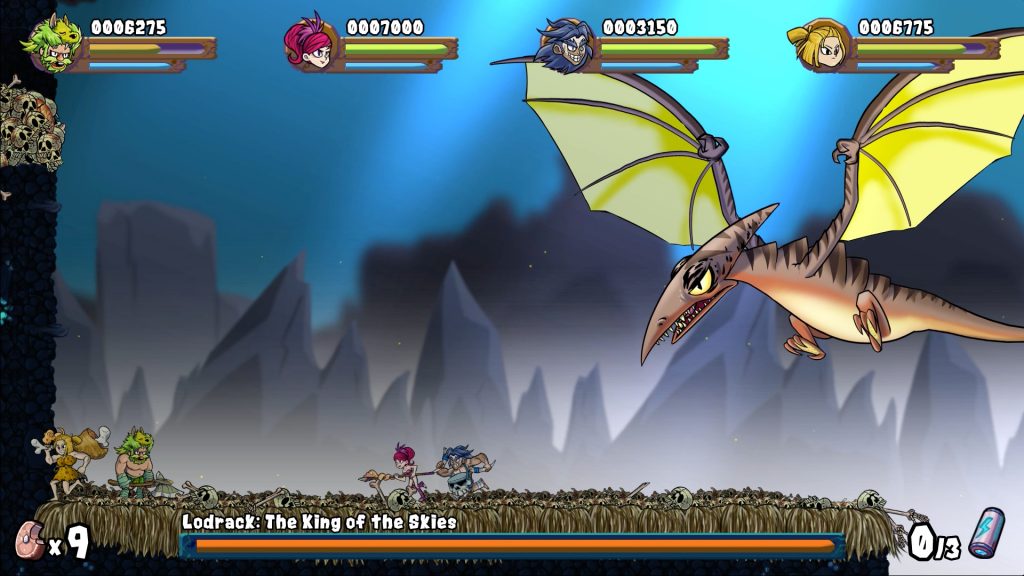 The combat felt very easy at the beginning since just one hit is all it took to defeat enemies, but the difficulty and challenge start to ramp up a bit after the first 10-15 minutes in the game. You’ll need to get good fast as you try to defeat enemies that require multiple hits along with smaller and faster enemies that can be defeat with a single hit, all while avoiding hazards. You can run, jump and double jump, so make good use of your abilities to stay away from danger as you defeat the large groups of enemies on your path!

The game has a boss at the end of levels, and you can’t just button mash your way through these battles. Boss battles, as was the case for old-school action releases like this one, require some patience as you learn the attack and movement pattern of a boss so that you can find their weaknesses. 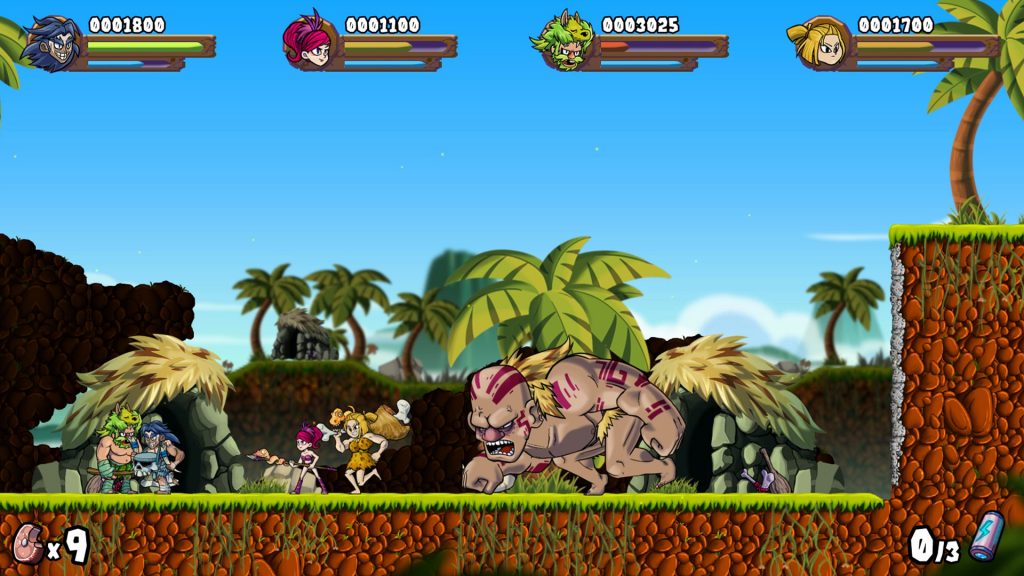 Some sections in the game are very fun, such as when you’re riding a Triceratops and fight other dinosaurs, or when you’re flying a plane to succeed in your adventure. This keeps you busy while on the ground or on top of a contraption or a dinosaur, making this a fun an action-packed released. The game offers a single player option or a local co-op adventure with some of your friends so that you can overcome some of the harder sections in the game.

Once you have finished the main adventure there are extra levels to take a crack at, not to mention a shiny Platinum in the end for all of your trouble – and if you want it you’ll need to complete everything on the hardest difficulty setting! 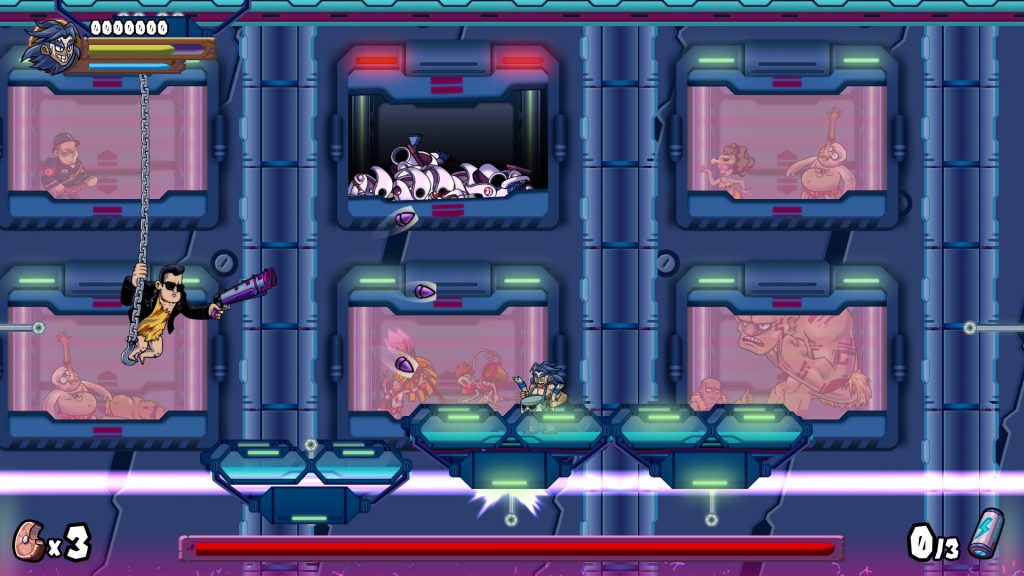 Caveman Warriors is a colorful, fun and charming 2D action game with a nice amount of content and plenty of replay value for you to play either on your own or with friend and family members, so be sure to download this one on PS4 today! 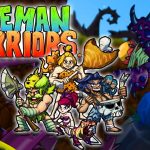 Disclaimer
This Caveman Warriors review is based on a PS4 copy provided by Jandusoft.

The Double Discounts Sale For PS Plus Members Is Live!