A Hole New World is a with some interesting gameplay mechanics thanks to a world that is split into two, the normal world and the upside down world which you can access by jumping down holes, hence the title. You can swap between worlds to get past obstacles and hazards, and along the way you will defeat enemies, large and small, with plenty of bosses to sink your teeth into.

Your world has been invaded by evil monsters from the upside down world. You play as the Potion Master, and your job is to eradicate the evil that split the world into two. As a potion Master you are the only one who is capable of defeating Lord Baduk abd that is your sole quest – defeat him and realign the two worlds that Baduk has created. 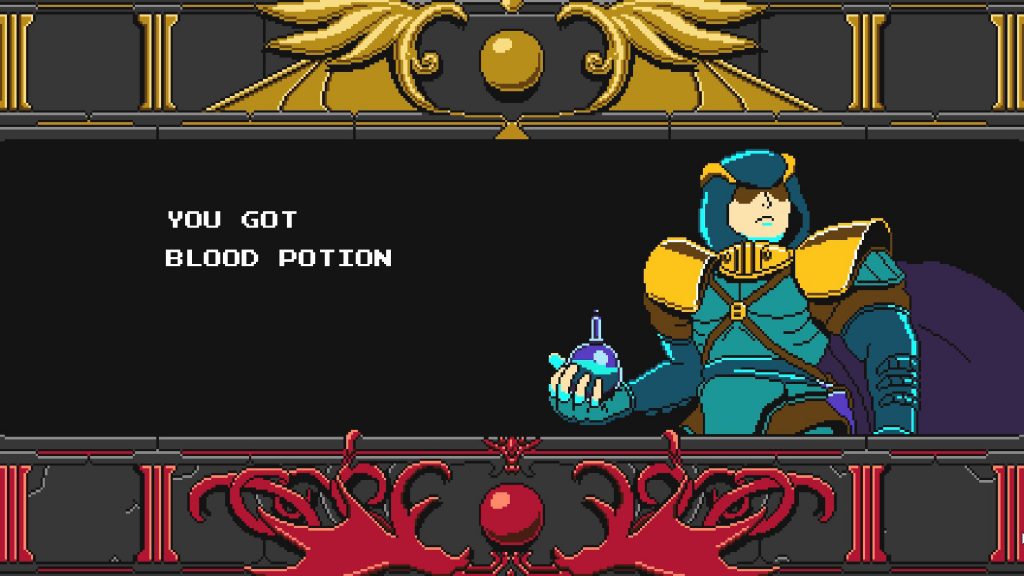 Mad Gear Games took A Hole New World to Kickstarter in the summer of 2015 with a small base goal of $8,000. The campaign managed to reach its main goal during the final hours thanks to the support of 390 backers, and the game has now made its way to PlayStation 4. It’s a game that is very easy to learn but hard to mater, with no over complicated features or control schemes. There are no tutorials, and no easy mode, making this a game suitable for players who know what they’re doing.


At the start you can jump and shoot potions at your enemies, and as you progress you will acquire different types of potions and can swap them out with great ease. The abilities to jump and shoot potions are tight and flawless which perfectly suit the game’s art style and setting. The control layout felt very comfortable and easy to access since it doesn’t use many buttons for its gameplay. 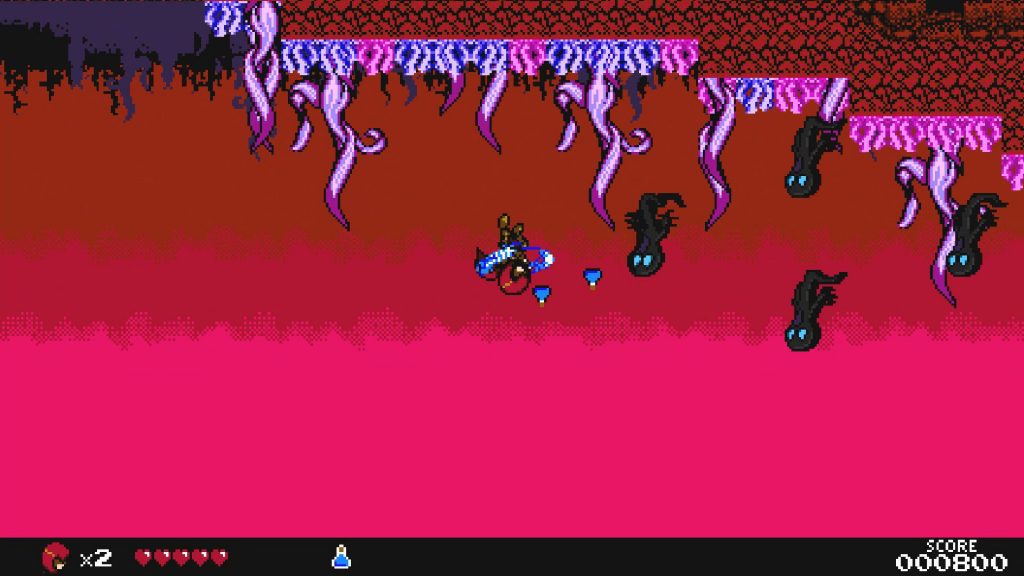 Along with new potions you’ll also unlock new abilities such as being able to summon lightning, fireballs, and more, as well as gaining access to the always important double jump – a skill that will be especially handy later in the game. The final levels will test your skills in full, making sure that you’ve learned everything there is to learn about the skills and attacks you’ve picked up along the way.

Along for the ride is Fay, a fairy who is the Potion Master’s sidekick, and she joins you on your adventures as you travel through five very different worlds. Fay can be very valuable in terms of support, and she can even revive you if you die! And you should expect to die A LOT, since the game relies on trial and error during every step of the way. 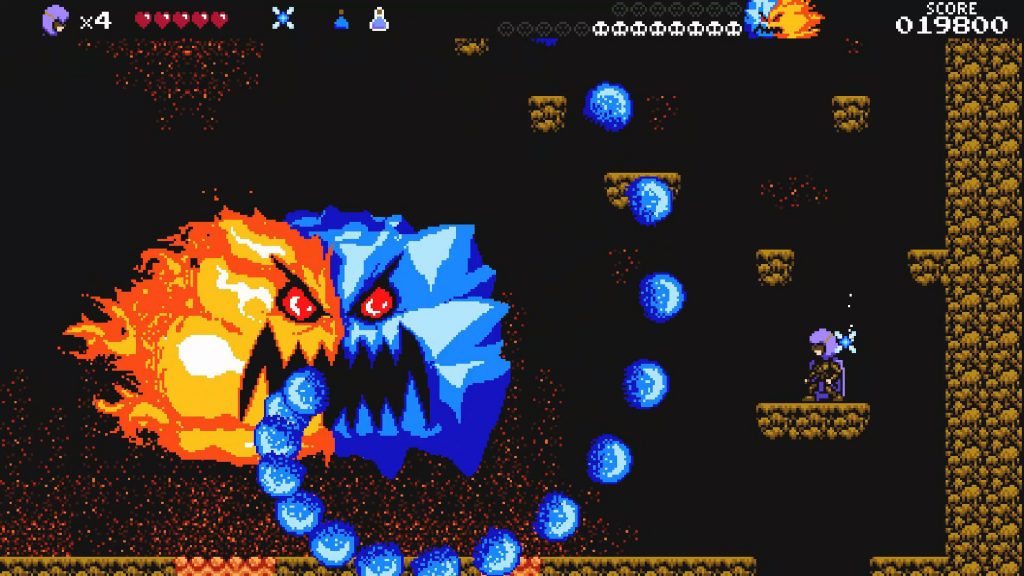 A Hole New World is a solid game with a ton of content to enjoy. Along with the main campaign you also have a Boss Rush Mode, a Challenge Mode, and different endings, thus increasing the replay value. There are also several NPC to find in each stage, not to mention trophies tied to it! I definitely recommend that you check out A Hole New World on PS4!

Disclaimer
This A Hole New World review is based on a PS4 copy provided by Mad Gear Games.