I first played Skyrim on the Xbox 360 years ago and, like many others, I spent dozens of hours of my life wandering around its buggy but fabulous world. I did have high expectation with this coming out on VR, so when I had the chance to review it, I jumped at the chance as any proper Skyrimmian would.

For those new to Skyrim, the plot revolves around the re-emergence of dragons, and your character is a ‘Dragonborn’ who is able to learn the dragons’ language and absorb their power. The plot is never important in these games though, as the real appeal is exploring the highly detailed open world and living your fantasy life however you chose, something which is obviously even more of a draw thanks to PlayStation VR.

The opening sequence is as it was in the original game with you being transported on a wagon. It was then that I noticed that the graphics were lacking some definition, with characters that are blocky and skin textures that are too dark, but I suppose sacrifices had to be made to get the originally release primed for its PS VR debut since it was not built from the ground up for VR. That being said, you can still do all the deep customization of your character as you see fit, from race, to war paint and more, which still feels nice even after all these years. 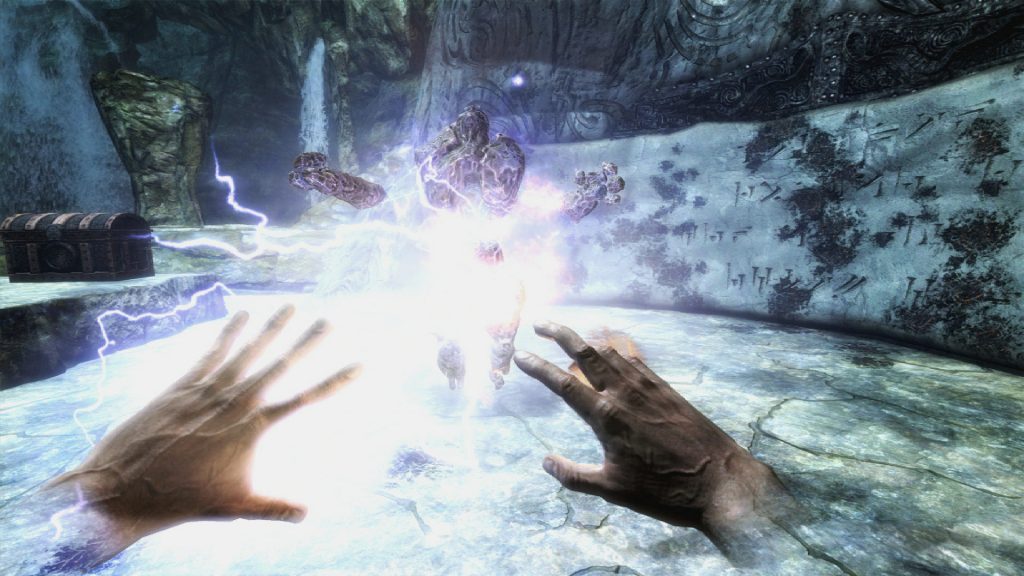 Your journey, it turns out, is set to end in a village in the northern region of Tamriel. You first witness how a fellow traveler is beheaded, and it is then you realize you’re next. As you’re taken to the chopping block to await the death dealer’s axe on the back of your neck, out of nowhere a dragon flies in and distract the guards before attacking the village, so you better make good use of the opportunity and escape along with another prisoner.

To control the game, you can use either the DualShock 4, pretty much as you would in the regular version of the game or you can opt to use two PlayStation Move controllers. The DualShock 4 might seem the obvious option but moving around freely is likely to cause at least a degree of nausea in most people, which I experienced myself so I had to limit my time to one hour at most with the game for each session. There is also a teleportation method that is usually how you play PS VR games so you can use the PS Move controllers for that and to hack and slash your way around the virtual world as you also launch magic attack spells. 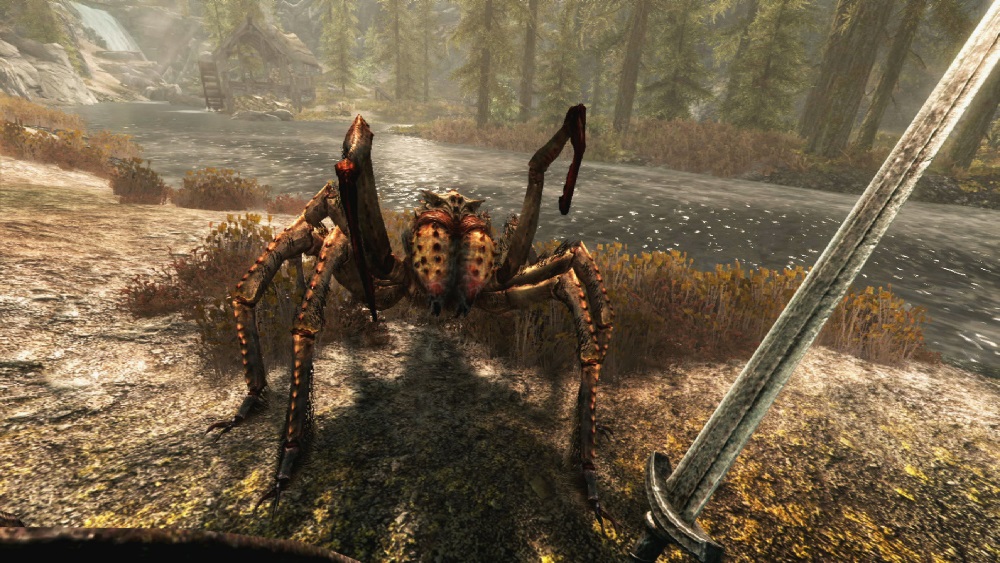 When it works, it is great, but waving around the sword feels weird at times, and the bow and arrow barely works half the time since the game has trouble with identifying movements properly. I personally can’t stand the teleportation movement option in VR games, so I went back to using the Dualshock 4 so that I had direct movement and control. Although the movement takes some getting used to, I found that I could aim the bow far better using my sight thanks to the VR immersion when compared with my time with the game back when it originally released on Xbox 360 and PS3.

I love the Elder Scrolls series, and I did have high expectations for this particular entry in the series seeing a VR release, but I think some extra work is needed for Bethesda to deliver a game that adds a new dimension to our adventuring. The VR certainly breathes new life into an already excellent series, but while VR has plenty of pros for a game like Skyrim, it also adds some cons to the list. Some of the loading sequences when heading into certain areas seemed to take ages to end, which is odd since I was playing this one with the added power of my PlayStation 4 Pro.

The problems around graphics and sound plus the obvious control issues seem to point toward the age of the technology used in Skyrim itself since it’s apparent that a lot of effort has gone into trying to compensate for it. I think this game, even with all its quirks, should be experienced on PS VR, especially if you’re a Skyrim fan since it makes for a very interesting experience. 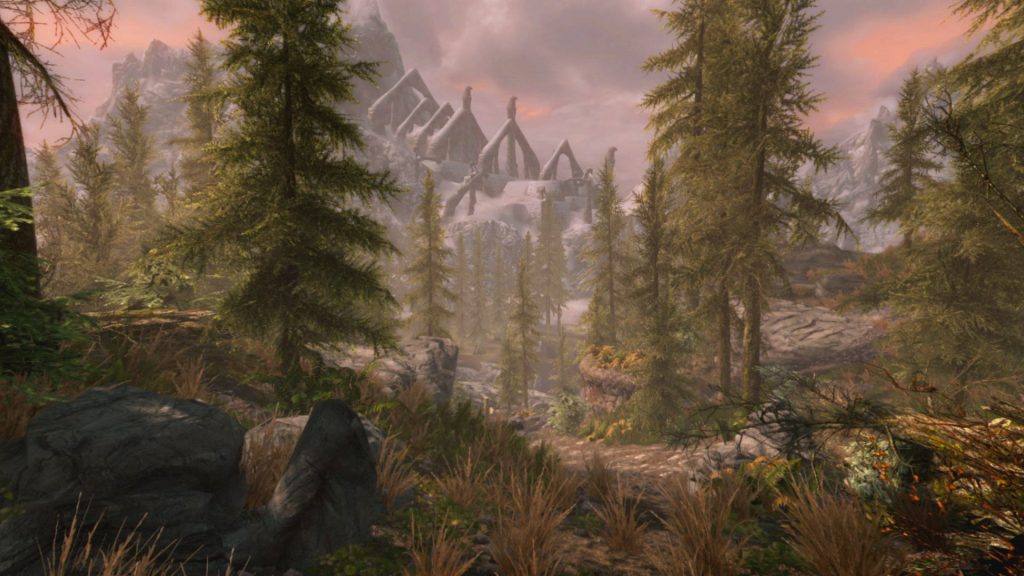 The The Elder Scrolls V: Skyrim VR has brought something new to the table. It was pretty awesome to actually feel like you are part of the game, and the world of Skyrim now feels vast, varied, and like an actual genuine place thanks to the power of VR. I would have given this one a solid eight if it wasn’t for the obvious issues with the game’s graphics and the clunkiness of the controls, since it has all the DLC built-in from the start which is a nice bonus.

Disclaimer
This The Elder Scrolls V: Skyrim VR review is based on a PlayStation VR copy provided by Bethesda Sotfworks.