Based on the conflict that occurred between the Celtiberian tribes of Numantia and Rome in 153 BC, Numantia is a turn-based strategy game developed by Recotechnology S.L. Learn more in our Numantia review!

Upon starting the game, you’ll have to choose between the two different campaigns that are available. The first one will allow you to relive history from the perspective of the tribes of Numantia that were trying to prevent the Roman invasion. The other campaign allows you to see the story through the eyes of the Republican army of Rome, as it tries to expand its territories.

When you’re not in battles, events will be available for you to review the story’s progress, with characters interacting regarding ongoing events, and sometimes you’ll need to make choices on said matters. While some will not change the story, others will have impact on current and future situations. For example, you’ll be able at one point to either kill the enemies you captured to send a message or negotiate a trade to receive some much-needed resources. I won’t spoil the impact of the decision, but that’s just an example of the kind of choices you’ll have to make while playing. 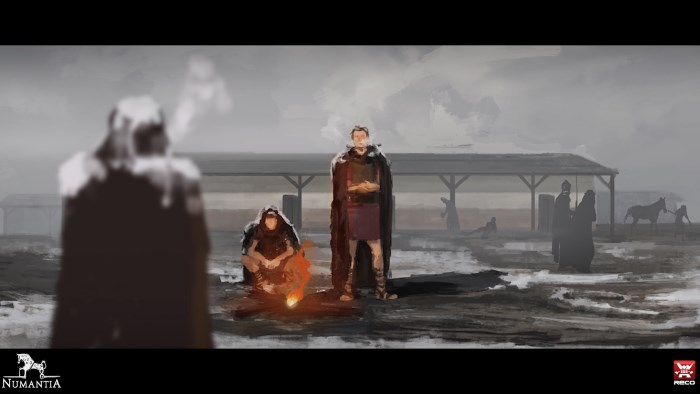 As for battles, they use a rather classic turn-based formula, where you’ll be moving your units around the map on hexagonal spots, positioning yourself to be able to flank enemies while, obviously, trying not to get flanked. Your possibilities while moving around the map are clearly identified when you take control of your units; you can move freely in all the blue highlighted spots, and moving into yellow spots will be possible but will lower the morale of your troops. Morale is an important aspect of how battles play out, as it will either affect your units positively or negatively depending on if you keep your troops together or if you send them on their own against enemies. There are a lot of different unit types that you’ll be able to recruit and use in battles, which will add some interesting depth to your battle preparation, as they all have their strengths and weaknesses.


Speaking of unit types, outside of battles you’ll be able to manage your troops in your base camp. Battles allow you to gather resources, which can be spent in your camp to purchase units that you’ll be able to use in battles. Since resources are not unlimited, you won’t be able to purchase everything you want, so again the decisions you make are very important and will make a difference. Perhaps disbanding a unit to allow you to have the resources needed to recruit another one will be the right call? 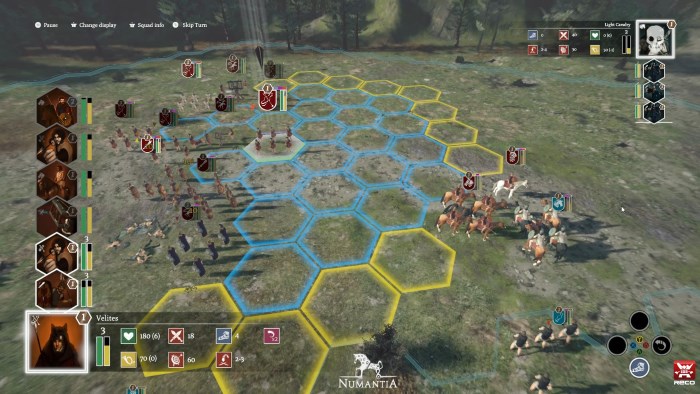 Visually, the battle maps are flat textured hexagonal spots, with your units represented by a couple of soldiers (the more your health goes down, the more soldiers will fall) standing on their spot. There are a couple of objects here and there on the map and surrounding it, but that’s pretty much it. I’m not sure if I was glad that the focus was on the battles themselves or if the maps were a little too bland to make the visuals really attractive. There’s a nice feature that allows you to zoom in close enough to see the units fighting when they attack, and I would have liked the possibility to have the camera follow the attacks (don’t expect to be able to see the throw from units that throw spears, or the hit, unless both units are really close).

The Numantian conflict is not one that I had heard of before, and since I’m a big fans of games that are based on historical or cultural things (I’m thinking about the excellent Valiant Hearts or Never Alone), I really enjoyed discovering how the conflict evolved. Being able to relive it from both sides was also a pretty good thing because we all know that most of the times history is only told by the winning side. The unit management with the scarce resources you find was also an interesting way of handling your units, different than what we are used to for turn-based strategy games like Final Fantasy Tactics or Rainbow Moon. 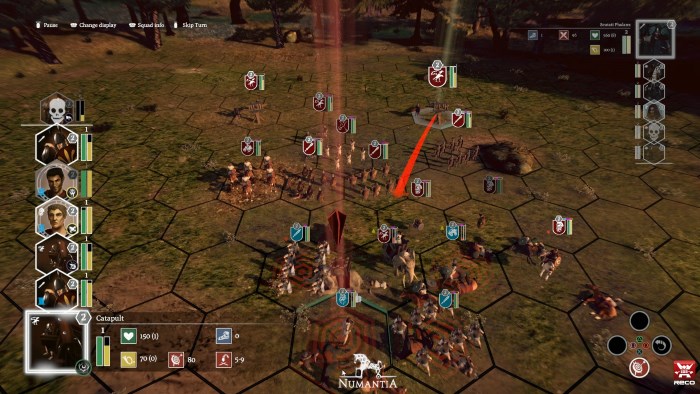 Then there were the battles. In the very first battle you do after the brief tutorial, you’ll quickly realize they haven’t told you all there is to know about the mechanics of the game. You’ll be trying things with the buttons, doing things that you’re not exactly sure how to do, and then you’ll continue to attack your enemies. There are a couple of times where I had to start battles over, and while I didn’t really change anything in the way I played, something made the difference to allow me to win. The morale seems to be affecting a lot of things in battle, so that was probably a key change.

As far as trophies go, I think this Platinum will be a hard-ish one to get. Not that easy, as you’ll have to complete at least one campaign on expert difficulty, but the rest of the trophies are mostly story-related for completing both campaigns. There are a couple of trophies though that are tied to making both decisions when you are presented with choices, so unless you want to do three of four playthroughs, some save game management will be required to get all trophies without having to start fresh runs. 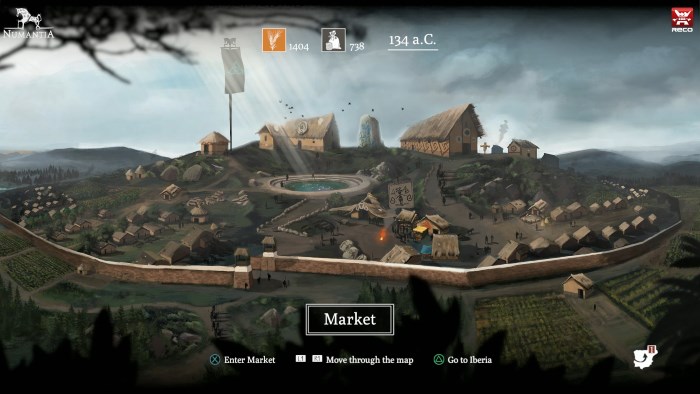 Final Thoughts
Developer RECOtechnology S.L. has done a pretty good job at showcasing a story that is probably not known by a lot of people, and they deserve a lot of praise for this. The gameplay is not as spectacular or polished as I would’ve hoped it to be, but in the end, I think Numantia has an audience with people that are into games based on historical conflicts.

Disclaimer
This Numantia review is based on a PlayStation 4 copy provided by Recotechnology.