Developed by the two-man team at The Vanir Project, Nightmare Boy is a Metroidvania game set in the twisted land of dreams and nightmares. Will you stay in the nightmare or will you want to wake up? Check out our Nightmare Boy review find out!

After seeing his pillow turn into some magical creature, Billy, our young hero, is transformed into Nightmare Boy, setting out on a quest to find that pillow so that he can wake up from this dream. You’ll quickly realize there are a lot of problems going on in the land of Donorok: Dreamers are trapped here and can’t wake up, Monsters and Mongos (cute little furball creatures) are fighting each other, and the King has gone missing.

You’ll be roaming this land in classic Metroidvania style, looking for people that can help by granting you additional powers and skills, if you manage to be on their good side… Yes, you read that well, there are some choices to be made that can have an impact on who will help you or and who will ignore your quest, pretty much like what we see in Telltale Games’ releases. For example, at one point I met someone that told me about his brother, who I had unfortunately killed a little earlier. I was presented with the choice of hiding my actions or telling him the truth (which I did), and so he decided not to help me, and I missed out on this support. 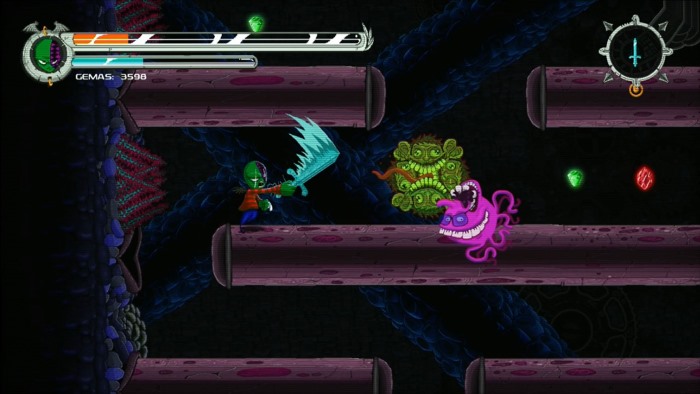 Visually, the game has a nice retro-inspired look, reminding me a bit of the 16-bit releases in the Castlevania series. While the setting is dark, characters and enemies are more than colorful, almost as colorful as those you’d see in a Rayman game. Your character and the enemies really stand out from the landscape, making the game a pleasure to look at.


After starting the game, I was already liking Billy, turned Nightmare Boy, for his slightly spoiled attitude, as I tried to escape this nightmare. I selected the easiest difficulty setting out of the options, and I was quite enjoying my time killing evil dwarves and floating pigs heads. I was even thinking about that one trophy for completing the game without dying, which I figured I could end up getting with ease. And then I got to a small platforming section in which I ended up dying. A lot. That meant the dream of completing the game without dying was gone, and this was made very clear by another couple of platforming sections in which I ended up dying in a similar way. 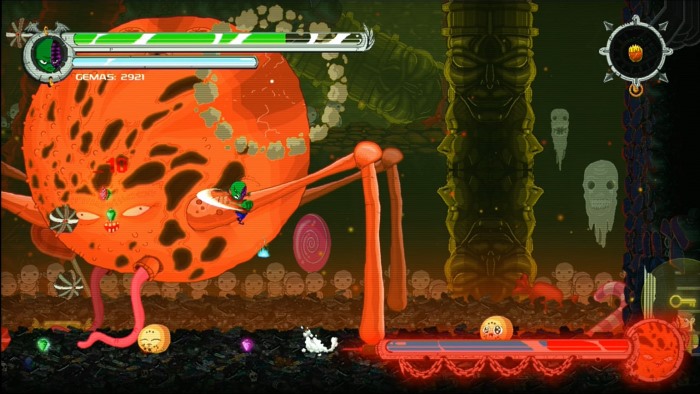 An aspect I didn’t really appreciate, even though it’s nothing major, is how the save points were scarce throughout the map. You could go a long way before your next encounter with Death, who saves your game at the cost of $20 more than the last time you saved, so if you happen to die, you start from a long way back from the point where you met your end. Combine this with the bumped up difficulty for some platforming sequences, and you’ll end up doing a lot of unnecessary walking and jumping that could’ve been avoided with a different respawn system.

Other than that, the game is a lot of fun to play. The enemies are all twisted and weird, which perfectly fits the setting since, you know, we’re in a nightmare. The bosses in the game are challenging but not unfair, and one of them, in particular, felt like a very epic battle – I’m sure you’ll think the same once you run into it. There’s a lot to explore and plenty of things to find during your quest as you try to save all the children and find all powers and upgrades, in the typical Metroidvania style. 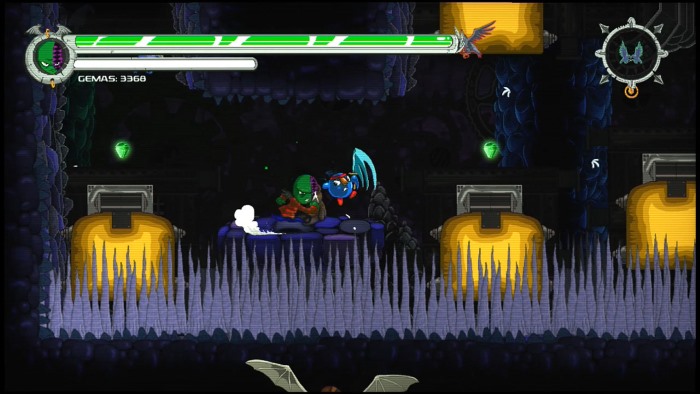 From a trophy hunter’s perspective, this one could prove to be a challenge. There’s a lot of trophies related to fully exploring and finding everything there is to find, which is pretty much standard, but then there’s that trophy I mentioned earlier for completing the game without dying. That last trophy almost goes hand in hand with another one that asks that you complete the whole game without saving since, if you want to complete it without dying then there’s no need for save points, right? 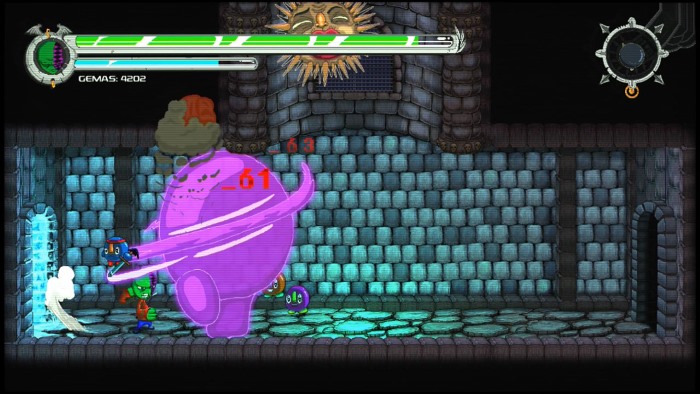 In the end, The Vanir Project have done a good job at implementing a well-known formula with Nightmare Boy. The game is a lot of fun to play, has a great looking and original art style, and can be both fun for casual gamers as well as hardcore ones looking for a challenge.

Disclaimer
This Nightmare Boy review is based on a PlayStation 4 copy provided by Badland Games.