Demon Gaze II, the aptly titled sequel to Demon Gaze, is now available for PlayStation 4 and PS Vita. Learn more about it in our Demon Gaze II review!


Demon Gaze on the PS Vita is a fun dungeon crawler for Sony’s portable, and now that its sequel has popped up on PS4 and Vita, it’s time to see if the second one is better than the first one! Right from the start, I can tell you that the graphics for Demon Gaze II are better, more colorful and even feel a bit more dynamic, but I do have to mention that this is also probably because I got to review the PS4 version of the game.

If you have never played the original Demon Gaze, it doesn’t matter since you can dive straight into Demon Gaze II without any prior knowledge of the series, and that is a great thing. When you first boot up the game, you will start by creating your character, which is going to be pretty important. You can choose three character traits: Good, Neutral or Evil. With Good traits you will learn defensive skills, with Neutral you will learn a good balance of defensive and offensive skills, and with Evil you will lean more towards offensive skills. Choosing the right trait will depend on the type of playstyle you favor. 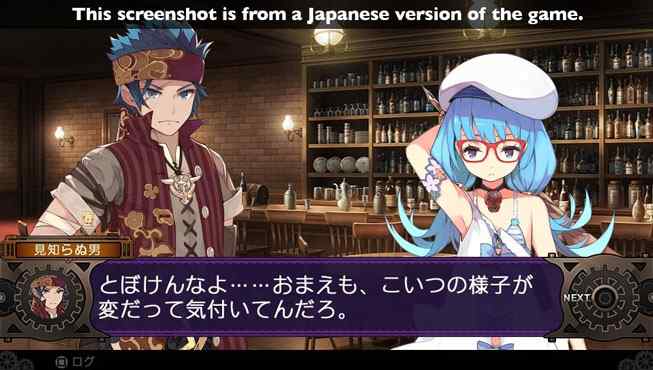 Demon Gaze II is set in Asteria, a very prosperous city… but despite that, all is not what it seems! You wake in a dungeon which has a steampunk theme, loaded with copper pipes and cogs and stonewalls. You have been promised a job, despite you not having any idea of who you are or how you arrived at the dungeon in the first place. You go in search of this ‘job’ in the hope your memory will return. What will happen in this adventure? You’ll need to play the game to find out! I’m not going to spoil the story for this one!

Demon Gaze II a dungeon crawler, and a very fun one at that! You will explore each dungeon from a first-person perspective, and the map will autocomplete as you move around, much like it did in the first game. As you explore you will find plenty of loot, and loot is definitely needed so that you can stay on top of things and secure the right gear for your adventure. Along with exploration, there is a big focus on demon hunting, not to mention on the Maintenance mode in which you can bond with demons and learn more about them. 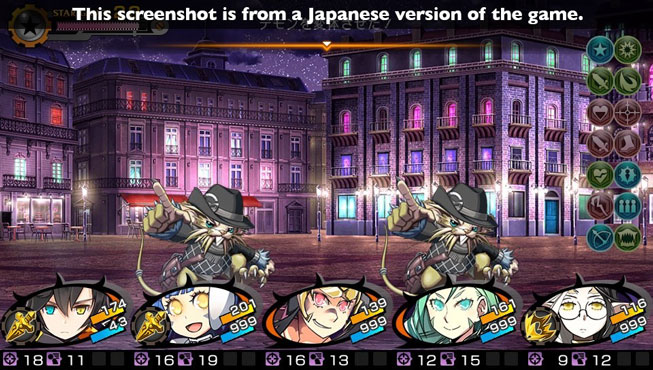 When you defeat a demon, you will be able to summon that demon to fight alongside you in future battles, a gameplay mechanic that makes the series stand out from most dungeon crawlers. Demons are very strong with very powerful abilities, so they will come in handy and can help to turn the tide of battle. You do need to be careful since there are some limits to how you can use them – I would recommend a push to use them during though boss battles.

The combat is pretty standard turn-based fare since you pick your actions from a menu and take it away. You and your enemies take turns and have a nice back and forth until you defeat the enemy party… or they kill you. You also have the option to see every action an enemy makes or you can speed up battles, whichever floats your boat, but I chose not to skip any of it – the animations was wonderful to watch. The whole game is very solid, with great graphics, solid gameplay and very good music. 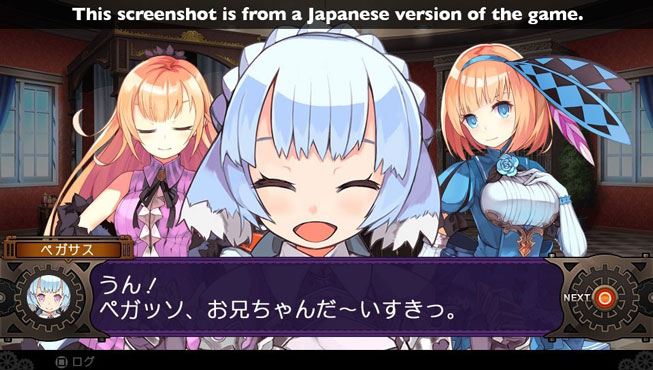 Demon Gaze II is a must-have for fans of dungeon crawlers. It’s an excellent release on PlayStation 4 that expands on what was done by the first game in the series. It’s charming graphics, tight controls, and solid gameplay mechanics, and the huge amount of content make this a game that will not disappoint you.

Disclaimer
This Demon Gaze II review is based on a PS4 copy provided by NIS America.

Far From Noise Out Today On PlayStation 4