Ace of Seafood is a release with a weird premise: what if sea animals could fight each other with phasers and lasers? As you can imagine, this release is different from what you usually play on PS4, so read our Ace of Seafood review to learn more about it!

ACE OF SEAFOOD is an action game where you can form a party of up to 6 fish, crustaceans etc. and scavenge the depths of ocean while battling other life forms and increasing the strength of your own forces. Fish, crabs, squid, sharks, seals… even warships. Open world level design lets you freely explore the sea, taking control of a wide variety of life forms. As you win more battles, you will gain access to more unique and powerful lifeforms.
By the way, life forms in this world have the ability to shoot powerful laser beams that can destroy pretty much anything.

As you start Ace of Seafood, you will be asked which type of aquatic beast you’ll be. You can select between five different choices – Sardine, Mackerel, Shrimp, Salmon or Lobster – each one with its pros and cons so that you can make a choice based on that info. One thing that I noticed is that the game refers to them as “Seafood” instead of fishes or aquatic life-forms, which is funny because seafood is what we use to call said animals since, you know, they’re food. From the sea. Anyway, I chose to start my game with a shrimp since they’re “fast and delicious” – actual in-game description for said shrimp. 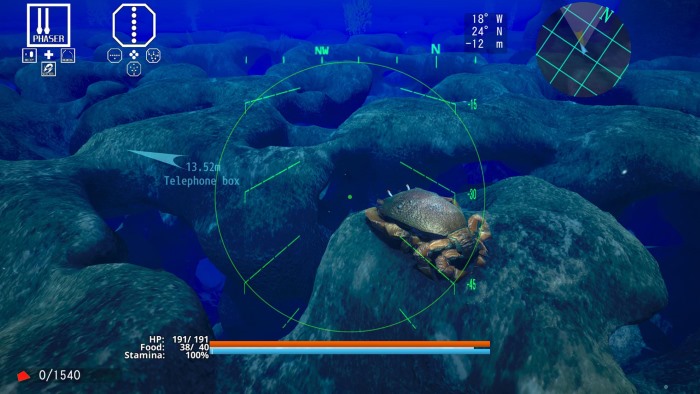 You will then begin the tutorial, and you better pay attention due to the game’s unusual control scheme. Once the tutorial is over, you can start playing the campaign. The game is REALLY confusing, even after completing the tutorial. Your chosen aquatic friend will be on a campaign to be the master of all 42 reefs available in the game. Honestly, I initially thought that the exploration factor was cool, even though the overall size of the whole explorable world is… relatively small. The upside to having a small world is that the different points of interest aren’t really far from one each other. 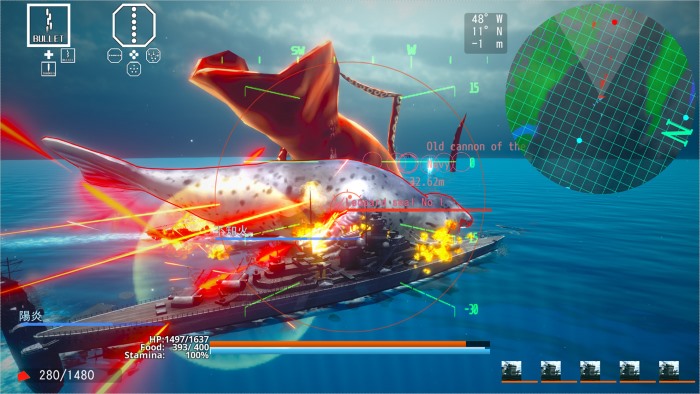 After discovering each reef, you can go the game hub to solidify your army. You can create new fish units by breeding them using the various DNA sequences you get once you destroy enemy seafood, and you can have up to four different combinations that can be brought onto the battlefield. That also means that your army gets stronger with the more enemies you destroy. 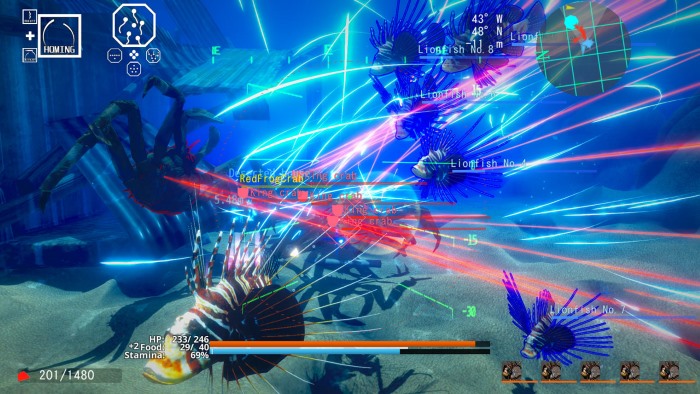 Now let’s go to the gameplay. You have a few different silly attacks that would not be out of place in a space shooter: these include different types of lasers and phasers you can use to destroy your enemies. On that note, combat is one big mess. Fighting even one enemy is hard, with the camera not helping and the imprecise shooting getting in the way of any enjoyment you can have with this one. Even if an enemy is literally a few feet in front of you, it’s really hard to hit it! I can definitely see some players rage quitting the whole thing. 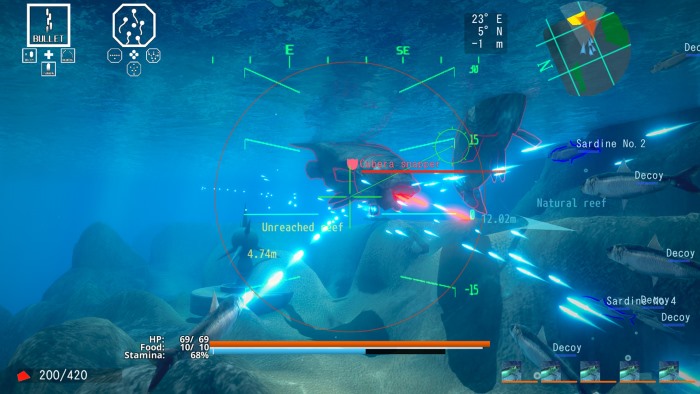 As for the game’s presentation, I thought that the background music was catchy but felt repetitive as I was playing. The environments are nicely done, and you can destroy some of it here and there, which is a plus, but I thought that the game hud was too packed and helped render the game more complex than it really is. Also, as a side note, here’s a screen capture of the first trophy I achieved, which contains a typo. Can you spot it?

Final Thoughts
Ace of Seafood is a weird Japanese release which has a lot of flaws, the worst being the actual gameplay and how you control things. The camera will be your worst enemy, and aiming at enemies could definitely have been way better. I’d suggest you avoid this game unless it goes on sale and you really want to try a weird game that only gets weirder as you play more and more.

Disclaimer
This Ace of Seafood review is based on a PlayStation 4 copy provided by Playism.