[Beyond PlayStation] This Is The Police Review


This is the Police has you play as Jack Boyd who is in charge of the police department. The goal is simple: you have 180 days to get half a million dollars… by any means necessary. You’re retiring soon, whether you like it or not, so you’ll need the money to carry on with your life. You’ll therefore need to take on the action in Freeburg City, as well as get in on the action, if you feel inclined to do so.

Your first day on this final adventure, a Monday (of course), starts on the day after you turn 60 years old. You’re due to give another press conference in which, in theory, you’ll end up telling the same lies you always tell while, deep down inside, you know what is true. It is here that you’ll start to carve your own path to retirement by selecting the topics you’ll discuss with reporters. Do you tell the truth? Act polite as to not ruffle someone’s feathers? 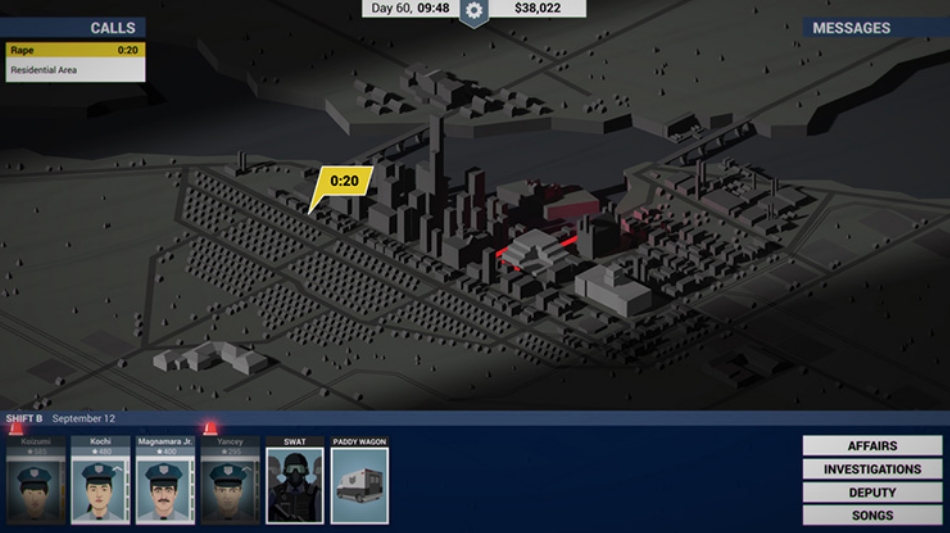 Once back at the office, you’ll be greeted by Emma, your secretary, before taking a solid dose of painkillers… you know, before lighting up a cigar. All is going well until the Mayor decides to pay you a surprise visit. He makes it very clear you should lay low and not try anything funny over the next 180 days so that you can go away as a hero, as someone the people like… or else.


After this, you will get to play every day of your final stint as police chief, and you’ll be reminded of what you decided to tell reporters during the press conference after reading the headlines for the day’s newspapers. If you feel like you’ll magically know how the game works, you can casually tell the game to mind its own business and skip the tutorial…. But I wouldn’t advice that. 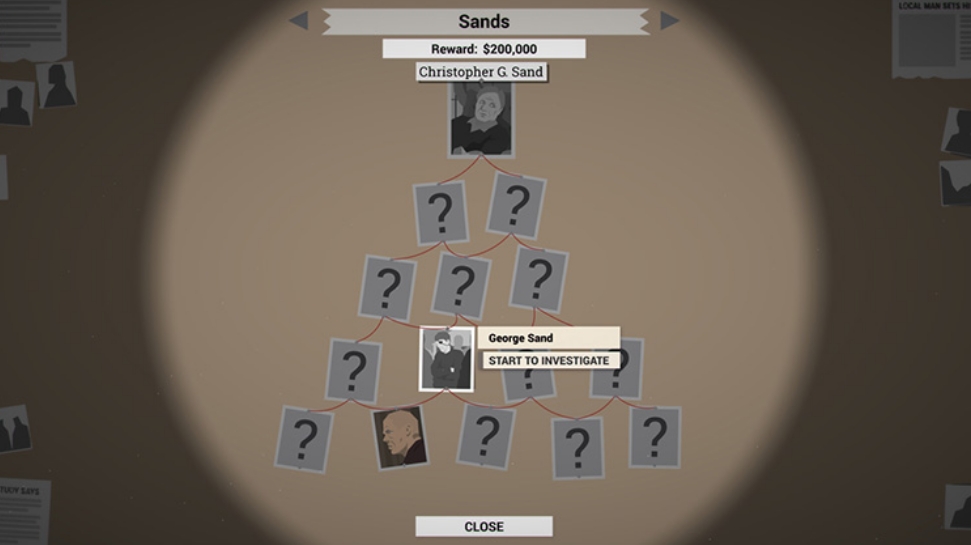 You need to learn about setting shifts for police officers to respond to crimes in progress, as well as for detectives to carry out their investigations. You’ll need to assign members to each shift as needed based on their stats and skills. You need to consider their professionalism which shows how good they are at what they do. Then there’s the energy meter which will let you know how tired your officers are at any given time, and the lower their energy the easier it is for them to make mistakes – they will lose one point of energy for each day they work, and will regain one point of energy for each day they rest. You’ll also have to pay attention to your employees’ behavior since they’re human after all and some of them are bound to screw things up or to find and excuse to not work.


You’ll control the day to day in real-time from a scale model of the city. You’ll need to respond to calls as soon as a timer shows up while keeping in mind that the further away a mark is from the police station, the longer it will take officers to travel there and back. You could respond to a hit and run in which a bum has been injured, or to a call from someone who has spotted a dangerous criminal he/she had seen on TV. After assigning police officers to each call, they will go over to the location to try and solve things. If all goes well, they’ll catch the criminals and nothing more will come of it… but sometimes things go very wrong and the bad guys get away – and if things really go bad, some of your police officers or even civilians might end up dead! 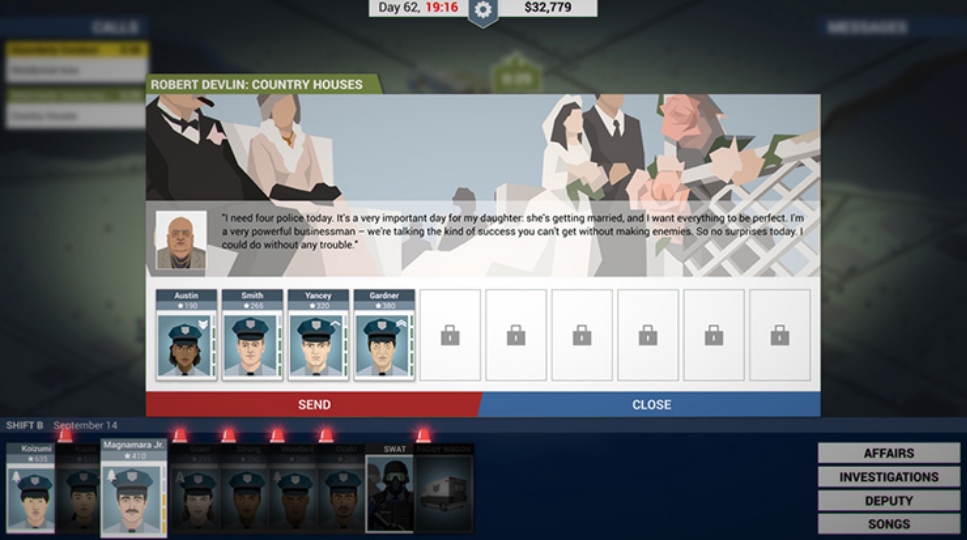 If your officers are not sure about how to proceed in a given situation, you might get a call and be asked to handle the situation. You’ll get to decide how things are going to play out, so choose wisely! The right choice can mean you get to apprehend the criminal(s)… but the wrong choice might end up with blood on your hands. If you don’t have enough officers to take care of things, you won’t be able to survive.

As you play you’ll be able to promote officers by giving each of them stripes. Promoting an officer will raise his/her rank, as well as their moral, which is a definitely a win-win. You do need to be sure that someone actually deserves the promotion, or else you might end up sending the wrong message to your team. You’ll also need to balance out your team, firing those who aren’t doing it right and hiring new (or old) blood. If you have legal grounds to fire someone, you’re set. But if you don’t, things could get ugly. 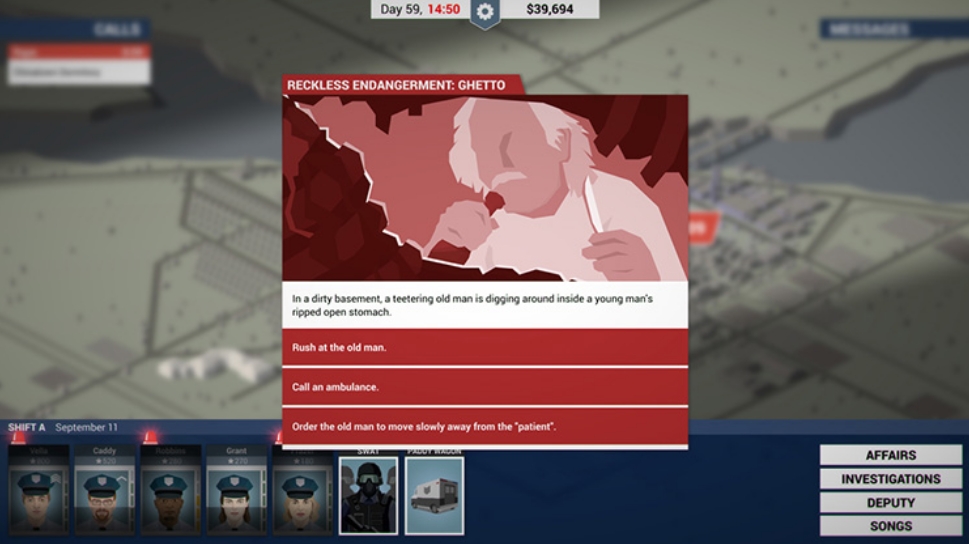 When suspects get away from the scene, detectives will need to jump in and do their thing. Detectives will investigate a crime scene, interview witnesses, gather information… the works. You’ll need to assign a detective as lead for the case, but you can also assign additional detectives to help as a team. Your detectives will present you with frames that show different versions of how things might have gone down. You’ll need to decide the proper order of events so that things make sense.

Every now and then you’ll get a job or two sent your way so that you can help others help you help them help you… if you know what I mean. You might get an offer to send one of your officers to act as the bouncer for a club, and doing so will reward you with some cold and cool cash. Just, you know, be careful about who you send for a job because you might end up in trouble, or lose an officer if the pay at that on the side gig is better than at the police station. 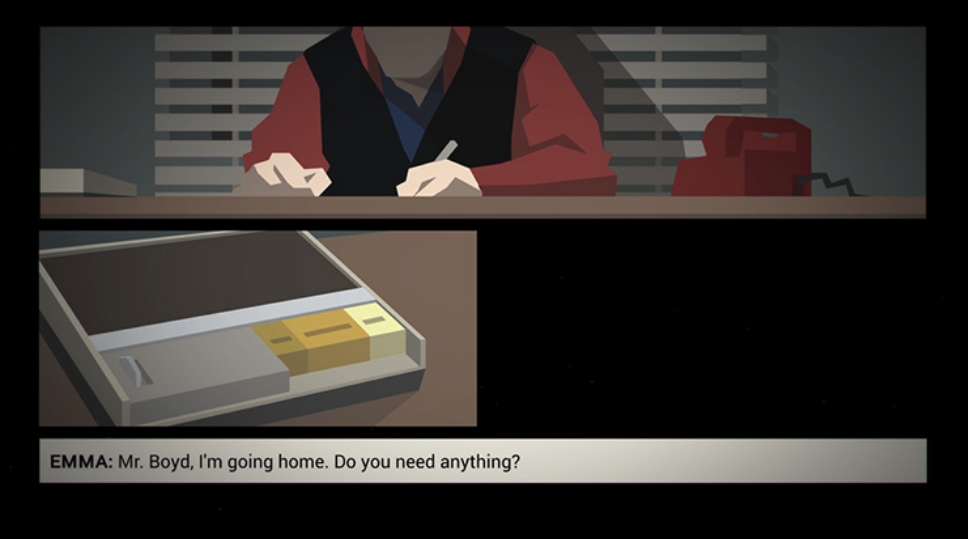 This Is the Police is a fun game on Nintendo Switch with a minimalist look, an interesting story, and entertaining gameplay mechanics. The price might at first seem high, but rest assured that this one has more than enough content to justify its asking price. If you’re more into purchasing physical copies of Nintendo Switch games, you can do that when This Is the Police releases at retail on December 5. 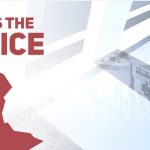 This Is The Police Review

Game title : This Is The Police

Disclaimer
This This Is the Police review is based on a Nintendo Switch copy provided by THQ Nordic.

Play For Honor For Free During November 9-12