While minding your own business, you (Squareboy) are attacked by a pair of bullies for no reason. After being injured, you will be transported to a dojo to be trained by the wise and powerful sensei. It is here you learn the basics, such as moving around with the left analog stick or the D-Pad, as well as using the B button to attack and the A button for jumping. After learning the basics in the dojo and practicing on some dummies, you’ be asked to check the move list on the pause menu to learn more. 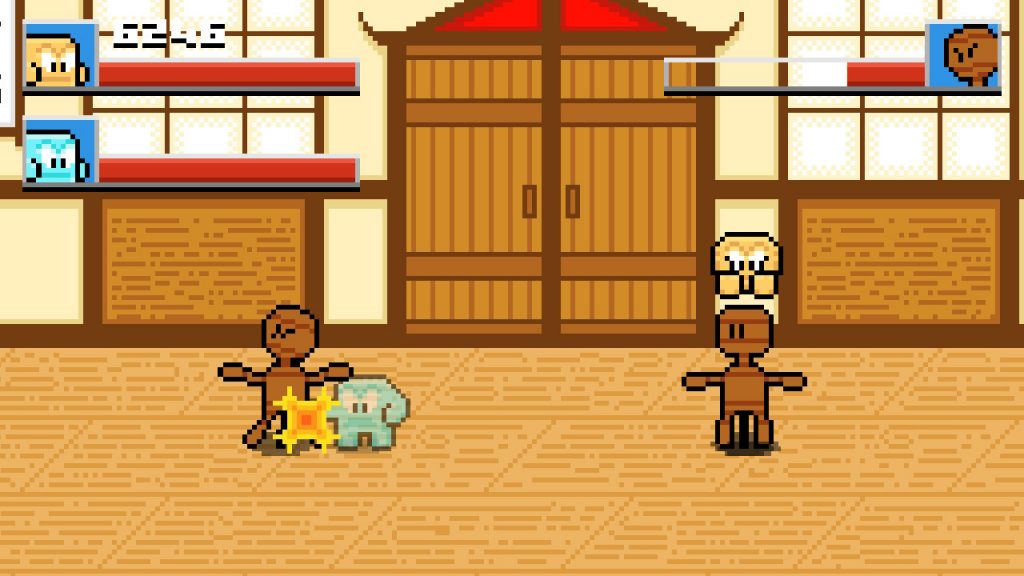 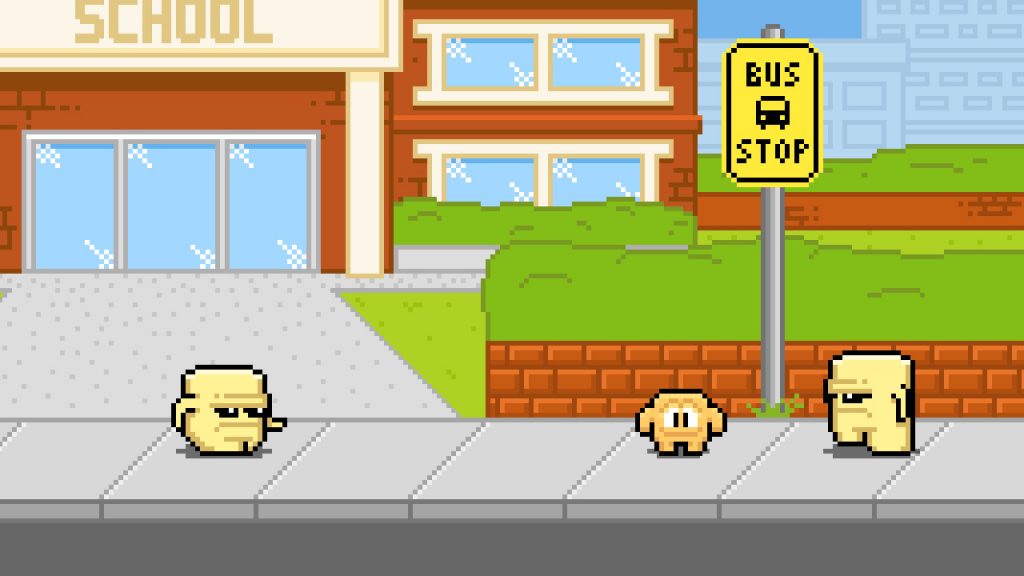 There isn’t much variety in the game’s enemies since they all are based on the same basic square model, with the only changes to their appearance being adding a mohawk or a different hat. Some enemies will have a projectile attack, such as a circular bullet or a hammer, to attack you from a longer range, so you will need to watch for that. Enemies with hats will also take more damage before they are defeated, so be ready to juggle groups of enemies who will all attack at once with short and long-range attacks. 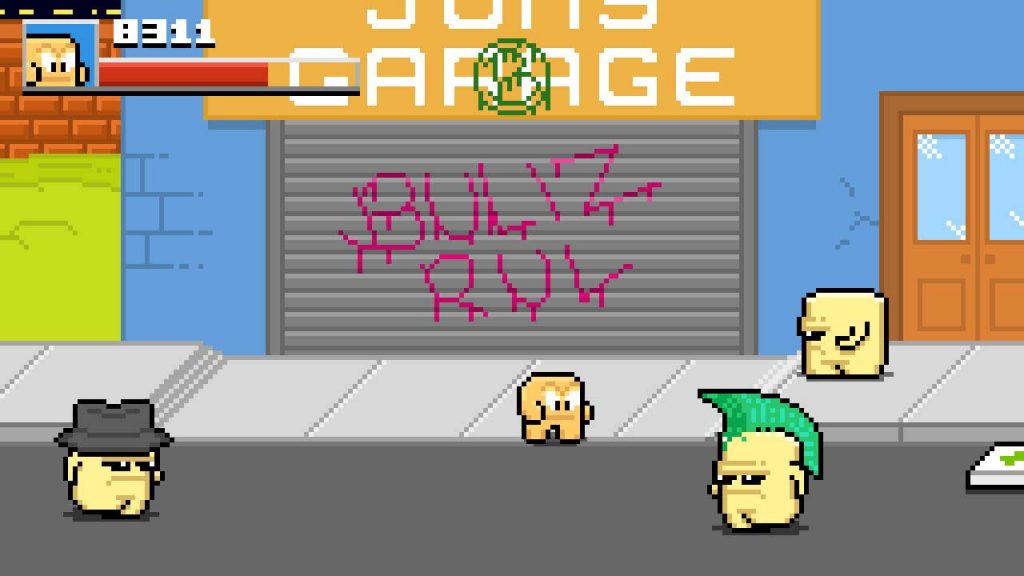 The game includes a single player campaign as well as a co-op mode, so that you and a friend can take to the streets to make things right. There is also an arena mode in which you will enter a single screen stage in which you’ll need to defeat as many enemies as you can before they end up depleting your health bar – it’s pretty much an endless mode. To unlock the next playing area you will need to defeat a minimum number of enemies on the previous arena. Each of the subsequent stages will be harder than the previous one, so be ready to find tougher enemies and in larger numbers. 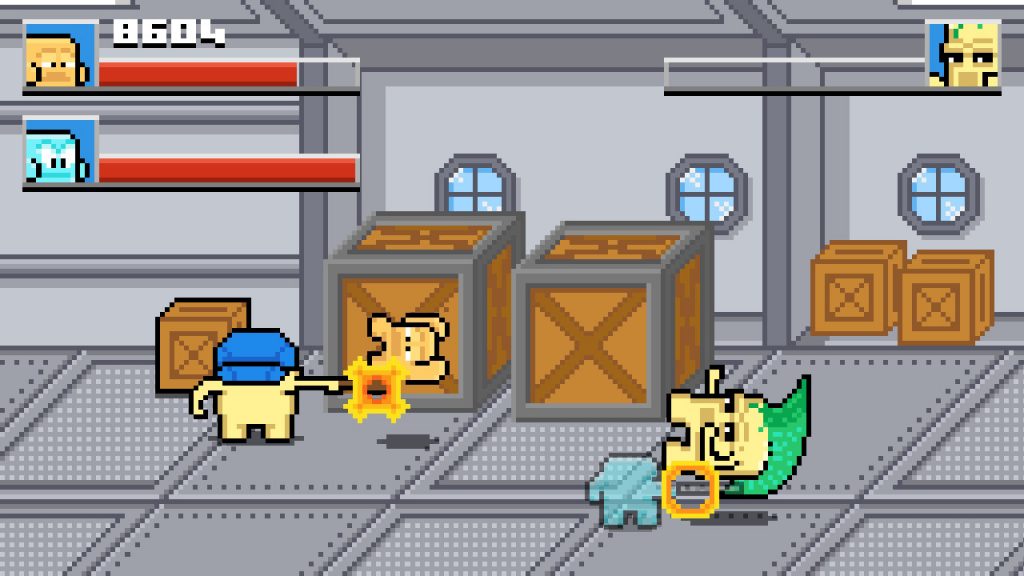 Squareboy vs Bullies: Arena Edition also includes a set of achievements to complete for things such as opening your moves list from the pause menu, hitting an enemy with a strike combo, hitting an enemy with a dash attack, throwing an enemy, using a baseball bat to deal considerable damage to an enemy, for defeating 10, 100 and 300 enemies, etc. You’ll probably unlock most of them if you play the game from start to finish. 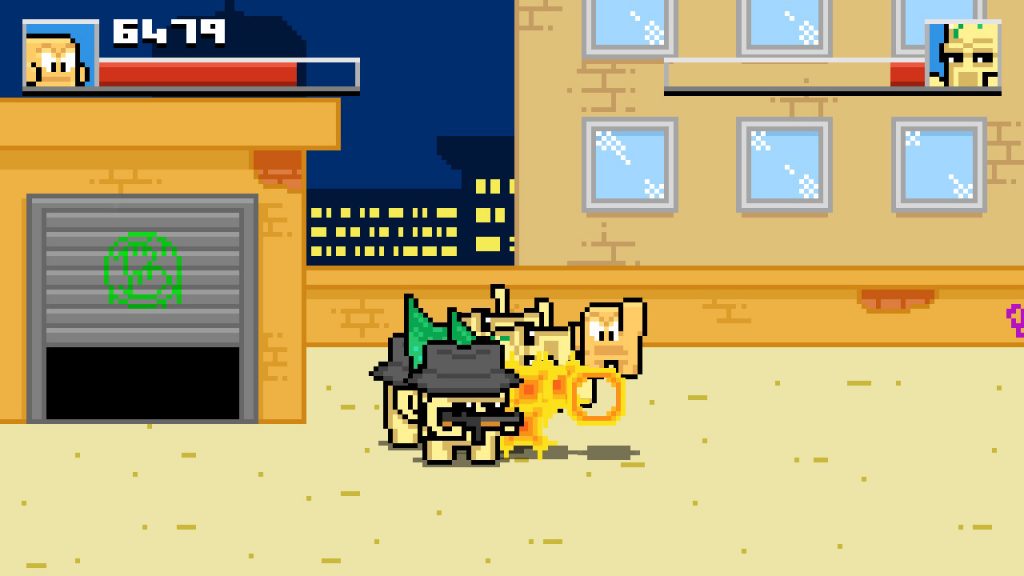 Squareboy vs Bullies: Arena Edition is an entertaining release that offers some mindless beat ‘em up action. It is probably best played with younger players since it’s not a challenging release for those who are more experienced in the genre. It’s a bit weird that you end up beating up bullies as a way of teaching them to stop bullying others, but it’s the thought that counts, right?

Disclaimer
This Squareboy vs Bullies: Arena Edition review is based on a Nintendo Switch copy provided by Ratalaika Games.

VA-11 HALL-A Will Release In North America on November 14!