[Beyond PlayStation] Quest of Dungeons Review


I reviewed Quest of Dungeons on the Wii U about a year ago, and the game is now available for Nintendo’s latest console – this means you can buy it on Nintendo 3DS, Nintendo Wii U or Nintendo Switch! There is no cross-buy for the Nintendo Switch version with the other two, so you will have to buy it for Switch if you want to play it.

Quest of Dungeons is a roguelike dungeon crawler with a choice of four difficulty settings: Easy, Normal, Hard and Hell. This makes the game very accessible to gamers of all skill levels… but even at the lowest difficulty, you should expect to die. A lot. When you die, everything you had on you is gone, and you will need to start from scratch – hence why this is a roguelike. 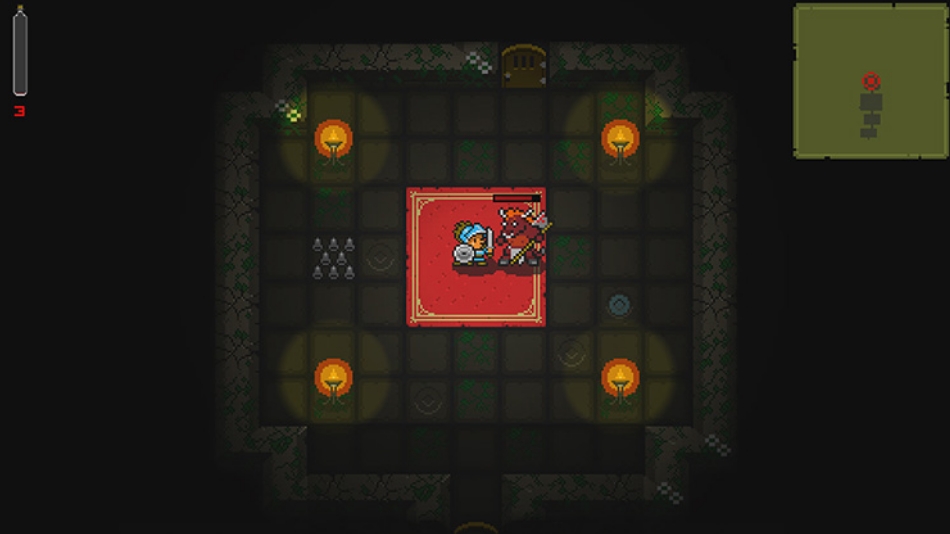 You have a choice of four characters to play with. Do you prefer up close melee combat? Then the Warrior might be for you since he can swing swords, axes, and use spells if needed. Do you prefer a pure magic-based character with a ton of magic skills to use and learn? Then the Wizard may is exactly what you’re looking for. Do you favor a mix of melee and magic? Then enter the Assassin, who is good at both without excelling in either one. Finally, you have the Druid which is a pure mixed class with access to pretty much everything, which is great but does mean he masters none of them. 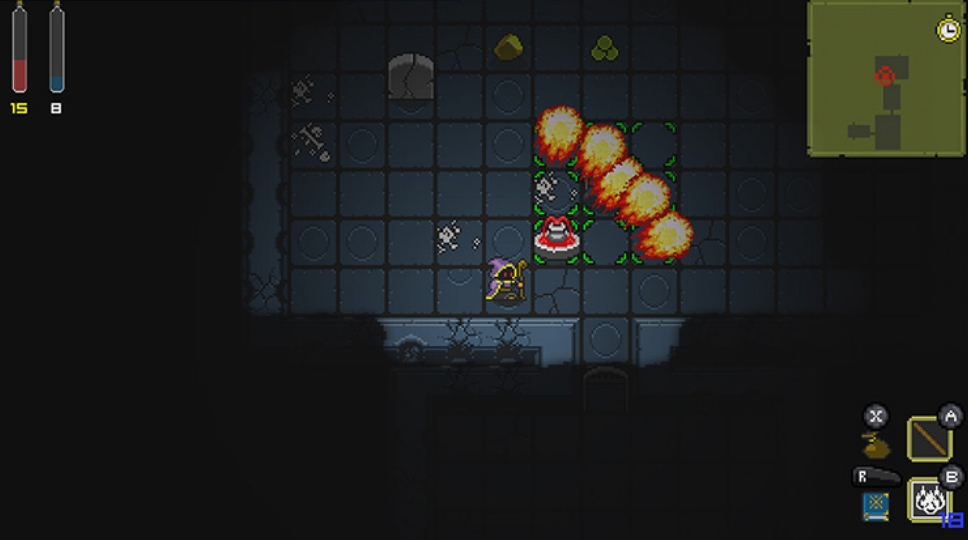 Each run you do places you in a dungeon, hence the name of the game, with multiple floors to explore on a grid layout. Combat is in real time, so both you and your enemies can go at it without pause. Each floor has plenty of loot, money, armor, weapons and more to collect out in the open, as well as some hidden stuff here and there in what seem to be out of reach spots.

Some floors have a very useful merchant from which you can buy new and better weapons and gear, as well as healing potions and food you can consume to restore some of your HP. You will need A LOT of coins to buy new stuff as the shop prices are very high, but the stuff for sale is definitely worth it. You will also find treasure chests, and while some can be opened without any trouble, others will require a key or two. 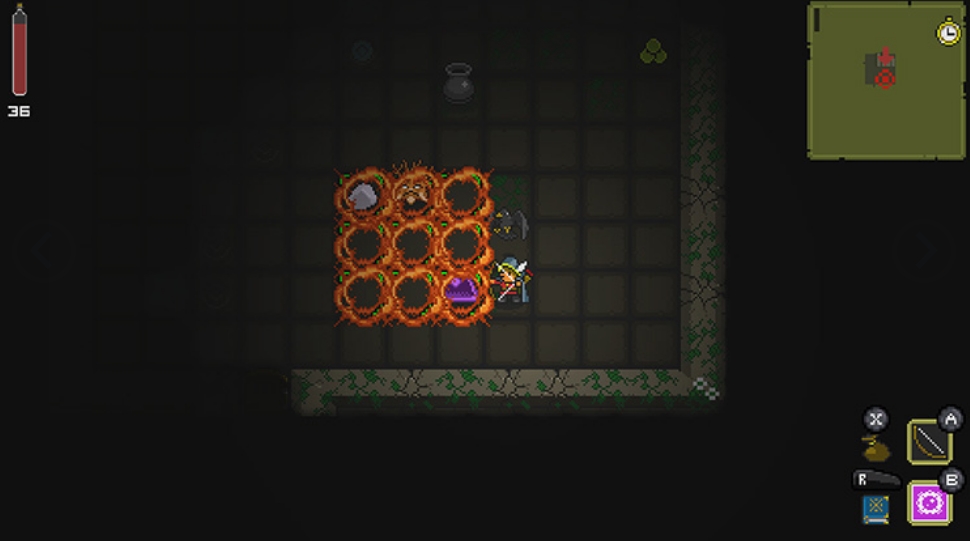 At the top of the screen is an orange bar which you will fill up as you progress in the game thanks to the experience points you will get from your adventuring. The more you do and the more enemies you defeat, the more you will level up, increasing your attack, defense, HP and other stats to have a better chance to survive against the onslaught of enemies and mid-bosses in your path.

There are also quests to complete, and reaching the objectives you are given will reward you with experience points and coins to spend at the merchant’s shop. These quests ask that you find a specific item, kill a specific number of enemies, or that you defeat some mid-bosses. Quests are very much worth doing just for the experience points alone, so get to it! 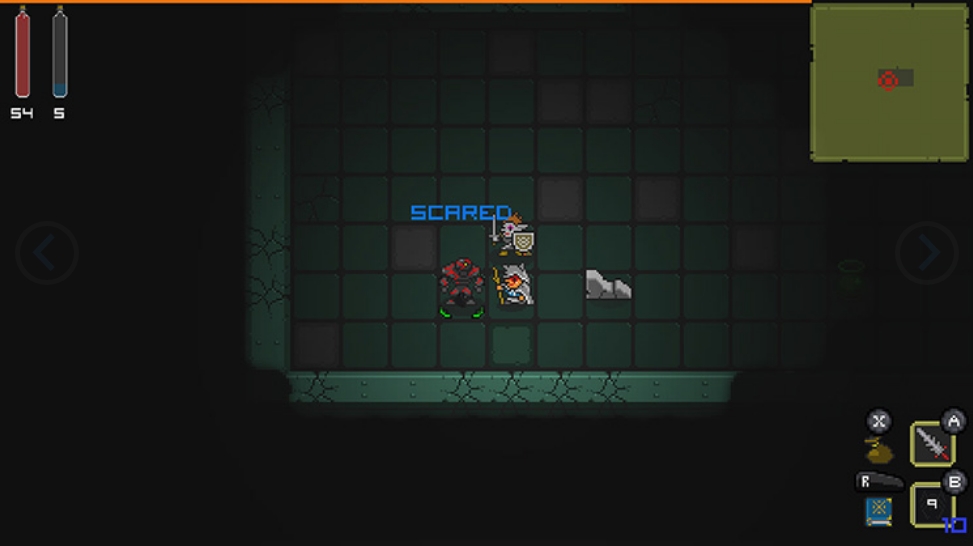 Quest of Dungeons is a very fun game. It was a lot of fun on Wi U and 3DS, and this is still the case for the Nintendo Switch version. The only real difference is that, due to the nature of the Switch, you can play exactly the same game at home or on the go without any trouble while in its Docked, Handheld or Tabletop modes. If you’re looking for an action-packed released on Switch, then I highly recommend this one! 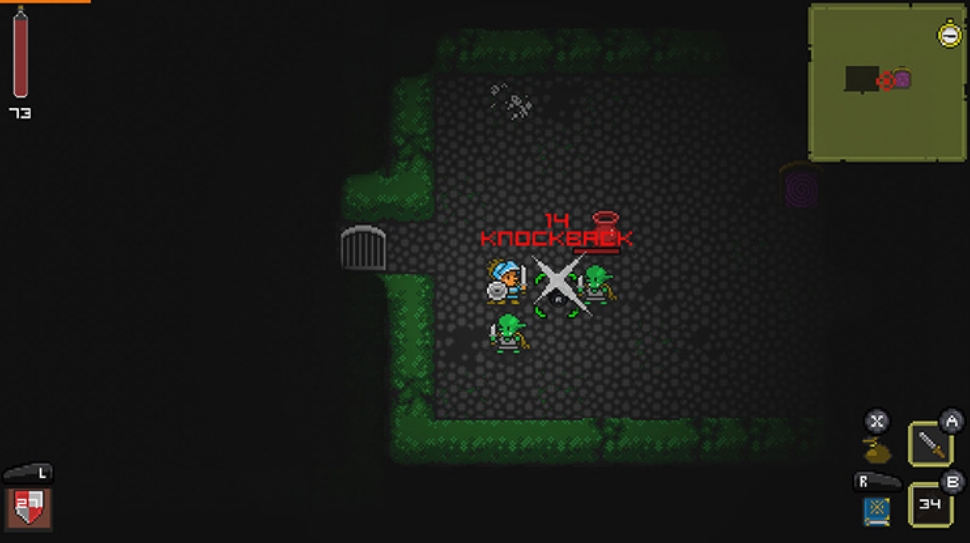 Disclaimer
This Quest of Dungeons review is based on a Nintendo Switch code provided by Upfall Studios.